Android 13 is here. It’s packed with useful features that will make your phone better, although they’re easy to miss. Don’t worry: We did all the digging for you. Here’s what you need to know about the latest and greatest version of the world’s most popular mobile operating system.

Google released Android 13 on August 15, 2022, and the update will be rolling out to phones over the next few months. While it’s short on splashy, in-your-face changes, Android 13 is packed with useful features you need to know about.

Icons That Match Your Wallpaper

Android 12 introduced a brand-new theming system called “Material You.” It grabs colors from your wallpaper and applies them throughout the phone. That included Google-made app icons on the home screen, but Android 13 brings it to all icons.

It still doesn’t apply to all icons automatically—developers need to enable to feature on their end. However, it’s still much more useful than it was. Now you can get your home screen to look perfect.

Maybe you want most of your apps to be in your primary language, but there are a couple of apps you’d prefer to use in your secondary language. You can adjust it from the app’s information page in the system settings.

Quick Tap to Turn on the Flashlight 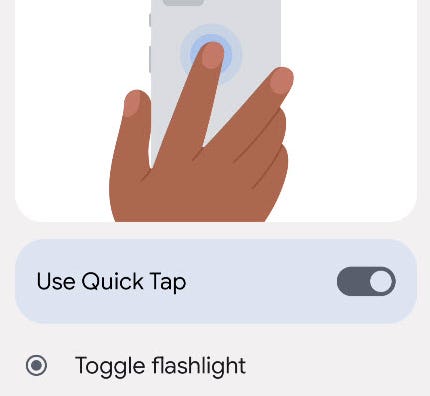 Quick Tap was introduced in Android 12 as a way to trigger actions by tapping the back of your phone. However, one of the most common actions people might want was left out. That’s fixed in Android 13.

Finally, you can set “Toggle Flashlight” as an action with the Quick Tap gesture. This is a Pixel-only feature, unfortunately. If you don’t have a Pixel, there’s another easy method to do it.

“Bedtime Mode” is a part of the Do Not Disturb and Digital Wellbeing tools. It’s aimed at helping you wind down at night with a number of features to make your phone less appealing to use.

Android 13 adds a couple of new features to Bedtime Mode. First, it can dim your wallpaper to be easier on your eyes. Plus, Android’s Dark Theme can now be set to turn on with Bedtime Mode.

There are tons of apps that require permission to access your media files. Before Android 13, that was an “all or nothing” permission. If an app needed it, it could access all your files. Thankfully, that has been fixed. Android 13 allows you to select only the specific photos and videos the app can access.

Clipboard access is another thing that has been pretty wide open on Android (and iPhone) for a long time. Recently, Android gained the ability to at least show you when an app accesses the clipboard.

Android 13 further improves clipboard privacy by automatically clearing it after an undisclosed period of time. If you have some sensitive data in the clipboard, it won’t stay there forever.

For as long as Android has existed, apps have been able to send notifications as soon as you install them. You have to go out of your way to turn them off. Android 13 completely flips this approach. 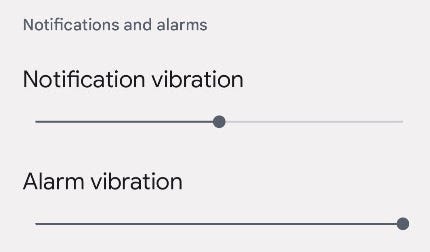 Adjusting the volume for alarms, notifications, and media is a simple thing to do. Now it’s possible to do the same thing for vibration strength in Android 13.

The vibration settings in Android 13 include strength sliders so you can adjust it for calls, notifications, alarms, touch feedback, and media. It’s a nice little touch. 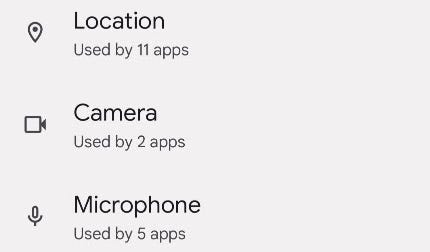 Android 12 introduced the “Privacy Dashboard“—a one-stop spot for checking up on which apps are using which permissions. Originally, it only gave you a look back at the last 24 hours, but Android 13 bumps that up to seven days. This is important for catching apps that might not be used as often.

See Which Apps Are Active

The vast majority of Android apps do not need to be closed. However, some apps have special needs that allow them to be “Active” in the background at all times. Fitness trackers are a good example of this.

Android 13 makes it easy to see how many of these “Active” apps are running. Pull down the Quick Settings panel, and you’ll see an indicator at the bottom. From here, you can stop the app if you’d like.

Android 13 has a lot to offer—just not on the surface. Updates that revolve around privacy and smaller “Quality of Life” improvements aren’t flashy, but they’re arguably even more important. Enjoy Android 13 when your device gets it!

(As usual, however, not every Android device will get Android 13. Many people will have to buy a new Android phone to get it. Your Android phone’s manufacturer will be able to provide you with more information about when—and whether—your device might get the update.)