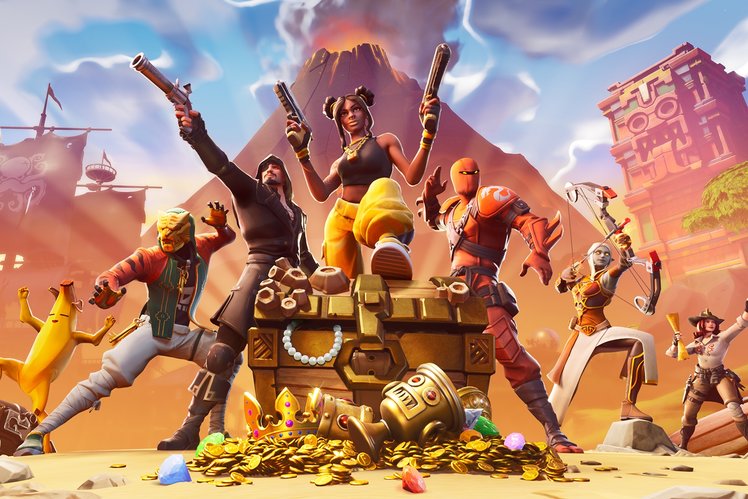 Fortnite Battle Royale is the biggest game in the world, and has been for some time – and we’re not just counting player numbers, but also sheer pop-cultural power. Bedrooms and living rooms in homes around the globe are resonating with the sound of automatic weapon fire, the clanks and thwops of crafting and teenage exclamations at suddenly dying.

While the game is built around the need to hone your skills and reaction times, there are a few things I wish I’d known before I started playing – they might just help you out, too.

Fortnite Battle Royale matches start with a bang. It’s really important to get a good range of gear as fast as you can, regardless of what guns are actually your favourite to use. Aim to land near buildings that you can search for loot before other players get to them.

Then, as you progress, be sure to manage your guns, ammunition and medkits. You need to hoard as many of these as you can. But you also need to know when you’re running low on bullets so you can change up.

Although you can, of course, build your own cover, it’s essential to use your natural surroundings in Fortnite to get cover and out-manoeuvre enemies. Always be aware of vantage points that can be used to snipe you. Maintaining a better line of sight to other players will give you the upper hand.

At the same time, be aware of where the storm is at all times, and how the circle is moving. This not only ensures you aren’t forced out of your hiding place but can mean you’re ready to pick off other players who have been caught out.

One of the joys of Fortnite is that no two games are the same. You will no doubt have favourite weapons and locations in the game, but don’t get too wedded to one style of play. You need to be able to adjust your tactics to the situation you find yourself in.

This means that keeping a varied inventory of weapons, potions, tools and medkits is important. You never know what you will stumble upon around the next corner, so having a wide arsenal to draw from will stand you in good stead.

This is true of all battle royale games, really – you have to develop a sense of patience. This applies quite widely – it can mean during a match, when you’ve got to play it cool and make sure to only engage other players when you think you’ll have the other hand.

It can also be about your attitude to Fortnite as a whole, though. Battle royale games, with their large pools of players, are hard to win, and you’ll often go quite a while between victory royales. Maintaining your focus and not getting frustrated is a skill in itself, one you can develop.

Fortnite is a game about outwitting the other players. You might do this by sniping someone from higher ground, but there are many other less reputable ways to win. Laying traps is a great way to do away with an unsuspecting player. Using loot to lure players into traps is a nice trick.

Building can also help you outsmart other players. If you are being targeted, building is a great first response – in fact, it’s pretty much necessary. But as soon as you do, you could give your position away to other combatants. A good tip is to build a big structure and then move away from it and wait for the other player to come and investigate. Once they are in your sights, you can take them down.

Playing Fortnite to win means paying attention to your surroundings in the real world as much as in the game. It’s essential that you don’t get interrupted or distracted by younger siblings or parents telling you it’s dinner time. Make sure you have enough time to play the game for a good stretch so you can get into your groove.

Having a good headset will also help you communicate with teammates as well as hear what’s going on around you in the game. Being able to hear the footsteps of another player clearly can make the difference between life and death.

If you are on a losing streak, don’t just belligerently keep at it, getting more and more irate. Take a break; play something else; go outside, maybe. When you return you’ll be fresh and ready to go.

If you’ve looted or entered a house and leave the door open, it’s a clear sign to other players that you’re in there – this is battle royale 101, people. Because of this, it’s advisable to close the door behind you once you’ve gone in.

Doors can also be used, if left open, to lure other players into a structure. Some teams also agree a door protocol where they leave doors open to indicate that they’ve looted the house and save teammates time.

When playing in teams it’s important that you can communicate quickly and efficiently. Therefore, make sure you know the names of the main locations on the map, and discuss rally points as you parachute down.

Players also develop words to quickly indicate the state of nearby enemies. “Knocked” can indicate when a player has been hit to the ground. “Push” is a helpful shorthand to advance. “Potato aim” is one you can use to identify an easy enemy. “Team left/right” can tell your teammates where other players are coming from. You can also use the compass to identify enemy positions.

Understanding the different weapons in Fortnite is, again, critical to doing well. Not only are there different varieties, but the colour indicates how rare and powerful they are. Gray is the most common, then green, blue, purple and orange.

At each of these levels the weapon’s Damage Per Second value increases. Having a rare gun can make all the difference in those final showdowns where every bit of health matters, so make sure to pick up any rare shiny guns you find.

The building mechanics in Fortnite can be a bit of a barrier for new players – they’re a tiny bit fiddly, and when you get to the tail-end of matches people tend to be throwing up fortifications insanely quickly.

Thankfully, in early 2022 Epic added permanent new modes that ditch building entirely, making for a purer battle royale experience, and it’s a great way for shooter fans to get into the game without overcomplicating matters.