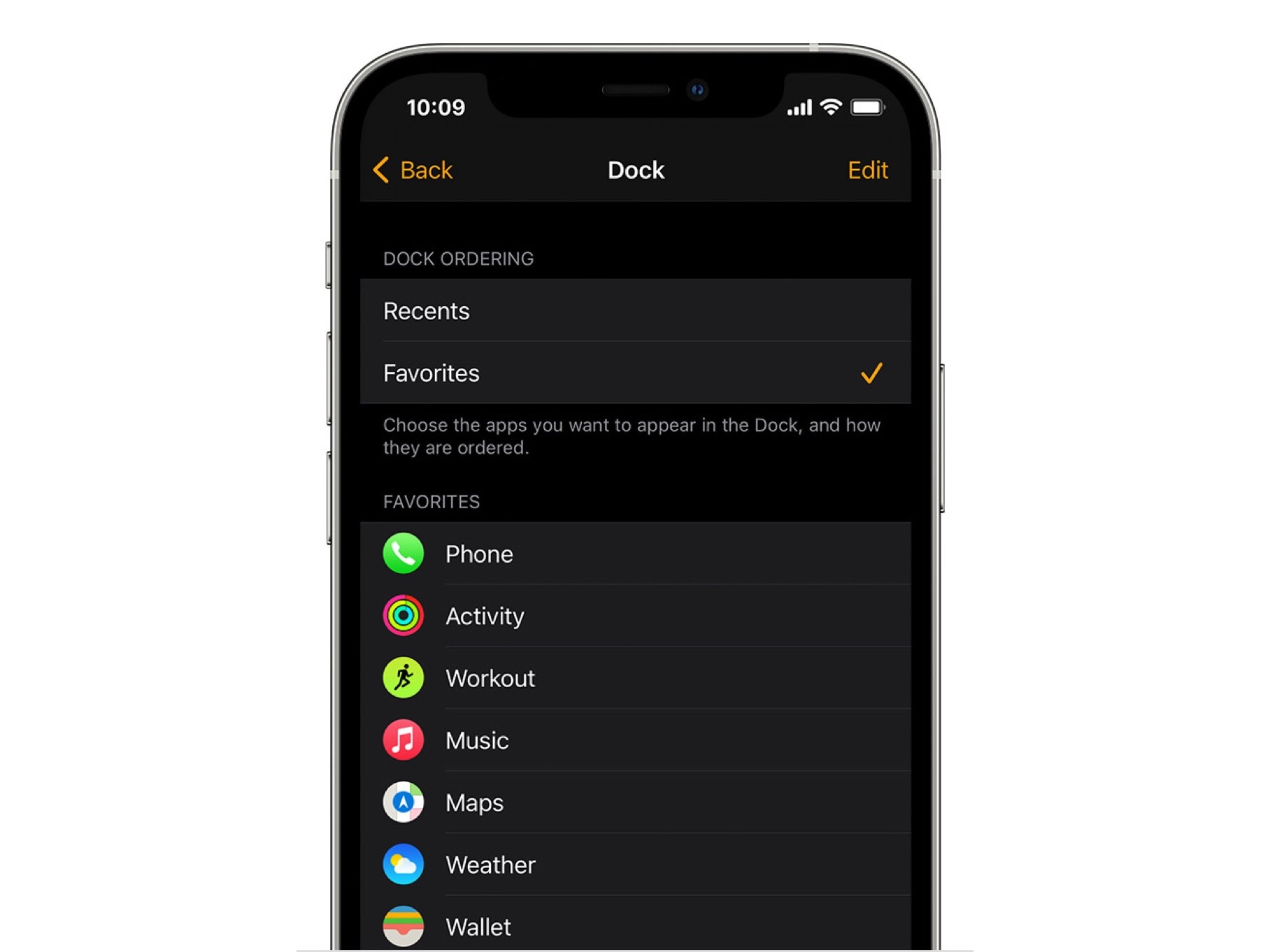 Apple Watch is undoubtedly one of the best smartwatches available out there. From tracking your workout to showing notifications to answering calls, Apple Watch can do a lot. Thanks to continued software support and updates, Apple has added a number of features to the watchOS in the past few years. There are just so many Apple Watch features that sometimes a lot of them go unnoticed. Here’s a list of twelve less-known Apple Watch tips and tricks that you might not know about:

To access favorite apps using the side button, go to the Watch app on your iPhone. Select Dock and then tap Favorites. Now you can select the apps that you want quick access to. For example, I have added the Workouts app, 365Scores (for soccer scores), Music, Phone, and some other apps that I can quickly launch by clicking the side button.

One of the great features of the Apple Watch is that you can answer phone calls directly on the smartwatch. However, there always comes a situation wherein you’re not able to answer the call out loud on your Watch. In these situations, it’s best to silence the call. To quickly silence the call on your Apple Watch, just rest the palm of your hand on the Watch’s display and the call will be silenced. This trick also works for timers and other alerts.

Apple Watch is arguably one of the best fitness trackers out there. However, one of the annoying things about the smartwatch from Apple is the three-second delay it takes before the start of every workout. But, did you know that you can skip it? To directly start the workout without any delay, select the workout that you plan to do and then quickly tap on the screen to skip the countdown and go straight in.

Despite using an OLED display, it can sometimes become difficult to read time, for e.g., in direct sunlight and using an analog watch face. Thankfully, Apple has built-in a feature on the Apple Watch that comes in handy in such situations. Simply tap and hold the display of your Apple Watch with two fingers and Siri will read out the current time loudly.

The Apple Watch Series 7 features a brand new display with slimmer bezels than the last generation. The Watch also features new sensors and is powered by the powerful Apple chipset. Check out all the deals on the device using the links given below.

Thanks to the support of developers, the Apple Watch app ecosystem has grown immensely. There are thousands of apps you can download on your Apple Watch. However, apps cost storage space and sometimes have a large number of apps making it difficult to find the one you’re looking for, especially on such a small screen. For such situations, Apple has built-in the feature wherein you can delete the unwanted apps from your Apple Watch.

If you’re in the home view, or the honeycomb app view, simply tap and hold on an app icon till the Watch enters the “jiggle” mode. Now, just like your iPhone, you can tap the delete button (x button) to remove the app from your Apple Watch. If you’re in the list view, swipe left on the app that you want to delete and then tap the red delete button.

If you hear a song and want to know what it is, just wake up Siri by saying “Hey, Siri” or pressing and holding the Digital Crown. Once Siri is triggered, just ask “What song is this” and Siri will let you know. Sadly, there’s no iPhone-like Shazam Control Centre button right now that lets you search a song without asking the virtual assistant, but we do hope it comes with the next iteration of watchOS.

Apple Watch is probably the only smartwatch that runs on powerful hardware and software. But, in the end, it is powered by an operating system and it can malfunction unexpectedly. If your Apple Watch is unresponsive, you can force restart it. To force restart an Apple Watch, simply press and hold the Digital Crown and the side button till you see the Apple logo.

These are some Apple Watch less-known tips and tricks that you need to know about.