PC tech leaks specialist site VideoCardz has shared some exclusive shots of what it claims to be an Intel Alder Lake-S desktop CPU sample. It shared the picture below in an article which also shared some scribbled on shots of the heastspreader of a Rocket Lake-S CPU from PC DIY enthusiast Wing Tzeung. 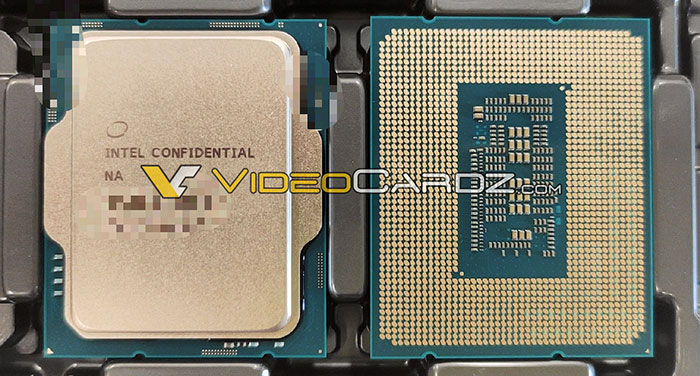 Intel has confirmed that its 12 Gen Core series processors for desktops, codenamed Alder Lake-S, will launch next year, with most tech watchers expecting a release in Q4. We still haven’t got the last hurrah for 14nm on desktop yet (Rocket Lake-S).

You don’t have to look very closely at the purported Alder Lake-S CPU to figure out a new socket will be necessary. The upcoming socket will be dubbed LGA1700, with reference to the contact count. According to VideoCardz the rectangular 12th gen CPU is 45 x 37.5mm, compared to the 37.5 x 37.5mm square of the preceding LGA 1200 compatible parts.

Alder Lake-S will be an interesting offering from Intel as it will feature a mix of Gracemont (small) and Golden Cove (big) cores in one package. It is expected that the flagship Alder Lake CPU will have 16 cores – 8 small and 8 big – since the bigger cores can do hyperthreading we are looking at a CPU with 16C/24T. Some folks are wondering how Intel is going to sell the idea of the little cores in a desktop CPU but we will have to wait and see for that.

Moving on to the in-the-wild Rocket Lake-S CPU photos and there is not much to gain from viewing these. Intel released some official architectural details of its 11th Gen Core desktop processors just last week. If you missed that it is well worth a look over, and I have included the key platform features slide below.

Tzeung, alongside the photo below, indicated that the Rocket Lake sample(s) he had easily reach 5GHz on all cores. Intel will release these parts in Q1 2021, a wide time window that extends to 31st March next year… 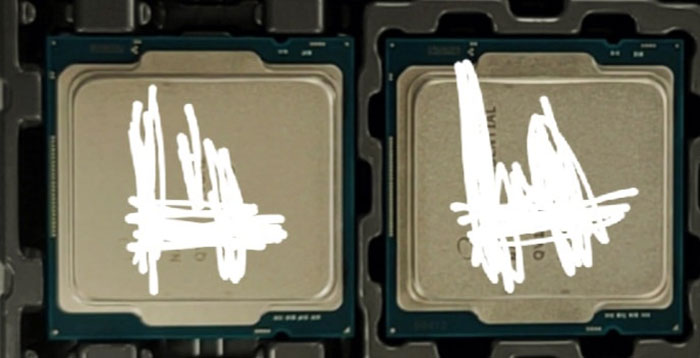