Guess what? Global marketing is no longer reserved for brands with deep pockets, nor is it a huge hassle for already over-burdened marketing managers.

In fact, a global presence is possible for any business with a creative strategy and an understanding of world markets.

What Is Good Global Marketing?

Global marketing is the act of focusing a product on the needs of potential buyers in other countries.

Like most types of marketing, though, a global marketing strategy comes down to one thing: audience. Knowing who needs your product, in what form to deliver it to them, and how to do it in a way that strengthens the brand are core ingredients of awesome global marketing.

Typically, a global marketing strategy requires a business to do new market research, identify countries where the business’s product might be successful, and then localize the brand to reflect the needs of those communities. However, localization is not always necessary. Some brands adopt a global standardization strategy instead.

In contrast to localization, where there’s a more differentiated marketing approach to each market, global standardization provides significant cost benefits as a result of less messaging and fewer campaigns.

However, the key is in knowing when a global standardization strategy will be effective. Because it banks on a universal appeal despite cultural or locational differences, you’ll need to research whether customers use or think about your products differently depending on their market. If there’s no difference between the usage and understanding from country to country, a global standardization approach is practical.

Choosing localization or global standardization is one aspect of creating a great global marketing strategy.

To give you an idea of what a great global marketing strategy looks like, we’ve compiled a list of brands that totally “get it.”

From adapting their social strategies to translate across multiple languages to adjusting their menus to appeal to the cravings of a diverse group of people, these brands are taking positive steps toward creating a solid presence across the globe.

So, if you’re looking for inspiration on how to craft a successful international marketing strategy and expand your business’ reach, check out these examples from these successful companies.

Austrian company Red Bull does such a great job with global marketing that many Americans assume it’s a local brand. How?

One of its most successful tactics is to host extreme sports events all over the world. From the Red Bull Indianapolis Grand Prix to the Red Bull Air Race in the United Kingdom to the Red Bull Soapbox Race in Jordan, the brand’s powerful event marketing strategy takes them here, there, and everywhere. 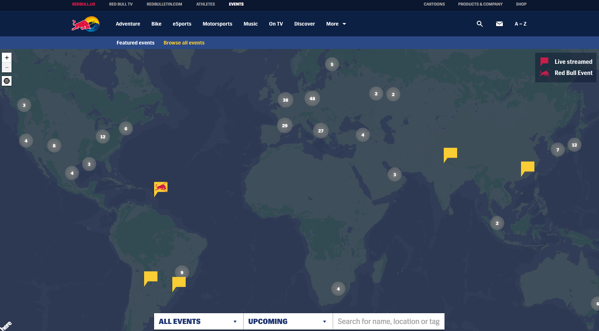 Aside from events, Red Bull’s packaging also plays a part in its global appeal.

“Red Bull really looks like a product from a global economy. It doesn’t look like a traditional American soft drink — it’s not in a 12-ounce can, it’s not sold in a bottle, and it doesn’t have script lettering like Pepsi or Coke. It looks European. That matters,” explains Harvard Business School professor Nancy F. Koehn in a 2001 article. Though it’s since diversified its product selection since that article was published, the fact remains that Red Bull’s consistent packaging has helped this brand go global.

Airbnb, a community marketplace for people to list and book accommodations around the world, was founded in 2008 out of San Francisco, California.

Since then, Airbnb has grown to 1,500,000+ listings in 34,000+ cities worldwide. A large contributor to the company’s explosive global success? Social media.

In January 2015, Airbnb launched a social media campaign around the hashtag #OneLessStranger. The company referred to the campaign as a “global, social experiment,” in which Airbnb asked the community to perform random acts of hospitality for strangers, and then take a video or photo with the person and share it using the hashtag.

Just three weeks after the launch of the campaign, over 3,000,000 people worldwide engaged, created content, or were talking about the campaign.

In case you missed it, National Donut Day was last June. And while we were getting our hands dirty with a Boston creme (or two) here in the states, Dunkin Donuts China was serving up a fresh batch of dry pork and seaweed donuts.

With over 3,200 stores in 36 countries outside of the U.S., Dunkin Donuts has evolved its menu to satisfy the sweet tooth of its global customers.

Similar to Dunkin Donuts, Domino’s has prioritized menu innovation as a means of increasing international interest and awareness.

“The joy of pizza is that bread, sauce, and cheese works fundamentally everywhere, except maybe China, where dairy wasn’t a big part of their diet until lately,” explains Domino’s CEO J. Patrick Doyle.

“And it’s easy to just change toppings market to market. In Asia, it’s seafood and fish. It’s curry in India. But half the toppings are standard offerings around the world.”

By making a conscious effort to gain a better understanding of the preferences of the markets it’s trying to break into, Domino’s can deliver pies diverse enough to gain international attention.

Some companies may not be trying to attract global markets directly, but if their clients are, they better know how. Rezdy is an Australian-based reservation software designed to make online booking smoother for tourists and agents alike.

Though Rezdy’s clients are Australian-based, the company needs to cater to its clients’ international visitors. Click on the screenshot to check out this fun video on Rezdy’s homepage: 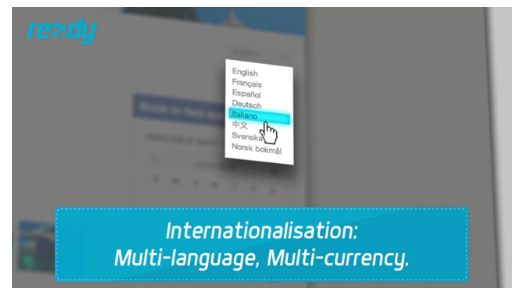 The first feature the video spotlights is “Internationalisation.” The video walks us through how easy the service is for users, but is sure to emphasize the language and currency customization tool upfront. Even if your company is marketing to other regional companies, consider their global customers as if they were your own.

WWF took its Earth Hour initiative — a voluntary worldwide event where participants turn off their lights for an hour to show how easy it can be to battle climate change — and brought it to Norway’s mobile audience. 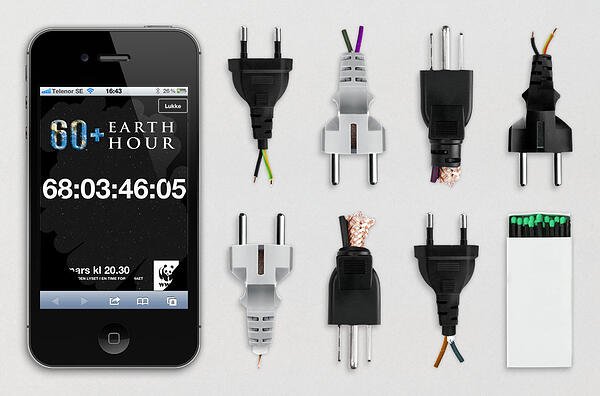 Have a cool idea? Don’t be afraid to try it out on one international market — just make sure it’s the appropriate audience. (Also, don’t be afraid of the dark.)

With offices in Dublin, London, Vancouver, Atlanta, and Wellington, Pearse Trust has grown to be an international authority on corporate and trust structures. But it takes more than offices all over the map to reach an international audience.

That’s why Pearse Trust keeps content flowing on its Facebook page that engages its various markets. In this screenshot below, you can see Pearse Trust posts lots of content featuring international affairs relating to the company’s practice. 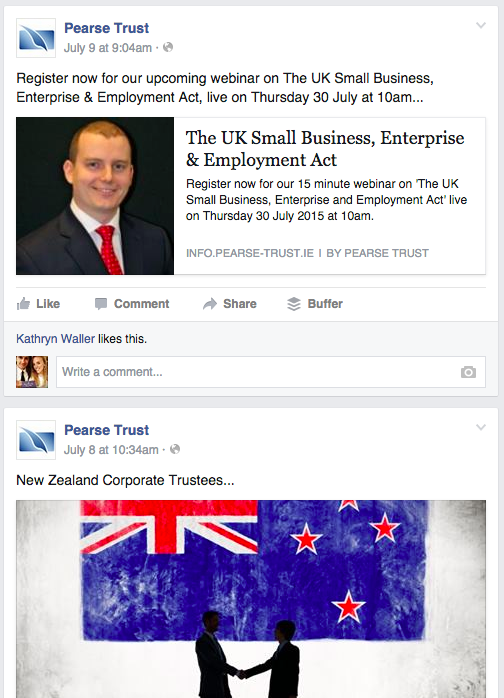 It also levels out external articles with Pearse Trust content, featuring news from places like Germany, Ireland (where it has a Dublin office), and the U.K. (where it has a London office). This is a great example of focusing on common interests shared among your company’s various markets while also making the content relatable to customers by region.

Nike has been able to evolve its global presence through the careful selection of international sponsorships such as its previous long-standing relationship with Manchester United.

Although sponsorship spending can be fairly unpredictable — demand costs tend to surge due to triggers like championships and tournaments — these partnerships have certainly helped the brand capture the attention of a global audience.

Nike’s NikeID co-creation platform serves as another strategy that the company is using to appeal to international markets. 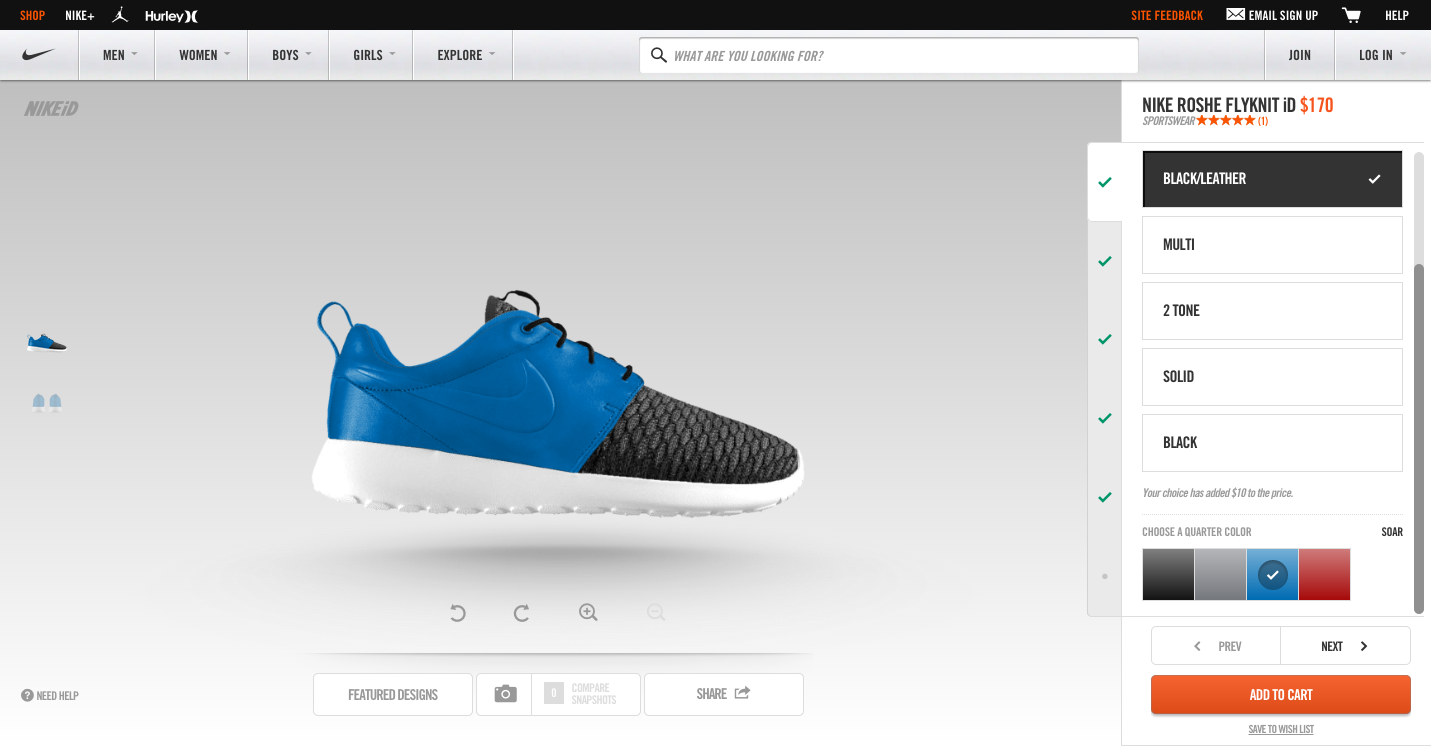 By putting the power of design into the hands of the consumer, Nike is able to deliver customized products that align with different cultural preferences and styles.

We all know McDonald’s is a successful global brand, so unlike its menu, I’ll keep it light.

While keeping its overarching branding consistent, McDonald’s practices “glocal” marketing efforts. No, that’s not a typo. McDonald’s brings a local flavor, literally, to different countries with region-specific menu items. In 2003, McDonald’s introduced the McArabia, a flatbread sandwich, to its restaurants in the Middle East.

McDonald’s has also introduced macaroons to its French menu: 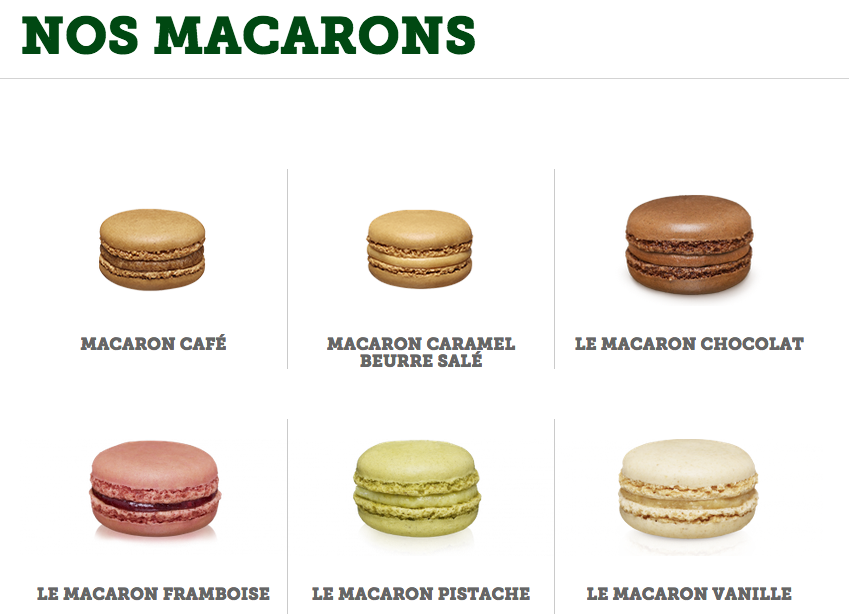 And added McSpaghetti to its menu in the Philippines:

This “glocal” approach has helped put McDonald’s at
#9 on Interbrand’s Best Global Brands 2014.

Innocent Drinks is the leading smoothie company in the U.K., but that’s not the only place you’ll find its products. In fact, Innocent products are now available in 15 countries across Europe.

And despite its widespread reach, the company’s “chatty branding” remains consistent across the board. For instance, the website is very bubbly, with contact information that reads “call the banana phone” or “visit the fruit towers.” 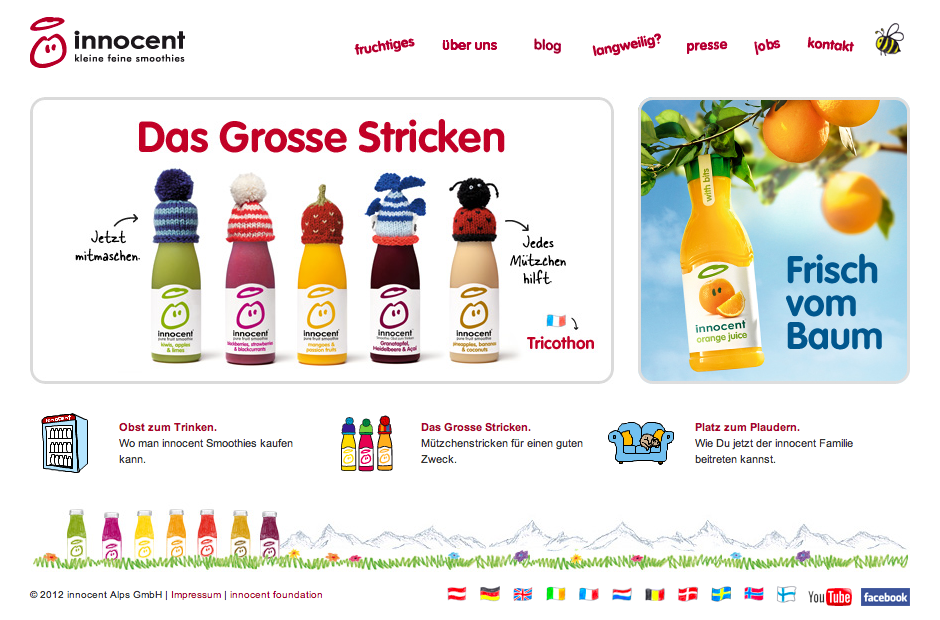 While global expansion and rapid growth can sometimes distract a company from consistent branding, Innocent Drinks has managed to remain true to itself. By ensuring that the brand’s voice is interpreted the same way around the world, Innocent is able to create a more recognizable brand.

The phrase “glocal” can be defined as “Think Globally, Act Locally.” But what happens when you switch the two around.

Whoa, fasten your seat belts — literally. Unger and Kowitt is a traffic ticket law firm based in Fort Lauderdale defending drivers in the state of Florida. Not very global, right? Well, Unger and Kowitt understands that America is a melting pot and that Florida is bursting at the seams with different cultures and languages.

Though a domestic service, the firm’s website is available in English, Spanish, Portuguese, and Creole. With these options, Unger and Kowitt can cater to Florida’s nearly 3.5 million Floridians who speak Spanish, Portuguese, or Creole. Don’t miss out on expanding your client base — sometimes you don’t have to look far to attract international business.

Coca-Cola is a great example of a brand using international marketing efforts. Though a large corporation, Coca-Cola focuses on small community programs and invests a lot of time and money in small-scale charity efforts.

For example, in Egypt, Coca-Cola has built 650 clean water installations in the rural village of Beni Suef and sponsors Ramadan meals for children across the Middle East. In India, the brand sponsors the Support My School initiative to improve facilities at local schools. Not to mention, the brand sticks with selling an emotion that can’t get lost in translation: happiness. Now, tell me this doesn’t look like fun:

As of 2018, Spotify was newly considered one of the best global companies in the world, according to Interbrand. We’ve all heard of Spotify (no pun intended), but how did it suddenly, and so quickly, expand from Sweden into other countries?

Spotify’s business model is focused on helping you find something new. 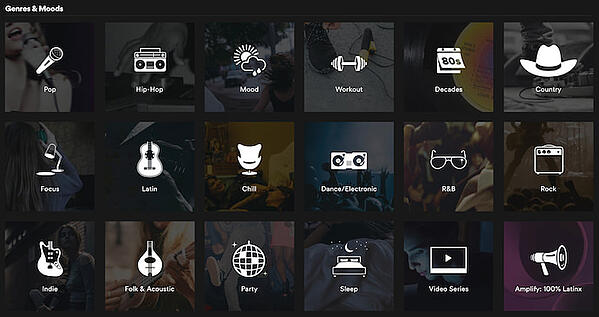 It’s one thing to select a genre of music to listen to — it’s another thing to select a “mood” to listen to. The screenshot above is part of Spotify’s “Browse” page, where you can listen not just to “country” and “hip-hop,” but also music that caters to your “workout” or “sleep” preferences.

By changing how they describe their content, Spotify gets users to listen to music that goes beyond their favorite genres, and instead satisfies habits and lifestyles that people share all over the world. This allows international artists to access listeners from other countries simply because their product is being categorized a different way.

Spotify now has offices in 17 countries around the world.

If you have global aspirations for your business, you need to find out what customers in different communities have in common — and how to localize your product for these different markets. Your first step? Take inspiration from one of the businesses above.