Another day, another set of average earbuds. 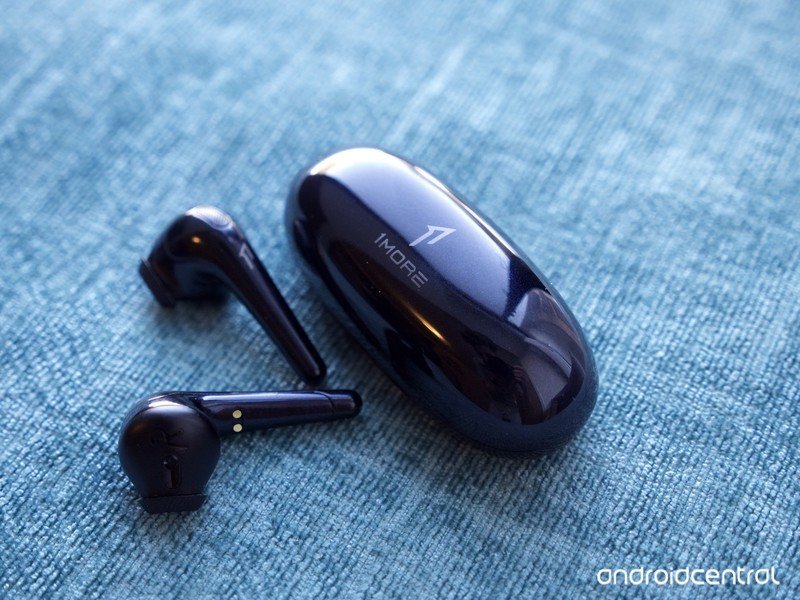 By 2021, I don’t blame you for getting tired of hearing about wireless earbuds. There are hundreds of different ones to choose from on Amazon alone, it seems like every company has released some version of their own buds at this point, and they keep coming out. Personally, I love it.

Not only have high-end earbuds gotten insanely good in recent years, but cheap ones have gotten cheaper and better, too. Just take one look at the best cheap wireless earbuds currently available and you’ll see what I’m talking about.

That’s why I was so excited to get my hands on the 1More ComfoBuds. The company previously impressed us with its 1More ColorBuds, and with the ComfoBuds looking to offer a similar experience for half the price, my interest was piqued.

After about a week of using the 1More ComfoBuds, however, I’m coming away from my experience pretty mixed. There are things about the 1More ComfoBuds that I really like, but given the cons they also carry and the relentless competition they’re faced with, they don’t stand out as anything special. 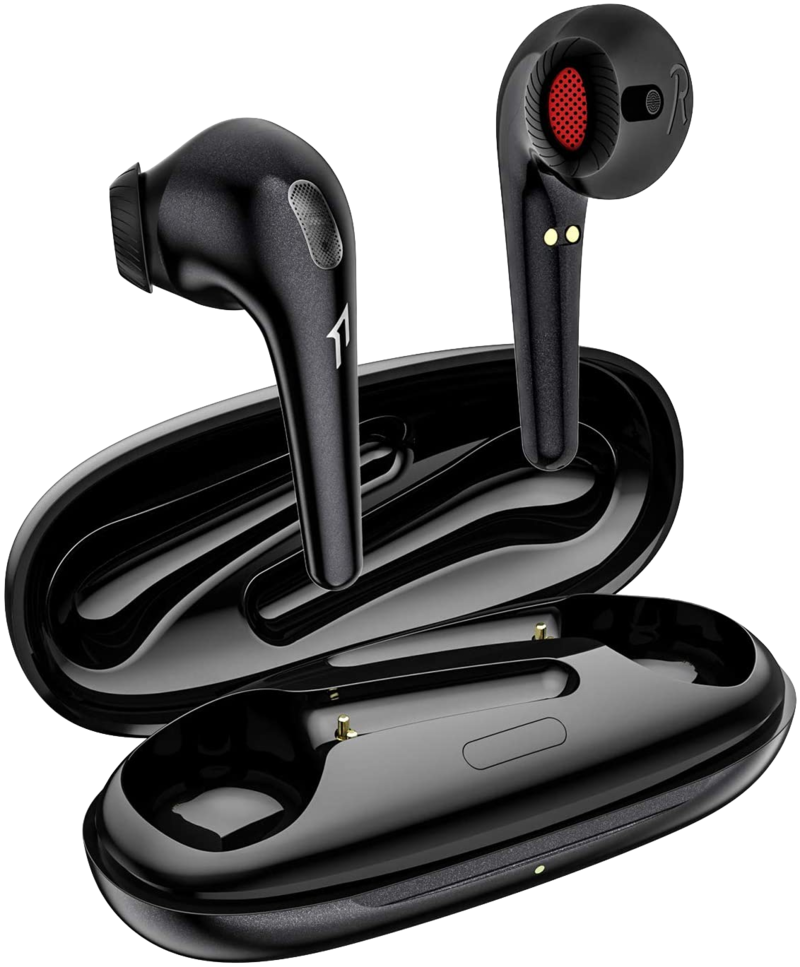 Bottom line: True to their name, the 1More ComfoBuds are very comfortable wireless earbuds with a wonderfully compact design. They’re lightweight, easy to wear for hours on end, and offer some added utility with an IPX5 water-resistance rating. Outside of the nice design, however, the ComfoBuds start to stumble. Battery life is quite short compared to the competition, there’s no ANC at all, and sound quality is as middle-of-the-road as it gets. With better options available for the same price or less, the 1More ComfoBuds end up being fine and nothing beyond that.

The 1More ComfoBuds are available for purchase right now, offered in two colors (black and white), and feature an MSRP of $60. It’s not uncommon to find them available for even less, though, with Amazon frequently offering a $10 discount that you can apply at checkout. 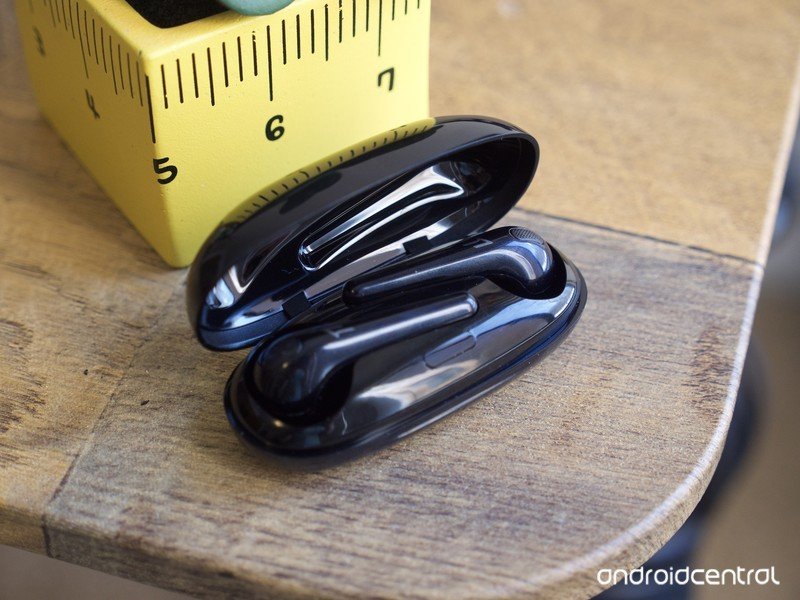 With a name like “ComfoBuds,” you’d expect them to deliver on at least one thing if nothing else — and that’s comfort. Thankfully, this is an area that 1More has (mostly) delivered on.

The biggest appeal of the ComfoBuds is the lightweight design, because once you put the buds in your ears, it honestly feels like nothing’s there. There isn’t any annoying bulk or weight, making it possible to wear them for hours on end without noticeable discomfort. I also really appreciate how small the included case is, and with a USB-C port on the back, charging it up is a breeze.

If you like the fit/feel of AirPods, you’ll love wearing the ComfoBuds.

The only potential downside to this design is the AirPods-inspired aesthetic. Not only do the 1More ComfoBuds look like a blacked-out version of Apple’s earbuds, but they also have a pretty similar in-ear shape. 1More has added a small rubber ear tip over the speaker to allow for some extra security, but considering this tip isn’t customizable, you’re still dealing with a one-size-fits-all approach.

My ears and AirPods get along just fine, so for me, this design works out really well. If you have trouble wearing AirPods, though, you’re probably better off with something different.

Speaking of the design, there are a couple of functional benefits that I’m really happy to see. The 1More ComfoBuds are backed by an IPX5 water-resistance rating, meaning you don’t have to worry about them coming in contact with sweat or rain. The earbuds can also detect when you take them in/out of your ears, allowing for automatic playing/pausing of your music. I was a little hesitant about how well this would work given the ComfoBuds’ low price, but to my surprise, it’s been very accurate throughout my testing. 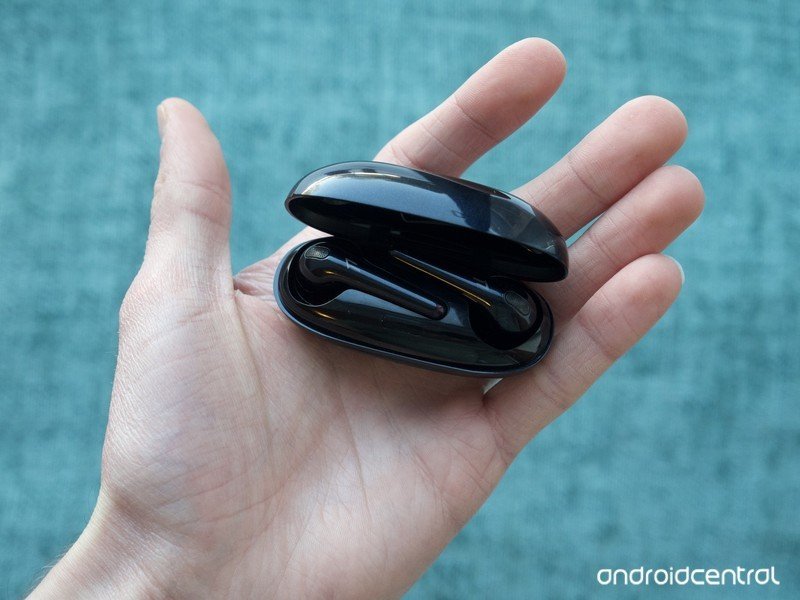 A lot of my praise for the ComfoBuds has to do with the design. The hardware that 1More has on offer here is quite solid, but as you start branching out to other aspects of the earbuds, that’s where things fall apart.

I’ll start first with sound quality. The 13.4mm dynamic driver for the 1More ComfoBuds sounds impressive on paper, but to my ears, the entire audio experience is extremely flat. Strong and clear vocals are the high point of the whole experience, but with lacking bass and a muddied profile when a lot of instruments come together, I always found myself wanting something more. It’s far from the worst listening experience I’ve ever had, but at the end of the day, it’s entirely forgettable.

More annoying than that, however, is the battery and charging situation. While I’m glad that USB-C is used on the charging case instead of Micro-USB, not having Qi wireless charging is a bummer — especially considering that so many other earbuds offer the feature at and below this price.

That becomes even more aggravating when you realize how often you’ll need to charge the 1More ComfoBuds. 1More advertises up to 4 hours of continuous playback and a total package of 18 hours when you factor in the charging case. That, my friends, is not good. For a quick comparison, here’s the kind of battery life offered on other cheap wireless earbuds: 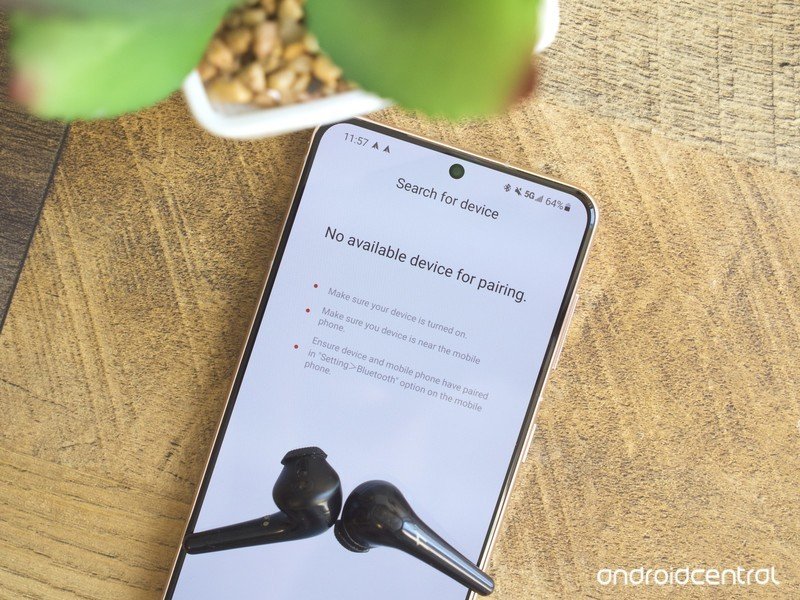 I’m sure some battery sacrifices had to be made to get the ComfoBuds to be as lightweight and small as they are, but with those other earbuds not being that much bigger or bulkier, it’s difficult to justify just how weak the endurance is. 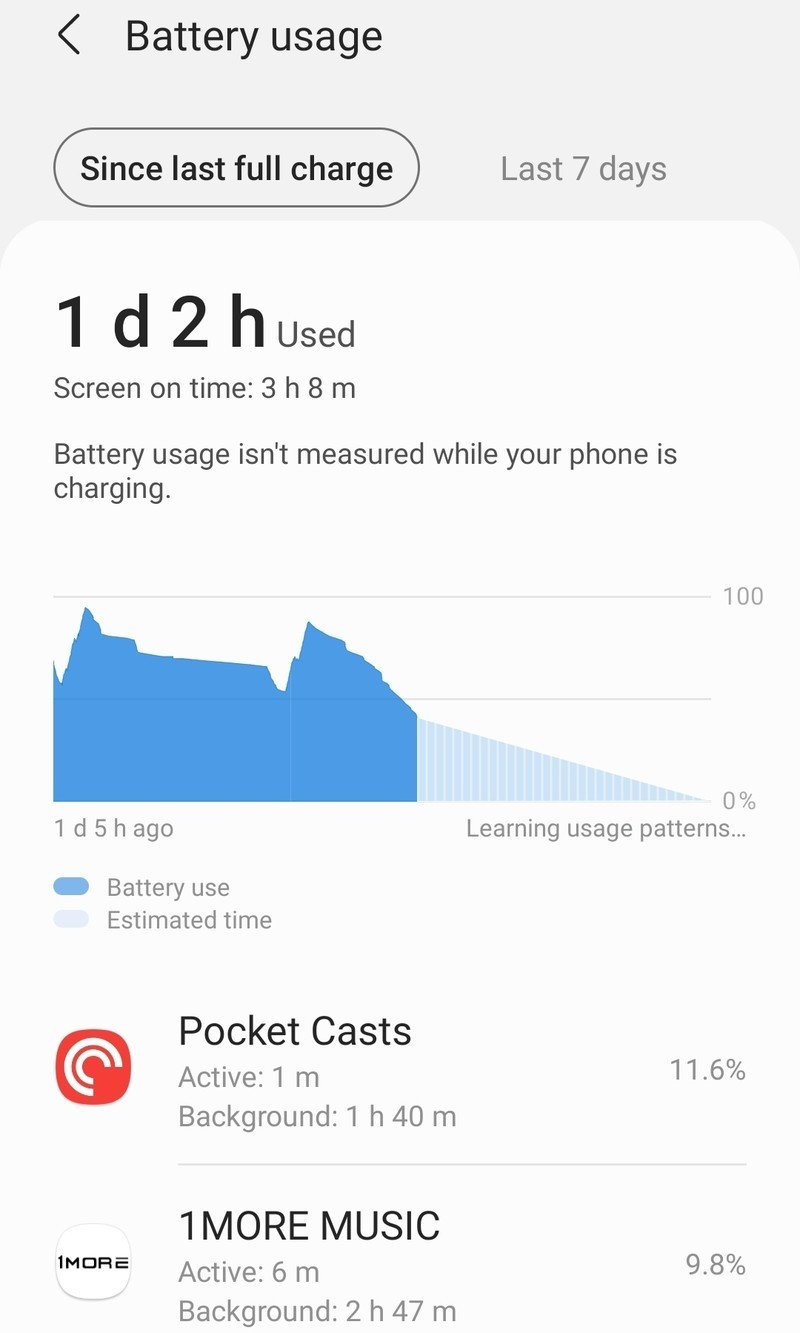 Speaking of weak, I’ve yet to have a good experience with the 1More ComfoBuds’ touch controls. A variety of actions can be performed using double and triple-taps, but even when tapping directly on the 1More logo — the area 1More recommends for “optimal click control response” — more often than not the earbuds ignore my commands.

That inconsistent performance also takes away the appeal of being able to customize the touch controls in the 1More mobile app, but that’s assuming you can get it working either. My luck with the app has been about 50/50. Sometimes it connects to the ComfoBuds just fine, other times it won’t see them at all, and that’s been a common occurrence throughout my testing.

Adding insult to injury, the 1More app will decimate your phone’s battery if you don’t force close it after each use. A couple of hours after downloading it on my Galaxy S21, I got a notification that an application was causing significant CPU and battery drain. As it would turn out, the 1More app was actively running in the background and had used up almost 10% of my battery in under three hours. Looking at a heap of one-star reviews on the Play Store, I’m far from the only person that’s experienced this. 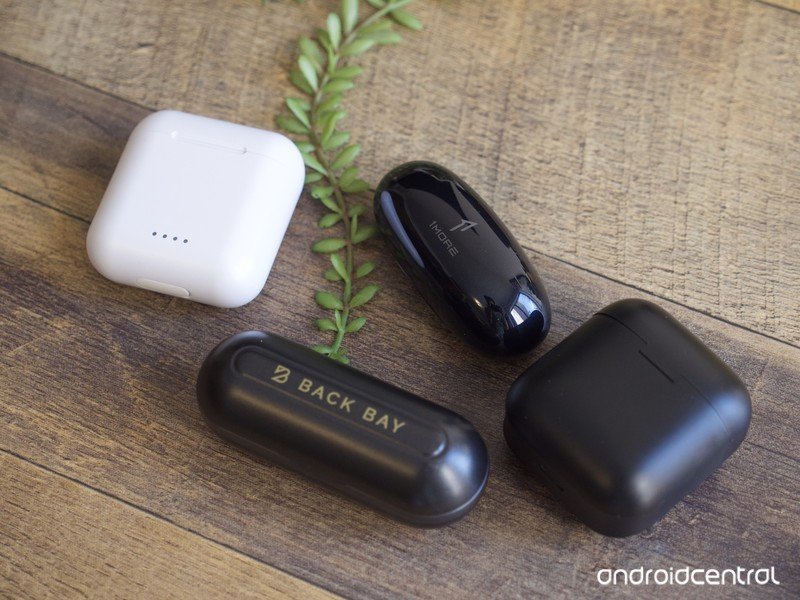 The 1More ComfoBuds may sound like an OK gadget in a bubble, but as someone that’s used countless other earbuds in this price range, the fact remains that there are ample ways you can get more for your money.

A good example are the Mpow X3. Available for exactly the same price as the 1More ComfoBuds, the X3 benefit from active noise cancellation, considerably longer battery life, and reliable touch controls. I’ve noticed that audio quality is fairly similar, though the X3 do a better job of delivering bass that the ComfoBuds are lacking.

If audio quality is a high priority and you’d like to get the best possible experience at this price, I’d recommend going with the Back Bay Duet 50. The earbuds sound far better than you’d expect for a $50 retail price, and in addition to that, you’re also getting longer battery life and a sleek design.

And for shoppers that really want to get the most for their money, the TOZO T6 continue to shine as one of the best players in the cheap wireless earbud space. They have much more impressive bass compared to the ComfoBuds, battery life is great, wireless charging is available, and there’s an even higher IPX8 water-resistance rating. Not to mention, you can buy them for just $40 (if not less).

1More ComfoBuds Should you buy them? 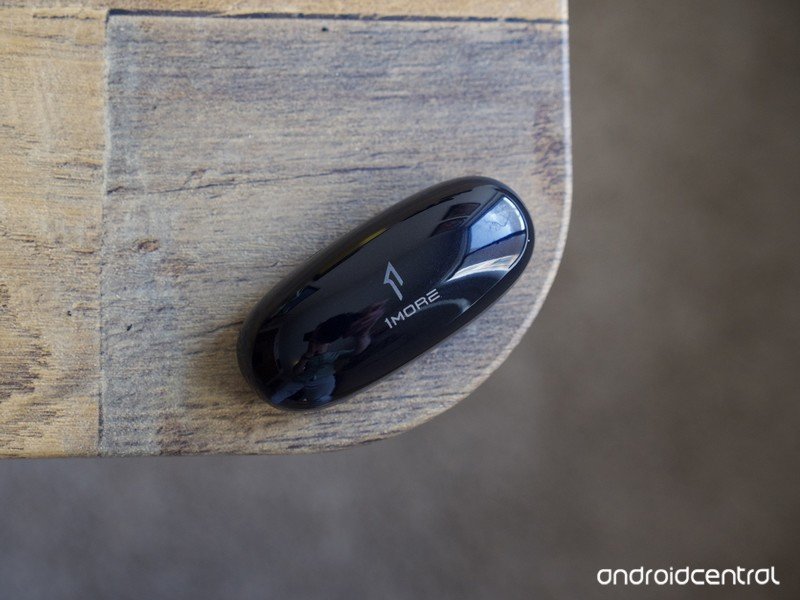 You should buy them if …

You should not buy them if …

I can see what 1More was trying to achieve with the ComfoBuds, but as an overall package, there’s just not enough here to sink your teeth into. The lightweight design and comfortable in-ear fit are both great perks to have, but it’s not enough to make up for everything else that was compromised in the process.

It’s true that you can’t have it all in this price bracket, but when so many other earbuds offer better overall experiences at similar costs, it’s clear to me that the 1More ComfoBuds simply aren’t the best in their class. Some extra time in the oven could have resulted in a good product, but as it currently stands, what we have is pretty mediocre.

The 1More ComfoBuds deliver a comfortable design in a small package, but outside of that, the rest of the experience isn’t anything to write home about. Between limiting battery life, bad touch controls, and sub-par audio, you’re better off spending your dollars on something else.