We’ve all lost the remote to the TV at some point and spent what felt like hours searching everything in an attempt to find it. Recently, Apple launched its AirTag devices to help users find lost items. The small AirTag devices can lead you to the exact location of anything that it can be fitted to. A seller on Etsy is offering a 3D printed Apple TV Siri remote case that is made to order $12.99.

The case is printed using a PLA material and is available in multiple colors, including galaxy black, black, white, gray, and glow-in-the-dark. As of writing, there is a waitlist for the black version of the case, but all other colors are listed as available. The seller is PrintSpiredDesigns and says that each case is made to order.

A hollow area on the bottom of the case is made to securely attach the Apple AirTag, which reportedly clicks into place. The 3D printing process also leaves an opening on the back, allowing the Lightning charging cable to be connected to charge the remote without removing the remote from the case. One caveat to the design is that due to the orientation of the AirTag in the case, the loudness of its internal speaker may be reduced.

The case is designed for the Siri Remote for Apple TV HD and 4K models and won’t fit older remotes or the new second-generation Siri Remote. The case measures 126.5mm x 40.5mm x 14mm. The seller also notes that the cases are 3D printed rather than being injection molded. 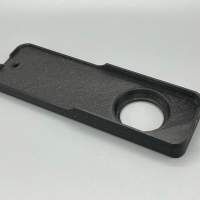 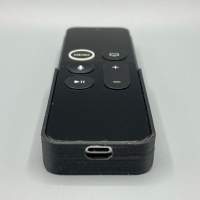 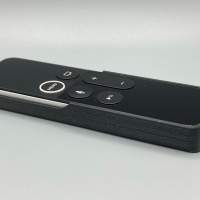 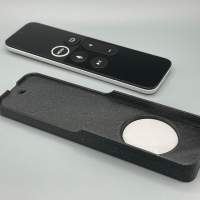 Anyone who has seen 3D printed items knows that the printing process leaves them rather rough-looking typically. The custom 3D printed case should guarantee you never lose your remote again, and we wouldn’t be surprised to see major manufacturers offering something similar in the future.