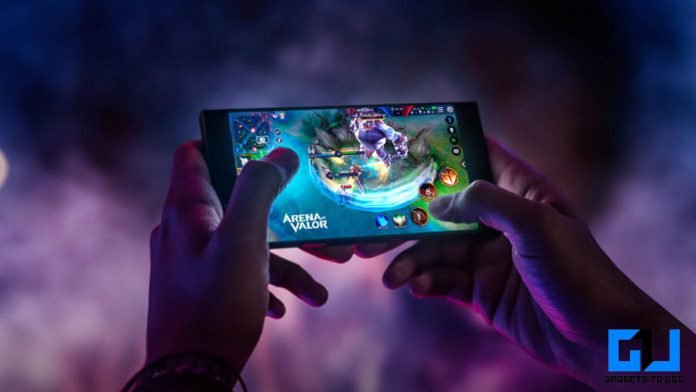 Nowadays we see high refresh rate displays all around us, on Smartphones, Tablets, Monitors, and even Smart TVs. It ranges from 60Hz, 90hz, to as high as 480Hz depending on what type of display you are looking at. The higher the refresh rate the more number of times the display updates the content, making the viewing experience more fluid and smooth. But, that’s not the only thing we see when it comes to Display Specs, there’s another term called Touch Sampling Rate, or Touch Response Rate we usually see, next to Refresh Rate.

Refresh Rate – It is the number of times the Display updates its content (picture/frame) per second. It is measured in Hertz (Hz).

Touch Sampling Rate / Touch Response Rate – It is the number of times the screen registers, scans, or detects input in a second. It is also measured in Hertz (Hz). You can find out the exact time the screen looks for new input by dividing it by 1 sec (1000 ms). For example, if the touch response rate is 60Hz, then 1000/60 = 16.67. This means the screen looks for new input every 16.67 ms. You can refer to the table below for a higher-touch sampling rate. Also, you can know about Touch Sampling Rate in our detailed article here.

While there are a couple of ways to find out the Touch Refresh Rate of the display of your Phone, Tabet, Laptop, or Monitor. There are very few ways to find the Touch Sampling Rate or Touch Response Rate of your Phone’s screen. We have shared them below.

One of the easier ways to find the Touch Sampling Rate of your phone is to lookup the display specs on the manufacturer’s website. It is mostly mentioned on the website, but that’s not the best way to do so. Why? Check the other methods mentioned below to find out.

It is another app to check the Touch Sampling Rate of your Phone’s screen, along with the Multi-Touch Test as the name suggests. Just tap scroll on the screen inside the app, and it will show the number of touchpoints active, and the real-time Touch Sampling Rate.

As you might have noticed the above two apps, show the Touch Sampling Rate is even higher than what is mentioned on the official website. It could be happening because of two reasons, one could be because of some bug in the app, or the screen does actually support a higher Touch Sampling Rate. That’s where the Touch Screen Test App comes into play, it doesn’t display any number to confuse you, but reflects reality.