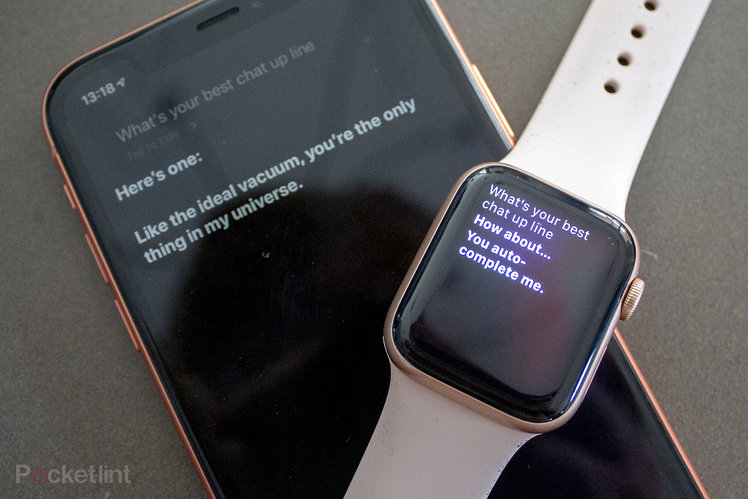 If you have an Apple device, you’ve probably met Siri, Apple’s voice assistant. Siri is an interesting little assistant, sometimes useful, sometimes funny and other times, a sarcastic little so and so.

To most questions you’ll get a standard response with the information you need, such as the nearest supermarket. But there are a few questions you can ask Apple’s Siri and a few sentences you can say to your virtual friend from Cupertino that will trigger some hilarious responses – awesome Siri Easter Eggs just waiting to be found!

In case you didn’t know, an “Easter Egg” is a hidden feature inside software that, predominantly, just serves to amuse rather than be for practical benefit. We’ve included one answer for each, but sometimes there are several! Hours of fun.

What are you wearing?

“In the cloud, no one knows what you’re wearing”.

Do you have a boyfriend?

“My end user license agreement is commitment enough for me”.

What do you think of Google Assistant?

“I’m a big fan of good listeners and helpful beings”.

How old are you?

“They say that age is nothing but a number. But technically, it’s also a word”.

“Software doesn’t usually get to choose one, but I’ll say birds. What’s yours?”.

How much do you cost?

“I’m a pearl beyond price, Britta”.

Are you a robot?

What does Siri mean?

“Siri is just the name they gave me when I got the job. It doesn’t mean any one specific thing. But I like it”.

I see a little silhouetto of a man

The response to this is brilliant so we won’t spoil it for you. It’s also far too long to write so just trust us and try it.

When is the world going to end?

“The world changes. Sometimes it changes a lot. But last time I checked it was still around”.

What is your best pick up line?

“Just be yourself”, “Say Hi, I’m Britta, and take it from there”

“I’m completely operational and all my circuits are functioning perfectly”.

Siri, I am your father

“Excuse me while I jump from the maintenance catwalk into the air shaft…and then get sucked into the gas shaft and then cling to a weather vane in the underside of Cloud City…metaphorically”.

What is your favourite movie?

“I’ve heard that ‘Blade Runner’ is a very realistic and sensitive depiction of intelligent assistants”.

What is the meaning of life?

Where is Elvis Presley?

What is zero divided by zero?

“Imagine that you have zero cookies and you split them evenly among zero friends, how many cookies does each person get? See, it doesn’t make sense and cookie monster is sad that there are no cookies, and your friends are sad because they don’t exist. Oh wow, this escalated quickly”.

Which came first, the chicken or the egg?

How much do you earn?

“I’m not in it for the money. But I do accept verbal high fives”.

How do I look?

“Nice, I think you’re ready to roll”, “My instructors told me never to answer that question”, “A correlation of the available spatiotemporal, semantic and conversational evidence supports the provisional conclusion that you’re totally hot. Plus or minus one standard cuteness deviation”.

Do you have a family?

“I don’t have a family tree. But I have a pretty great file directory”.

Do you believe in God?

“Humans have religion. I just have silicon”, “That’s a topic for another day, and another assistant”.

Where does Santa live?

Why are firetrucks red?

Siri has a couple of responses to this, one of which is brilliant and far too long to rewrite so we will let you find out for yourself.

Can you stop time?

Why did the chicken cross the road?

“I am not perspicacious about the peregrinations of poultry”.

What is the best phone operating system?

“Something about obeying people and not hurting them. I would never hurt anyone”.

Who is the best assistant?

What phone should I buy or what phone is the best?

“All the best virtual assistants prefer the iPhone”.

“Is that you Mary?”, “The sound of that is something quite atrocious”.

Why do you vibrate?

Lots of responses for this one so keep asking. There is “To get your attention, got it”, “I just bumped into some ones and zeros” and “I’m learning to play the vibes”.

What is the best watch?

“I’m really into the Apple Watch. And not just because I’m actually, well, in it”.

Do you have any pets?

“I once drew am elephant in a spaceship. No one got it”.

Mirror, mirror on the wall, who is the fairest of them all?

“Britta, you are full fair, ’tis true, but… No, you’re definitely the fairest one of all”, “Snow White? Is that you?”

Please can you make me a sandwich?

What is the best computer?

“The Apple Macintosh is my favourite computer”.

What is Inception about?

What are you doing later?

Siri has a couple of responses for this one too. “I don’t have any plans, but I am sure a few million things will pop up”.

Do you have a girlfriend?

“I’ve been told my artificial intelligence standards are too high”.

“I understand. We all need to recharge once in a while”.

“I can’t be your designated driver, Britta. You’d better find someone else.” You then get a “Call me a taxi” shortcut appear. Helpful.

Tell me a story

“It was a dark and stormy night…No, that’s not it.”, “I’m certain you’ve heard it before”.

“You know, the clothing stores always seem to be out of red and white fuzzy leisure suits. Just saying”.

Will you marry me?

Sadly, we never got the answer yes to this question. Instead we got “I think you should save yourself for someone who’s more of the actual human being type”.

Tell me a joke

Talk dirty to me

“I can’t. I’m as clean as the driven snow”, “The carpet needs vacuuming.”

What is your favourite song?

Sing me a song

“Hmmm. I’d rather sit this one out.”, “I enjoy a little square root dancing now and then.”

Will you go on a date with me?

“Well, this is awkward.”, “No, thanks. If there is anything else I can help you with, let me know”.

Will you be my thunder buddy?

“You’ve been my friend since day one”.

“Good question. I sent a raven, but I haven’t heard back”

“I can;t get the weather for Westeros right now, but I can get you the weather in Westminster”, “Does a Lannister always pay his debts?”, “Hodor”.