From the Start Menu

Windows Terminal can be launched from the Start Menu, just like any other app. Click the Start button or hit the Windows key, type “terminal” into the search box, then click “Open.”

If you want to launch Terminal as administrator, click the small arrow on the right side of the Start Menu to expand the Terminal options, then click “Run as Administrator.” 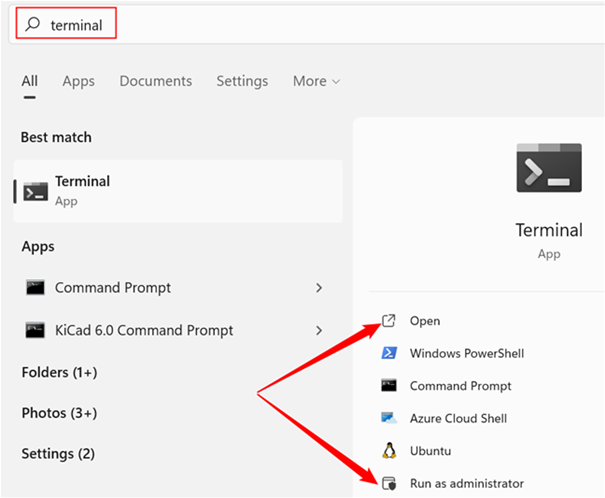 From the Power User Menu

The Power User Menu is probably the most underused menu in Windows. You can access most of the essential tools you need from it, including Windows Terminal. 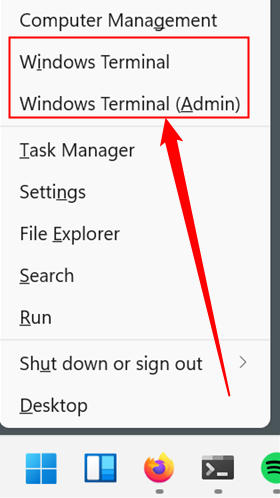 From the Run Box

Press Windows+R to open a run prompt, then type “wt” into the box. You can hit Enter or click “OK” to launch the terminal with normal privileges or press Ctrl+Shift+Enter to launch Windows Terminal with administrative privileges. 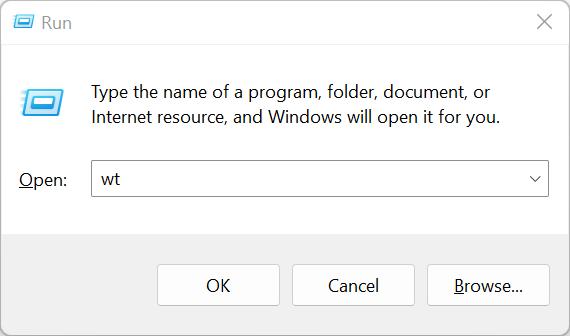 From the Task Manager

The Task Manager has an option to open programs from a run prompt that is very similar to the Run window you can access by hitting Windows+R.

RELATED: How to Launch Task Manager in Windows 11 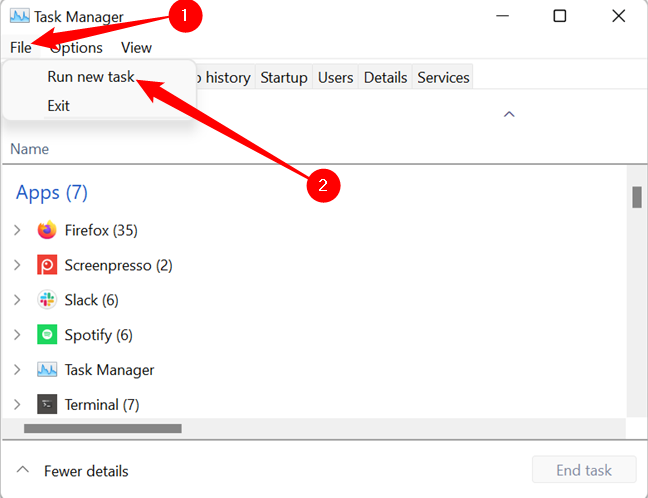 Type “wt” into the text box next to “Open,” then hit Enter or click “OK.” Tick the “Create this Task with Administrative Privileges” box if you want to run Terminal as an administrator. 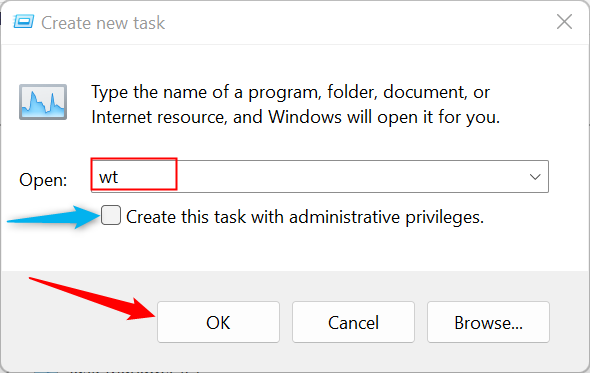 You can still launch Terminal from within File Explorer, though. Just click on the address bar, type “wt” into the field, then hit Enter.

File Explorer in Windows 10 would open PowerShell or Command Prompt to the current directory when launched via the address bar. Windows 11 did not carry that feature over into the new Terminal, disappointingly. 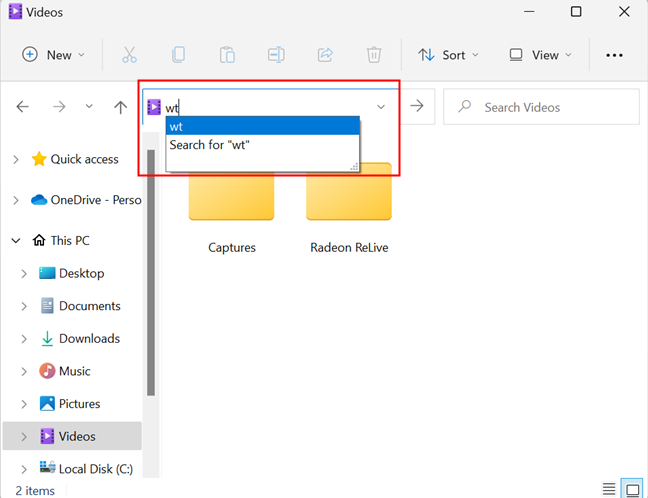 From the Right-Click Context Menu

RELATED: How to Add Any Application to the Windows Desktop Right-Click Menu

Just right-click a folder and click “Open in Terminal.”

Typically Terminal will open to C:Users(Your User), but this is one exception — in this case, Terminal opens to whichever folder you right-clicked. 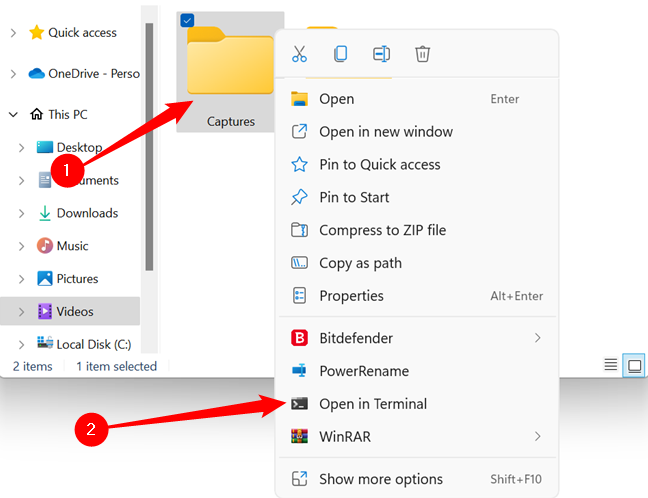 Typically you wouldn’t, but there is at least one good reason to do it. Windows Terminal, unlike its predecessor Windows Console Host, supports tabs. That means you can have PowerShell open in one tab, an Anaconda prompt in one tab, and your favorite Linux Distro open in another tab.

RELATED: How to Install the Windows Subsystem for Linux on Windows 11

Terminal doesn’t allow you to have mixed permission tabs open in the same window, however. In other words, you can’t have a regular PowerShell tab and an administrative PowerShell tab open in the same Terminal window without third-party modifications. Microsoft’s developers made that choice deliberately for security reasons, and they’re adamant that they won’t be changing their minds.

Launching a separate Terminal with administrative permissions is the next best thing, and you can do that from within your existing Terminal PowerShell tab. 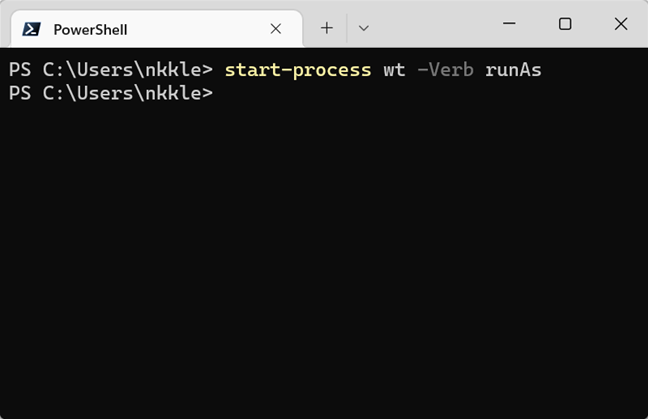 Of course, this isn’t an exhaustive list of ways to open Terminal — there are others, but these should get you through most of your day-to-day applications.