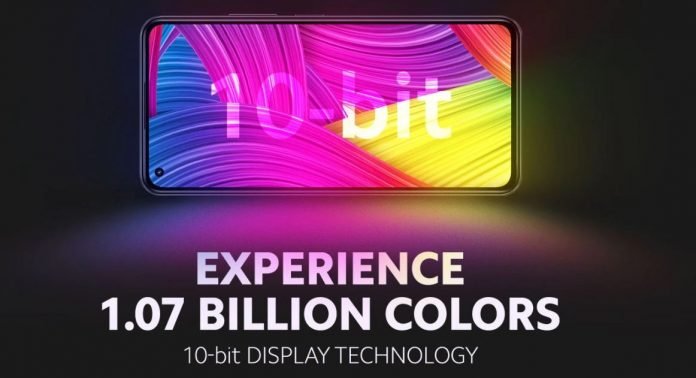 A screen contains an array of thousands or millions of pixels. Each pixel is made up of Red, Blue, and Green elements used in different combinations and intensities to show millions of different colors in an image.

The information stored in each of these Red, Blue, and Green channels is called the color depth or bit depth. Simply put, it can be referred to as the number of levels each color can render on display.

However, just because you have a high-bit display doesn’t mean you’ll get better color depth. For example, if you play a 10-bit video on an 8-bit screen, the content will be scaled down to 8-bit by the player.

8-bit vs 10-bit Display in Smartphones 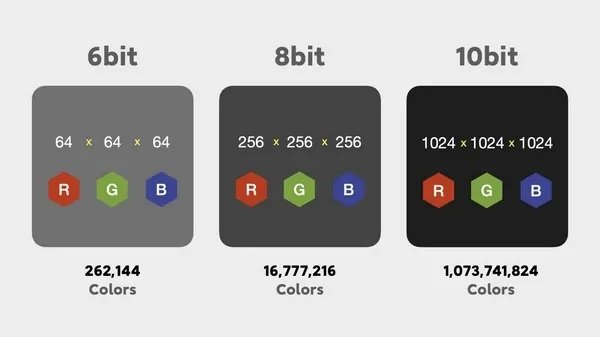 As mentioned, an 8-bit display can render 256 shades of each of the Red, Blue, and Green colors. This translates to a total of 16.77 million possible colors that the screen can reproduce.

On the other hand, a 10-bit display can render 1024 shades for each Red, Blue, and Green color. This means it can produce over 1.07 billion possible colors. So it’s a whopping 64 times more color information than an 8-bit panel.

On the hardware, this requires that every pixel of the screen adjust the brightness of its display with 64 times the previous accuracy.

The 10-bit display can render way more color information than an 8-bit panel. This allows for the following advantages over the latter:

At the same time, it has the following disadvantages:

What’s the Bit Depth of Most Devices?

The majority of media devices in the market, be it desktop monitors, laptops, or mobile phones, use 8-bit depth screens. Of course, there are 10-bit monitors, too, but they aren’t that abundant.

For those curious, the human eye can recognize about 10 million colors. Unfortunately, this means we can’t fully enjoy the true glory of 10-bit images or videos.

The HDR10 technology supports 10-bit color depth, which can be displayed fully by a 10-bit display. A lot of modern smartphones support HDR10 and HDR10+. However, it doesn’t mean that the phone also has a 10-bit display.

Many phones with 8-bit displays can support HDR 10+ as it’s also related to the dynamic range, peak brightness, and contrast of the screen. It just won’t be able to display the same color depth as a 10-bit display.

RELATED TIP Can’t Open AirDroid on Mac? Here’s How to Unblock AirDroid to Run on macOS

Should You Buy a Phone with a 10-bit Display?

If you’re paying a premium for a flagship phone, it’s always good to have the best specifications possible. Having a 10-bit display on the phone is definitely a plus for people who do professional work on graphics or consume a lot of high-quality media.

In our experience with the Mi 11 Lite, we found that it played HDR slightly better than other phones in the category. However, an average consumer won’t notice this level of color representation on a phone’s screen. And hence, it probably won’t matter for most people.

All-inclusive, one shall not buy a phone solely for its 10-bit display. Instead, we’ll prioritize looking at other aspects of the screen, including the display type, resolution/ PPI, brightness, refresh rate, color gamut, touch response rate, and features like MEMC.

The following smartphones come with 10-bit displays. However, this isn’t the complete list, and we’ll be adding more phones regularly.

Many phones and monitors are advertised as 10-bit. However, some of those are actually “8+2-bit” or “8-bit + FRC” (frame rate control), which is a way of mimicking 10-bit display performance using a native 8-bit panel.

So, you need to check whether the device has native 10-bit or is using software techniques. Example- Oppo Find X3 Pro has true 10-bit, but the Find X2 Pro has 8+2-bit FRC.

This was all about display bit depth, 8-bit vs 10-bit displays in smartphones, its advantages and disadvantages, and whether you should buy a phone for its 10-bit panel. We’ve also mentioned the list of phones with 10-bit displays. Anyways, does your phone have a 10-bit panel? Do you feel any difference? Do let me know in the comments below.