The highlight of the flagship model Xiaomi Mi11 Ultra is the presence of a miniature color display located on the massive block of the main camera. As it turned out, it can be used not only for showing new notifications or for taking selfies, but also for more complex tasks.

One of the users of the Chinese social network Weibo published a short video showing that the smartphone can be fully used even through its auxiliary display. Moreover, he even played the popular MOBA game King of Glory on a miniature screen, which required pressing a lot of buttons. 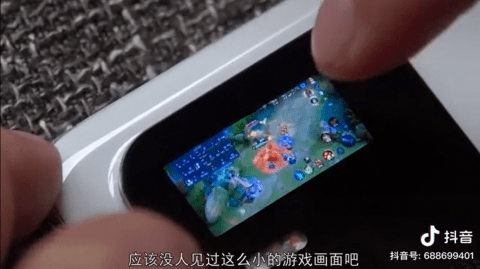 Despite the tiny size of the display, the author of the video was able to control the characters by touching the screen without any problems. It’s unlikely that anyone would seriously use the Mi11 Ultra in this way, but it looks pretty funny.

Earlier, Xiaomi representatives confirmed that the Mi11 Ultra uses a screen identical to that installed in the Mi Band 5 fitness tracker as an auxiliary 1.1-inch display.