Universal USB Installer is a long-standing Windows tool to create bootable Linux environments for testing and installation purposes. It may also be used to put Linux tools or Windows to GO on a USB device. I reviewed the program back in 2011 for the first time and found it to be an excellent option as it made the whole process comfortable.

The developer published updated versions of Universal USB Installer regularly. The latest version, Universal USB Installer 2.0.0.7 was released yesterday, and since the last review dates backs back 10 years, it is a good time to take another look at the application. The developer added new features, such as NTFS format, additional tools and distributions, and usability improvements to the program.

The program is portable and can be run right after it has been downloaded from the developer website. Windows threw a SmartScreen warning on the test system, which it may do when a program is new. A check on Virustotal came back clean.

The program’s main interface has not changed much since the initial version, but that is not a bad thing necessarily. 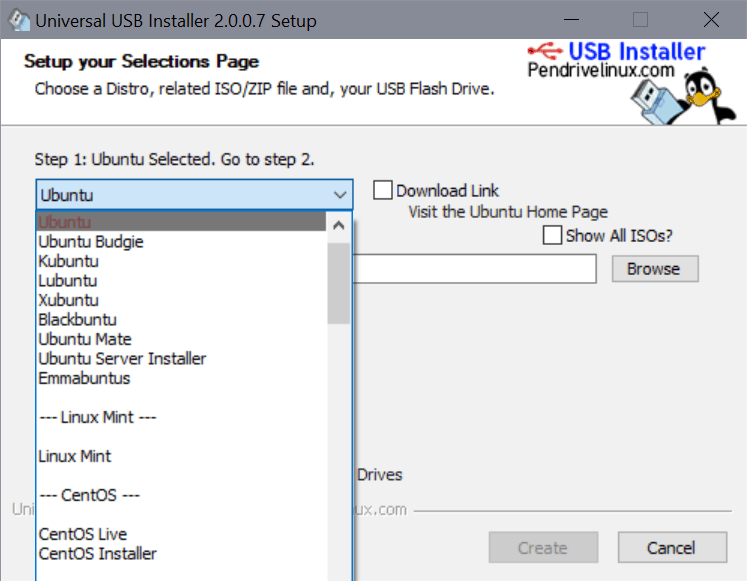 Once downloaded, you may proceed to step two: selecting the ISO. Point Universal USB Installer to the downloaded ISO image to complete this step.

Select the USB device that you want to copy the Linux distribution to in the third and final step. 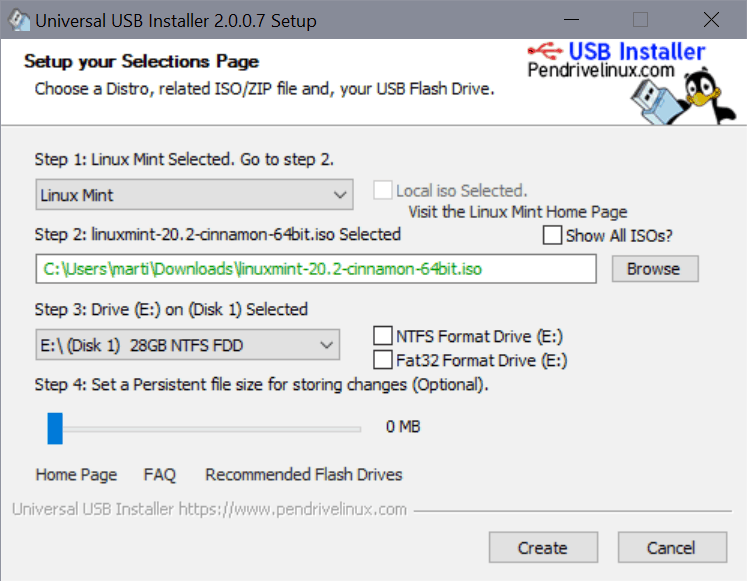 New options become available at this point. You may format the drive to install a Fat32 or NTFS file system and enable a persistent file size for storing changes.

Universal USB Installer overwrites the MBR of the device and adds a bootloader. The data is copied to the device, and you may boot from it to start the Linux distribution.

Universal USB Installer is a handy program for Windows users who want to try out Linux distributions. It may not be ideal if you have not made up your mind in regards to the distribution yet, but it works well if you have thanks to its persistent storage feature.

The post A second look at Universal USB Installer, a tool to run Linux from USB appeared first on gHacks Technology News.