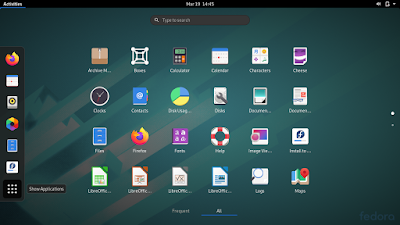 After publishing my latest GNOME and then Plasma articles, I think it is interesting to summarize between them in a separate article considering several interesting stuffs. First, their release date are the same, 11, except Plasma is in February and GNOME is in March. Second, they publish interesting videos and announcements I listed below. Third, they had conferences in 2019 that back them up namely Akademy and GNOME.Asia Summit I also listed below. Fourth, they have users who love to write reviews such as Dedoimedo and OMG! Ubuntu I listed below too. Last but not least, I also mentioned where to download their source code, to contribute to them, and the donation links. I wish this summary article helps you in figuring out more about both. Enjoy desktop GNU/Linux.

About KDE and GNOME

KDE and GNOME are the best user interface created for GNU/Linux operating system. KDE is name people know for the first desktop environment for GNU/Linux which keeps traditional appearance and created using Qt software library. GNOME is name of its rival desktop environment created solely to solve freedom problem KDE used to have at past time. Now, the KDE desktop is called Plasma while GNOME desktop is still called GNOME. They are both free software projects, the biggest ones in computer user interface field, which are used in many operating systems such as Ubuntu and Kubuntu. Their websites are www.kde.org and www.gnome.org respectively.
– To get KDE Plasma 5.18 quickly in your computer, follow this.
– To get GNOME 3.36 “Gresik” quickly too, follow this.

KDE:
– “More convenient and with Long Term Stability” –from official announcement posting
– “[…] easier system settings, interactive notifications, emojis, wallpapers and more” –from official video title
GNOME:
“Version 3.36 contains six months of work by the GNOME community and includes many improvements, performance enhancements, and new features.” –from first paragraph of official announcement posting
By tagline I mean a short phrase or sentence that explains the product. KDE uses several different taglines in titles of their announcement, just like usual. GNOME does not use tagline in the title, just like usual, but their phrasing above is the usual one.

KDE: [Ann1] [Ann2] [Mail] [RelNot] [ChaLog]
GNOME: [Ann] [Mail] [RelNot] [DevNot] [i18n]
KDE and GNOME announce their new release primarily at mailing list. So if we subscribe kde-announce we will receive the Mail before/at the same time the website announces the posting and so do us with gnome-announce-list. Plasma release posted by Jonathan Riddell –the founding father of Kubuntu and now founder of KDE neon– while GNOME’s by Matthias Clasen –Red Hat employee, senior developer of Fedora & GNOME & also Flatpak–. 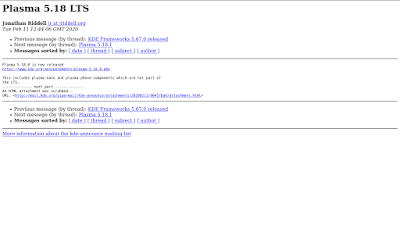 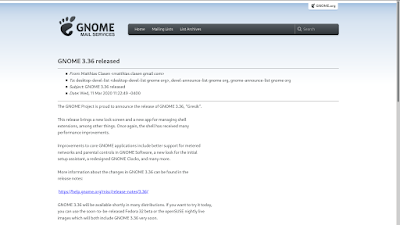 (Email by M. Clasen on GNOME mailing list)
Both announcement summary posts are short & simple. KDE displays a video on the page while GNOME does not except a link to YouTube. KDE does not display a release artwork unlike GNOME with that blue Gresik one but only a screenshot. 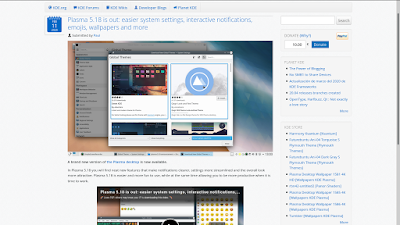 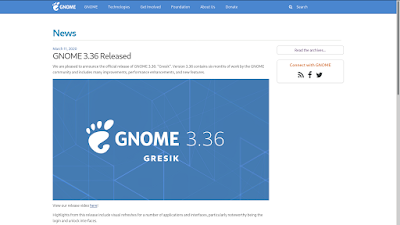 Only KDE gives such thing as Long Term Support as version 5.18 entitled LTS that means it is suitable for schools, offices, governments, and organizations to upgrade their computer to as it is supported directly by the developers for a longer duration of time compared to regular release. The support lifespan for this LTS is 2 years at least. This LTS is the successor to the previous one 5.12. Read more about Plasma LTS here.
GNOME does not have any information regarding its support lifespan for every release. 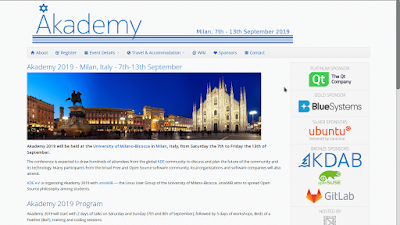 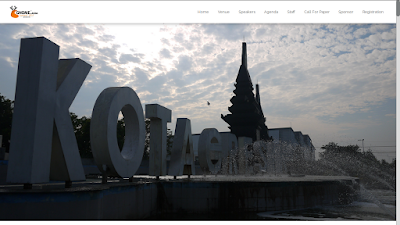 # Reviews Around The Web

KDE:
[OMG! Ubuntu] [Dedoimedo] [Phoronix] [Pointiestick (Dev)] [Softpedia] [ItsFoss]
GNOME:
[OMG! Ubuntu] [DebugPoint] [9to5Linux] [FossBytes] [ItsFoss] [GamingonLinux] [BetaNews] [LinuxUprising]
Up to Wednesday, 18 March 2020, these are written reviews I can find on the net I can present here. Of course by the time we will eventually see more reviews and as usual I also planned to write mine here. 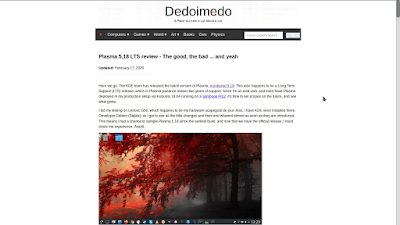 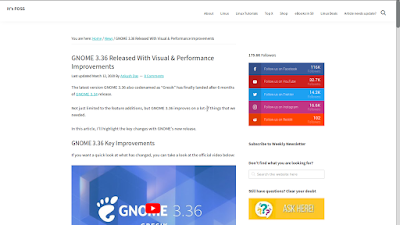 KDE: [Funding]
GNOME: [Funding]
As usual, I love to present Free Software projects’ donation information so people who want to financially help them can help.

Just like GNOME does not have a particular tagline, KDE does not have codename. If GNOME names the 3.36 release “Gresik” officially, I would love to see KDE names the 5.18 release “Milan”, regarding their respective conferences mentioned above. These release are great. However, I didn’t try them thoroughly yet so I cannot say much about them right now. I hope this article can be a good start for you to get them and for me to start my new reviews here. Enjoy!