Hot on the heels of Intel announcing details of its 12th-generation Alder Lake processors from the P and U series, Acer has announced some new laptops that will be powered by Intel’s new hardware. The new Acer Swift 5 and Swift 3 both come with Intel’s latest CPUs, though Acer doesn’t specify exactly which processors it’s using.

The Acer Swift 5 is the more premium of the two laptops, being made from CNC-machined aluminum and featuring a dual-tone green and gold design. The OceanGlass touchpad is made from recycled plastic waste, but it supports all the features you’d expect.

In addition to 12th-generation Intel processors, it comes with 16GB of LPDDR5 RAM and 2TB of PCIe Gen 4 storage. It features Windows Hello support with a fingerprint reader built into the power button, and it also meets Intel’s Evo spec, promising experiences like instant wake and over 10 hours of battery life. 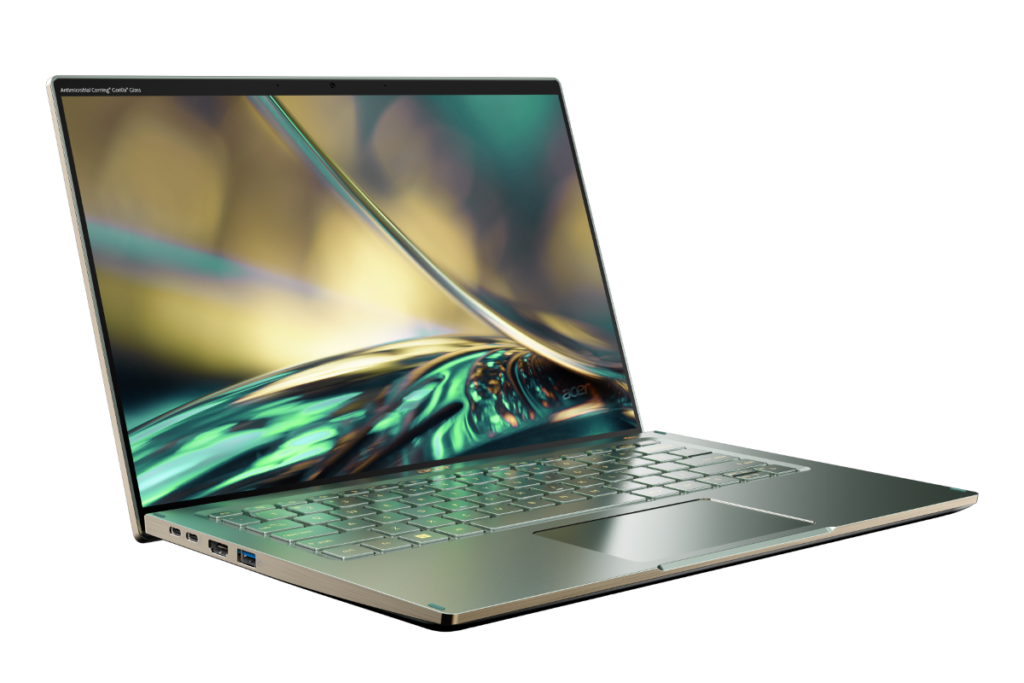 The display comes in 2560 x 1600 resolution, meaning it has a 16:10 aspect ratio that’s ideal for productivity. It has a 92.22% screen-to-body ratio and it even supports touch, so it actually looks very promising. The screen is protected by antimicrobial Corning Gorilla Glass, so it should be durable and also prevent bacteria from developing on the surface. Above the display, there’s a Full HD MIPI camera with Acer’s Temporal Noise Reduction technology so you look your best during video calls, even when lighting is less than ideal.

The Acer Swift 5 also has a solid array of ports, including two Thunderbolt 4 (USB-C) ports, HDMI 2.1, and two USB Type-A (3.2 Gen 1) ports, giving you all the basic connectivity most users will need.

The Acer Swift 3 is more geared towards the mainstream market. It comes in three color options, including black, gold, and blue/green. It also comes with Intel’s 12th-generation processors and up to 2TB of SSD storage, though Acer didn’t say how much RAM you can get with it. Acer also touts four hours of battery life with just a 30-minute charge. 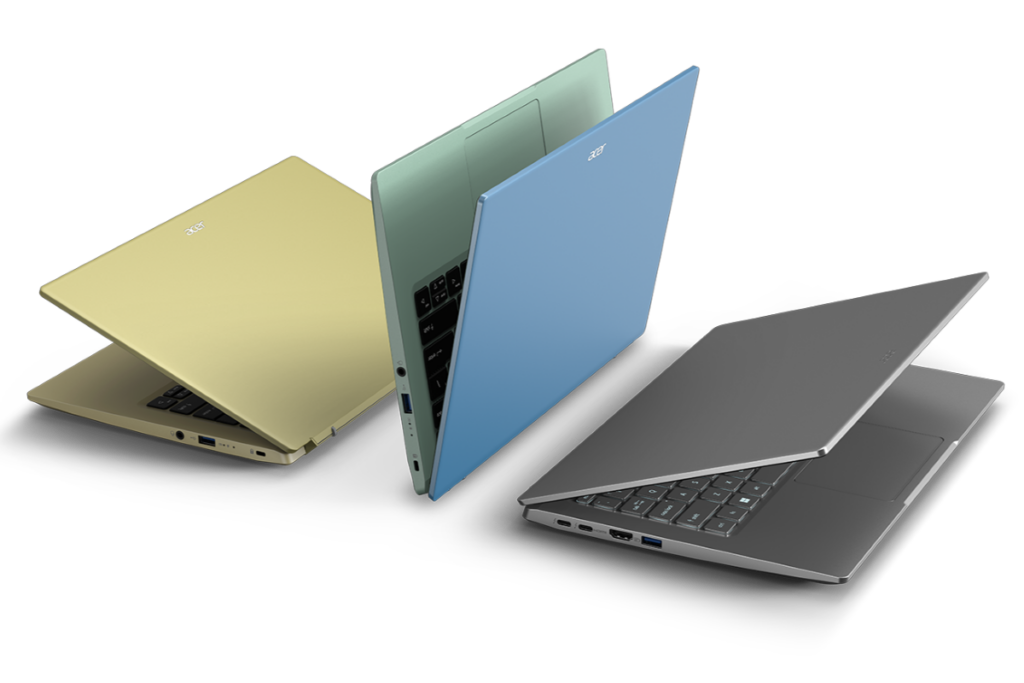 The display here has a 16:9 aspect ratio and it comes in either Full HD or Quad HD resolution, while also supporting touch. There’s a Full HD webcam with Temporal Noise Reduction, and it also covers in basics in terms of ports, including two USB Type-C ports, two USB Type-A ports, and HDMI 2.1.