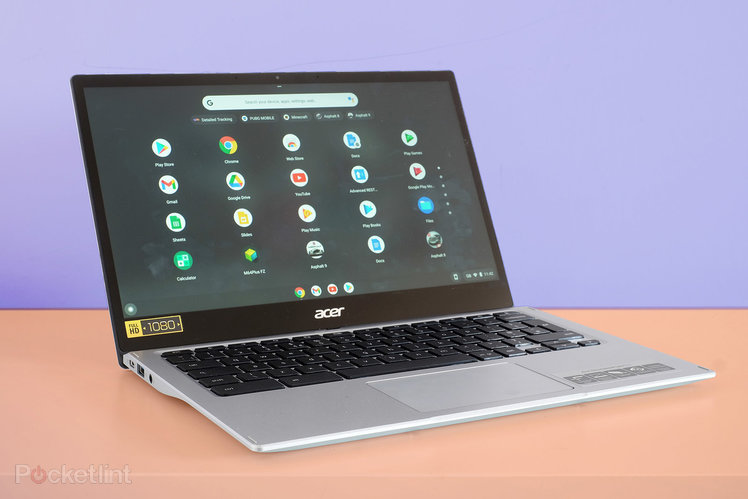 The Acer Chromebook Spin 513 is a laptop you might buy if you’d really like a MacBook but don’t have anything like that kind of cash to spend. It looks a bit MacBook-like, and has several great touches of high-end design.

It doesn’t look like it should cost just a few hundred quid, build quality is good, and the glass screen and touchpad are lovely things to get at this price point. The screen is nice too, as long as you don’t need to work outdoors.

You need to be happy with the limitations of a Chromebook, which primarily runs apps made originally for phones and tablets. The Acer Chromebook Spin 513 uses a Snapdragon 7c processor, too, which is a bit like the kind you’d find in a low-price phone. It handles the basics OK, but where a phone with this kind of power handles games like Gameloft’s Asphalt 9 with relative ease, the Acer Chromebook Spin 513 really does not.

Want an easy-to-use work, school or college laptop? The Acer Chromebook Spin 513 is great. It’s not so good if you want a full-on entertainment system, but then that’s not really its purpose. Here’s how the chips fall.

The Acer Chromebook Spin 513 looks lovely for such an affordable laptop. Its simple black-on-silver colouring, the rounded corners of the keyboard keys and flat glass-covered screen all have a certain MacBook scent. 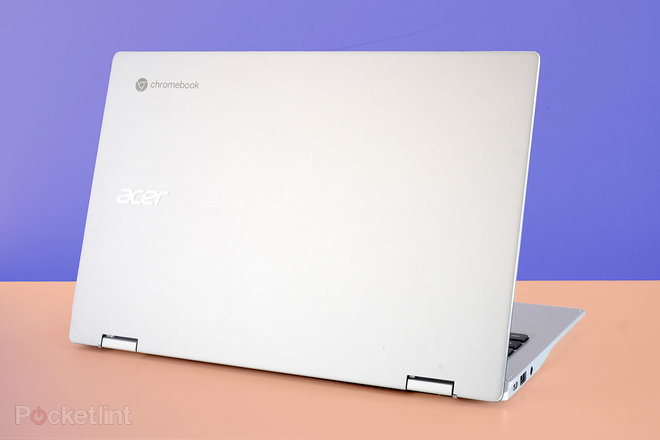 Nothing is meant to standout here. No unusual textures or patterns, which leads to a reserved looking design that we like a good deal.

Acer didn’t jump overboard with the construction style, though. In the past Acer has gone big on very cheap metal Chromebooks, but only the Acer Chromebook Spin 513’s lid is aluminium. The keyboard plate and underside are plastic.

However, their finish is so pleasant we checked with Acer in case these were magnesium. They are not. But the anodised metallic finish sure looks and feels a lot like it. All the hallmarks of good build quality are here too.

The Spin 513 has a stiff keyboard plate, and the design deliberately hides seams between the plastic panels. For a relatively affordable laptop, this one is unusually classy and self-assured.

It is light too, weighing just 1.12kg according to our scales – which is towards the lighter end for a 13.3-inch laptop. More portability points for Acer, then. 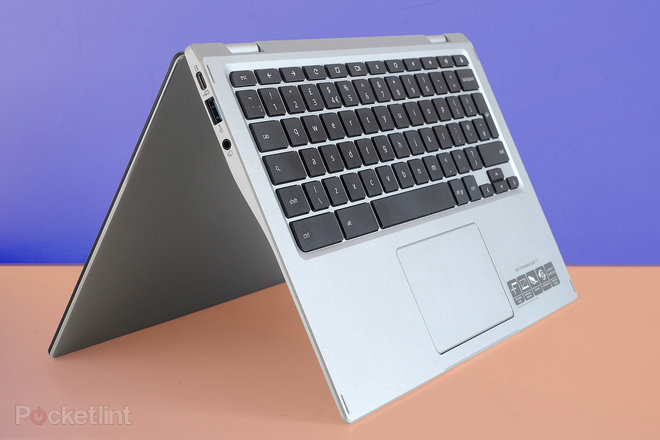 This is a 360-degree hinge hybrid laptop, as suggested by the ‘Spin’ in the name. This hinge is well-executed too. It’s visually subtle, and doesn’t wobble much at all if you work on your knees rather than on a table.

We’ve never been convinced these hybrid laptops make good tablets, but we have spent a couple of hours watching YouTube and playing the dangerously addictive Bloons TD 6 with the Acer Chromebook Spin 513 in its ‘tent’ position. This gets the keyboard out of the way and lets the laptop stand up by itself.

The Acer Chromebook Spin 513 display is another highlight at this price. It’s a Full HD IPS LCD with solid colour reproduction and the vibrant glass-topped glossy surface we associate with laptops twice the price. 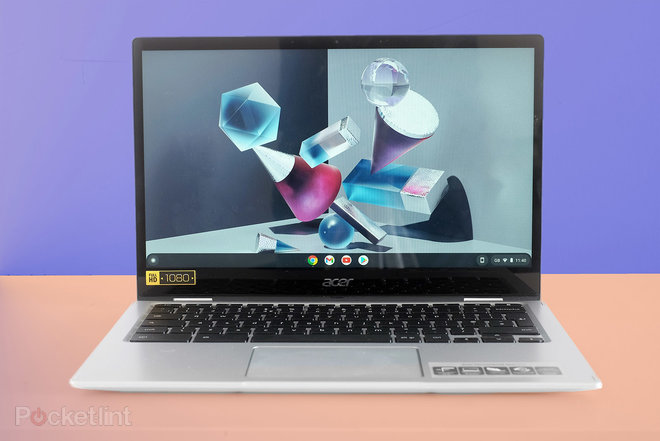 Buy a Windows laptop at this price and you may end up with a TN panel, which doesn’t look anywhere near as good as an IPS LCD, even an entry-level one like this.

There are some signs it’s not a top-end screen, of course. Contrast is just OK, meaning you will see a slight blueish/greyish tone to blacks when you max out the brightness in a dim room.

That maximum brightness isn’t all that high either, only about 70 per cent as bright as a good (and pricier) Windows computer. This is not really an issue indoors – we just ended up setting the brightness at around 75 per cent to keep it looking punchy. But outdoors the Chromebook Spin 513 struggles a bit. Without very high brightness you have to contend with the reflections caused by the otherwise lovely Gorilla Glass display covering. 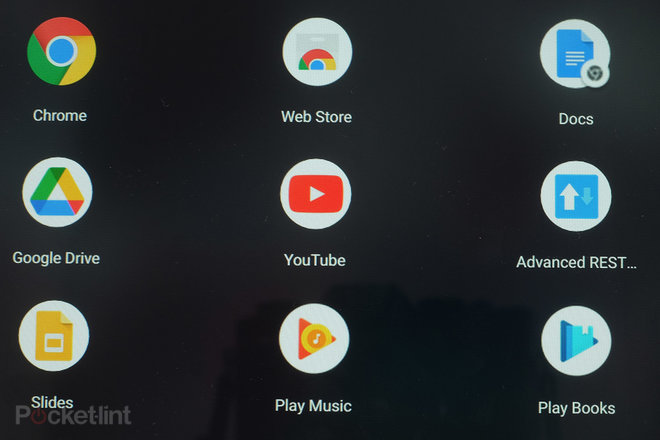 This is also a touchscreen, a very important feature for a Chromebook now they can run Android apps.

The Acer Chromebook Spin 513 is a hit for typing, like most affordable Acer laptops. Keys have a good amount of travel and enough feedback. 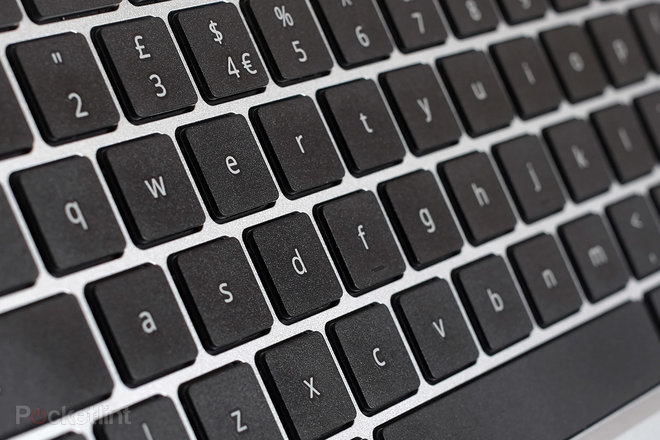 Their actuation point could arguably do with a little more definition, but we would happily use this for significant everyday typing.

The UK’s Acer Chromebook Spin 513 does have a great Gorilla Glass touchpad, though. Most laptops under around £750 on these shores come with a plastic pad, which has a much squeakier feel as you change the direction of your swipes. 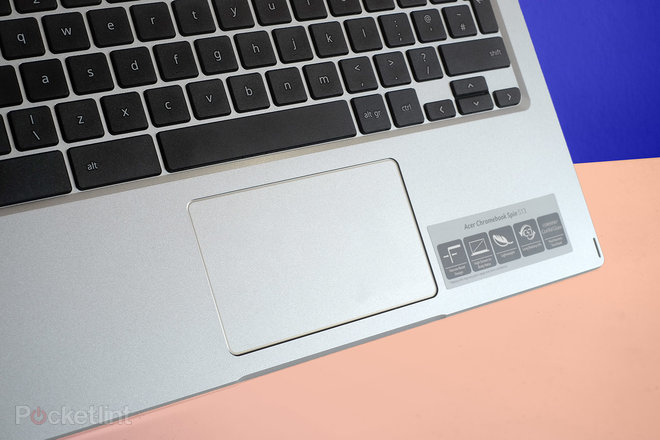 This one isn’t quite a match for the best glassy touchpads in expensive laptops. Its clicker is a little ‘bright’. But this touchpad is still far better than what we usually see at the price. That’s the Chromebook Spin 513 through and through really.

Some Acer Chromebook Spin 513 features go far beyond what you might expect for the money, but that does not extend to the speakers. There are two speakers here, in the common spots on the laptop’s underside. They are relatively quiet and have zero bass, the typical somewhat tinny experience other models have moved on from. 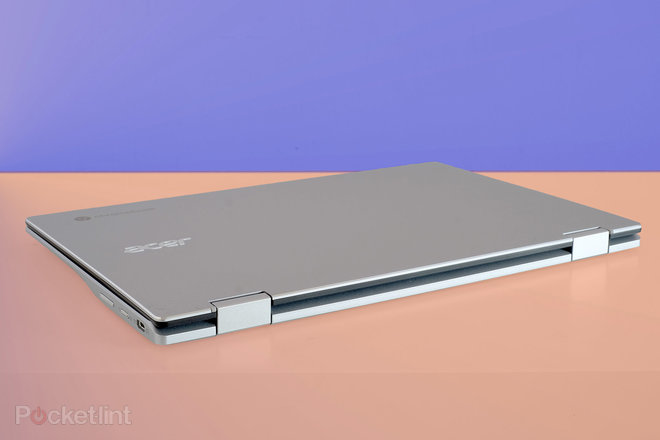 Performance is not great either, and this is a shame because the Chromebook Spin 513 is a new kind of Snapdragon-powered Chromebook. You won’t find this exact Snapdragon 7c chipset in Android phones, but its graphics power is similar to that of, for example, a Xiaomi Redmi Note 10 Pro.

You don’t get anything like the same real-world performance in games, though. Asphalt 9 is too slow to be considered playable on the Acer, even at its lowest graphics setting. Even Asphalt 8 shows a little occasional slow-down, and that was originally released in 2013.

ARK: Survival Evolved doesn’t work at all because Chromebooks don’t support Vulkan graphics. Real Racing 3 runs fine, but that hasn’t been a real performance tester in half a decade or more. PUBG does run fairly well, though, which is something. 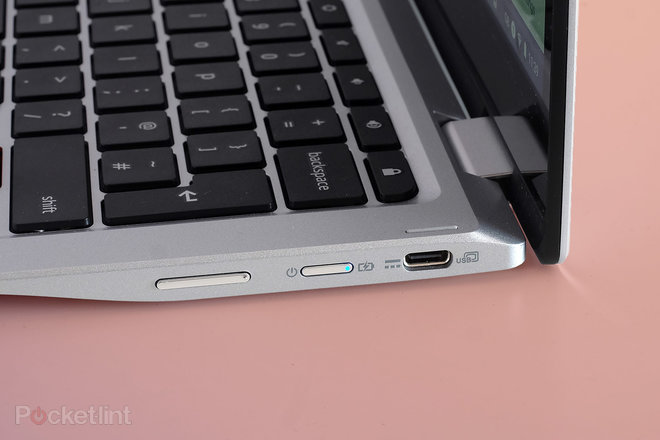 The Acer Chromebook Spin 513 offers slightly better gaming performance than an Intel Pentium Chromebook, but not one with an Intel Core i3 or Core i5 processor. And the relationship between processor power and real performance continues to be a bad one, even with Snapdragon CPUs.

There are what seem to be a few teething problems here too. We’ve seen a few glitch-like pauses and freezes in the Acer Chromebook Spin 513. And it can take a little while to ‘wake up’ fully after being turned on. We are happy enough with the laptop’s feel when browsing and writing documents, but hoped to see a little more from these Qualcomm Snapdragon models.

Performance may improve as Chrome OS support for these kind of chipsets develops in software updates. But there’s another potential cause: Acer uses slow memory for the Chromebook Spin 513’s limited 64GB of storage, which could play a part. 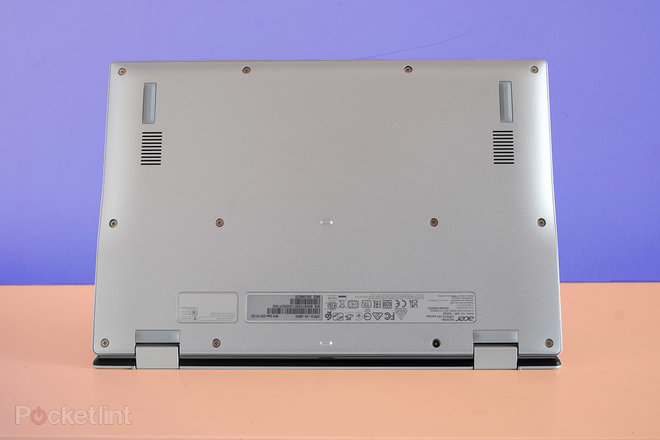 Still, the Acer Chromebook Spin 513 is completely silent, whether you do something light or try to play a game beyond the thing’s abilities. There’s no fan, there are no moving parts to the solid state storage either. So put your ear to the keyboard and you may hear a little high-pitch coil whine, present in our Spin 513, but this is not at all noticeable during normal use, even in a quiet room.

Battery life is good too. Acer says it lasts up to 13.5 hours. We find it lasts for 11-12 hours of light tasks, a drop likely caused by us using a significantly higher brightness setting than Acer does. This isn’t a supernova screen, and looks best set to at least 70 per cent brightness even indoors. 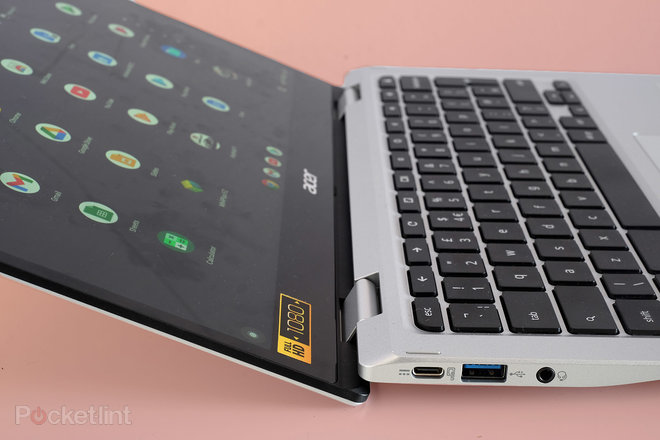 An hour of 2D gaming took 15 per cent off the charge level, suggesting the Acer Chromebook Spin 513 will last around 6.5 hours when under a fair amount of pressure. All-day use should not be an issue for most people though.

You probably won’t need to use an adapter either. The Acer Chromebook Spin 513 has two USB-C ports, one doubling as the charger socket, and there’s a full-size USB too. There’s no dedicated video output, but you can use a USB-C to plug in a monitor over the DisplayPort standard.