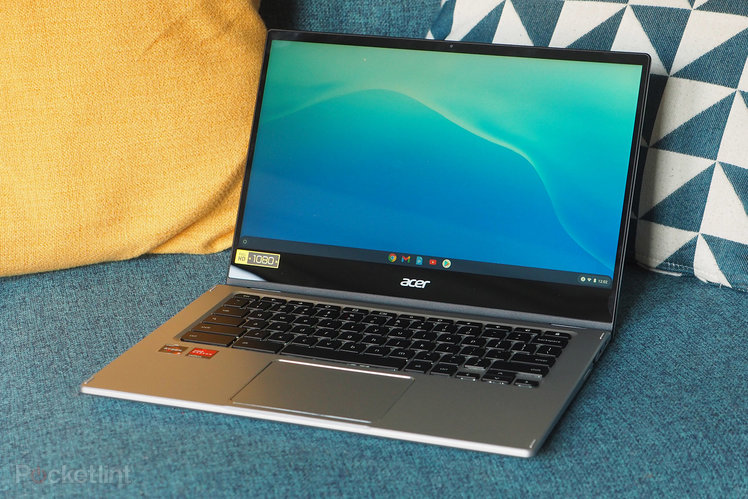 Gone are the days when Chromebooks were ultra-budget laptops with barely visible screens. Sure, we’ve seen super-high-end models, too, but when it comes to balance Acer has got everything in check with the Chromebook Spin 514.

This 2021 model, the second-gen refresh of the 2018 original, steps up the features by introducing AMD Ryzen for the first time to a Chromebook, promising decent performance at a fair price and long-lasting battery life too.

Being a Spin model it also has a dynamic hinge which means the product can be setup and orientated in various different ways for more versatile use. With Chromebooks already a popular hit, how does this one stack up?

With a 14-inch screen, we think the Chromebook Spin 514 hits the sweet spot in terms of size. It’s not too big, not too heavy, but doesn’t forego the all important must-have ports – there’s the legacy USB-A and more up-to-date USB-C ports – to cater for all eventualities (this model doesn’t have an HDMI out, but the Enterprise version, designed more for business than school-goers, does). 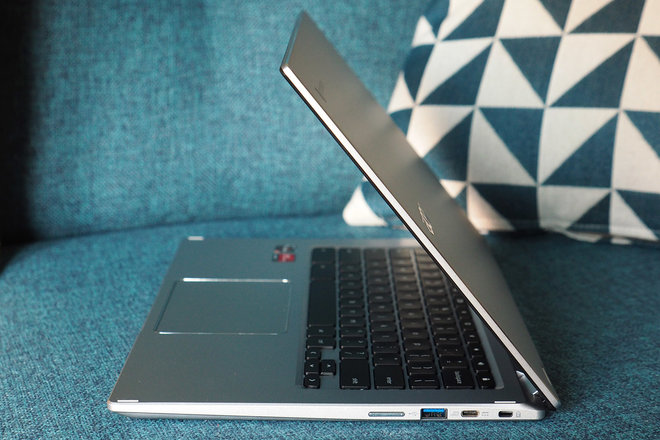 The screen is an IPS LCD panel, which means the viewing angles are decent, and with touch control you can either use the pointer or your fingers to interact with the Chrome OS (that’s Google’s on-board operating system).

A key sell to any Spin product is its 360-degree hinge, which here means you can use the Spin 514 as a laptop, push the lid flat so it’s like a chunky tablet, or flip it around so the screen stands up with the keyboard hidden, or in a different ‘tent’ formation with the keyboard behind – the last two of which might be useful for interactive touchscreen sessions. 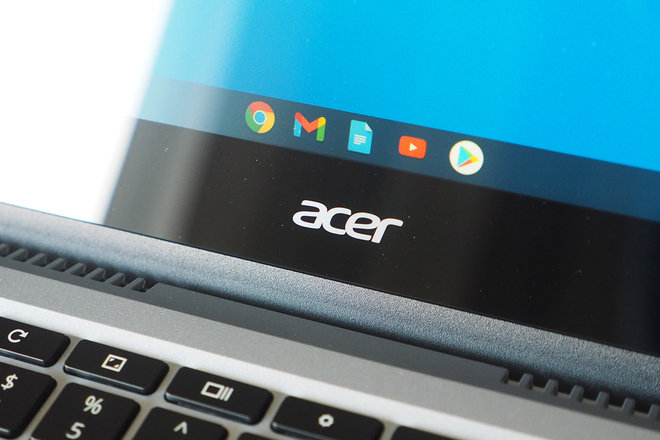 While the Spin 514’s bottom bezel is rather chunky – as you can see from the more pronounced black bar there – the left and right bezel is much smaller, giving the screen a decent ratio against the body. It’s a fairly neat design for a Chromebook that’s not ultra-pricey.

The same can attributed to the exterior: the silver-colour aluminium chassis (it’s also available in “Mist Green” if you’re feeling adventurous) comes with military-grade durability (US MIL-STD 810H1). 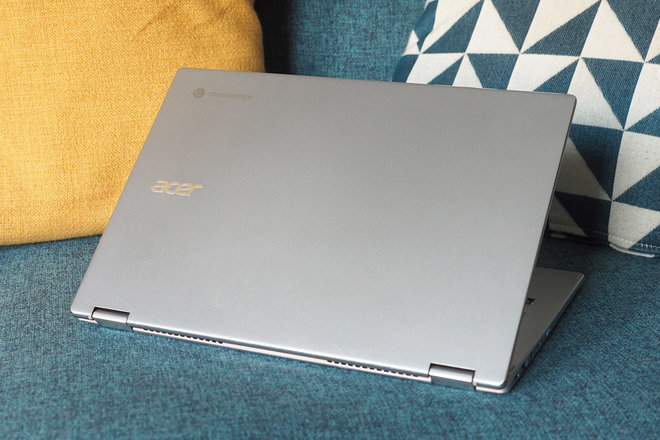 What does that mean? It’s resistant to dents and corrosion, while drops of up to 1.2m and pressure of 60kgs pose no problems. In short, if you chuck a bag down with the laptop inside, it shouldn’t get any dings or break.

Under the hood this Chromebook sports AMD’s Ryzen 3000 C-series processors. Why does that matter compared to tried-and-tested Intel? This AMD is a 7 nanometre chipset, which means the transistors measure 7nm, not 10nm like Intel’s equivalent. That means smaller distances for signals to travel which, in turn, results in lower power consumption, lower heat, and longer-lasting battery life. It’s why AMD is proving a popular choice in laptops at the moment – not that there’s anything wrong with Intel by any means. 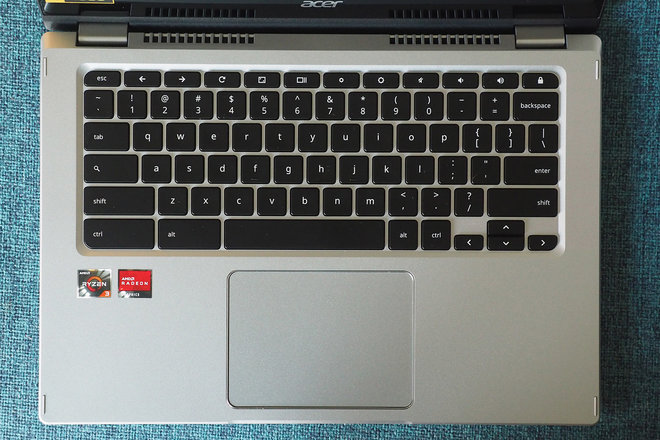 That core processor is paired with AMD Radeon graphics, to help give apps with graphical demands the chance of running smoother. Being a Chromebook we’re not talking about ultra high-end applications by and large, as this isn’t a Windows machine, it’s based on Google’s Chrome OS – the once always-online system that’s now just as good offline and delivers Android apps and Google’s suite of applications for all things office like.

That’s really the target audience for a Chromebook: those looking to dig deep into word processing. So it’s idea for school-goers or small businesses where mobility is key and long battery life without battery-eating app distractions is important. You can run Google Android apps too, so that means various games and additional assists are also available. 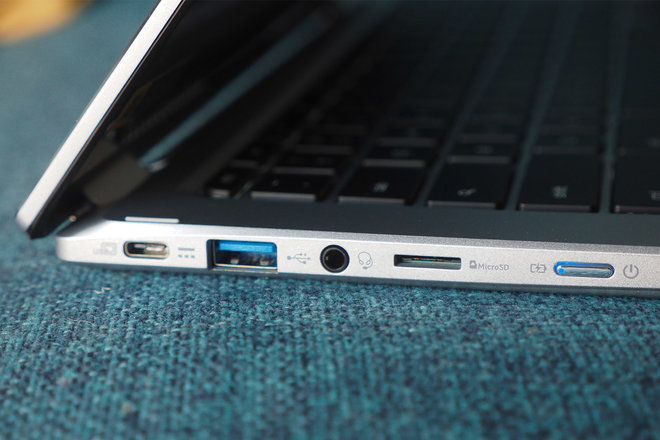 All this can be stored either in the cloud – Google Drive is part and parcel – or there’s up to 256GB on-board memory, in addition to a microSD card slot to the side, which can enable affordable expansion should it be needed for extra files and photos to be stored locally.