Acer has launched the latest Nitro 5 laptop with 12th Gen Intel Core i5 and Core i7 processors respectively in India. The new models start at Rs. 84,999 ($1,120) and packs up to 1TB of storage and up to 16GB of RAM. The RAM capacity can also be upgraded to 32GB.

The all-new Acer Nitro 5 laptops are the upgraded version of last year’s models. They come with a screen-to-body ratio of 80%, 165Hz display refresh rate, and an impressive response rate under 3ms. The two models run on Windows 11 operating system and sport an efficient design with two cooling fans. Each of the models also has four exhaust ports. The fan speed, CPU/GPU clock, and several other aspects can be regulated using the NitroSense utility application. There is a dedicated NitroSense key in the laptop to deliver these functionalities at the touch of a button.

The Acer Nitro 5 (2022) gaming laptops have a 15.6-inch display with In-Plane Switching (IPS) technology. The Acer ComfyView LED-backlit TFT LCD provides an aesthetic appeal for the laptops. The 16:9 aspect ratio is supported and the GPU is Nvidia GeForce RTX 3050/ 3050 Ti with 4GB dedicated GDDR6 VRAM. Connectivity for the new laptops is achieved through Wi-Fi 6 and Bluetooth 5.1. Several USB ports are available as well as HDMI, while the battery capacity is 57.5 Wh with a 3-pin 180W AC adapter. The new Acer laptops come in only black color and they weigh approximately 2.6kg. 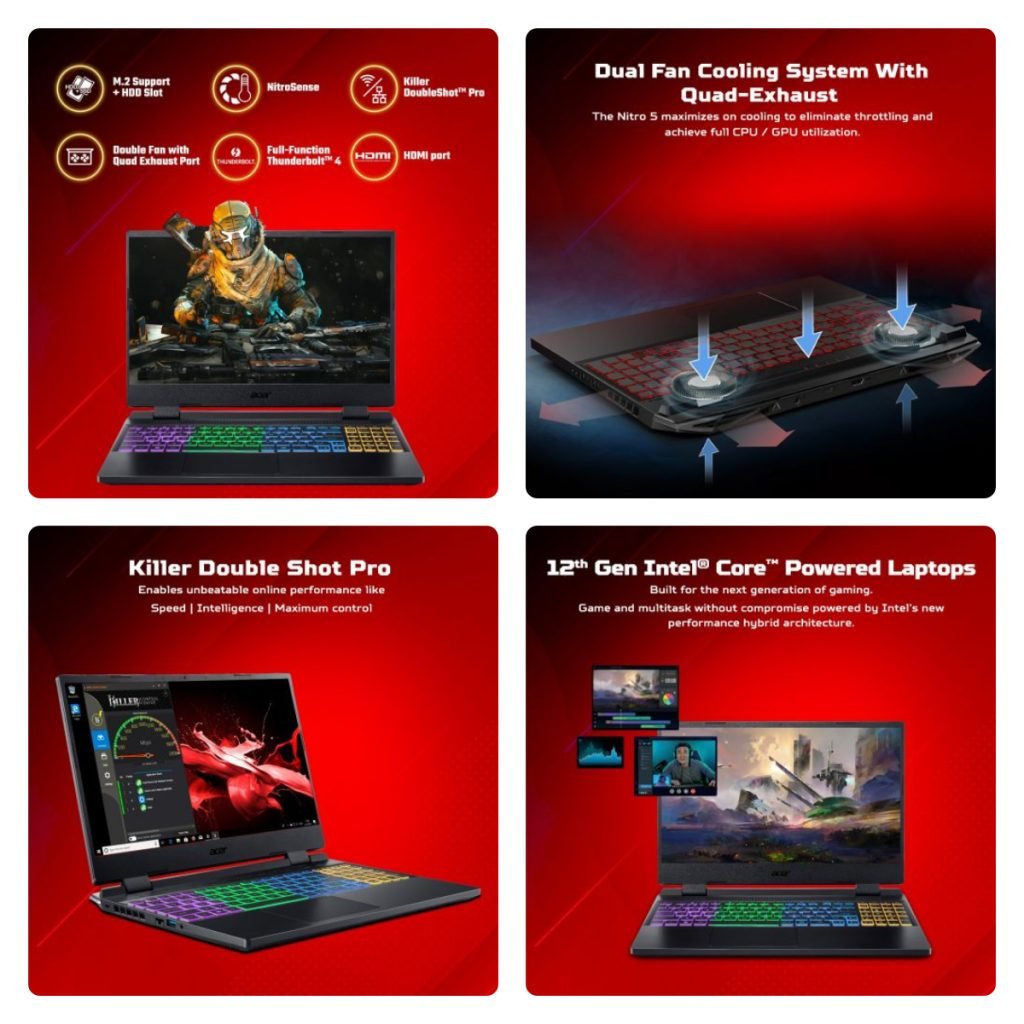