Acer today announced upgrades across four projector ranges with new enhanced models in both LED and laser mainstream categories as well as two high-performance ranges for business and commercial use. These new models include a best-in-class wireless LED 1080p projector with 3,000 lumens of brightness and also high energy-efficiency laser projectors that reach 3,100 lumens. Additionally, three new Acer monitors have been announced for business and home users: the eye-friendly Acer B248Y, the HDR-capable Acer CBL272U and the Acer BL270 with virtually no side-bezels.

Acer PD and VD Series — Powerful LED Projectors for Work and Play
The VD6510i is a wireless 3,000 lumens LED 1080p projector that delivers ultra-smooth 1080p 120Hz projections for action movie excitement. 125% coverage of the Rec. 709 color gamut provides excellent color saturation and vivid images, enhanced by 16x sequential display speed that minimizes rainbow effect, while 3,000 ANSI lumens of brightness enables the projector to produce a crystal clear image even for large screens or in a room with the lights on. LED projectors are very resilient to brightness decay, so users can enjoy their favorite movies for years to come, and are also eco-friendly due to their mercury-free nature. 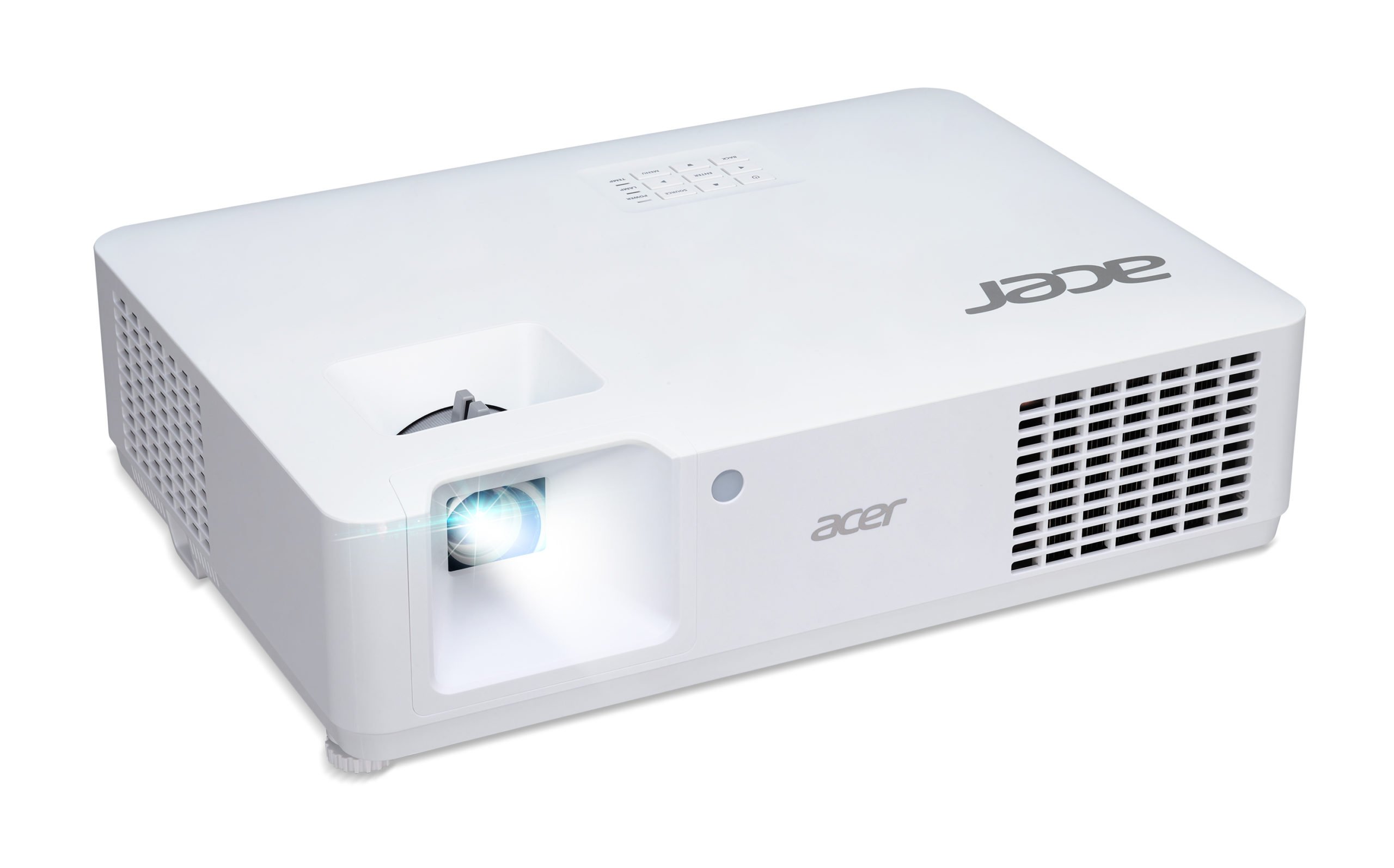 Also with 3,000 ANSI lumens brightness, the PD1530i is a business-oriented projector that was designed around making meetings as convenient as possible. The cable free, wireless 1080p LED projector is capable of throwing a 100-inch screen from a distance of less than 3 m (9.8 ft). LED projectors reach full-brightness almost immediately upon being turned on, eliminating delays at the beginning of meetings, and this brightness is long lasting: with a 30,000 hour lifespan, business users can expect to get many years of use out of the PD1530i projector.

Acer XL Series — 3,100-Lumens and Eco-Friendly
Using only 143 watts of power, the Acer XL series (XL1220/XL1320W/XL1520) contain some of the most energy-efficient 3,100 lumens laser projectors in the world[1]. The XL series of projectors are reliable devices that deliver stunning image quality of up to 1080p[2] and are priced for the mainstream market, making them perfect for use in medium-sized meeting rooms. An IP6X[3] certification indicates that XL-series projectors are “dust-tight,” the highest grade of protection against solid foreign objects available, preventing the ingress of dust or other solid particles that may damage the device. This durability makes the 3,100 lumens projectors capable of being used under any ambient lighting, and combined with a 30,000-hour lifespan, they require remarkably little maintenance. Portrait and 360-degree projection modes are also available, enabling the XL series projectors to accommodate any sort of space or scenario. 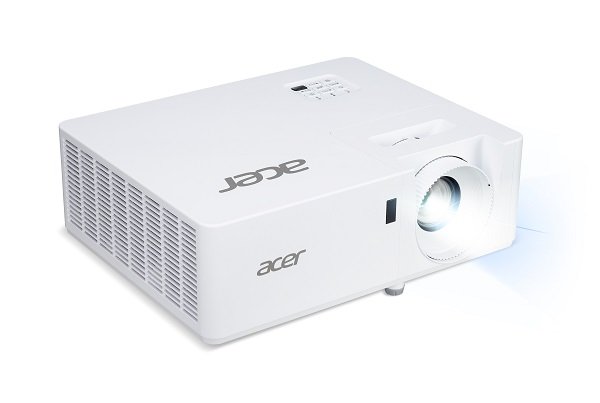 Acer UL and PL Series — Solutions for Venues Big and Small
The Acer UL5630 is an innovative projector designed to overcome the limitations of space, capable of throwing a 120-inch projection from a distance of just 31 cm (12.3 in). This ultra-short throw projector is equipped with a new high-quality image laser diode that enables it to project in WUXGA (1920×1200) with 4,500 lumens of brightness, creating crisp displays in which even the fine print stands out. Features like the ability to project freely in 360 degrees or in portrait mode and remote management capabilities make the UL series particularly well suited for education and business. 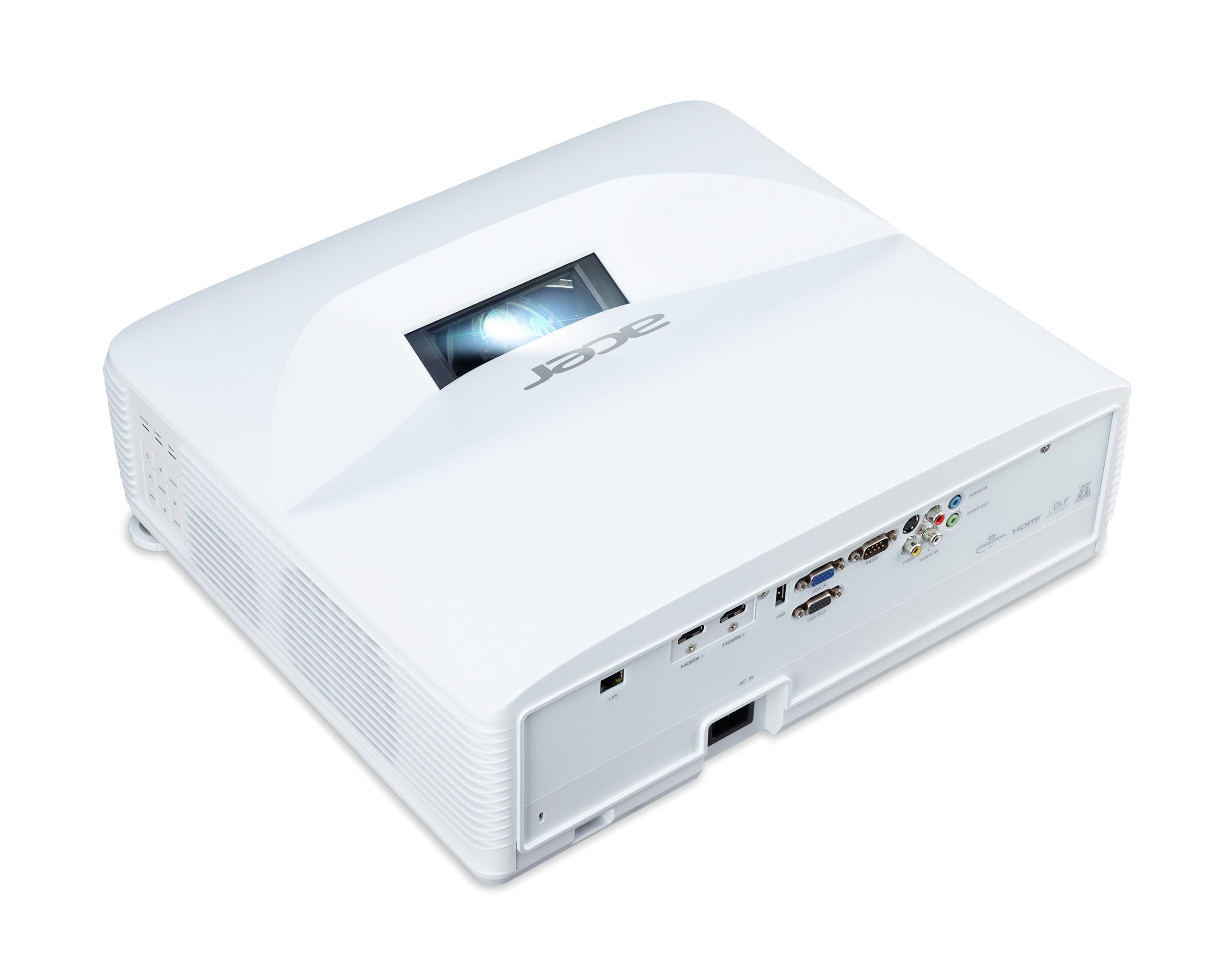 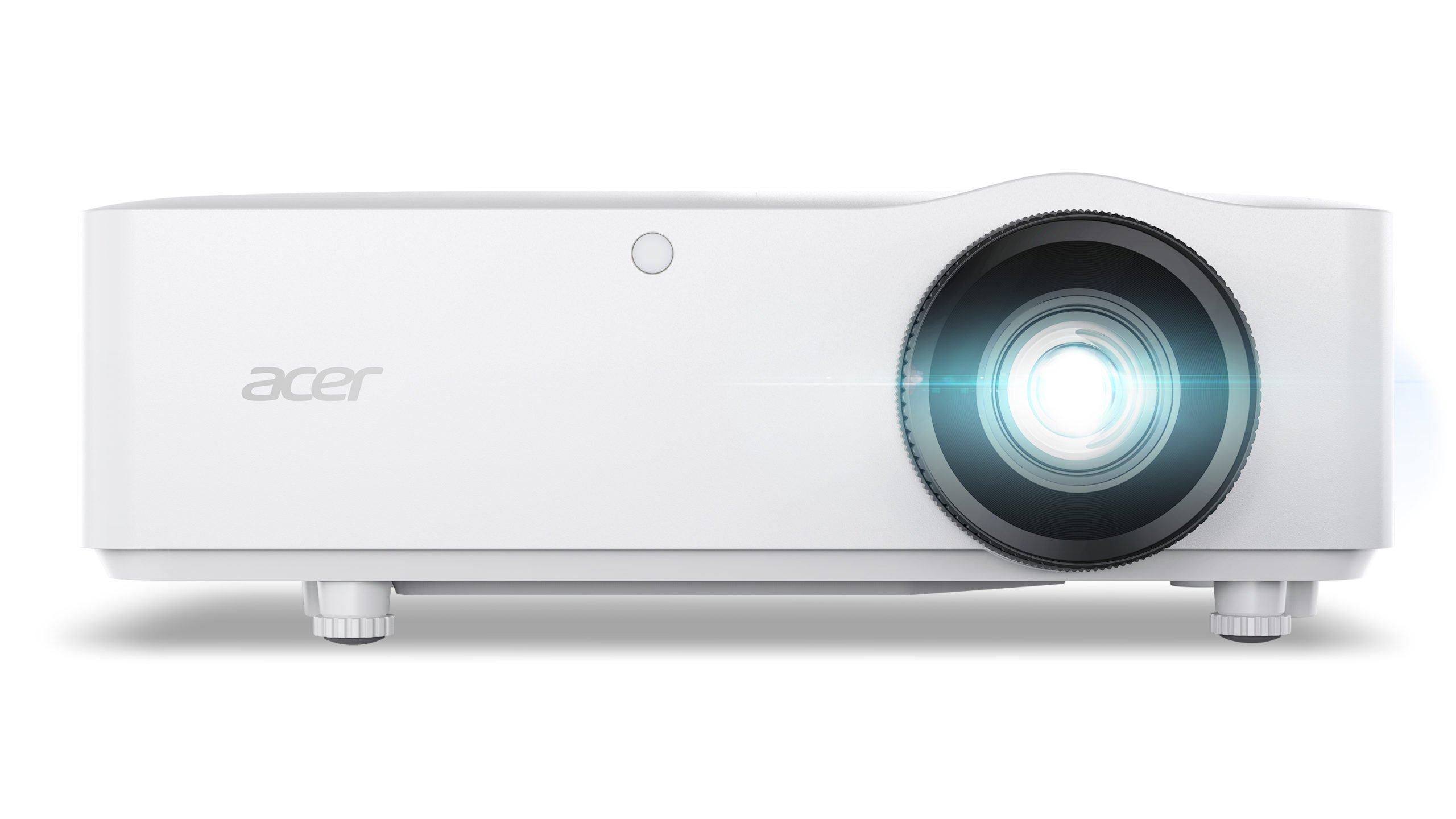 On the other side of the spectrum, the PL series of high brightness 6,000 ANSI Lumens laser projectors (PL7610/PL7610T/PL7510) are low-maintenance devices with a 30,000 hour lifespan that are ideal for those working with particularly large venues, such as conferences, boardroom presentations or exhibition stands.

Acer B248Y — Ergonomic Monitor for a Better Day’s Work
The Acer B248Y is an ergonomic monitor that has been designed around cushioning various pain points that come up in a day’s work. TÜV/Eyesafe certified, the monitor includes a number of features that aim to reduce eye-strain, such as Acer LightSense and Acer ColorSense, which automatically adjust screen brightness and color temperature to match the environment. The monitor’s FHD (1980×1080) IPS[4] display sits on an Ergostand, a flexible stand that makes it easy to adjust the display’s height, swivel or tilt, or even rotate 90 degrees into portrait mode.

Easy on the eyes, the B248Y can also make the most of any desk. Its built-in docking station turns the monitor into a workspace in its own right, serving to remove clutter and making use of RJ45 and USB Type-C 100W PD ports which simplify the process of moving work from office to office, or back home. Multiple monitors can be daisy-chained together, for those who need more screen real estate, and an adjustable FHD webcam that supports Windows Hello enables users to rotate the camera’s feed until they find the perfect angle, or physically close it to avoid accidental sharing during a meeting.

Acer CBL272U — QHD Resolution and HDR10 Support for Stunning Image Quality
The Acer CBL272U is a 27-inch TUV/Eyesafe certified monitor that’s sure to satisfy with its QHD (2560×1440) screen, Delta EAcer BL270 — Flexible Placement and Disappearing Bezels
A clean and professional monitor designed to look at home in any business environment, the Acer BL270 is a TÜV/Eyesafe certified FHD (1920×1080) monitor with thin size bezels that taper off, allowing for two monitors to be placed virtually seamlessly side-by-side. The monitor’s flexible stand enables users to adjust its height, swivel and pivot, making almost any viewing angle possible. The monitor has also been designed to work with the Acer Smart Console App, enabling content on a phone to be easily mirrored to and controlled on the monitor. 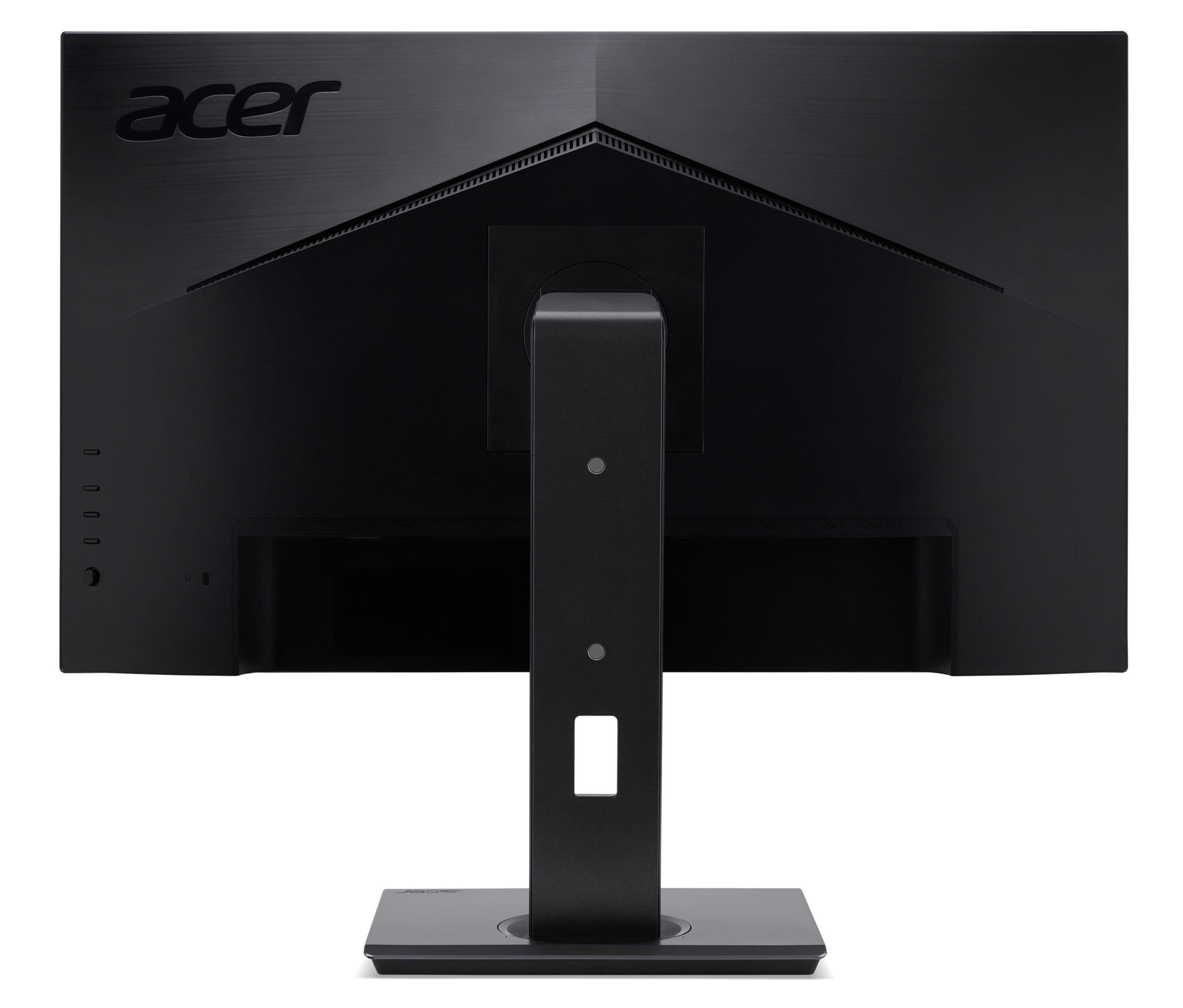 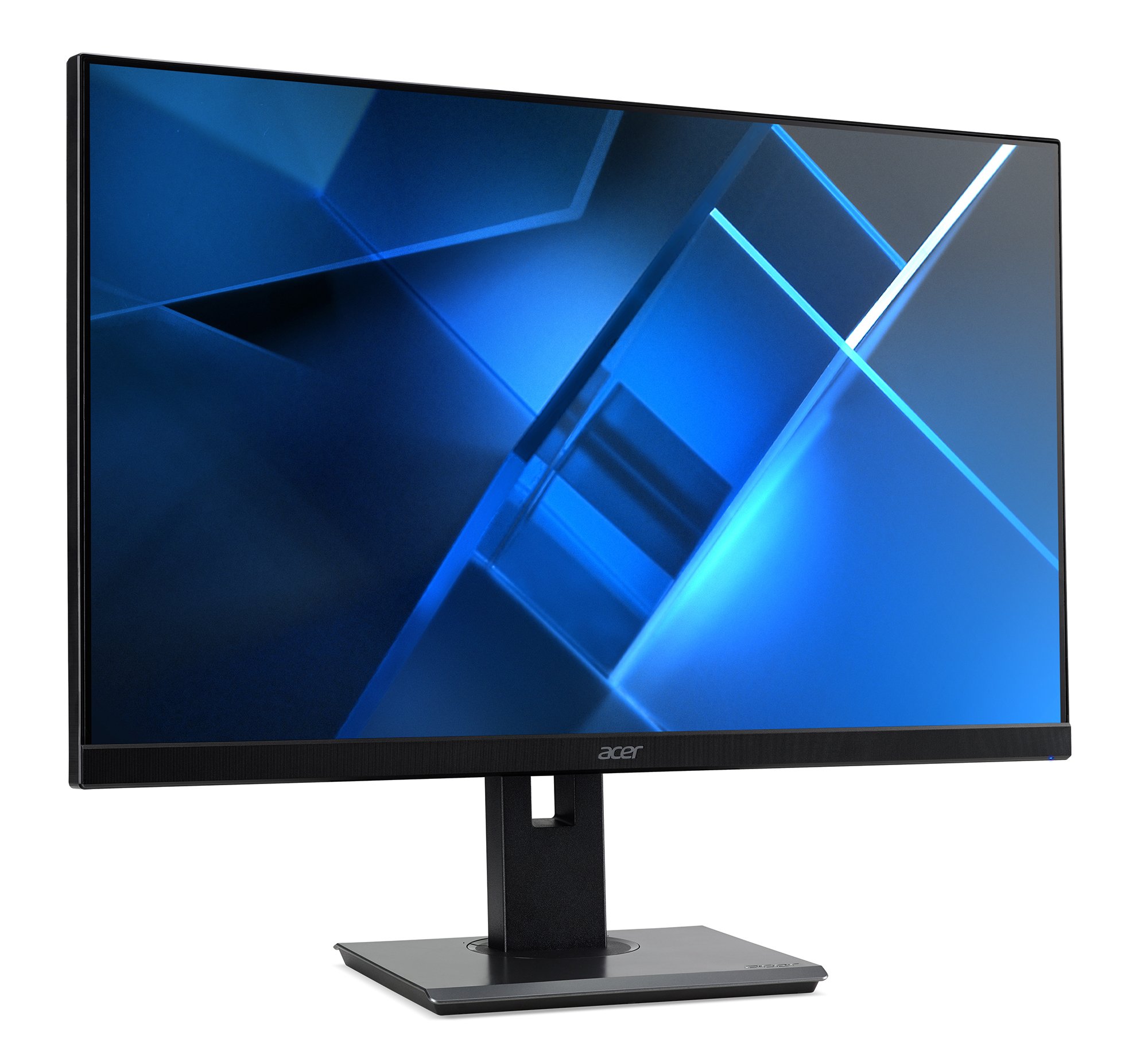 The PD range of projectors will be available in North America starting at USD 1,099; in EMEA starting at EUR 1,199.

The VD range of projectors will be available in North America starting at USD 1,099.

The XL range of projectors will be available in North America starting at USD 999; in EMEA starting at EUR 999.