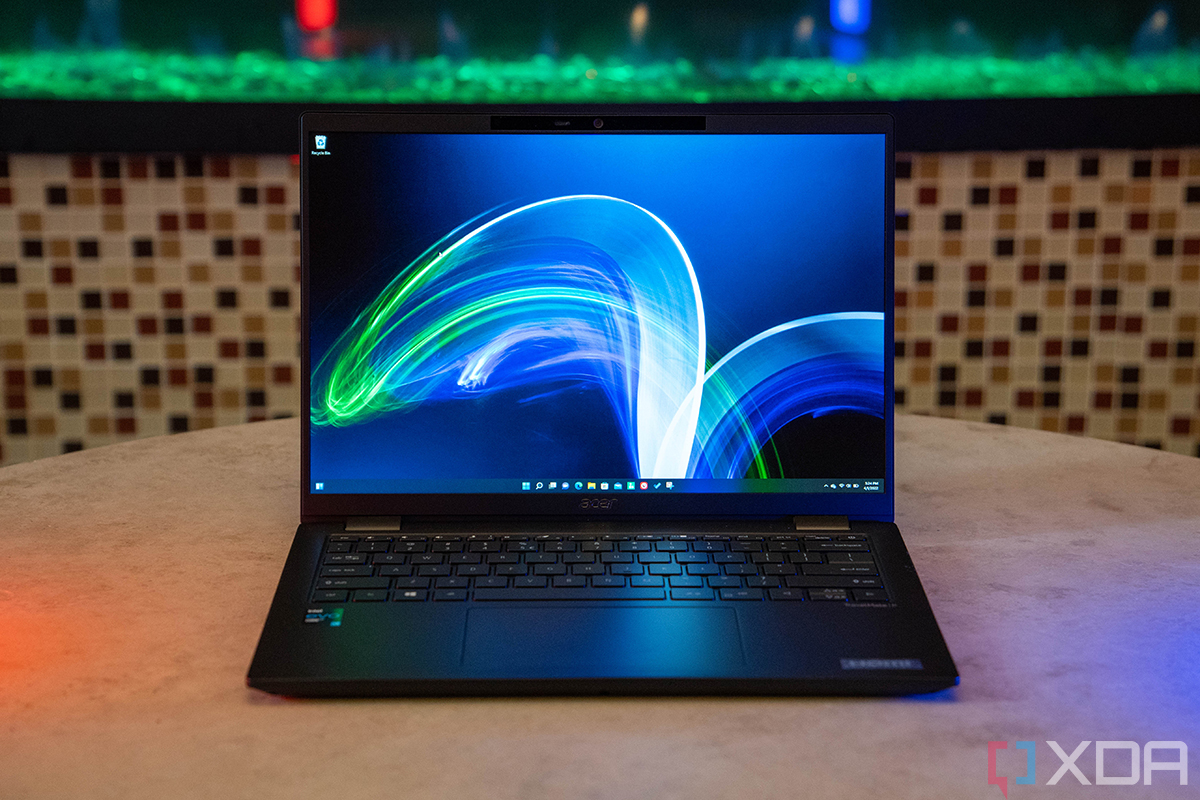 Acer’s latest TravelMate P6 is a delightful business laptop. It’s lightweight, and it’s stylish yet subtle. But as with any Acer PC, you just have to get past the bloatware, which can be done by uninstalling software or installing a clean build of Windows 11.

It comes in an a black aluminum-magnesium chassis that weighs in at 2.2 pounds, or just less than one kilogram. That makes it super easy to carry, and it doesn’t compromise on performance or ports, offering 11th-gen vPro processors, modern ports like Thunderbolt 4, and legacy ports like USB Type-A. 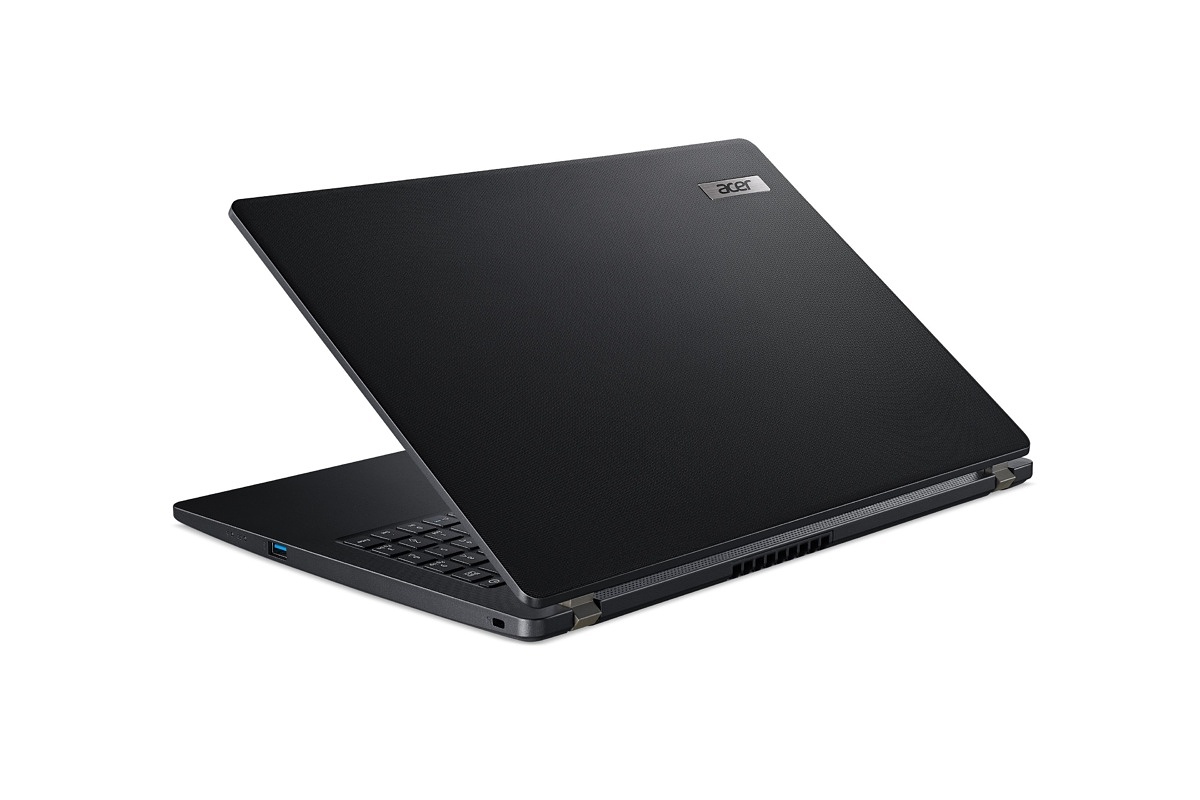 The Acer TravelMate P6 weighs in at a kilogram, making it among the lightest 14-inch business laptops. It also packs 11th-gen processors, an FHD webcam, and more.

The rest of them are the same. They both come with 16GB LPDDR4x memory, and they have a 14-inch 16:10 1,920×1,200 display. Probably even more importantly, they weigh in at 2.2 pounds, considering that the ultra-light form factor is a key feature of the device.

You can order an Acer TravelMate P6 from the usual suspects, such as Acer, Amazon, and Newegg.

About this review: Acer shared the TravelMate P6 with us for review. It did not have any input in this review.

I really like reviewing super-light laptops like this one, which comes in at just 2.2 pounds. There’s something about devices at that kilogram mark that are just delightful. They’re so easy to carry around in a bag that you’ll forget they’re even there. They’re comfortable to use when you’re just lounging around the house. 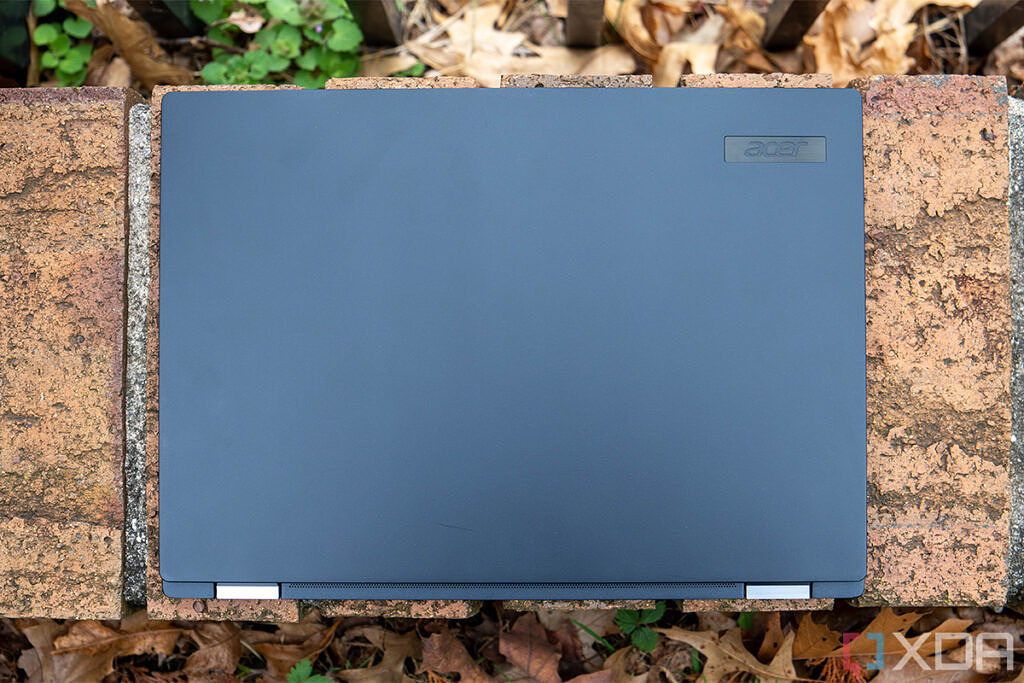 The thing I enjoy the most is seeing what OEMs do to make them not look and feel cheap. In order to get to this weight, you have to use a magnesium alloy, and that can feel plasticky. Acer does a pretty good job here in making a solid-looking laptop from a magnesium alloy. It comes in black, but the hinges have silver accents, which is a nice touch. I really like how it looks and feels, although like most magnesium alloy laptops, you’ll find that the lid easily bends if you press on it, and stuff like that. 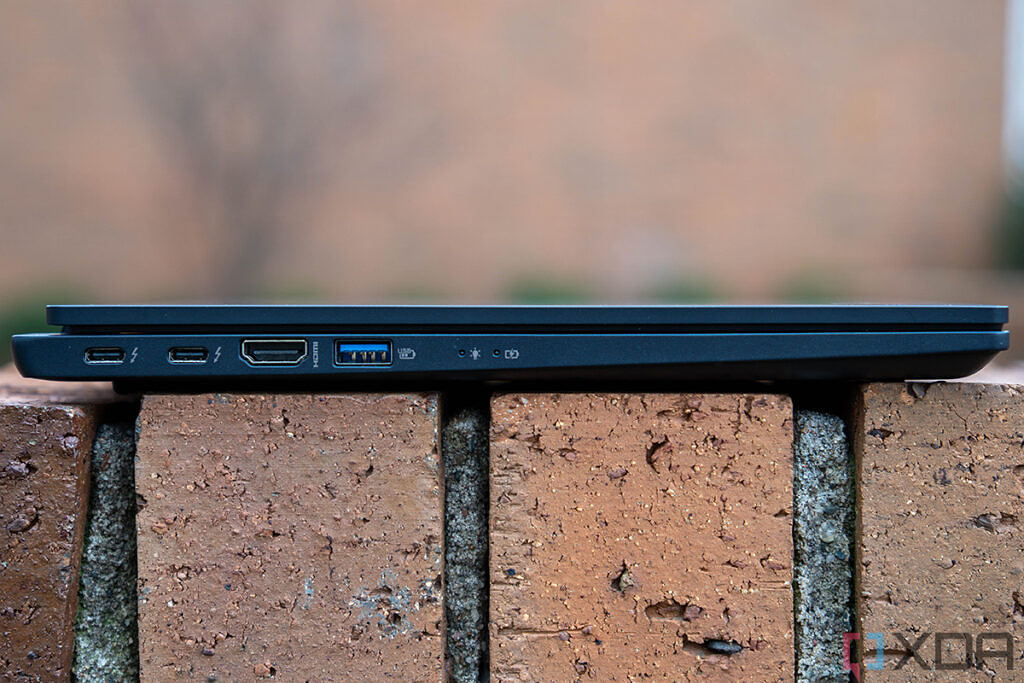 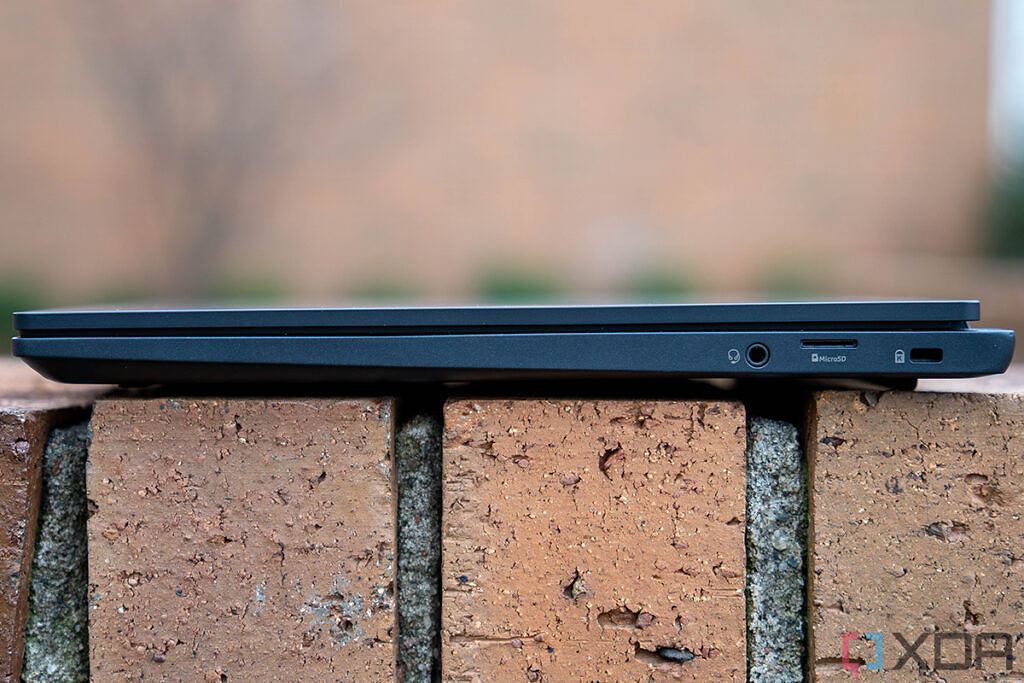 I really like the design of this laptop, as I do with a lot of Acer’s laptops. The company makes magnesium sexy. I’ve seen Swift laptops in blue with silver accents or green with gold accents, but for a TravelMate, the design needs to be a little more subtle. That’s why we have a sort of metallic black with silver accents. And of course, it only weighs a kilogram.

The Acer TravelMate P6 comes with a 14-inch 1,920×1,200 display, and yes, that resolution means that it has a 16:10 aspect ratio, something that’s becoming more and more common. 16:10, as opposed to 16:9, it taller, and it has more surface area. Screens are measured diagonally, so the closer the aspect ratio gets to square, the more surface area you get. 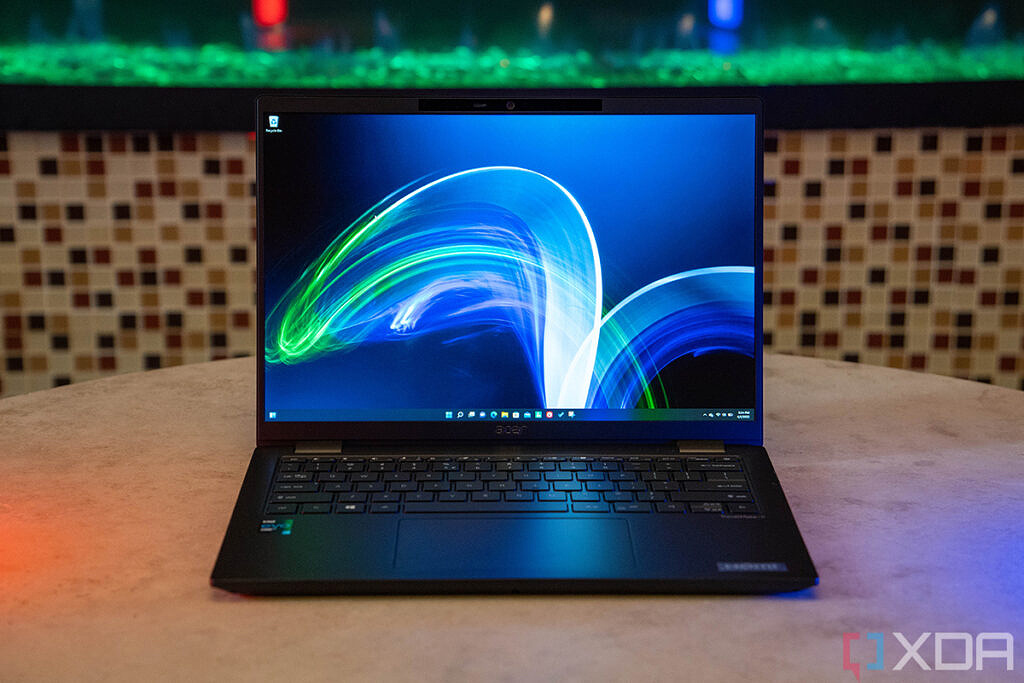 It’s a matte non-touch display, but it doesn’t suffer from some of the pitfalls I’ve seen on anti-glare screens in the past. In fact, this is actually a better display than I’ve seen from a lot of Acer laptops.

Brightness maxed out at 366.9, which exceeds the 340 nits promised by Acer but still less than I’d like in a laptop. It’s not going to be great for outdoor use. Contrast is 1250:1, which is pretty good. 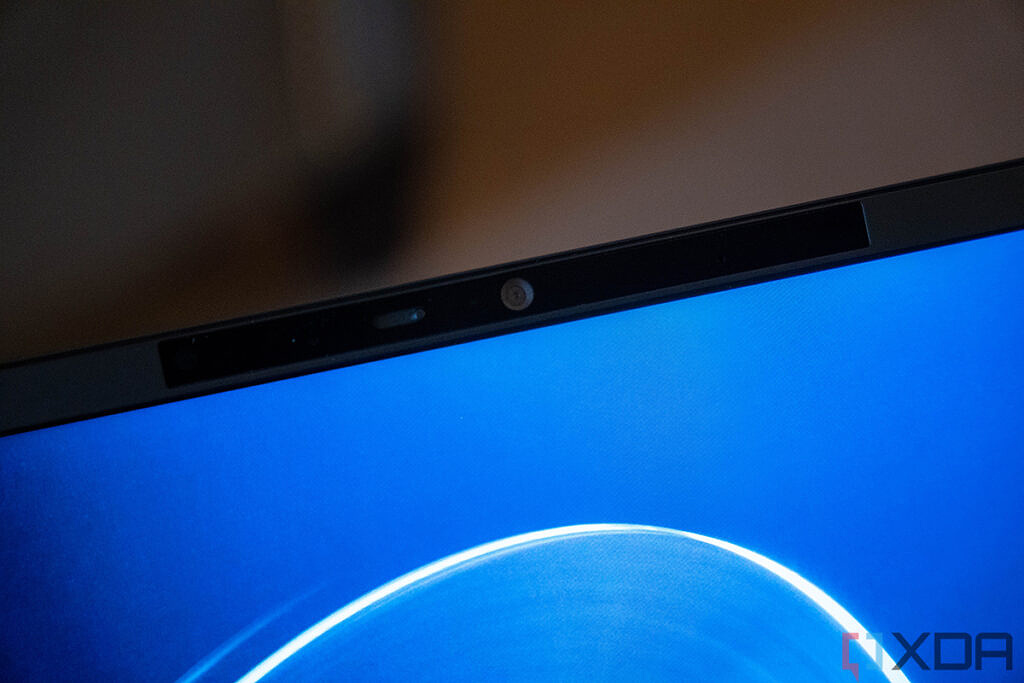 Above the display, you’ll find a 1080p webcam, which is pretty solid. Indeed, considering that this laptop comes from the 11th-gen Intel age before FHD webcams were added to the Evo spec (as a suggestion), it’s really impressive that Acer took the initiative on this. Considering how many people are working from home and taking video calls, webcam quality is super important, and this one is quite good.

The keyboard and touchpad on the Acer TravelMate P6 are pretty straightforward. The keyboard is Chiclet-style, and it’s pretty standard for Acer’s laptops. It’s fine, but frankly, it just doesn’t compete with some of the phenomenal stuff that HP and Lenovo are doing with their business laptop keyboards. 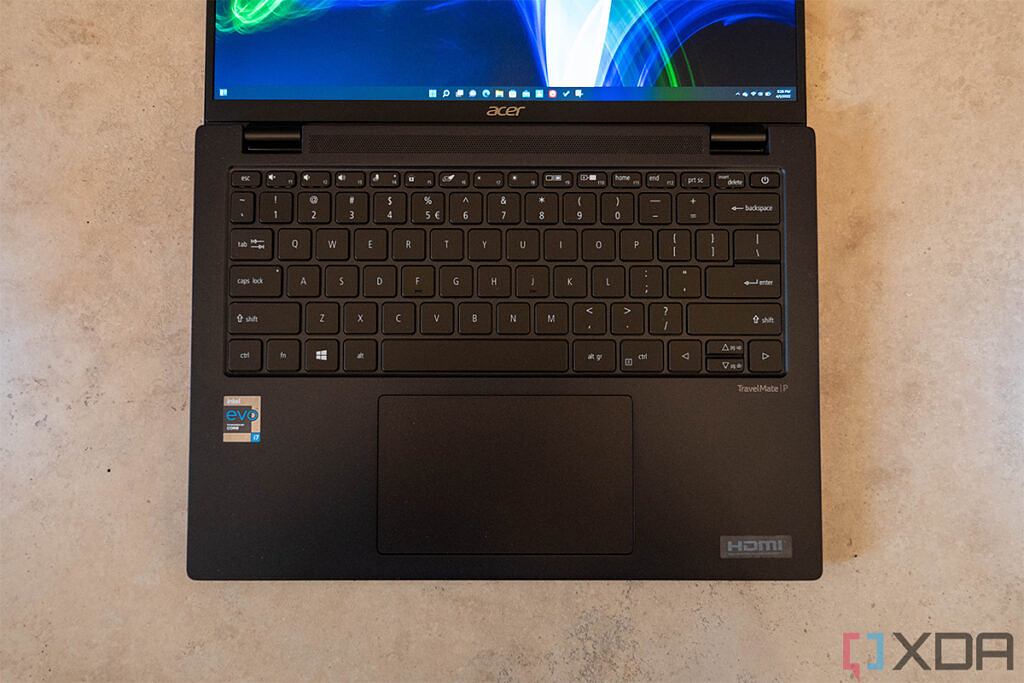 The keyboard is backlit, which is good, but the keys themselves feel pretty standard. It’s not particularly quiet, it doesn’t have that particularly comfortable force curve that we see from other laptops, and so on. It’s definitely accurate, but other than that, it’s average, which is fine.

As you can see, the Precision touchpad doesn’t quite make use of the available real estate that it could, although it still feels big enough. I just personally want touchpads to be as large as possible.

Performance: Like all Acer laptops, it comes with a ton of bloatware

The model that Acer sent me includes a Core i7-1165G7, 16GB RAM, and a 1TB SSD, which is pretty sweet. It’s also got a pretty sizable 56WHr battery, and unfortunately, a ton of bloatware.

You can identify bloatware in a number of ways. Some people consider any pre-installed software that they don’t find useful to be bloatware, and while that’s fair, that’s not the definition that we’re going for here. We’re not even going to talk about the bloatware that Microsoft installs with Windows, such as Solitaire Collection, although that would be fair too. The difference is that Microsoft’s bloatware is a constant across the Windows landscape. No, we’re talking about software that’s been separately installed by Acer.

Most companies don’t do this anymore. Over a decade ago, it was common for companies to load up PCs with third-party apps, which would subsidize the cost a bit. This can still happen on the low end, but for a $1,499 PC, it’s very rare. OEMs like Dell, Lenovo, and HP will install an antivirus program on consumer PCs, but that’s about it, and business PCs won’t even have that.

Let’s take a look at some of what’s pre-installed on the Acer TravelMate P6:

Believe it or not, this is actually impressive compared to a consumer Acer laptop, which usually contains an array of games as well. My biggest issue is with things like Norton, Evernote, and Firefox. They’re all there to compete with something that’s already in Windows. It reminds me of the older days of Android phones when they’d all have two of everything, one from Google and one from the OEM.

Some of it is super useful. Acer ProShield Plus is great. You can drag and drop files into it to encrypt or decrypt them, there’s a File Shredder functionality that overwrites the data so it can’t be recovered, you can make a partition as a Personal Secure Drive, you can control which kinds of USB devices can be used, and more. It’s phenomenal. ProShield Plus is a one-stop shop for all of your security needs that you’d expect from a business laptop.

But ProShield Plus is really all we should be getting from Acer here. You shouldn’t have a shortcut to Booking.com on the Start Menu of a business laptop.

It’s easy enough to get rid of this stuff, as you can just uninstall it. Like I said, there’s a lot less useless stuff than on an Acer consumer laptop, so it doesn’t even take a lot of time.

The Acer TravelMate P6 checks the right boxes for a business laptop. Sure, 12th-gen processors are better than 11th-gen, and I’m sure Acer will refresh the product at some point. But still, for a productivity machine on the go, this thing is nearly perfect.

If you’re doing your work in the browser or something similar that’s not graphics-intensive, this gets the job done. Speaking of graphics though, the Iris Xe graphics in 12th-gen chips are mostly the same as in 11th-gen, so you’re really not missing anything there. My work load, as usual, consists of having over a dozen tabs open in a Chromium browser (the browser varies, but these days, it’s usually Vivaldi), while using other apps like OneNote, Skype, Slack, and Photoshop. There were no pain points in usage.

Interestingly, when I sort my benchmark scores by PCMark 10 scores, the Acer TravelMate P6 aligns more with the lower-watt Tiger Lake UP4 chips, like the one in the Lenovo ThinkPad X1 Titanium Yoga.

Battery life is solid, maxing out at just below six hours. The way I test laptops is by using them. Then, I create battery reports and average the times, so this is real-world usage, as opposed to streaming video constantly or something. On average, it got between five and five and a half hours, which is still better than many of the laptops that I test. It’s impressive.

As is the case with everything, the Acer TravelMate P6 is not for everyone.

Who should buy the Acer TravelMate P6:

Who should not buy the Acer TravelMate P6:

I found the Acer TravelMate P6 to be an excellent laptop that checks all of the right boxes. It’s a great business laptop, but it seems to be something that would be great for almost everyone.