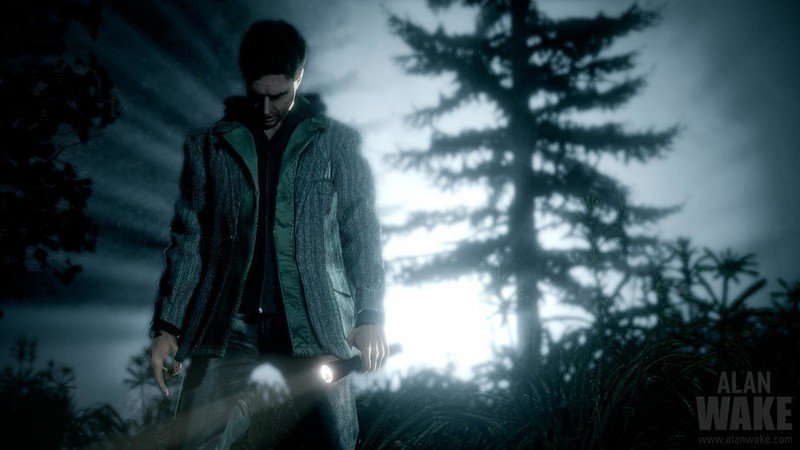 Alan Wake is getting remastered according to this store listing, and will drop on October 5.

Alan Wake was an Xbox 360 exclusive that reverted to the game’s creator, Remedy Entertainment, after Microsoft decided not to fund a sequel. Since then, there were hints from Remedy that the franchise would come back in some form, fuelling rumors of a sequel. Now, we’ve got a glimpse of the first Alan Wake project in the post-Microsoft era for the franchise, and the game is heading to PlayStation for the first time.

As spotted by Wario64 on Twitter (definitely drop a follow) Alan Wake Remastered was outed on Rakuten Taiwan, complete with an October 5 launch date. Our sources have confirmed to us that this is indeed real, and the game was slated to be revealed in the very near future regardless. Wario64 discovered store listings for Xbox, PlayStation 4, and PlayStation 5. It’s natural to assume this will also come to PC, too.

Alan Wake tells the story of the titular Alan, a writer who travels to the Pacific North West in America to find inspiration for his next novel. While in the fictional town of Bright Falls (filled with references to cult TV show Twin Peaks), Alan discovers a mysterious force at work in the town, twisting the inhabitants into shadowy, psychotic reflections of their former selves. What’s worse, everything Alan Wake writes seems to be coming true, except he can’t remember writing the events creating this strange town-wide upheaval.

In Alan Wake, players use light sources to defeat enemies. The original game had some of the most impressive lighting effects for its time as a result, complete with Remedy’s great writing and signature tight gunplay. With Alan Wake Remastered hitting stores, hopefully, we’ll see a revival of interest in the franchise, eventually leading us to that long sought-after sequel. After all, there are indeed rumors that the game Remedy is working on with Epic Games could indeed be Alan Wake 2.