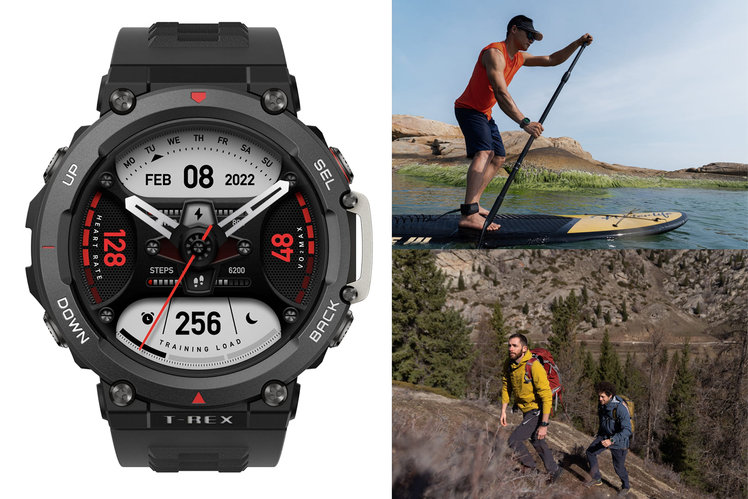 Amazfit has announced a new entrant into its lineup of rugged outdoor wearables, in the form of the T-Rex 2.

The latest smartwatch has passed fifteen military-grade toughness tests, so Amazfit reckons it’s ready for whatever you can throw at it.

It has onboard GPS navigation, dual-band connectivity and 10 ATM water resistance, making it a great partner for those venturing out into the wilderness.

In addition, it offers up to 24-day battery life, something that most smartwatches wouldn’t dare dream of.

There’s a barometric altimeter and compass to further aid in navigation, as well as fitness tracking, and more than 150 different sports modes to choose from.

The T-Rex 2 has a new route import function, that allows you to import pre-selected routes and follow them using the watch alone.

For health monitoring, the watch can use its six photodiode BioTracker to monitor heart rate, blood oxygen saturation and stress levels 24-hours a day – though we would imagine you won’t get 24-days of battery life when doing so.

The screen size has increased to 1.39-inches and features a similar circular AMOLED display to the T-Rex Pro that came before it.

The T-Rex 2 will be available in four nature-inspired colour palettes with pre-sales starting June 1st in Italy, Germany and France. It will be made available in more countries throughout June.

If the T-Rex 2 sounds like your ideal adventuring partner, it’ll set you back €229.99 in Europe, pricing is yet to be announced for other regions.