Huami may have a new smartwatch launching soon now that the Chinese New Year holiday is over. While the manufacturer is yet to officially announce that it has a new smartwatch coming soon under its Amazfit or Zepp brands, a new leak has surfaced that hints at the arrival of a new watch. The watch is the Amazfit T-Rex Pro and now we know what it will look like as well as its specs. 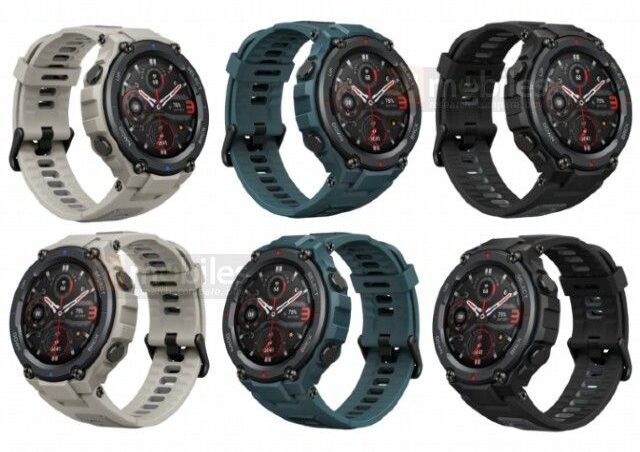 This is not the first time we have heard of the Amazfit T-Rex Pro. Back in January, a leak revealed that it was among the new smartwatches Huami had planned for release this year. Just about a month after and we get our first look at the watch thanks to an exclusive leak from 91Mobiles.

There are a lot of similarities, both inside and out, between the Amazfit T-Rex Pro and the Amazfit T-Rex that was announced last year. The design looks practically unchanged but you get three new colors. Below are the specifications of the new watch:

As you can see, the screen size and battery capacity are unchanged. However, the Amazfit T-Rex Pro now has the newer BioTracker 2 PPG sensor and a higher waterproof rating. It also supports more navigation satellite systems than the standard model. The leak says the smartwatch will be available in three colors – black, gray, and green. The original launched in five color options including a camouflage version.

There is no info on when the smartwatch will launch but we won’t be surprised if it launches this month.