Amazon just dumped a bunch of new features for Alexa.

During yesterday’s annual Alexa Live developer conference, Amazon announced more than 50 features that it’s launching to help developers boost the capabilities of its virtual assistant. 50 is admittedly a lot, but here are some of the features that are worth mentioning, including new widgets, monetization options, and even a curious new smart display from Verizon.

Widgets are the hottest thing in 2021, with Google giving them a big revamp with Android 12. Not to be left out by its competition, Amazon is planning to introduce widgets on its Echo Show devices. The company has already provided a mockup of the feature, which you can see below, and it says the feature will help users more easily interact with Alexa skills by “being able to ‘check an item off a list’ or tap a widget to be taken straight to the latest content your skill has to offer.”

In addition to widgets, developers will now be able to take advantage of Featured Skill Cards to promote their skills on the home screen. This way, owners of the best Amazon Echo Show displays like the Amazon Echo Show 10 (3rd Gen) can discover new ways to interact with Alexa.

Developers will now be able to charge for access to their skills. Users interested in accessing a skill will pay a one-time fee, similar to many apps. This will give developers opportunities to charge for premium skills, and it sounds like it could potentially lead to free and paid versions of the same skill.

Alexa Shopping Actions make it easy for developers to sell Amazon.com products through their skills. Developers can even take part in the Amazon Associates program, enabling them to make a 10% commission on associated sales on qualifying products.

In addition, Amazon is expanding in-skill purchases to Canada and India later this year.

Alexa and your phone

Amazon is deepening the connection between Alexa and your smartphone. The new Send to Phone feature allows users to start an interaction with a skill on their smart display or speaker and continue the interaction on their smartphone for additional use. Companies like McDonald’s UK, Twitter, Husqvarna, Iberia Airlines, Cookpad, and Lysol will be among the first to utilize this skill.

Object trackers are all the rage this year, and Alexa’s Find My feature is expanding its API to more companies, including Samsung. Later this year, owners of the Samsung Galaxy S21 or the new Galaxy SmartTag+ may be able to tap Alexa to help locate their items.

Amazon Alexa Guard is getting an important safety feature, which will allow the assistant to connect with smoke, carbon monoxide, and water leak detectors. Once any of these detectors senses something amiss, users will get a Smart Alert notification. Compatible companies include Kidde, Moen, First Alert, and YoSmart.

Amazon is also making it easier for developers to build new skills faster. With Alexa Skill Components, developers can accelerate skill development “by simply plugging them into your existing voice models and code libraries.”

Additionally, Amazon’s Echo family is being updated to support the new Matter interoperability standard, which will make it easier to purchase smart devices without worrying about whether or not it will work with the system.

There were a ton of features announced at yesterday’s event, all of which you can read about on Amazon’s blog post. Verizon also took some time to launch its new smart display based on a customized version of Alexa. Other brands will also be able to launch their own customized versions, which could open the door to tons of new personalized experiences. 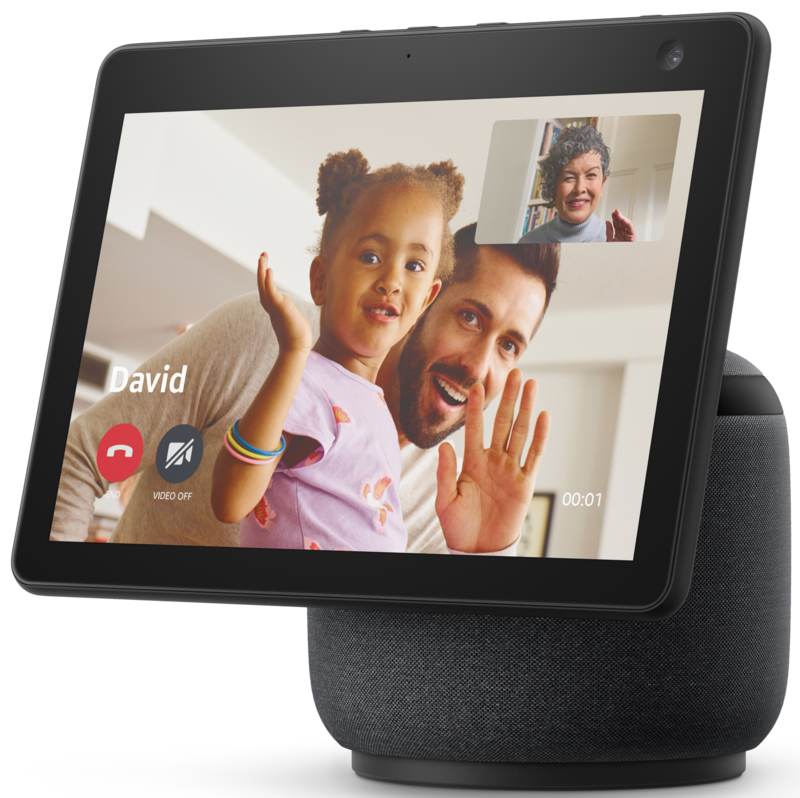 The Amazon Echo Show 10 is the best smart display for anyone in Amazon’s ecosystem. It features great audio and a large swivel display with a camera that can easily track your movements and keep you in the frame when on a call.