Now in its fourth generation, the Amazon Echo Dot has a whole new visual identity. While the three models before it had a puck-like shape, this time around, the popular Alexa speaker is shaped like an orb. It echoes the design language of the larger Echo speaker, and not much else.

But should you upgrade to the Echo Dot 4th gen, or look at other smart speaker alternatives? We find out in the Android Authority new Echo Dot review.

The fourth-generation Echo Dot takes two steps forward and one step back. Compared to the model it replaces, sound quality and connectivity have improved and the design definitely stands out. However, the updated design isn’t as versatile in mounting options and the hardware buttons are much harder to reach. 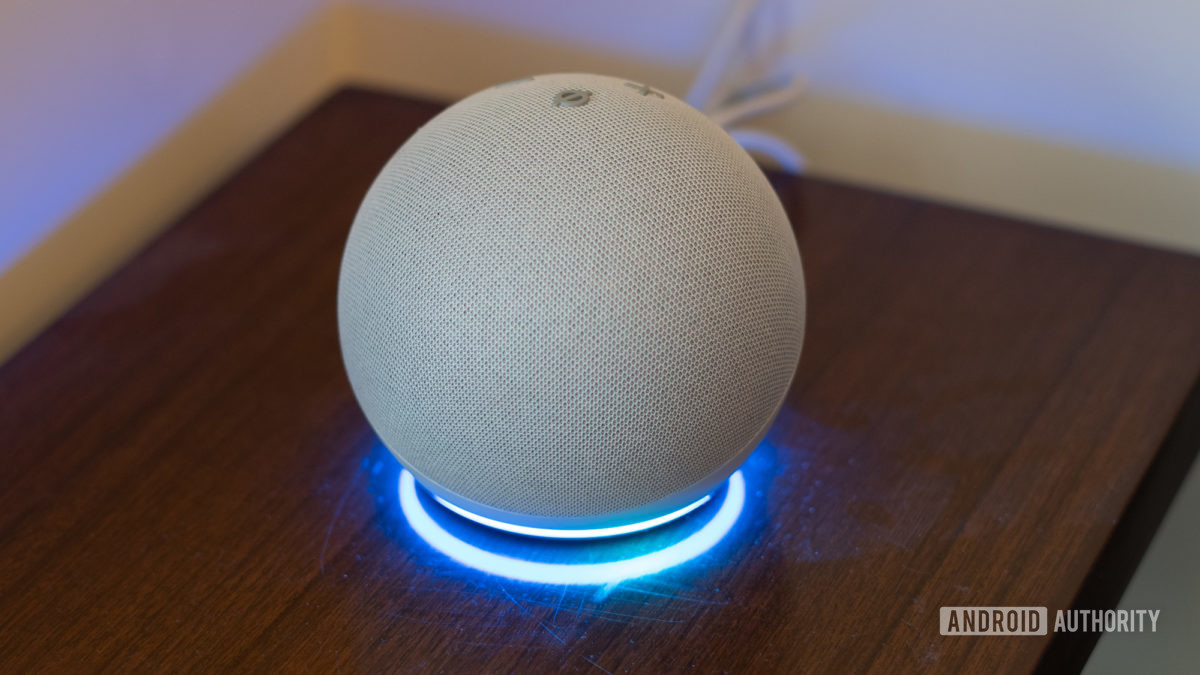 The Amazon Echo Dot 4th gen is a spruced-up take on the ubiquitous Echo Dot. It’s an affordable entry into the world of voice assistants and automation.

The speaker is powered by Amazon’s Alexa voice assistant. It can answer pretty much any query that you might throw at it, and more, thanks to the thousands of skills that can be enabled using the app.

The Amazon Echo Dot is just as smart as larger Amazon speakers, except for Zigbee support.

Echo Dot brings almost all the smarts of the higher-end Amazon Echo, save for Zigbee support, in a form factor that makes it easy to place on a bedside table or office desk. The speaker is available in two variants: the standard Echo Dot that we’ve reviewed here, as well as a version that integrates a digital clock readout on the front.

The most obvious update is the design. Beyond that, not much else has changed. The 4th gen Echo Dot sports the same 1.6-inch speaker, a barrel connector for power, as well as an auxiliary port for audio-in or audio-out.

What I like about the Amazon Echo Dot 4th gen

No matter what you think of the new orb-like design, it certainly is distinctive. It stands out from anything else on the market. The spherical shape looks more visually appealing when placed on a desk, compared to the utilitarian look of the outgoing model.

As someone who already has a range of Echo devices handling home automation across my apartment, I often end up looking at the ring of LED lights running around the top of the Echo Dot to make sure it has picked up my voice command. I was therefore a bit skeptical about shifting the lights to the base of the device. However, that didn’t cause any problems. The updated Echo Dot’s LED ring is bright enough to reflect off most surfaces and remains visible even from a distance. 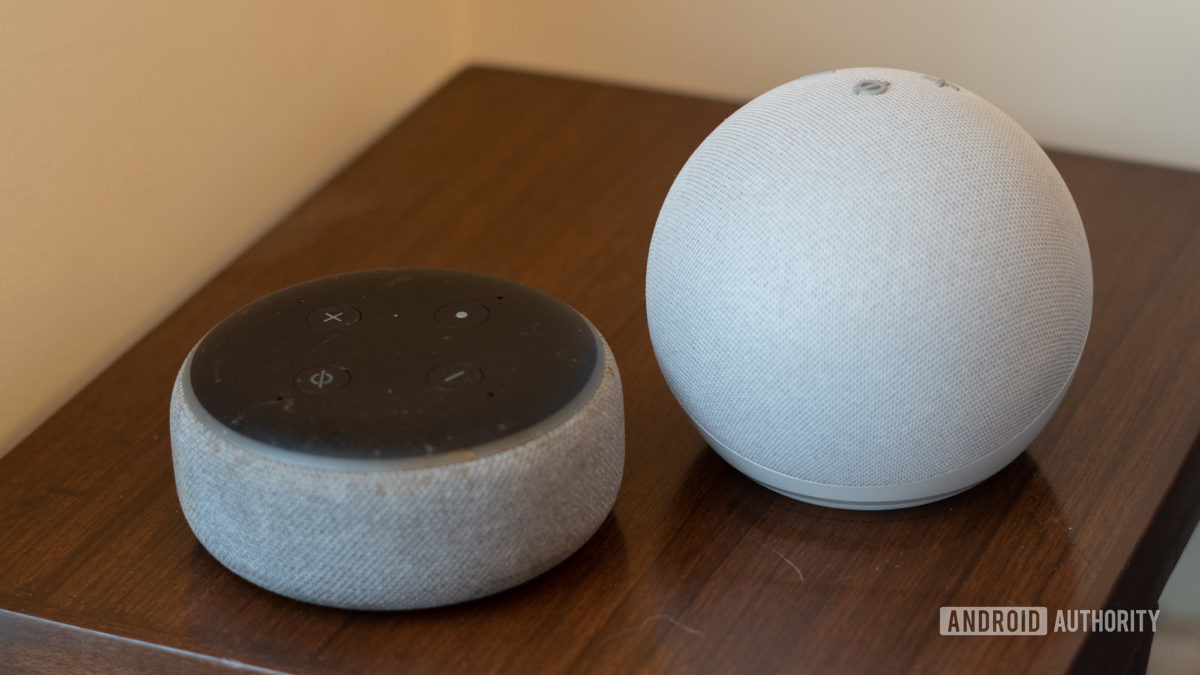 There’s a bit more detail and instruments don’t sound quite as cluttered as they would on older hardware. If you prefer hip-hop or bass-heavy trap music, the updated Echo Dot sounds a bit better. That’s likely due to the larger volume of the speaker, but don’t expect any miracles here.

Another aspect of the Echo Dot fourth generation that stood out to me was the much better wireless connectivity. Placed at the same spot as a 3rd-gen Echo Dot that would constantly drop its Wi-Fi connection, the newer model fared significantly better. 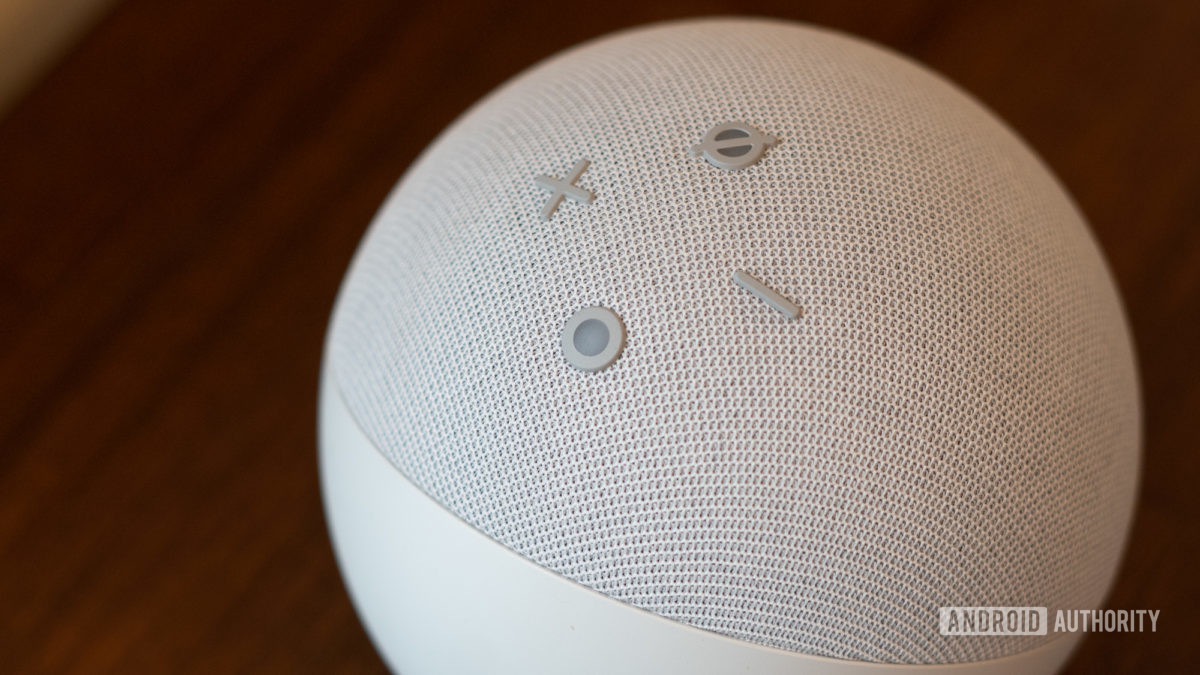 There’s honestly not much to dislike about the 2020 Amazon Echo Dot. It gets all the basics right, and it can control your entire smart home just as well as any other device in the portfolio.

That said, the newer model significantly reduces your options as far as placing the speaker is concerned. For one, you can no longer mount it up to a wall socket. The additional height also means the volume and mute controls are now placed along the curvature of the speaker. Placed in a corner, the buttons are needlessly hard to reach in the moments you don’t want to use voice control.

Should you buy the Amazon Echo Dot 4th Gen? 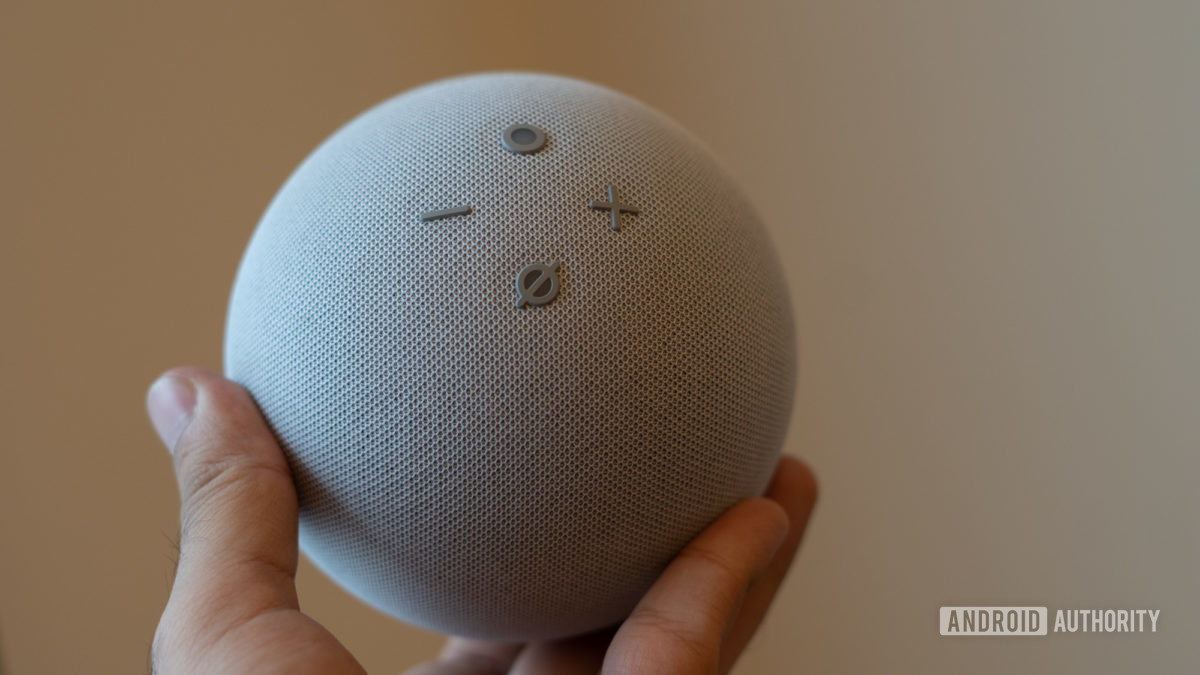 If you’ve already got an Echo Dot 3rd-gen, there’s little reason to upgrade to the newer 2020 Echo Dot model. It might, however, be worth looking into if you’ve been facing issues with connectivity or care about the new aesthetic.

The fourth-generation Echo Dot takes two steps forward and one step back. Compared to the model it replaces, sound quality and connectivity have improved and the design definitely stands out. However, the updated design isn’t as versatile in mounting options and the hardware buttons are much harder to reach.

If you’ve got an older model, the latest Echo Dot fourth-gen offers a reasonable upgrade in audio quality. However, the Echo Dot third-gen packs a very similar sounding speaker. The older model is also now available at a discounted price, making it a better buy for anyone looking for a bit more flexibility while placing the speaker.