Most of us want to buy the best gadgets that money can buy — the best smartphone, tablet, HD TV, you name it. We often realise that there are many choices out there in the market with various price tags. When you start to look at options to smarten up your home and entertainment solutions you start to think which is the best option?

The idiot box on the wall is no longer an idiot now as the home entertainment setup has evolved a lot over the past few years. The TVs available today are able to seamlessly connect to the internet and bring to you a wide range of information and entertainment, stream movies and TV shows, tell you the weather forecast and so much more. Home automation lets you control and monitor the lighting, air conditioning, security cameras surrounding your house along with the baby monitor from the comfort of your TV. 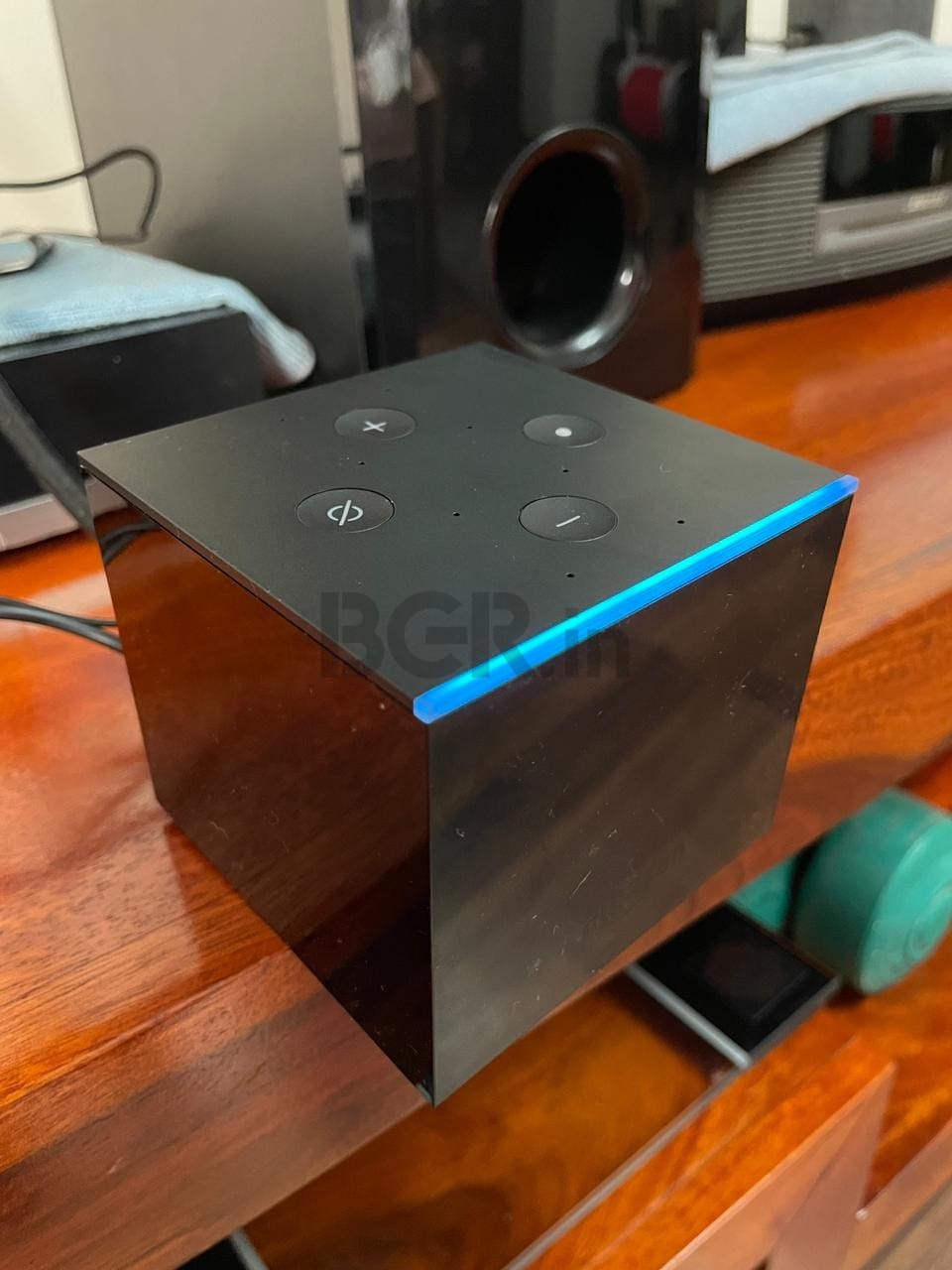 So, when you are looking for options there are plenty of good reasons to own a dedicated streaming device, and Amazon’s Fire TV cube seem to come among the top choices.

It’s very visible unlike some other streaming video players that hide behind the TV, and it does give your entertainment center a slightly futuristic vibe. The Fire TV Cube combines the strengths of an Echo smart speaker and a Fire TV streaming device bringing out an amazing experience. 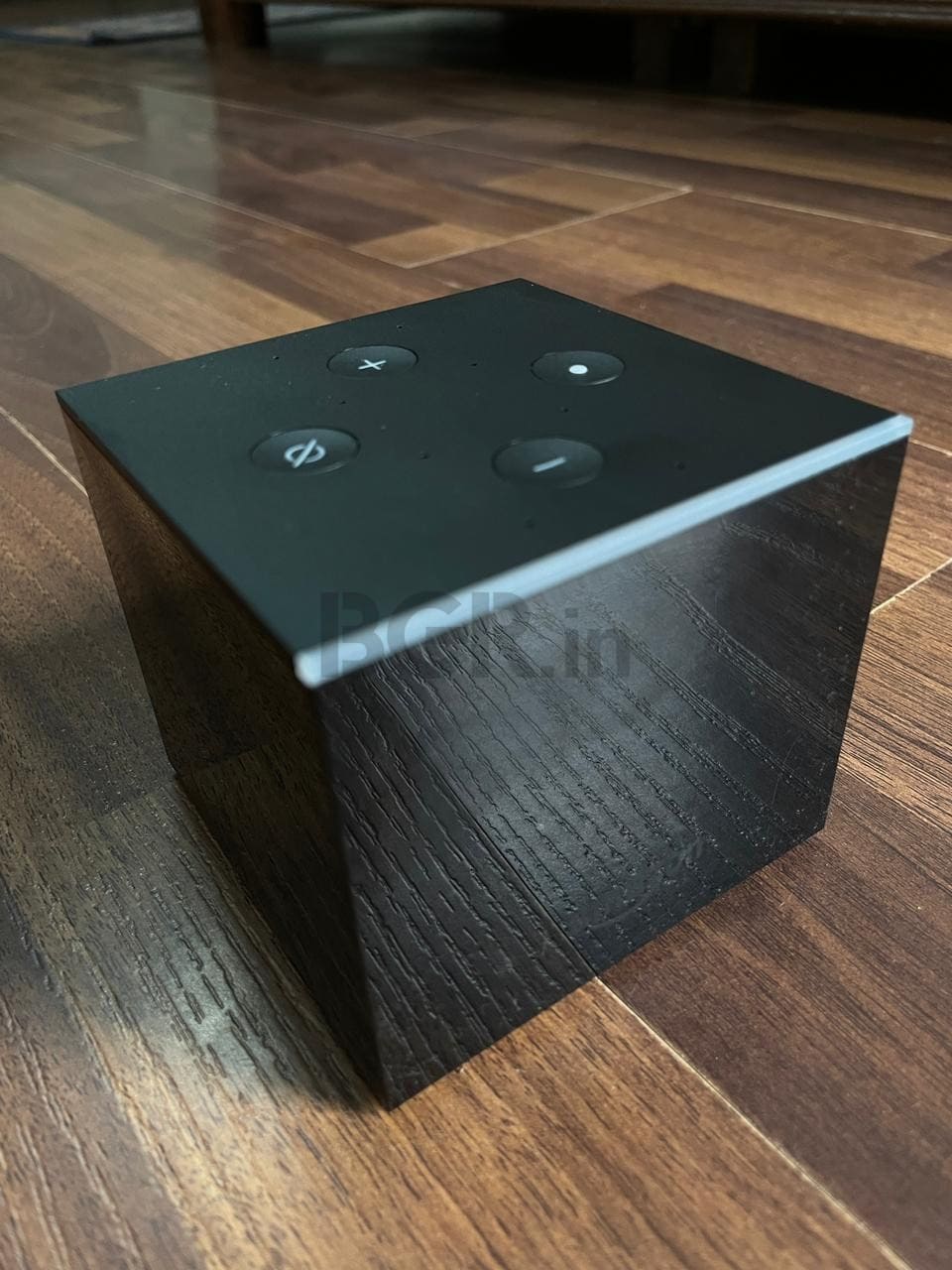 Jazzy is the first thing that comes to mind when you start using the Fire TV Cube. The Amazon Fire TV Cube is a standalone streaming device with enhanced capabilities that include hands-free access to the Alexa voice assistant and includes a remote for controls.

The Fire TV cube has controls for volume, muting the microphone, and invoking Alexa manually on the top. The back has all the ports – a power input, HDMI, a 3.5mm socket for the infrared extender, and a Micro-USB port for the Ethernet adapter. The speaker of the Fire TV Cube is at the bottom and the cube has four rubber feet so that the speaker doesn’t get muffled. A thin light strip at the top provides a visual prompt similar to the indicator lights available on Echo speakers.

The Alexa button may seem unnecessary at first, considering the device can hear you from across the room, and even the remote control has an Alexa button and mic but still, it’s appreciated for some of the times you need a physical button on the device. The top front edge lights up when you call out to Alexa, just like it would on an Amazon Alexa speaker.

It’s capable of streaming at up to Ultra-HD resolution, and supports all major HDR formats and the Dolby Atmos support makes the Fire TV Cube a suitable source device for high-end home entertainment setups. 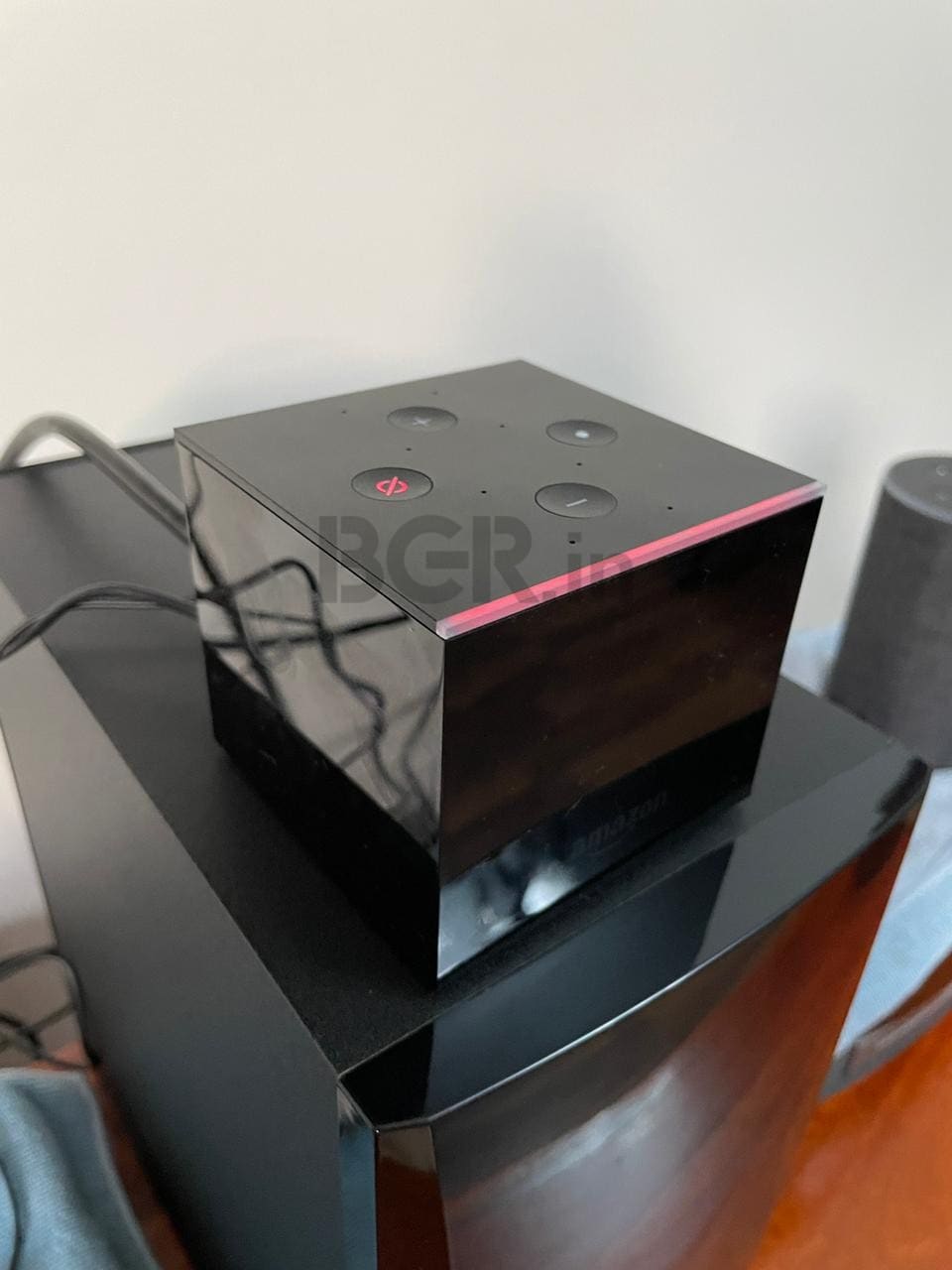 Amazon has made a number of improvements to the Amazon Fire TV Cube’s software and internal hardware, but not much has changed about the outer body which still remains an unassuming black cube with an LED bar along the top. The device has eight microphones on the top to pick up your voice and the speaker has been engineered to create a reasonable big sound from a tiny frame though it has less depth to the audio.

The Fire TV Cube operates on a Fire TV OS that provides access to a number of popular apps and streaming services, including Amazon Prime Video, Netflix, Disney+ Hotstar, YouTube, and Apple TV, among others. It is quick, responsive, and largely lag-free in its performance.

The home screen now has a number of rows of suggested content – from Amazon Prime TV shows to a huge collection of movies. The new layout includes featured rows at the very top of the home screen followed by your apps on row two and then the sponsored content on row three, but the vast majority of your home screen beneath the first three rows is mostly dominated by Amazon’s own content.