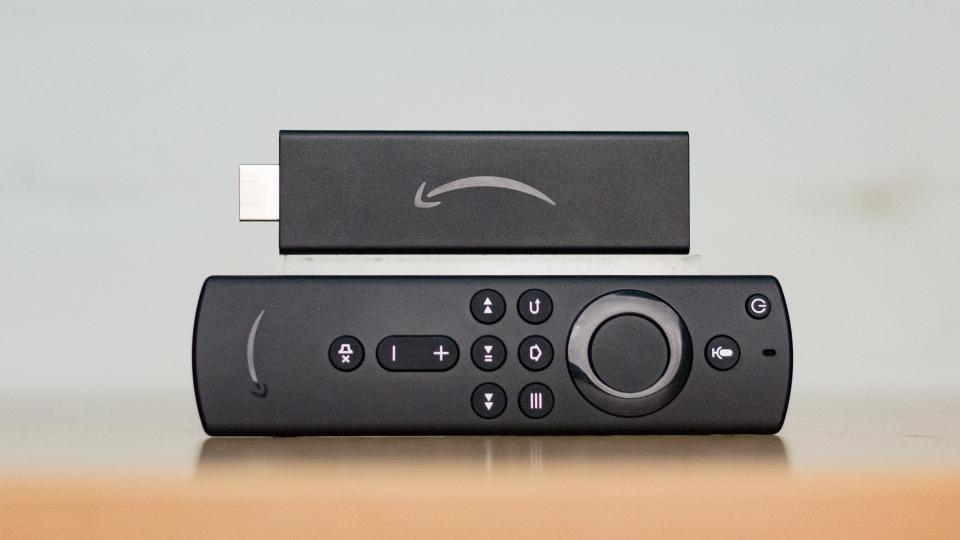 Adds UHD HDR playback, but Amazon’s streamer only has a clear advantage over 4K smart TVs when used with an Echo device

Update: A major shortcoming of the Amazon Fire TV Stick 4K – the lack of an official YouTube app – has been rectified after Google and Amazon called a truce to their public spat. In protest to Amazon not selling Google products on its store at the start of 2018, the tech giant pulled the official YouTube app from Fire TV devices.

In April this year, the pair announced it had resolved some of these differences and a number of Google products, namely its Nest Thermostat and Google Chromecast, appeared on the retail site. In response, Google returned the official YouTube app to Fire TV devices and added support for Prime Video on its own range of media streamers at the start of July.

Our original Amazon Fire TV Stick 4K review has been updated to reflect this change below.

Amazon’s Fire TV Stick 4K is the company’s latest TV streamer and it improves on its non-4K predecessor in a number of ways. As well as supporting Ultra HD (UHD) streams, it’s 80% more powerful and supports HDR, HDR10+ and Dolby Vision, along with Dolby Atmos surround sound.

The streamer also comes with the all-new Alexa Voice Remote, which adds volume and power buttons for your TV, in addition to letting you open apps and control video playback with your voice. It’s a seriously capable streaming stick at a highly tempting price of just £50. 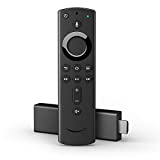 The main headline, as you’ve probably guessed by now, is that the Fire TV Stick 4K now has the ability to stream TV and movies in 4K. To support the higher bandwidth required to stream UHD content, the device also has an “entirely new antenna technology” that improves connection stability. 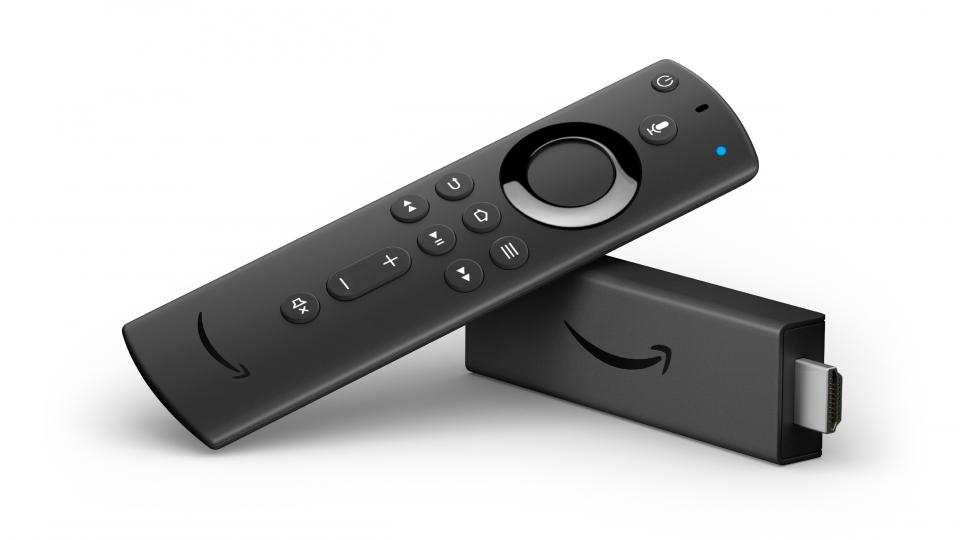 In addition to these improvements, there are all the usual features found on any modern streaming stick. Alongside Amazon Prime Video content, the Stick lets you access a selection of apps, including BBC iPlayer, All 4, ITV Hub and Netflix, plus, as of 9 July, YouTube. You can also browse the web and stream music via services such as Spotify and Amazon Music, as well as play basic games.

The Fire TV Stick 4K will set you back £50. That’s a £10 price hike on the previous Fire TV Stick (£40), but it still represents excellent value compared to other 4K-capable streamers. For comparison, the Roku Streaming Stick+ currently retails for £80, while the Google Chromecast Ultra costs £69. The Fire TV Stick 4K is significantly cheaper than Apple TV 4K, which costs £179. 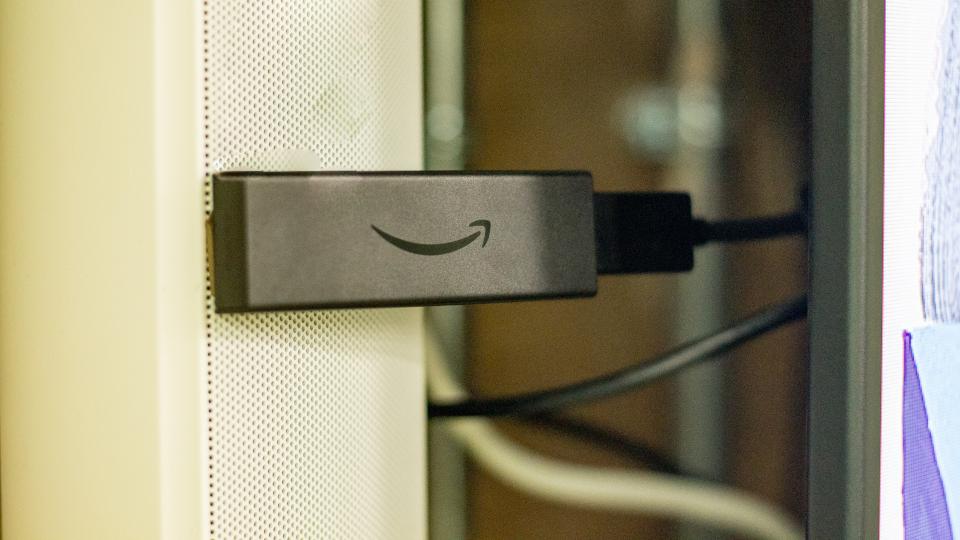 The stick comes with the new Alexa Voice Remote in the box, which is also available on its own for £30 and is compatible with the second-generation Fire TV Stick and the discontinued Fire TV (second generation). Amazon is also offering the Fire TV Stick 4K and new Echo Dot 3 in a bundle to customers for £80, a £20 discount on buying the two separately.

The Amazon Fire TV Stick 4K borrows most of its design cues from its predecessor. It’s a rather plain, boxy black stick. As before, you can plug it directly into your TV’s HDMI port, but if doing so obstructs other HDMI ports or leaves the stick protruding too far from the back of your TV (it’s 110mm long), you can also use the included HDMI extender to let it hang freely.

The remote also looks more or less identical to that included with the second-generation streaming stick, except that there are new volume, mute and power buttons for controlling your TV. Setting up these functions only takes a matter of seconds the first time you use the Fire TV Stick 4K and it’s a real boon being able to control everything from the one remote. 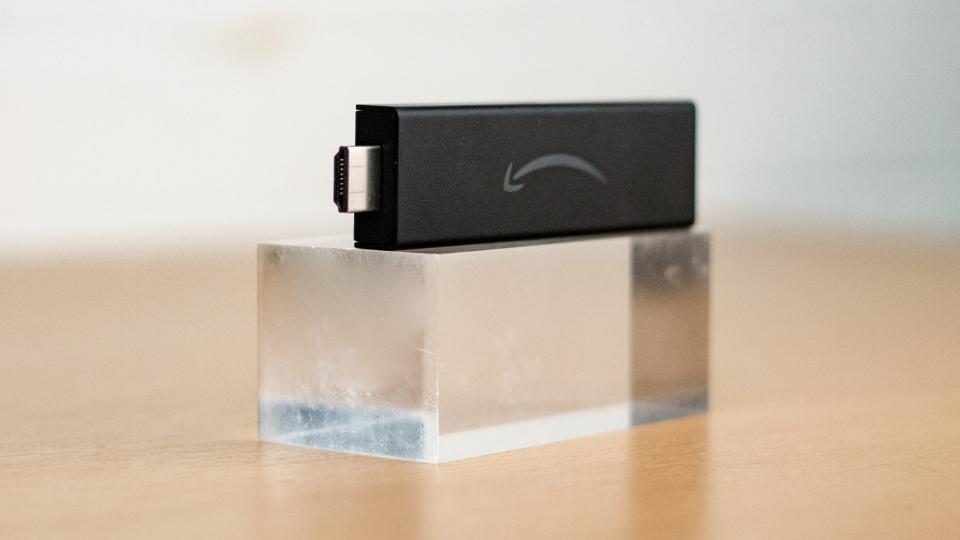 In fact, the only problem I had with setting up Amazon’s new streaming stick was finding a suitable power source. On the setup screens, the stick informed me that my TV’s 1A USB port wasn’t supplying enough power, so I had to plug it into the mains using the supplied adapter. If you’re hoping to reduce the amount of mains-powered devices around your TV, be aware that the Fire TV Stick 4K might need more power than your TV can supply.

Once it’s up and running, the Fire TV Stick 4K works in exactly the same ways as its predecessor in terms of its interface and apps. As before, this means you’ll find all the usual catch-up TV apps such as BBC iPlayer, ITV Hub, Demand 5 and All4 ready and waiting. Netflix and Amazon Prime Video are also here and these are the services you’ll need to use if you want to take advantage of the streamer’s new UHD HDR capabilities.

Indeed, Netflix offers both HDR and Dolby Vision formats in 4K, while Amazon Prime Video supports HDR, HDR10+ and Dolby Vision. Although playback usually started out at a paltry 720p, with a little bit of patience I was eventually able to stream programmes such as The Grand Tour and Jack Ryan in 4K HDR and they delivered all the detail and richness you would expect. 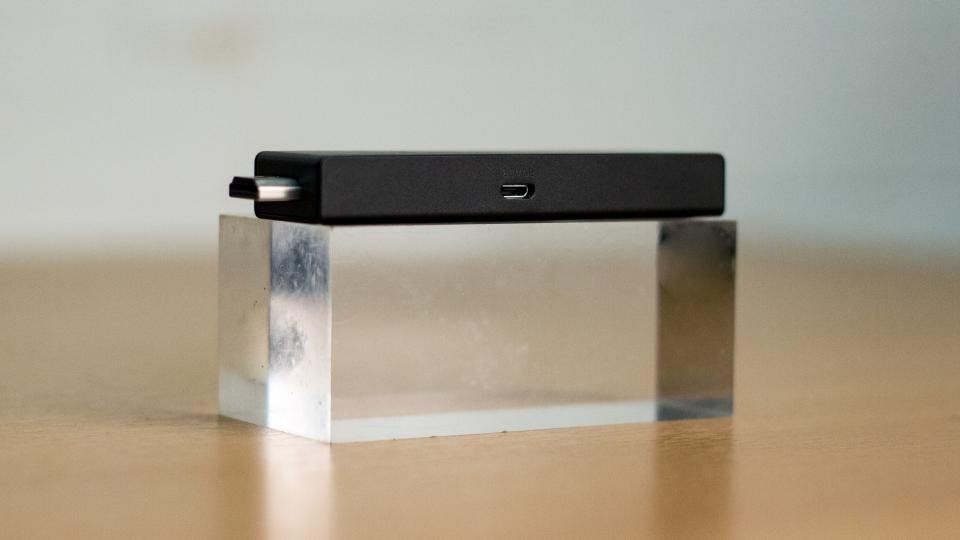 The picture quality might not quite be on par with watching a Blu-ray Ultra HD disc, but the Fire TV Stick 4K’s performance is impressive, delivering smooth and crisp video. Navigating menus is also snappy and responsive, and apps load quickly.

The only notable omission, as far as streaming services are concerned, is Now TV, especially after the official YouTube app returned to the Fire TV app storee. If you want a streamer that lets you watch Now TV, Netflix and Amazon Prime Video, you’ll need the Roku Streaming Stick+.

The remote control’s Voice function works well, too. It allows you to open apps, search for content and control playback by simply pressing and holding the microphone button and giving the appropriate command. In fact, asking Alexa to “show me 4K content” is undoubtedly the easiest way of finding new 4K content in both Netflix and Amazon Prime Video.

It’s worth pointing out, though, that the remote’s name is a little misleading. Amazon’s voice assistant could also be summoned on the second-generation TV stick. The difference between the two is that, while the old remote was Bluetooth-only, the new model has both Bluetooth and infrared, enabling it to control the stick behind your TV and your TV’s volume. 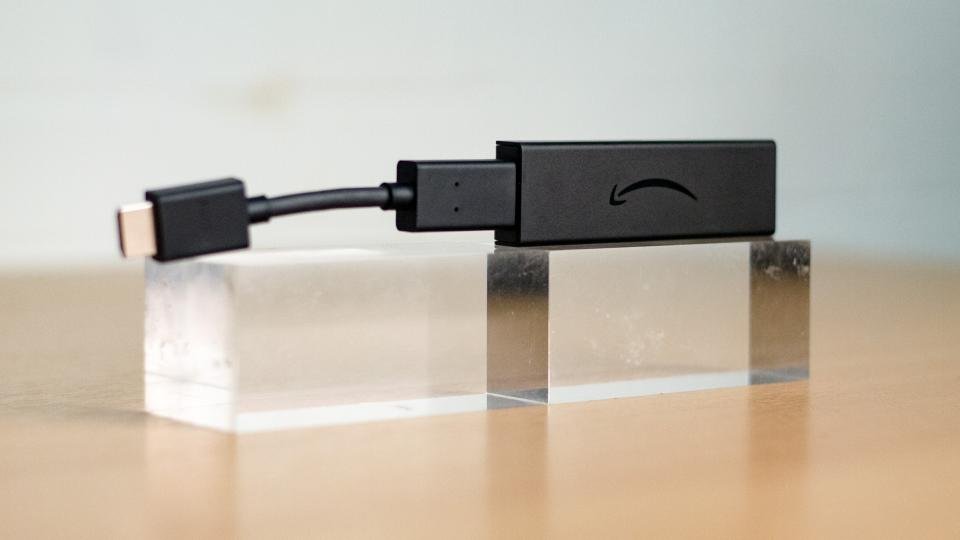 If you own an Amazon Echo speaker, you can go fully hands-free and, as far as I’m concerned, this is the main reason to buy one of Amazon’s new streamers. As well as searching for films and TV, you can use your Echo speaker to control playback and even check security camera feeds – all without picking up the remote.
Google’s Home smart speakers offer similar capabilities when paired with the Google Chromecast: you can search YouTube with your voice and control playback in Netflix, for example. These functions might seem fairly trivial, but if you want your TV to be fully integrated into your smart home, buying Amazon or Google’s streaming devices is the only way to do it.

The Amazon Fire TV Stick 4K represents excellent value for money. It has most of the catch-up TV apps and premium streaming services you could ever need (with one or two notable exceptions) and it’s compatible with an impressive range of HDR standards out of the box.

Add the ability to search and control video playback with your voice, either via the remote or your existing Alexa speakers, and you have the best-value 4K streaming stick on the market. As a performance improvement to sluggish smart TV apps or a way to smarten up a dumb 4K projector, it’s a strong rival to the Roku Streaming Stick+, if not quite as fully featured.