Yesterday PC World released another riveting episode of its Full Nerd tech discussion programme on YouTube. The list of questions and topics up for discussion is posted on the magazine’s website and covers lots of interesting titbits, in the wake of the Radeon RX 6700 XT launch. Probably the most interesting points concerned AMD GPU Infinity Cache, the pricing of the new RX 6700 XT, ray tracing, and as per our headline – some more details about FidelityFX Super Resolution (which will be officially abbreviated as FSR) – AMD’s DLSS challenging technology. 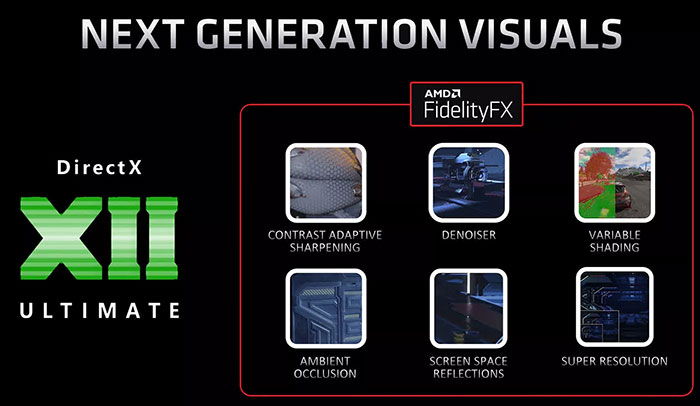 AMD’s VP of the Graphics Business Unit, Scott Herkelman, took part in the PC World interview and was instrumental in providing info on the hot topics direct from AMD. Herkelman confirmed that it was AMD’s aim to launch FSR this year, but it wasn’t a certainty. “We want to bring it to market this year. We believe we can do it this year, but at the same time we still have a lot of work to do,” the AMD exec told the Full Nerd. 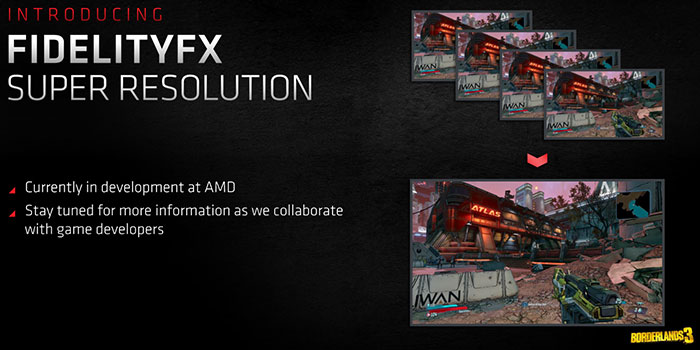 The FSR technology is making “good progress,” Herkelman said. However, it has to be up to scratch outside of AMD labs, for game developers, and for users. Moreover, AMD is aiming to make an open standard which works not just in games that have been designed to use FSR but applicable and compatible with a wide range of games past and present, as well as cross-platform (including the new Microsoft and Sony consoles obviously). Interestingly AMD might choose not to leverage AI/ML in its FSR tech; “You don’t need machine learning for this, you can do it in many different ways, and we are evaluating many different options,” opined the AMD exec. Is this because Radeon GPUs / Ryzen APUs don’t have hardware ML accelerators (only available in Instinct/Epyc)? Unfortunately, this uncertainty about underlying tech casts some doubt on AMD’s progress statements.

Developing a practical and robust FSR is “one of the largest software initiatives,” that AMD is currently working on, and it knows it has to get it right to deliver the goods “when gamers want to turn on ray tracing”. The biggest question left after the interview with Herkelman seems to be – when? As hinted at above, while AMD is aiming for 2021, it is wise enough not to promise it. So don’t be surprised if FSR doesn’t arrive on your PC, PS5 or Xbox Series X/S until 2022.