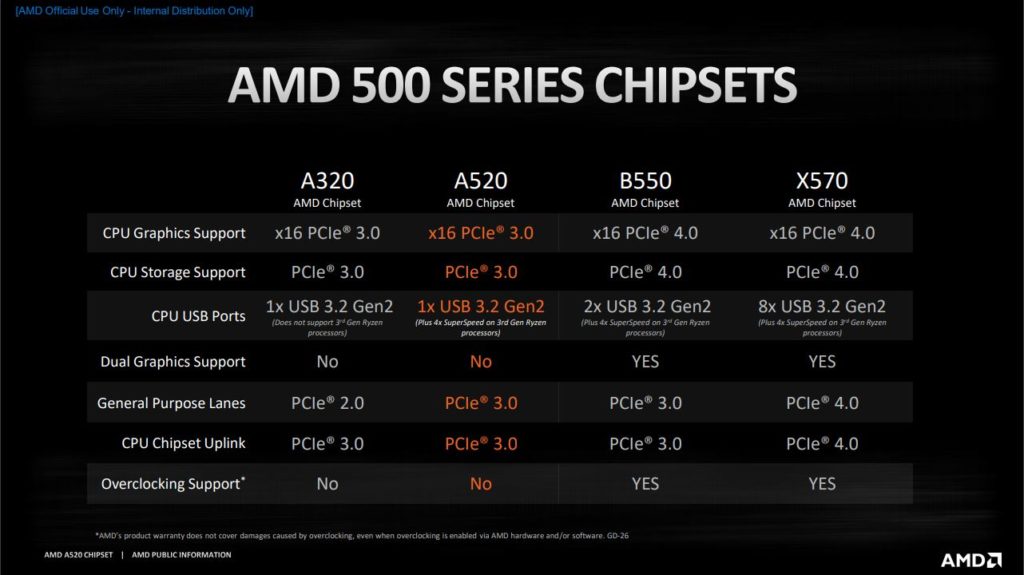 AMD has launched the A520 chipset for socket AM4. The AMD A520 chipset is available now from major motherboard manufacturers worldwide.

Here’s how the A520 chipset stacks up in the current AM4 socket lineup:

As you can see from the table, the A520 is meant as a replacement/upgrade over the low-end A320 motherboards. It doesn’t support PCIe 4.0 that first made its way into the mainstream consumer market with the launch of Zen 2 over a year ago.

A look at the AMD A520 Chipset’s features:

The A520 chipset was first announced alongside the Ryzen 3000XT CPU lineup, which we’ve reviewed here. You can