After taking the world by storm with its “Zen”-based Ryzen desktop and laptop chips, AMD has now announced its first series of Chromebook mobile processors based on the Zen architecture. The new lineup of processors was designed in collaboration with Google and it promises up to 178% faster web browsing compared to the previous generation. As part of the new lineup, AMD is offering two distinct series of processors — the Athlon 3000 C-Series and the Ryzen 3000 C-Series.

AMD claims that its top-of-the-line Ryzen 7 3700C chip will offer users with up to 251% better graphics performance compared to previous-gen AMD Chromebooks, up to 104$ faster office productivity performance, and up to 152% better photo editing performance. Chromebooks powered by these new processors will target the higher-end Chromebook market, while AMD’s A-Series will remain the processor of choice for entry-level Chromebooks.

Speaking about the new lineup, Saeid Moshkelani, SVP and GM Client Compute at AMD, said, “Whether users are online, offline, on-the-go or at home, AMD Ryzen processor-based and Athlon processor-based Chromebooks deliver the combined CPU, graphics and overall performance needed to stay productive and breeze through the high demands of distance learning and remote working…We are pleased to be working with Acer, ASUS, Google, HP and Lenovo to significantly expand the number of AMD-powered Chromebooks and deliver more powerful options with the first of many AMD Ryzen-based Chromebook systems.”

Chromebooks powered by the new AMD C-Series lineup are expected to hit the market in the coming months. The HP Pro c645 will be the first Chromebook to feature the new processors and it will be offered with both the Athlon C-Series and Ryzen C-Series processors. The Chromebook will feature HP’s Privacy Camera shutter, an optional fingerprint sensor, and an onboard Titan C chip for external management in a corporate environment. 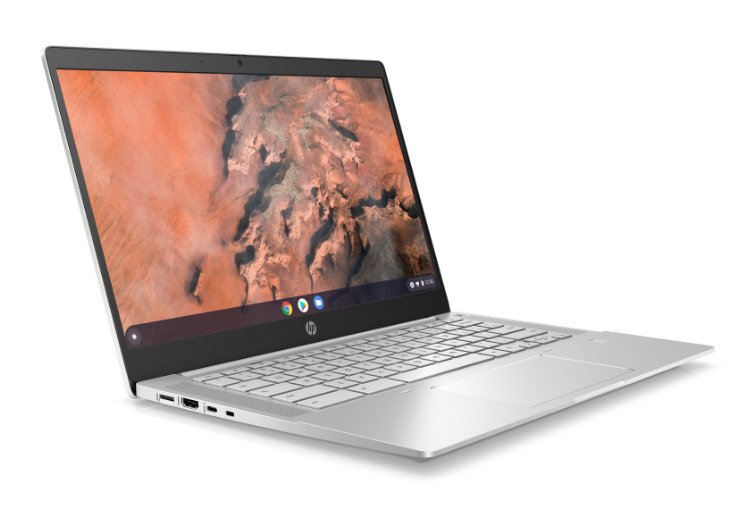 The HP Pro c645 will include a 14-inch 1080p or 768p display with optional touch, up to 16GB of DDR4 RAM, and up to 128GB of NVMe storage. the Chromebook will weign in at 3.4lbs and it has been tested to MIL-STD 810H specifications. It will offer 10.5 hours of battery life with optional fast charging support, two USB Type-C 5 Gbps ports, two USB Type-A 5 Gbps ports, and support for 2×2 Wi-Fi 6. The Chromebook will also include a microSD card slot and an HDMI 1.4 port. The HP Pro c645 will be offered in consumer and enterprise models, and it will be available for purchase starting in December. Pricing and availability information will be released at a later date.

Along with the HP Pro c645, AMD claims that it already has six other C-Series powered Chromebooks in the works in partnership with HP, Lenovo, and ASUS. The Chromebooks are also expected to hit the market later this year.