Google released the second Developer Preview of Android 12 earlier today, and it includes several new features that should excite users. First of all, there are new picture-and-picture gestures as we first reported last month. Developers can now easily apply a blur effect to the background, plus there are improvements to notification visibility for better privacy. But outside of the officially announced changes, there are loads of new features that are present or hidden away in Android 12 Developer Preview 2. Here’s a summary of all the hidden features that we found.

Currently, the search widget seen at the bottom of the home screen or at the top of the app list in the Pixel Launcher is powered by the Google App. The Google App is quite bloated, as it contains services for Google Search, Google Assistant, Google Lens, Google Podcasts, and more. The current search widget can thus be quite slow to open, but thankfully Google has a solution to this problem. The company is working on a new search widget provider that doesn’t rely on the Google App. We actually caught a brief glimpse of this feature back in Android 12 DP1, but DP2 brings a couple of improvements to the feature.

In the screenshot gallery embedded below, you can see that Google is testing a new search interface in the apps list. This search interface opens very quickly and will let you search your phone for apps, contacts, settings, and more. However, it doesn’t work properly in Android 12 DP2, so we were only able to search for apps installed on the device.

Another feature hidden away in the Pixel Launcher is a taskbar. This taskbar appears at the bottom of the screen and is persistent across all apps. It shows your most frequently used apps as well as a handful of your most recent apps. It’ll only appear on larger screen devices, though. Tablets like Samsung’s Galaxy Tab S7 may qualify, but we don’t know if this feature will make its way to AOSP’s Launcher3 codebase. 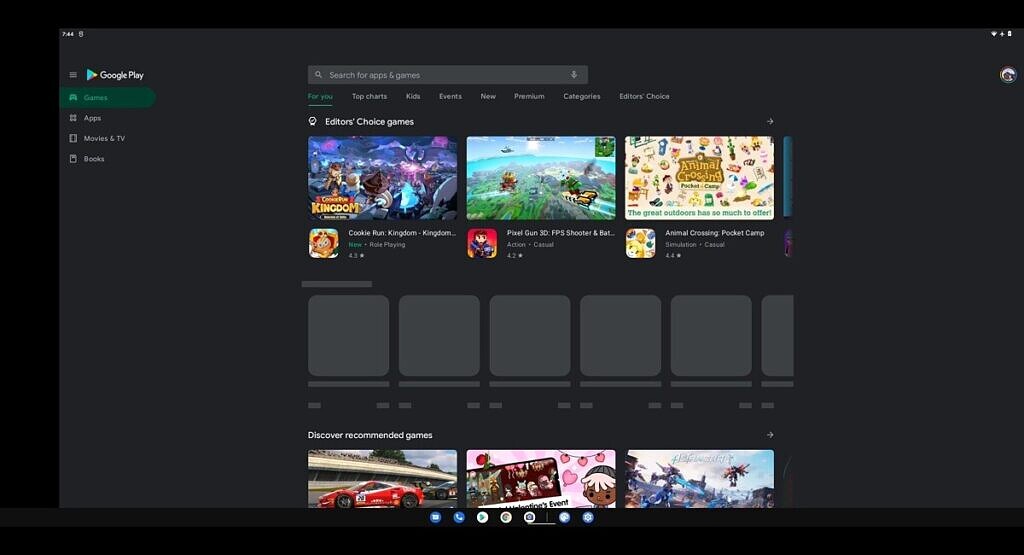 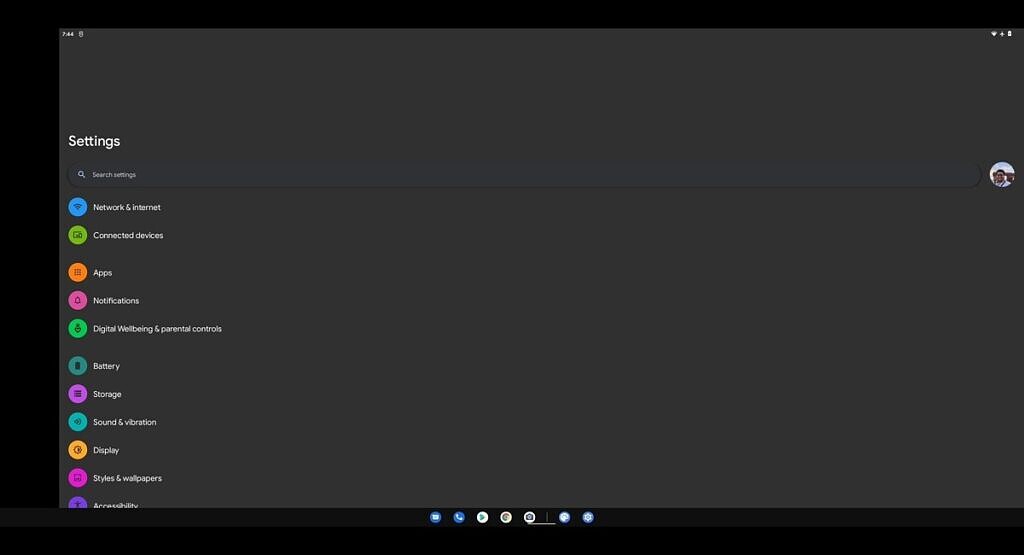 Android has had a hidden desktop mode interface for a few versions now, so this could finally be the first step towards making the desktop mode more useful.

Ahead of the release of the first Android 12 Developer Preview, we learned that Google is working on a smarter autorotation system. Specifically, we learned that Google is preparing a face-based autorotation system, one that’ll use your front-facing camera to detect when you’re looking at the screen to prevent the UI from rotating. In Android 12 DP2, code for this feature has been added. Once this feature is enabled, you’ll see “face-based” added to the subtext of the “auto-rotate screen” setting.

A string for this feature mentions it’ll help you read content while lying down. For me, I always disable autorotation at night when I’m using my phone in the bed (bad habit, I know). Face-based autorotation will ensure that the UI won’t rotate whenever I’m browsing Reddit in bed.

We first reported last month that Google is working on a floating gaming toolbar in Android 12. This toolbar overlays two icons on the screen, one of which is supposed to let you start a screen recording. However, that’s not all. We also talked about a Gaming Dashboard class that we suspected will contain even more features. In Android 12 DP2, we spotted work on the Gaming Dashboard, although it’s still far from ready.

Currently, the hidden Gaming Dashboard has a widget to start a live stream through YouTube Live. It also has a few settings toggles for things like taking a screenshot, starting a screen recording, toggling the FPS counter, and toggling Do Not Disturb mode. There’s another widget that’s empty at the moment, but it’ll likely contain some other useful shortcut in the near future.

Last month, XDA Recognized Developer Quinny899 gave us our first look at Android 12’s Conversation widget. We first learned of this feature back when we obtained a document outlining the major new platform features. Now, we’re able to give an early look at the in-development widget picker UI for this widget.

This is still very much a work-in-progress, so the final result will likely look a lot more refined. Right now, the default size of a Conversation widget is 3×2, which is far too large considering the actual content. Also, we don’t see options for showing important events for contacts, such as birthdays or anniversaries. For reference, the document we published showed a widget that informed the user of a contact’s birthday. A quick peek at the strings of SystemUIGoogle shows that Google is still working on this, though.

In our coverage of all the new features we found in Android 12 DP2, we mentioned that the lockscreen PIN view had received a slight UI change. We noted that the “Emergency Call” button is now filled in with a background color that matches the system accent color. Now, we’ve also enabled a totally new UI for the PIN view. This new UI features large bubbles for the numbers and the delete and enter keys. However, the background color for the numbers and the delete/enter keys are different, making them much easier to distinguish at a glance.

The new UI for the PIN view may be part of Google’s broader tweaks to the lockscreen, which we first reported last month.

Last month, developer kdrag0n gave us our first look at Google’s new wallpaper-based theming system, code-named “monet.” When “monet” is enabled, the user’s wallpaper determines the background color and accent color throughout Settings and SystemUI. However, in DP1, “monet” only partially recolored Settings. Now in Android 12 DP2, every Settings page gets a complete makeover using a theme based on your wallpaper.

Furthermore, the reach of “monet” has been expanded to theme the lockscreen PIN/pattern view, dialogs in the Pixel Launcher, and the app list in Pixel Launcher.

Under-the-hood, “monet” is now using a more sophisticated method of determining the best colors to use from any given wallpaper. According to kdrag0n: “the wallpaper-based theming system, Monet, is now using the CAM16 perceptual color model for more accurate color extraction. DP1 was using a simple HSL (Hue-Saturation-Lightness) transform, which can result in odd colors because it doesn’t model what the human eye sees.”

Another change hidden in Android 12 DP2 is a slick new animation for showing/hiding the lockscreen. Here’s a screen recording, courtesy of Telegram user kampotik (via kdrag0n).

Once again thanks to developer kdrag0n, we can now show off yet another UI change in the upcoming Android 12 release. This time, we can confirm that Google is testing an overscroll animation that plays when you attempt to scroll past the top or bottom of a page. Furthermore, there’s also a new ripple effect that plays when you tap on any item. According to the official Android documentation, this effect can be described as a “style where a circle shape with a patterned, noisy interior expands from the hotspot to the bounds.”

Here are some of the other smaller changes we spotted:

There are bound to be other features we haven’t enabled yet in Android 12 Developer Preview 2. Once we get them working (or give up trying), we’ll update this article with any details we learn about. If you’re interested in learning about all the other changes I found in Android 12 DP2, check out my Twitter where we’re posting everything I find in a tweet thread. Otherwise, refer to our hero page for Android 12 for an in-depth overview of Google’s new OS.