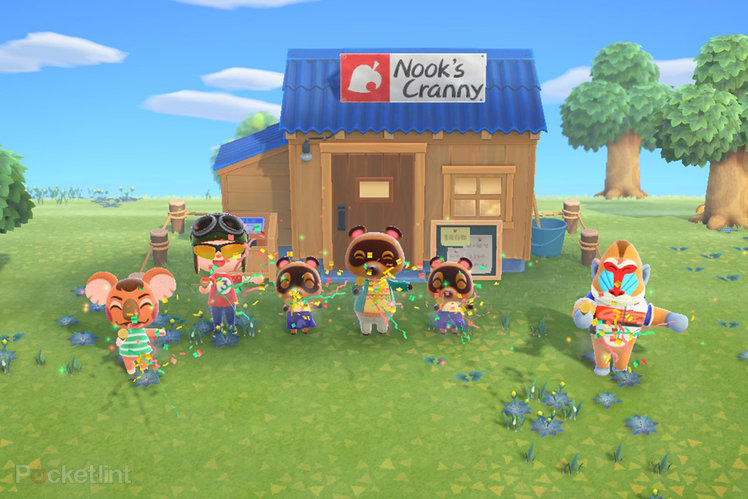 Animal Crossing: New Horizons has proved to be one of, if not the, most popular games for the Nintendo Switch, Switch OLED and Switch Lite. You might also have played it yourself already.

However, you might have only just got it recently – or plan to add it to your library soon. If so, we have some great tips and tricks for beginners. 10 hints to help you start your island life after you first load the amazing game. Enjoy.

When you first start Animal Crossing: New Horizons, you will be given a choice between four randomly generated maps as your island home. However, if you don’t like the look of any of them, you can quit the game, restart and see if there are different options on offer.

We suggest you choose one with at least one large, open area next to the sea and surrounded by a river as not everywhere will be accessible to you when you start.

You will need to craft a vaulting pole to get over rivers, for example, and a ladder to reach higher ground. The latter won’t be available to you for some time.

Also, ensure you settle on an island you like the look of. And, if family members plan to play using the same Switch, they should have a say too as they will also be stuck with the same location – it’s just one per Switch, even though multiple players can settle there.

If you don’t like the look of the island layout after you have explored a little, you can restart the game before the tutorial missions are complete (at the end of the first day) and choose again.

One final note, when naming your island you need to remember that you will not be able to change it afterwards. And “island” will not be added to the name automatically, so you’ll have to add it yourself if desired.

2. Make sure tents are spaced out

When you have finally reached your island, no matter what it’s called, Tom Nook will give you a tent and basic supplies, and you need to find a suitable plot of land on which to place it. It is worth noting at this point that your tent will eventually become your house and garden, so you need to make sure you will have plenty of room to expand.

You will then be asked to find plots of land for a couple of neighbours to settle on. And, later, where to place the museum, Nook’s Cranny shop and the visitor centre. Therefore, when placing each plot try to imagine how it will look when larger than just a tent.

For example, don’t (as we did) place the museum tent directly in front of your own home. Once fully constructed, it is one of the largest buildings and, therefore, obscures the view of your house in the straight-on isometric view. 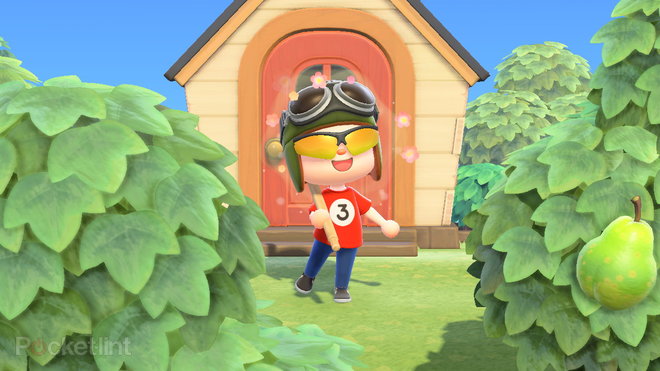 You can place any of the starter tents and builds on top of trees, so you don’t need to find a natural clearing. And, once you have the ability to craft a proper (not flimsy) axe, you will be able to chop down trees that are in the way.

One of the initial tasks in Animal Crossing: New Horizons is to pay back a loan for your tent and relocation. This is in Nook Miles – a new form of currency that is effectively awarded to you for every action you perform on the island. Even picking weeds can help fill in the Starbucks reward card-style Nook Miles sheets on your NookPhone, so you shouldn’t have trouble earning them.

However, once you have paid back the first loan, you will need to repay a heftier one for your first house (and other, gradually more expensive amounts for each further step up the property ladder). And these later loans will need to be paid back in Bells rather than Nook Miles.

Thankfully, everything on the island has value and Timmy and Tommy Nook are more than happy to give you cold, hard cash for anything you bring to them. Doesn’t matter what it is, they’ll buy it.

The easy way to make cash quickly is note down the items they pay most for and seek those our more often. To be honest though, as they even buy weeds, pears and stuff that replenishes often, you will never find yourself without a means of income.

4. Donate every unique item, sell everything else

One word of caution when you are looking for items to sell, you should save every fossil you dig up, or original bug or fish you catch. Blathers in the museum won’t give you money for them, but they will look great on display. 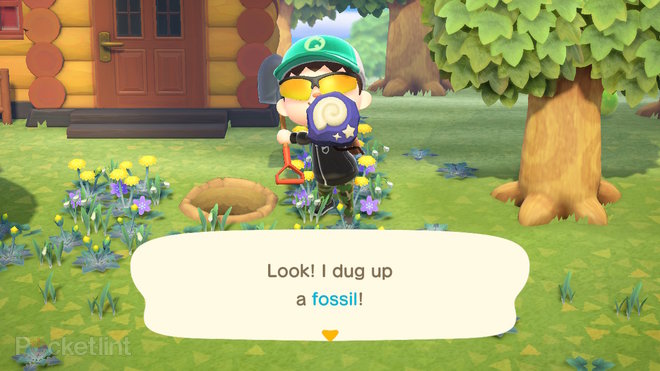 Even before he arrives on the island, you should donate them to Tom Nook in preparation.

Fossil holes – shown by jagged crosses on the ground – appear once a day (around four on your island) and only a few turn out to be doubles in the early days. But when they do, they can raise a pretty penny – or look cool on the mantelpiece in your own home.

The only other exception to selling items is keeping them for crafting. Wood (of which there are three types), sticks, stones, iron nuggets, clay and other resources found around the island might not be needed for the handful of DIY recipes you start with, but some could become essential down the line.

One specific hint: don’t sell iron nuggets or clay. They are hard to come by and are needed in bulk a few days in.

When you start New Horizons you will just have a few tools available to you, so the number of inventory slots in your “pockets” are ample. However, you will soon find them expanding as your crafting skills improve and, if you do happen to visit other islands, you need to ensure you have enough empty slots for anything new you might find.

Luckily, items dropped around your own island will remain there indefinitely, so you can always pick them up later – on a different day even.

Once you progress from a tent to a house, you get storage in your home for anything you don’t want to carry around with you.

6. Look for guest visitors and listen out for surprise packages

As well as Nook, his nephews and a couple of fellow settlers, you will occasionally happen upon some guests who will give you simple fetch quests.

It is well worth seeking these out regularly (some appear more than once) as they always reward you with items for the home or clothing.

You should also ensure you talk to your neighbours often. They sometimes have items for you too. 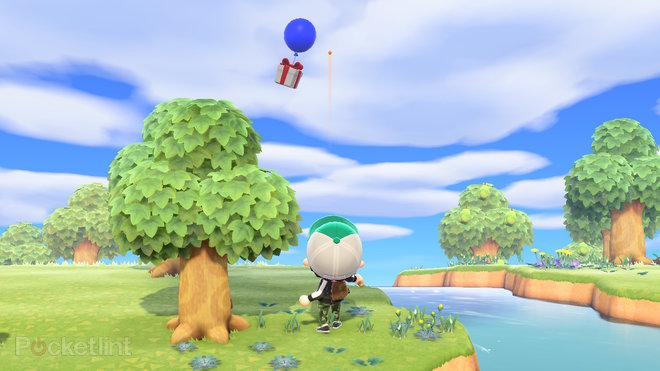 Flying packages arrive much more regularly, often several in one day. You need to listen out for them, as a whooshing wind sound indicates that a gift box tied to a balloon is somewhere in the vicinity. You need a slingshot to pop the balloon and send the package crashing to the earth.

One word of warning: don’t pop the balloon over water. Your package will sink, although you do get Nook Miles reward for it.

No matter how hard you look, across how many days, some resources remain illusive on your own island. However, you can travel to other randomly-generated islands to find items instead.

All you have to do is exchange 2,000 Nook Miles for a ticket and head to the airport. There, request to visit another island using the Miles ticket and you will be transported to a similar island to your own (although it is likely to be a different size and layout), where you can pluck new resources you might not have on your own.

There is no time limit there, and a rudimentary crafting station is supplied in case you break all your tools. We do advise clearing your pockets of anything not needed before travelling though, as you’ll likely want to stuff them full of new insects or fish.

Also, make sure you grab plenty of fruit off the trees there, as they are likely to be different to ones available to you at the start.

It is worth noting that you will never be able to return to the same island twice, so make sure you don’t leave anything important there.

It’s also handy to have a friend with Animal Crossing: New Horizons too, as you can visit their island after you’ve progressed a fair bit and collect new items there. Each island could have a different type of fruit hanging from the trees, for example, so you can pick some and plant them on your own island to introduce the new variety (see below).

8. Plant fruit you find or receive

One of the reason to ensure you gather as much fruit as possible on other islands is that you can use them to grow specific trees on your own. 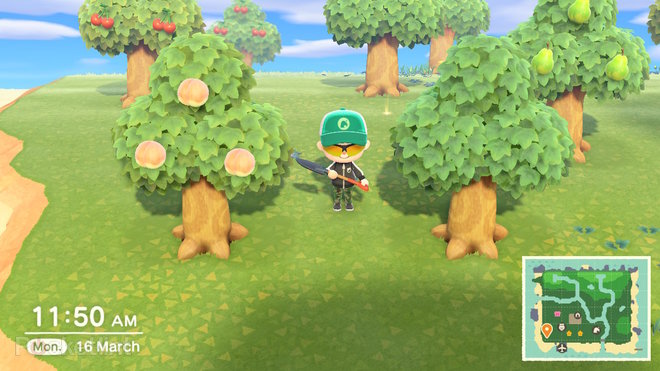 For example, you can grow coconut-laden palm trees on your beach. All you need to do is dig a hole, plant one of the fruit types you’ve gathered and three or so days later you’ll see a new, fully grown tree – bearing the same fruit you returned with.

Then, you can always gather from those new trees and plant the fruit elsewhere on the island, if you want to have more of them dotted around.

Sometimes, resources and creepy crawlies can be found in the most peculiar places. Centipedes, for example, will only appear if you bash a rock with your axe.

And, you can sometimes be surprised by what appears on the end of your fishing line. A boot, say, or tin can.

Unlike previous Animal Crossing games though, even rubbish like that can be used in crafting. Don’t throw anything away.

10. Watch out for spiders and wasps

One final tip for now is not everything on your island is cute and friendly. Shake too many trees and you might just loosen a wasps nest, leading to a nasty sting and a rush for medicine to make you better.

Also, you might be amused by tarantulas scuttling around at night, only to find them lunging for you and giving you a nasty shock.

Just make sure you have your net handy during a spider encounter – that’s the best tip we can give you.

And, that’s about all for now. Animal Crossing: New Horizons is a superb game with so much depth that our handy hints above are only the tip of the iceberg – there is still plenty for you to discover for yourself. Hopefully though, they will give you a guiding hand as you start the game. The rest is up to you.