It’s an SSD upgrade worth talking about. 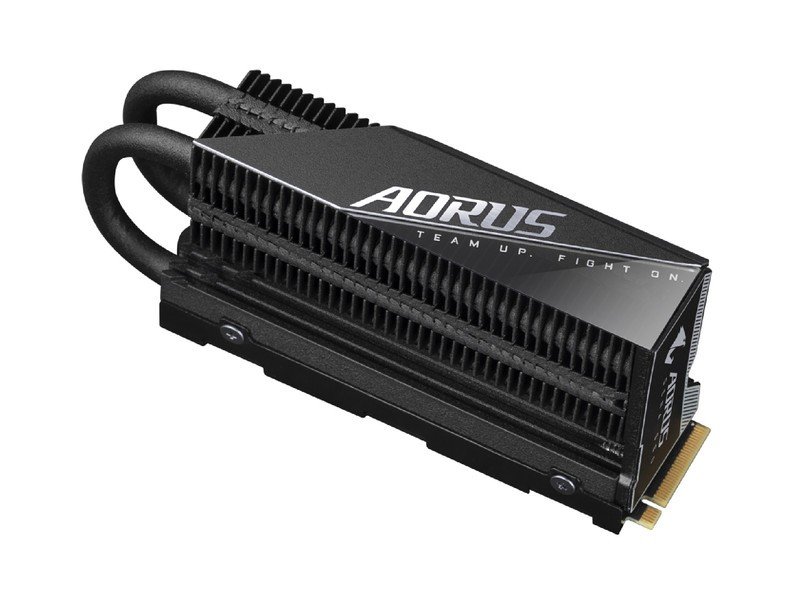 Gigabyte has a proposition for those in need of a quality SSD: Grab its SSD and never worry about throttling ever again. As stated in the company’s press release for its new solid-state drive, the component is built to worry about heat buildup so that you never have to. Gigabyte announced it as “the latest AORUS Gen4 7000s Prem. SSD with up to 7GB/s read speed while optimizing passive thermal dissipation, which promises no throttling under long-lasting operation.”

That’s the big hook: The promise of never encountering performance loss due to temps. Is it one you’ll be able to hold the company accountable for if it ends up not being true? That remains to be seen. But as it stands, Gigabyte is overtly declaring that even the most intense loads won’t result in performance decreases.

The SSD is targeted at gamers, content creators, and anyone else looking for extreme performance with minimal drawbacks. Such performance is achieved via Gigabyte’s “M.2 Thermal Guard XTREME with nanocarbon coating,” which is claimed to guarantee steady cooling no matter the airflow circumstances. This inclusion also ups the size of the component, so make sure your case can handle the part’s unusual girth before you get too excited.

The AORUS Gen4 7000s Prem. SSD also has an “SSD Tool Box” companion app that’ll help you keep an eye on its health, which is a nifty feature. The solid-state drive will come in 1TB and 2TB variants, though prices for either version have yet to be disclosed. If you want to learn more about the AORUS Gen4 7000s Prem., you can check it out over on Gigabyte’s site.