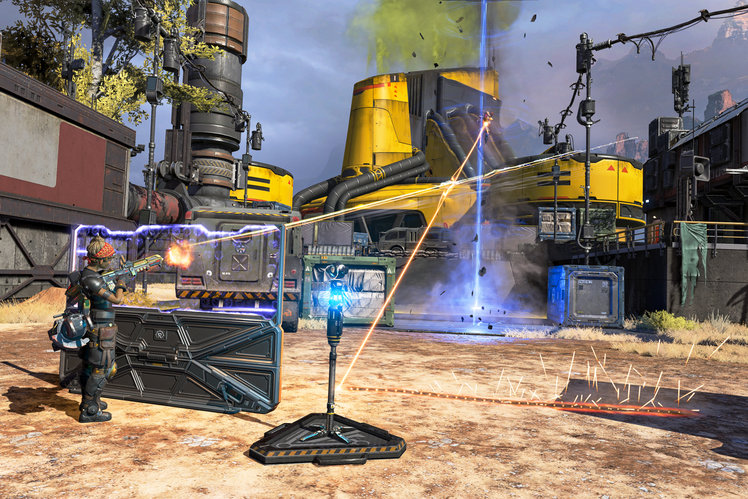 Respawn Entertainment has finally been able to give console players of Apex Legends some news they’ve been waiting for, in the form of next-gen versions of the game, as part of its latest patch.

The change will mean that players on newer hardware can take advantage of higher resolutions (4K in the case of the PS5 and Xbox Series X), longer viewing distances and more detail in their environments, according to Respawn.

The Warriors Collection Event will bring next-gen versions of Apex Legends to PS5 and XSX!
PlayStation players: check out the info below to learn how to update your game
Xbox players: no action is needed. Apex will update via Smart Delivery.
: https://t.co/Hye8qEKTVh pic.twitter.com/5HfUSAYkWD

The game will also add HDR to its wheelhouse, and shadows will also be enhanced for a more high-fidelity look, although more changes are coming down the line as well.

In subsequent updates, Apex Legends on next-gen will add 120Hz support for super-high frame rates on compatible displays, as well as support for the DualSense’s adaptive triggers and haptics on PS5. More visual and audio improvements will also arrive, per Respawn’s blog post about the update, which you can read in full here.

Xbox owners should find their game updates automatically, while PS5 owners will have to reinstall the right version, which can be a little fiddly. Either way, the update deploys today, 29 March, so you should be able to check out the prettier new game version now.

There are also a host of gameplay changes coming, including limited time modes to let you unlock skins, a new Arena map called Drop-Off, and the return of the game’s 9v9 Control mode.