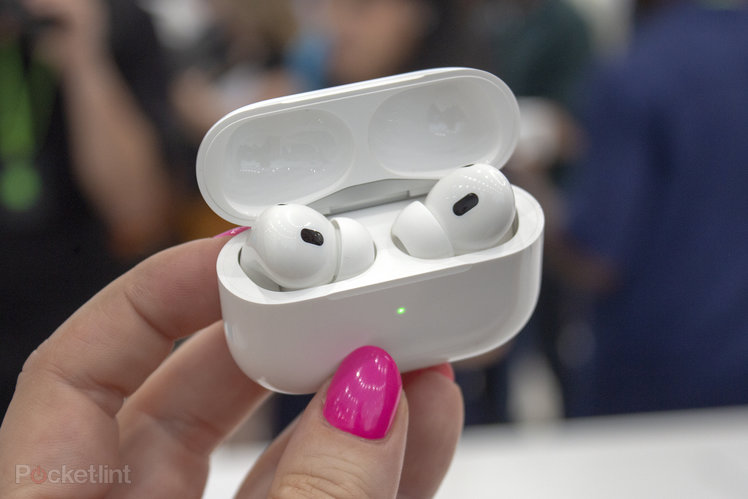 Apple announced several products during its September event, including four iPhones, three Apple Watches and the next generation of the AirPods Pro.

The original AirPods were first announced in 2017, alongside the iPhone 7, with the AirPods Pro then announced in 2019 so it’s been three years since we saw the noise-cancelling model first appear.

The design remains predominantly the same in the second generation, but there are some big changes internally with the AirPods Pro 2. We got our hands – and ears – on them in Cupertino to try them out briefly. Here are our first impressions.

The Apple AirPods Pro second generation share an almost identical design to their predecessor, with a couple of incremental changes here and there, mainly in terms of vent and microphone placement. From a distance though, it would be tricky to tell the difference between the first generation AirPods Pro and the second generation model – though that’s not a bad thing. 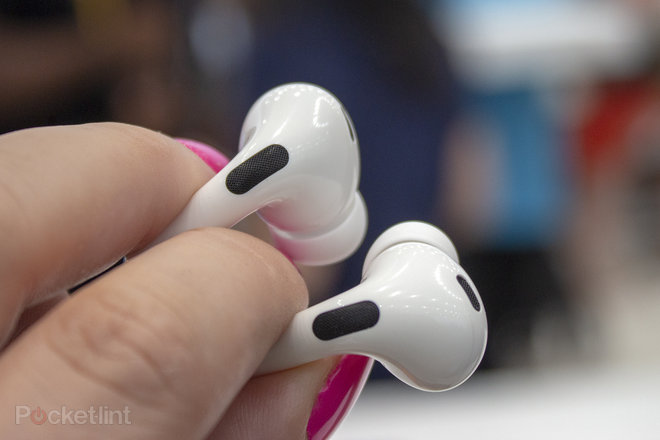 Despite rumours suggesting the AirPods Pro 2 might move to a design similar to the Samsung Galaxy Buds by ditching the stem, that’s not come to fruition. Apple retained the signature design, with the short stem of the AirPods Pro returning and the silicone ear tips positioned at the end of the white head, differentiating the Pro model from the AirPods 3rd Generation.

The AirPods Pro 2 are small and dainty, as they have always been, measuring just 30.9 x 21.8 x 24mm and weighing just 5.3g. There is a new silicone ear tip size available now though, with XS joining the S, M and L options already available. We tried out the medium ear tips during the event and they fitted well and were comfortable, but it’s always good to have options as everyone is different. 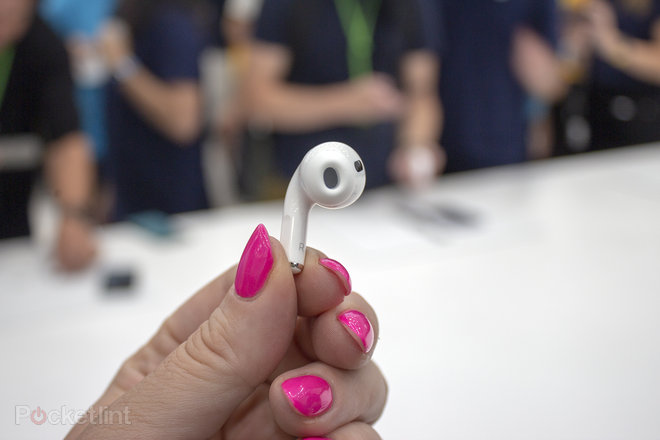 The stem also has a touch control sensor on it too now, allowing you to adjust the volume by sliding your finger up and down. It takes a few seconds to nail the gesture – we put our thumb behind the stem so we could hold the AirPod Pro in place while we moved our index finger up and down – but once you have it down, it’s very simple to do and handy. There are audio cues indicating you have changed the volume, but these were very difficult to hear in the busy hands on area.

Along with the new touch controls, the AirPods Pro 2 still offer the same controls of the original AirPods Pro, allowing you to press and hold to switch between Active Noise Cancellation and Adaptive Transparency modes, press once to play, pause, or answer a phone call, press twice to skip forward and press three times to skip backwards. 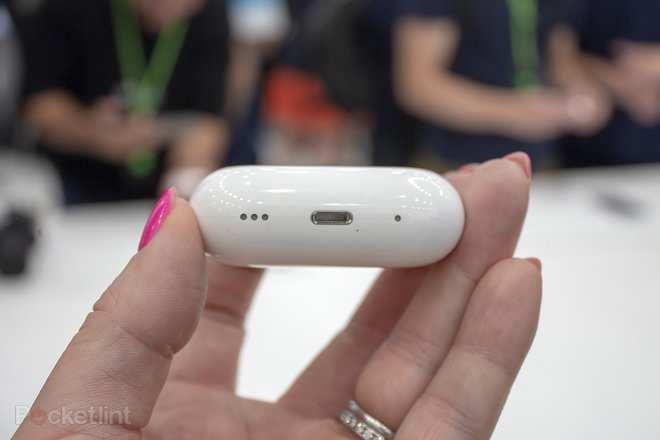 While the AirPods Pro themselves are similar in design to their predecessor, aside from the changes we mentioned, there have been some upgrades to the Charging Case. There’s now a speaker at the bottom of the case, and the case is IPX4 sweat and water resistant, like the AirPods Pro 2 buds themselves. The case also has a lanyard loop – though a lanyard doesn’t come in the box. It’s a handy addition though.

The Apple AirPods Pro 2 run on the H2 chip, allowing for a range of new features. There’s Personalised Spatial Audio with Dynamic Head Tracking – though this will also come to the AirPods 3rd Generation. 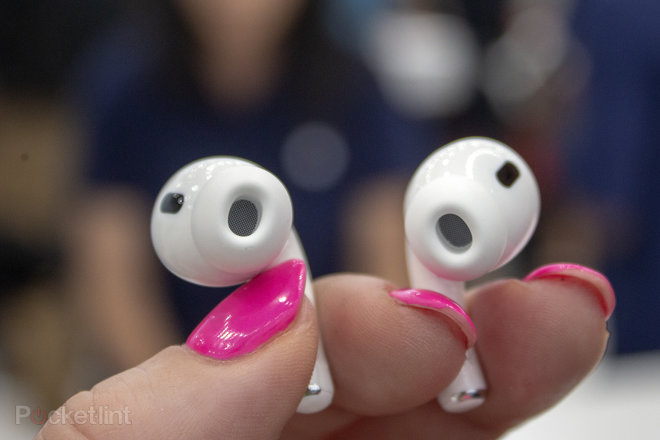 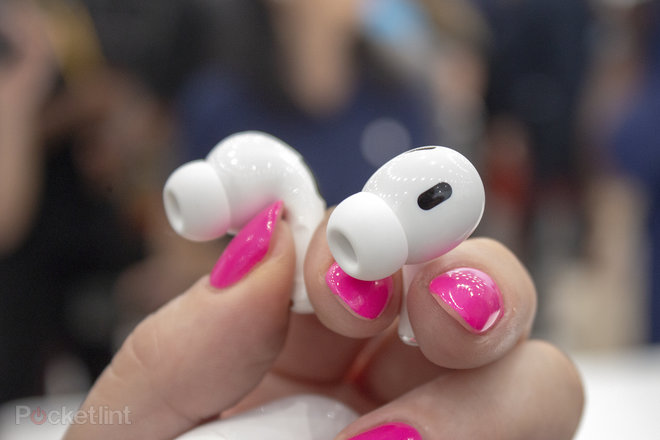 Along with the speaker, the AirPods Pro 2 Charging Case has the U1 chip inside, meaning it will appear on the Find My app independently of the each earbud. You will also be able to play a sound to the case to make it easier to find if you have misplaced it thanks to the speaker. Additionally, the AirPods Pro 2 charging case can now be charged with an Apple Watch charger, which we are very pleased about.

The Apple AirPods Pro 2 come with a number of features, many of which match the rest of the AirPods in the company’s portfolio, though there are a few extra on board the Pro model. 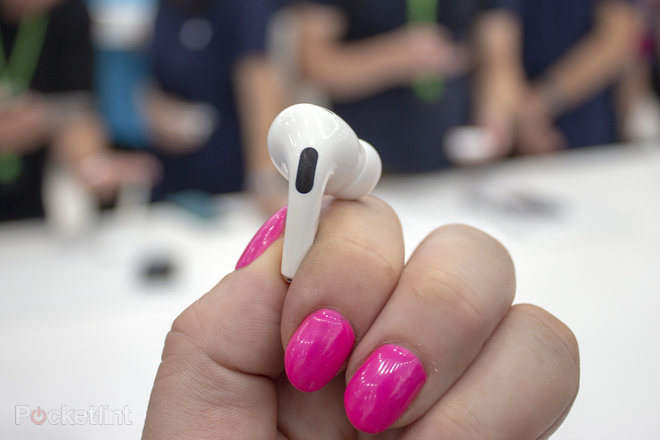 There’s also quick setup with Apple devices, with one-tap connection, though the AirPods Pro 2 are compatible with Android devices too. In terms of accessibility features, the AirPods Pro 2 have Live Listen Audio, Headphone Levels, Headphone Accommodations and a Conversation Boost mode.

As we’ve mentioned, the AirPods Pro 2 also have Active Noise Cancellation and Adaptive Transparency modes. There’s Hey Siri on board as well, and you get the controls we mentioned above. There are also plenty of settings you can change too, like turning on Announce Notifications so you when you have the AirPods Pro 2 in your ears, you will be told who is calling you if you get a phone call, as well as read messages and other notifications.

Head to our AirPods tips and tricks feature for all the extra features you can expect from the AirPods Pro 2.

We had a brief demo of the AirPods Pro 2 during the Apple event, though it wasn’t possible to test the performance properly during this time. We were able to experience the Active Noise Cancellation however, with the AirPods Pro 2 connected to the Apple Watch Ultra and the Noise app running. 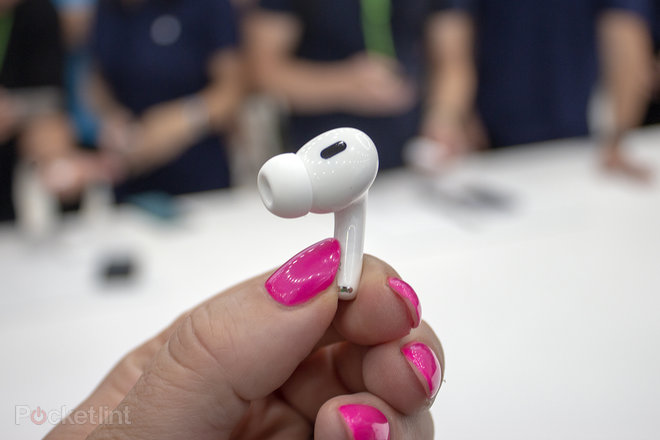 Before Active Noise Cancellation was activated on the AirPods Pro 2, the Noise app said we were experiencing 68dB in the event hands on space. When activated, it dropped to below 55dB and we could barely hear any of the background noise and the hustle and bustle, even less so when we played a track.

We listened to Heat Waves by Glass Animals during our demo, and while the AirPods Pro 2 sounded great with a solid sound stage, we will need more time with them to test the performance properly. 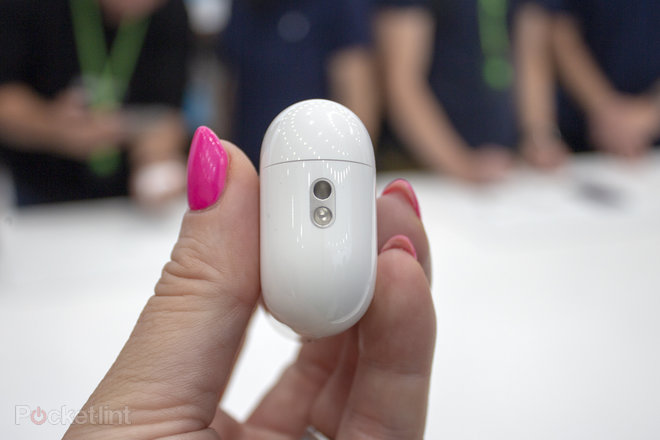