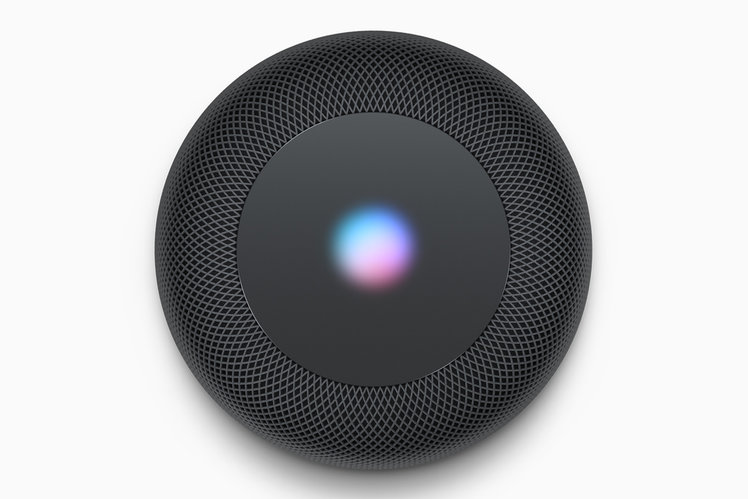 Apple’s HomePod sounds fantastic but the common criticism was that the implementation of Siri leaves a little to be desired.

The sales of Amazon Echo and Google Home devices show that there’s a huge market for smart speakers but Apple will surely have to produce a second-generation HomePod to compete with its rivals.

This will surely happen in 2020, partly due to the original HomePod supplies being discounted as you can see here:

According to analysts Strategy Analytics, Apple captured 4.7 percent of the smart speaker market in 2019, shipping around 2.6 million units in the run up to Christmas. In contrast, Amazon has around 26% of the market.

Here looking at the latest rumours as well as what we want to see from a second-gen device – which could be a direct replacement or it could be a lower-priced secondary device for elsewhere in the home – as well what rumours have appeared so far and when a HomePod 2 or cheaper HomePod might be released.

The Apple HomePod was released in early 2018 and originally cost quite a bit more than the Amazon Echo and Google Home alternatives it competes against. The problem is that, currently, smart speaker sales are being powered by quantity – Google Home Mini for £29/$29-type deals, for example – not necessarily quality, although there’s certainly an argument to suggest that is changing.

We would hope that a cheaper HomePod would be around the $200/£200 mark to compete with Amazon’s Echo Studio and Google’s Home Max.

What we want to see on HomePod 2

These are the features we’d like to see appear on the next Apple HomePod.

Apple seemed to try and suppress Bluetooth in early iterations of iOS – it was really buried in the Settings app, perhaps because Apple wanted users to use its own AirPlay tech instead. It’s not like that nowadays – Bluetooth is front and centre just as it is in Android.

It’s, therefore, a little odd that the first HomePod doesn’t support devices connecting to it via Bluetooth, especially when – get this – we know HomePod actually has Bluetooth inside and uses it for the setup process. The lack of Bluetooth is very restrictive for many homes – especially when you consider the HomePod is a device designed for a communal space.

OK so this falls into the “it’ll never happen” category but bear with us while we dream of HomePod being the best Spotify Connect speaker out there. But we think it’s unlikely the HomePod will ever have it (like Amazon Echo devices) because Apple being Apple it will favour its own AirPlay tech. However, as you’ll read in our rumours below, it’s plausible that HomePod could support Spotify or Amazon Music instead of Apple Music to compete with other smart speakers.

As we’ve mentioned below, a patent suggests that an upcoming HomePod will have gesture control as an alternative to voice (in addition to the current touch controls). We’re thinking this is probably going to be for basic stuff such as changing the volume or skipping to the next track to keep things simple.

That would be a far more agreeable approach rather than adding unnecessary buttons.

The problem with Siri on HomePod is that it’s not been given license to fly – some essentials are missing, such as support for internet radio apart from Apple’s own Beats 1 and there’s little doubt that Siri lags behind the flexibility of Google Assistant and the bulletproof though Amazon-focused Alexa.

Still, we’ve no doubt that Apple will get Siri right – after all, this is one of the world’s most resourceful companies we’re talking about. Compared to the capabilities of both Amazon Alexa and Google Assistant, Siri is very much third in the race now even though it debuted first.

There’s the Google Home Mini. There’s the Amazon Echo Dot. What about a better-sounding speaker called the HomePod Mini? It could still be relatively premium – maybe $99/£99 or $129/£129 to go up against the Amazon Echo and Echo Plus?

Whereas we don’t think the HomePod has sold that well, we could see a sensibly priced (not necessarily cheap) HomePod would do pretty well.

Apple’s AirPower never made it but why couldn’t HomePod 2 have wireless charging on the top? Now that would be very handy.

HomePod as a surround system

You can already stereo pair HomePods, of course, but what if there was HomePod Mini and also a subwoofer and you could sync it all up into a system to go with your Apple TV? Now there’s a thing.

Here’s everything we’ve heard so far regarding a second-gen HomePod 2, including what is expected to arrive on the new speaker.

The original HomePod sold out on the Apple Store on 14 May but became available again with a longer lead time. However, it appears stocks are now low and it’s clear that HomePods are being sold off with a $200 price point at BestBuy and other stores.

19 February 2020: Support for Spotify and other music services?

It’s rumoured that iOS 14 will usher in new capabilities for Apple devices to use non-standard apps as default options. And that will also mean more flexibility for the HomePod, too, with customers able to use Spotify or other music services on Apple’s smart speaker – not just Apple Music.

Such new functionality would probably be launched alongside a new HomePod, but there’s no reason why the older model couldn’t be updated for this as well.

A Bloomberg report, written by Mark Gurman, has detailed several features expected to come on Apple’s unreleased devices, including a cheaper HomePod.

According to Gurman: “Apple is also working on a cheaper HomePod for as early as next year. The current $300 model hasn’t sold very well. The new model is likely to have two tweeters (a type of loudspeaker), down from seven in the current HomePod.”

A granted patent application suggests the next-gen HomePod could have facial recognition and control via hand gestures.

As with all such patents that appear online after they lose confidential status, it was originally submitted a while ago – back in 2017 in this case. And while the HomePod isn’t explicitly mentioned, it’s pretty clear that that’s what the patent is referring to.

A report from Apple’s supply chain, via Chinese site Sina, has claimed a cheaper version of the HomePod speaker may carry Beats branding.

The report also said Apple is having talks with MediaTek about producing the new model, which would cost $199 when it goes on sale.

8 March 2018: A smaller, cheaper Apple HomePod could be on the way

The Taiwanese Economic Daily and Mac Okatara both claimed that Apple planned to launch a more affordable version of the Siri-enabled speaker in the second half of 2018 for between $150 – $200. Of course that never happened, but that’s not to say it won’t.