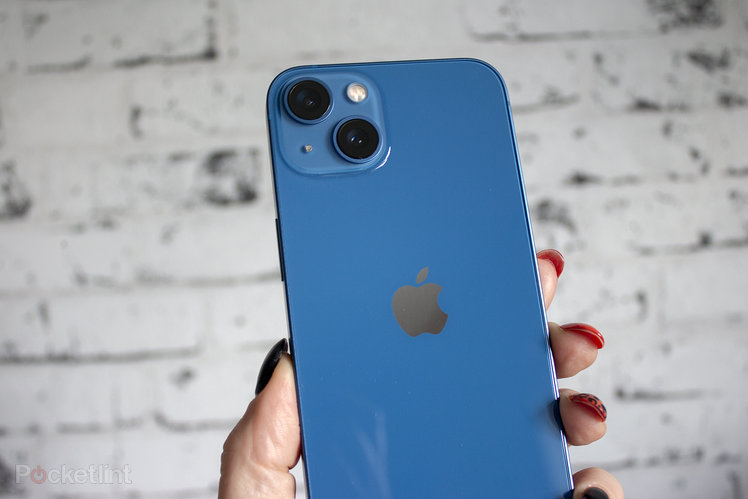 Apple may already have announced an iPhone in 2022, but that isn’t expected to be the only model to appear before the year is out. Don’t worry, the company hasn’t reverted back to Touch ID and ditched the Face ID models. Instead, those models are just due a little later on.

There are expected to be four iPhone models joining the already announced iPhone SE (2022). These are said to be the iPhone 14 and iPhone 14 Max, along with Pro models of these devices. Yes, that means that the iPhone mini might be dead for this year.

Apple typically releases its new flagship iPhone models in September and normally on the second Tuesday of the month. That’s been the pattern for a number of years – at least it has been if you ignore 2020.

Assuming Apple continues with this strategy, it is possible the iPhone 14 and iPhone 14 Max will be announced on 13 September 2022. Of course nothing is confirmed as yet, nor will it be for several months, but that would be the date we would pencil in the diary for now.

If we are right, we’d expect pre-orders to open for the iPhone 14 models on the Friday following their announcement, which would be 16 September, with availability then likely to be 23 September 2022. Remember, this is just guesswork for now though.

A flat-edge design is expected again for the iPhone 14 models, and it’s likely to be an aluminium frame with a glass rear rather than stainless steel and glass, which is what is likely for the Pro models.

It is also expected that the iPhone 14 models will offer an IP68 water and dust resistance and come in a range colour options. Some variations are likely compared to the 2021 models, though at the moment, it’s not clear what. Based on some moulds, it looks like the rear camera housing setup will look largely the same as the iPhone 13 models.

Reports suggest the standard models could get Apple’s ProMotion 120Hz refresh rate. There was originally some talk of Touch ID being placed under the display to work alongside Face ID, though more recent rumours suggest that won’t be the case this year.

It has been suggested that the iPhone 14 and iPhone 14 Max won’t get a processor upgrade for 2022, remaining on the A15 Bionic chip that powers all the iPhone 13 models instead of moving to the A16, which the iPhone 14 Pro models are expected to feature.

Reports claim all iPhone 14 models will have 6GB of RAM and we know they will all be 5G compatible given all iPhones, including the entry-level iPhone SE (2022) have been since the iPhone 12 models.

In terms of storage, with the standard iPhone 13 models coming in 128GB, 256GB and 512GB options, it’s likely the iPhone 14 models will offer the same, though there have been some reports that the base model could start at 64GB.

All the iPhone 14 models will no doubt run on iOS 16, which we expect to hear more about in June at WWDC, though you can read our separate feature on it for all the details we know so far.

There haven’t been a great deal of rumours surrounding the iPhone 14 cameras, though it is expected they will have a dual rear setup, like their predecessors.

The iPhone 13 mini and iPhone 13 feature a main camera and ultra-wide camera but they miss out on the telephoto lens features on the Pro models, as well as a couple of features. It is likely the iPhone 14 models will also offer a main and ultra-wide sensor on the rear but no telephoto sensor and we would also expect that they don’t offer all the same features as the iPhone 14 Pro models.

For now though, the details are thin on the ground.

This is everything we have heard about the iPhone 14 and iPhone 14 Max so far.

Bloomberg’s Mark Gurman, who has an excellent track record when it comes to Apple leaks, has said in his latest edition of his Power On newsletter that we will see a 6.7-inch standard iPhone 14 this year, rather than a 5.4-inch iPhone mini, supporting previous rumours.

Industry analyst Ming Chi-Kuo has claimed the iPhone 14 models will likely all see a front camera upgrade, with autofocus and a wider aperture of f/1.7.

Bloomberg’s Mark Gurman said Apple’s next software build – iOS 16 – is unlikely to see a complete redesign but it will have new features, with a focus on notifications again.

Industry analyst Ming-Chi Kuo previously predicted Apple would eventually make the move to offer both Touch ID beneath the display and Face ID, and while he didn’t think it would happen before 2023, he then tweeted claiming he doesn’t think it will happen at all now.

Tipster Shadow Leak revealed the expected display sizes and some specs for the iPhone 14 and iPhone 14 Pro models.

Industry analyst Ming-Chi Kuo claimed the standard iPhone 14 models will stick to the A15 chipset, while the iPhone 14 Pro models will move to the A16 chip.

23 February 2022: The iPhone 14 might have better battery life thanks to new 5G chip

The iPhone 14 might get a welcome boost in the battery life department, it’s been reported, due to a new 5G chipset that it might employ, freeing up tiny amounts of space for an increased battery capacity.

In a research note with Haitong International Securities (via MacRumours), analyst Jeff Pu says all four of the 2022 iPhones will come with a 120Hz refresh rate display and 6GB RAM.

According to analyst Ross Young, Apple will adopt a punch-hole system that comprises of two cutouts: one pill-shaped and one round. It’s also suggested that the smaller of those two cutouts will not be invisible. In other words, it’ll look like a sidewise ‘i’ cut into the display.

1 November 2021: Apple is working on a car crash detection feature for iPhone and Apple Watch

According to The Wall Street Journal, Apple is working on a new feature for the iPhone and Apple Watch that can tell if you’ve been in an automobile accident and automatically dial emergency services for you.

Bloomberg’s Mark Gurman claimed the iPhone 14 would see a redesign, corroborating reports that the company many move to a punch hole camera.

30 July 2021: Apple exploring under-display Touch ID and Face ID – and it could mean the notch is dropped for iPhone 14

Apple was granted a patent suggesting it is exploring under-display Touch ID. In the filing, Apple details how the current iPhone design features the imaging sensor next to the display, rather than being embedded into it. The core of this patent, then, discusses how this imaging sensor could be joined with the display in order to enable the next iteration of Touch ID.