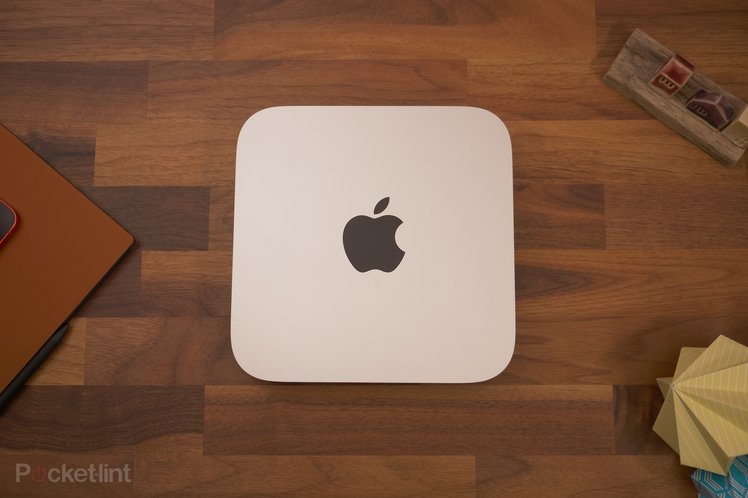 The Apple Mac mini has been around in one form or another for the best part of 15 years. It may not be a top seller, or a model you see millions upon millions of people using, but it clearly has strong appeal that’s seen it last as long as any of Apple’s product families.

What makes it attractive now is the same thing that made it attractive back in 2005 (when the PowerPC G4 version first shipped): it’s small, it’s powerful and it’s a lot less expensive than an iMac.

And while this Mac mini looks identical to the one that’s been on store shelves for the past couple of years, it has a totally new brain: Apple’s M1 processor. So what does that mean and does it make for the best miniature desktop machine you could buy?

Minimalist to the extreme

Like the M1-updated MacBook Air and MacBook Pro, nothing has changed for the Mac mini from a visual perspective. It’s still that minimalist rounded-edged square aluminium case with the Apple logo in the centre, with nothing but a single white LED on the front. All the ‘ugly’ ports are hidden at the back, so that if you want to hide all your messy cables then it’s easy.

Size wise, it’s maybe not as ‘mini’ as it could be though. Watch enough teardown videos and you’ll see how much space there is inside the new M1-powered Mac mini. That’s because the M1 hardware and all that entails fits into a much smaller space than all the previous components. We’d be surprised if the next-generation model wasn’t even smaller for that very reason.

Still, compare it to a tower PC or any other Mac desktop computer and it takes up a lot less space than most. Despite being a bit old now, there’s something quite attractive about a sleek metal box sitting on your desk with no seams, joins or screws visible (well, unless you you turn it upside down or look at it from the back).

That minimalism also applies to the port selection on the back, but there’s still much wider support here than on either of the M1 MacBooks. For starters, you get two USB-A ports, along with the two USB 4 Type-C/Thunderbolt ports. You even get an Ethernet connection point, HDMI 2.0, and a 3.5mm headphone jack. There’s also an opening to allow airflow from the fan. 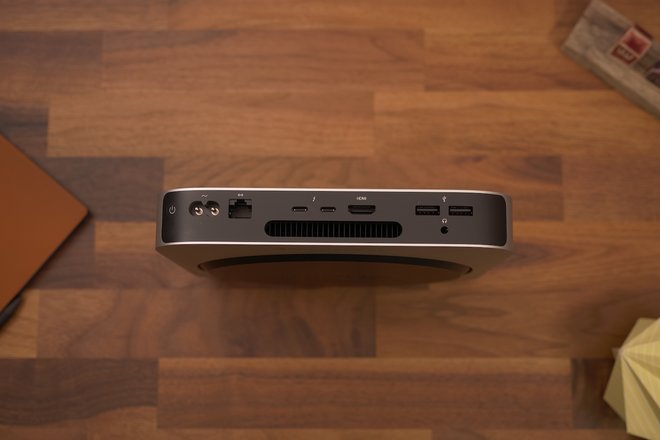 We’d love to see one or two more Thunderbolt ports and an SD card reader in future models though (as much as the latter is highly unlikely). It certainly seems like there’s adequate space, though, so we can’t fathom why there isn’t a card reader on a machine that’s otherwise primed and ready for creators. The same can be said of the MacBook Pro, really.

It’s not unusable with this number of ports, of course, but we had to rely on a Thunderbolt 3 desktop dock to get constant access to an SD card and microSD card reader. It also expanded our options for additional ports and – just as usefully – gave us a headphone port that we didn’t need to reach around the back of a computer to gain access.

Which monitors can I use?

We can’t talk ports without talking monitors, which is certainly something to consider before deciding on whether to get a Mac mini or not. In this home office there’s been a USB-C LG monitor for a good few years. Primarily because it’s a monitor with multiple input options, and because for a good chunk of time, the MacBook Pro was our home computer of choice.

The model we paired up is the LG 27UK850. It’s a 4K 27-inch monitor that supports up to 60Hz refresh rates and is pretty much perfect for the Mac mini. You can plug it either into the HDMI 2.0 port on the back, or use one of the USB-C/Thunderbolt ports. 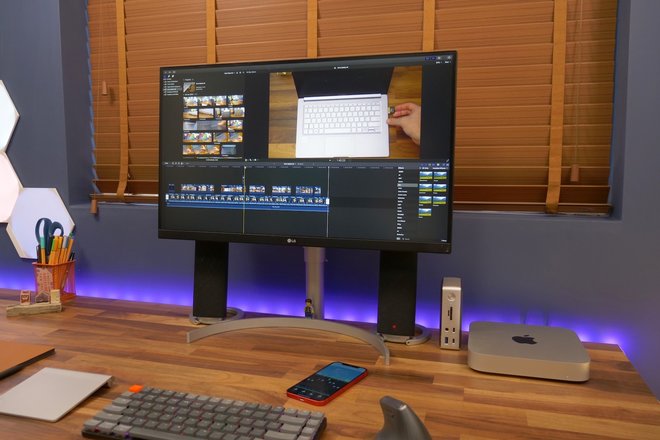 The good thing about this particular monitor is that it also features two USB-A ports on the back, so you can effectively use it as a desktop hub if you need to plug an extra couple of peripherals in, like a USB microphone or a wired keyboard.

Anyway, enough about the monitor. The real thing to note with this Mac is that you can connect up to two monitors. But you do need to split it between the HDMI port and one Thunderbolt port. Using two screens, you get 4K and 60Hz on both. For higher-resolution monitors, you’re limited to just one monitor and you have to use one of the Thunderbolt ports as the HDMI maxes out at 4K. Those power users who like three or more screens won’t have much luck here, but we suspect those users are few and are already using a Mac Pro.

A lot has been said about Apple’s M1 processor. That’s not exactly a surprise though. Following years of partnership with Intel, Apple used the expertise it’s built up following years of putting powerful ARM-based chipsets in its smartphones and iPads, and applied that to a custom processor for ‘proper computers’.

In our use-case – primarily video editing in Final Cut Pro and Affinity Photo – the apps are already optimised for the M1 processor, so the experience is dreamy. 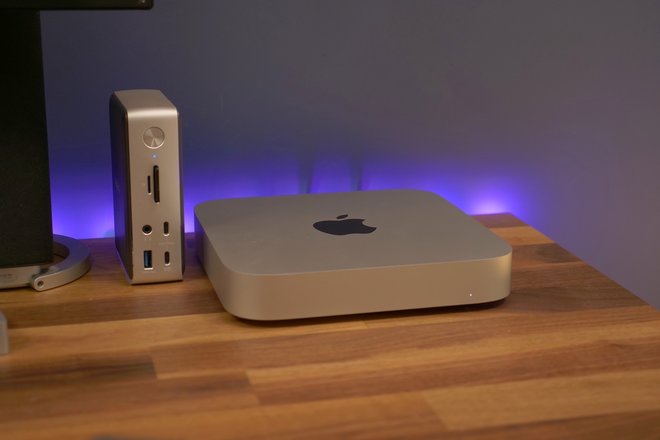 It’s worth noting at this point, however, that our unit is 16GB RAM model, so it’s a custom order from Apple which – as well as being pricier than the standard configurations – takes longer to ship. Compared to the other Macs it’s by far the most affordable and best value if you have monitor, keyboard and mouse already.

It took us by complete surprise how quickly Affinity opened images. Where our older Intel Core i5-powered MacBook would take a second or two to open large image files, the M1 Mac mini is virtually instant.

Likewise when zooming and out of those images using trackpad gestures, it’s instant and smooth, making the process of editing photos so much more convenient Even compared to using our previous powerful Nvidia GeForce GTX 1080Ti-powered desktop PC with 32GB RAM and SSD storage, Affinity Photo feels much quicker. We’ve been genuinely blown away by it.

It’s a similar feeling when editing 4K video in Final Cut Pro: skimming through timelines of 4K/30 projects is smooth and rarely resulted in any noticeable frame drop. It’s worth noting, our edits aren’t especially complex – we’d have a maximum of three video streams – but it remains smooth in ways we don’t typically see. 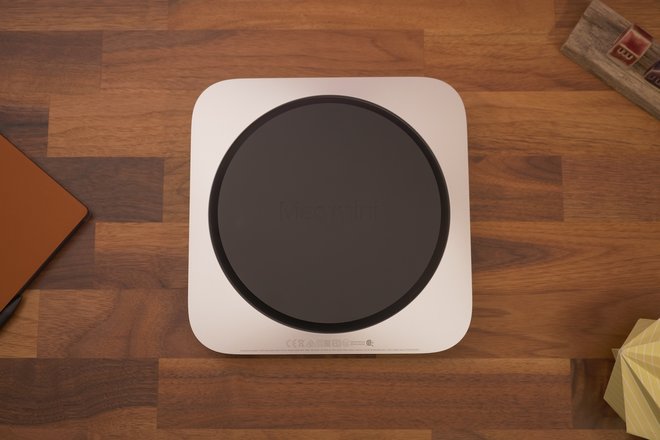 For instance, when we show screen recordings on top of an expanded and blurred background of that same recording, or when adding masks and censoring to parts of the screen. These are the areas when we’d typically see a little stutter or frame drop on a lot of our previous MacBook setups. With the M1 Mac mini that just didn’t happen.

Export times are fast, too, but it’s the buttery smoothness when actually working with footage, photos and timelines in the M1-optimised apps that makes the most day-to-day difference.

We also dabbled with Pixelmator Pro, using it to edit thumbnails for videos, and found it as fast and responsive as Affinity Photo. For those interested in benchmarks, there are plenty available to view on Geekbench.

For those apps that aren’t yet M1-optimised, there’s Rosetta – which is like an app translator, to ensure things can run – but the list of programmes and apps that needs Rosetta is slowly getting smaller. Both Zoom and Chrome now have M1-optimised versions, while Microsoft Edge is close at the time of writing.

For creatives, the list of apps that are M1 optimised is getting bigger too. Adobe Photoshop and Lightroom are both ready, as is Microsoft Office. In terms of video editors, both Premiere Pro and DaVinci Resolve have beta versions available with M1 support but – at time of writing – no official, stable release. 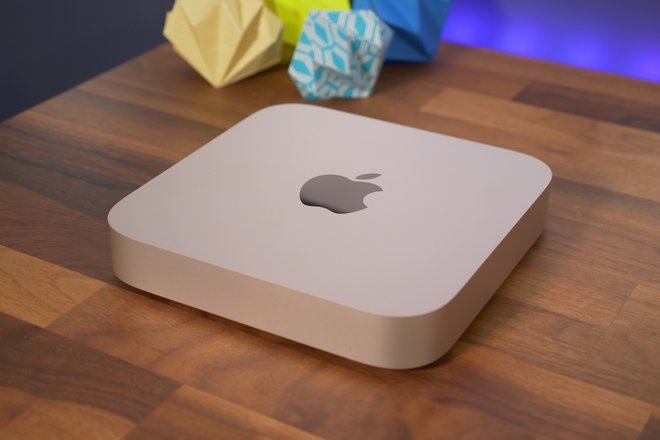 Like its laptop-shaped cousins, the desktop Mac does everything quietly with a barely an audible whirr from its built-in fans. It’s just ridiculously efficient. It didn’t seem to matter what we were doing with it, we didn’t hear the fan, even when exporting a video. That would normally be enough to send an Intel Mac’s fans spinning furiously.

As for other apps, we tested a whole load of them during our testing of both the M1-powered MacBook Pro and M1-powered MacBook Air, both running Big Sur, and our experience was pretty much faultless. Of course, those using specific enterprise software and systems my have a different experience and it’s worth looking up examples of tests on your specific needs before making the jump to M1. For the average user though, we don’t anticipate any significant issues arising.