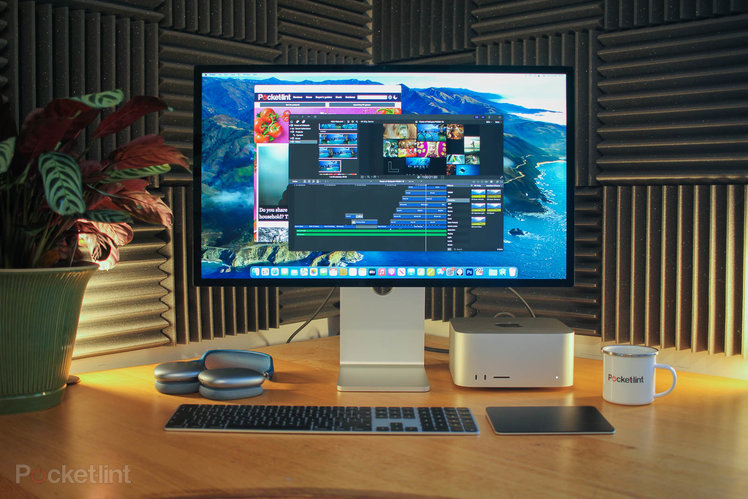 Apple’s continued push to provide the creative industry with more powerful options has resulted in the launch of a new Mac category for the first time since 2005.

The Mac Studio – which seemingly sits between the Mac mini and the Mac Pro – is the company’s answer to those who want more power (complete with Apple’s own M1 Max/Ultra silicon) without going the full hog of the fully customisable (and still Intel-powered) Mac Pro.

So how does it stack up? We’ve been living with the Mac Studio to find out.

The easiest way to describe the look of the Mac Studio is as a beefed-up Mac mini. Featuring the same design language, the square-shaped box – which is made of 80 per cent recycled aluminium – will sit firmly on your desk and is about the same height as two Mac minis placed on top of each other. It features the same rounded edges and the usual polished Apple logo on the top.

That’s pretty much where the similarities end though. Understanding the constant need to connect devices, there are two USB-C ports on the front (faster Thunderbolt 4 if you opt for the M1 Ultra model), next to an SDXC card slot so you don’t have to go rummaging around the back when you’re importing video and images from your camera.

At the rear of the device, you’ll find even more ports. Apple has banished any memory of a “port-less future” here. Indeed, there are so many ports on the Mac Studio that some might argue this looks more like a cheese grater than a state-of-the-art desktop computer. Still, those four Thunderbolt 4 ports back here will be useful, especially if you want multiple monitors. 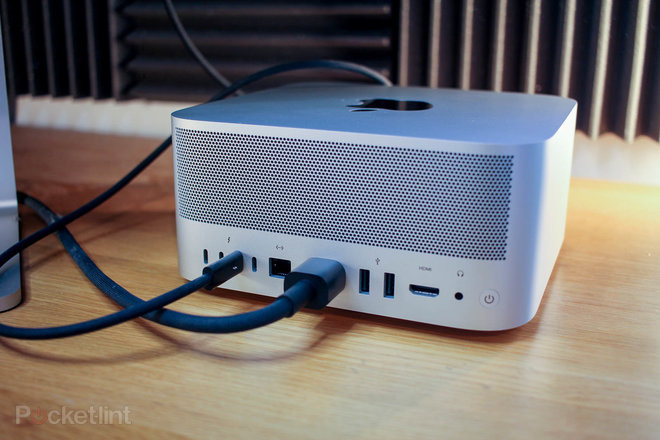 It’s also worth noting that, like the Mac mini, the Mac Studio is just part of the solution to a better Mac workflow. In the box you’ll get the Mac Studio and the power cable – and nothing else. To get going, you’ll need a monitor, a keyboard, plus a mouse or a trackpad.

While the design is one of the niceties of the Mac Studio, chances are would-be owners will be interested in the power it delivers. Oh, it certainly does that.

There are two base configurations available: the entry-level features Apple’s M1 Max processor with a 10-core CPU, 24-core GPU, and 16-core neural engine; you also get 32GB unified memory and 512GB of SSD storage.

The other comes with the Apple M1 Ultra processor with a 20-core CPU, 48-core GPU, and 32-core neural engine; there’s also 64GB of unified memory and 1TB of SSD storage. 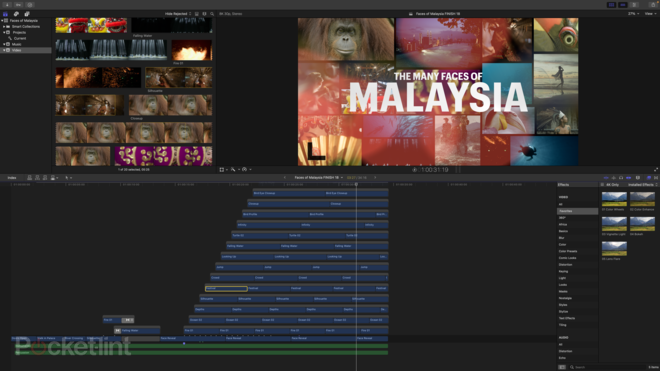 Both models can then be upgraded further. Tick all the boxes and you’ll end up with an Apple M1 Ultra with a 20-core CPU, 64-core GPU, and 32-core neural engine. You can also upgrade to 128GB of unified memory (let that sink in for a moment) and 8TB of SSD storage.

All that power is now available because of a new Apple processor: the M1 Ultra that sits at the top of the M1 processor pile.

Using a new technology Apple calls UltraFusion – which, incidentally, shouldn’t be mistaken for a character in the Marvel Cinematic Universe – the company has worked out a way to join two M1 Max processors together without the system believing it’s two separate chips.

It’s a lot – like, a lot – of money. It’s also not upgradeable after the fact, so once you’ve locked in that order, that’s it, you can’t add in more memory or anything else internally.

But put into real-world terms the effortlessness with which the Studio can handle really high resolution, high bitrate files is simply staggering. Skimming through 8K preview files in Final Cut Pro, or a timeline with multiple 8K video streams stacked on top of each other, and you’d assume there’d be lots of frames dropping, stuttering and choking. But no, the M1 Ultra with all that memory handles it smoothly, as if you’ve only asked it to do some simple task. 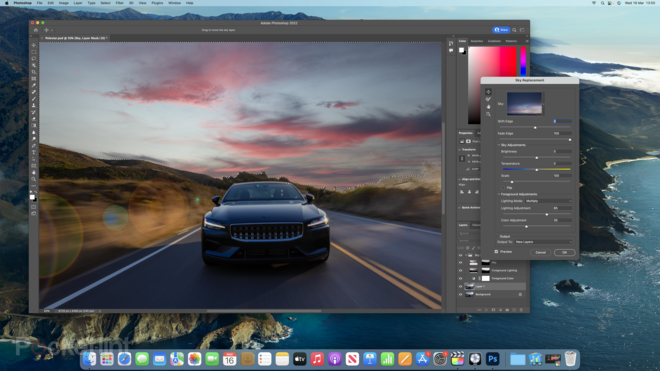 Then when you want to export said file, it takes relatively little time. A 34 second 8K video exported as a 16GB file in just 24 seconds. In contrast the same file on the still very powerful 14-inch MacBook Pro (running an M1 Pro processor with 32GB of unified memory) took 24 minutes for the same task. To say the Studio is powerful is an understatement.

But it’s not just in Final Cut Pro. The Mac Studio is unfazed by pretty much everything. Live previews of huge changes within a Raw file in Adobe Photoshop appear instantly as if it were a simple JPEG. Logic Pro files with hundreds of audio tracks are no problem either. We couldn’t find anything that the Mac Studio struggled with.

All that power demands – nay, expects – a decent display to showcase all your work on. So alongside the Mac Studio, Apple has also released the Studio Display.

A step down from the company’s Pro Display XDR offering, this new 27-inch 5K Retina display – which comes with both tilt and height adjustable stand options – offers True Tone, 600 nits of brightness, and P3 wide colour gamut. There is an option of a nano-texture glass coating to reduce screen glare further (which, yes, costs yet more cash). 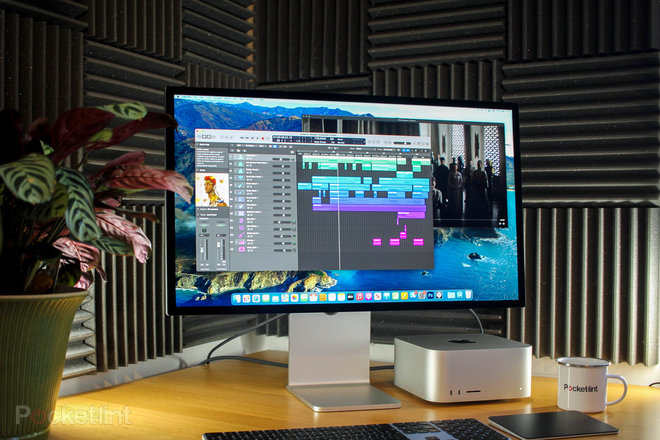 Following in the footsteps of the company’s original Thunderbolt Cinema displays, the Studio Display also comes with a 12-megapixel ultra-wide camera with Center Stage, a tri-mic array, and six speakers that support Apple’s Spatial Audio. Aside from when you’re editing video or photos, those specs make it a perfect Zoom-ready monitor.

The two questions you’ll have to ask yourself, though, is whether your desk is big enough to take that many displays and do you have a swivel chair? Because that’s a lot of extra screen to look at.