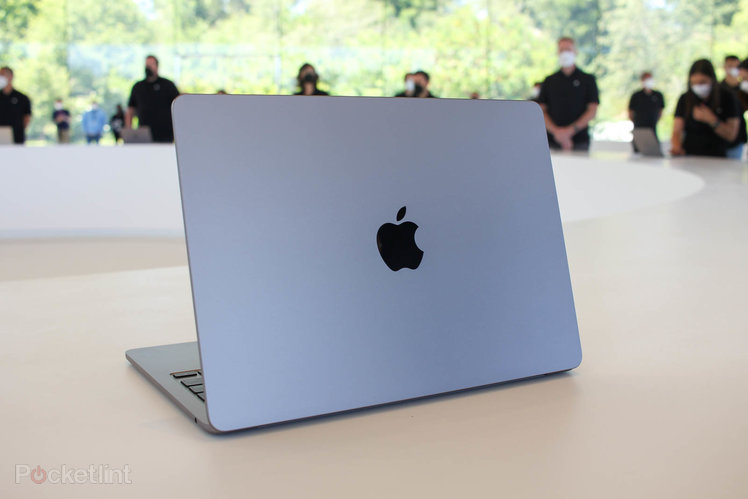 From the moment Steve Jobs pulled the original MacBook Air from a manilla envelope in 2008, the line has been used by Apple to showcase the next steps in the evolution of the Mac.

It’s been an unpredictable ride for the MacBook Air since then. Some iterations have been overshadowed by the MacBook Pro, while others – like the M1 MacBook Air, released in 2020 – have performed as the best, most rounded laptop on the market.

So, will the 2022 version of the MacBook Air become the new go-to for most people hunting a laptop all-rounder, or is this one model that’s worth skipping over?

Following the reveal at Apple’s WWDC 2022 keynote, Pocket-lint was at Apple Park in Cupertino to gain some initial impressions.

The MacBook Air features a very different design from the 2020 model.

Now more akin to the MacBook Pro that was released in 2021, the Air’s classic wedge design, which has been with us for nearly a decade, has been ditched for a more squared-off look. Thankfully, it still manages to feel robust and strong in the hand. 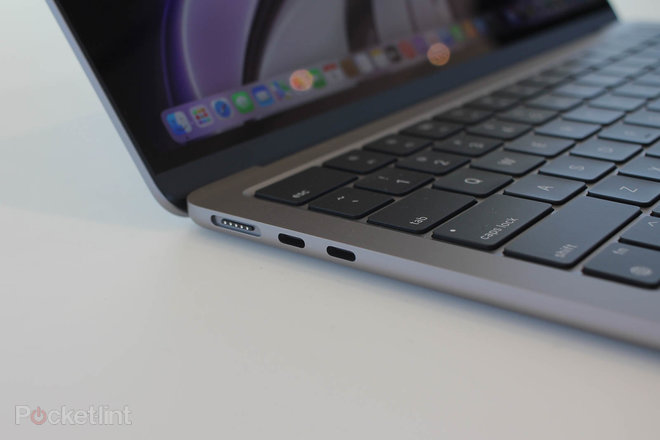 It does strip out a number of design features in order to create a device that’s both thinner and lighter than its more expensive sibling, however. Most notably, there’s no SD card slot or HDMI port.

Even still, we suspect that the average MacBook Air user is unlikely to miss these greatly. And other design tweaks have also been worked around. For example, though the MacBook Air foregoes the speaker grilles on the sides of the Pro’s keyboard, there are two hidden speakers between the top of the keyboard, and the screen takes advantage of the hinge space.

What is present, in terms of ports, is also pretty solid for a device this size. There are two USB-C ports and a MagSafe fast charge connector down the left side, with a 3.5mm jack on the right. To give you an idea about the thinness of the Air, that jack only just fits in the space available. 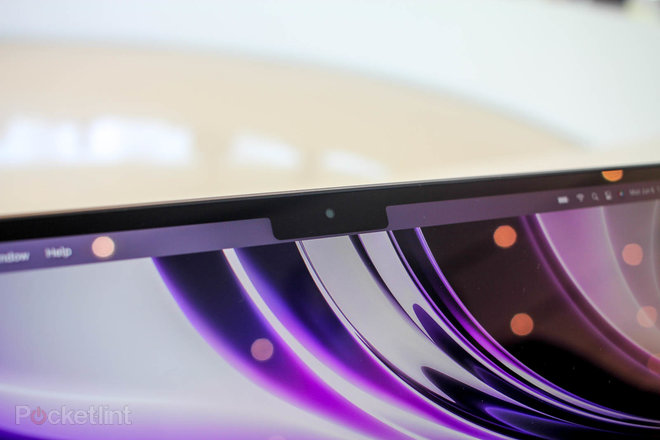 We couldn’t fully grade the capability of those speakers in the noisy testing area, but Apple says they should be good enough to enjoy a movie with. And with the device supporting the company’s Spatial Audio technology, this is certainly one we’re looking forward to testing out further.

Something that the more compact form factor hasn’t affected, meanwhile, is the screen size – mainly thanks to a design change that reduces the bezels on all sides of the Liquid Retina display. That means a notch – yes, the same kind used with the MacBook Pro – is now used to house the new 1080p camera. 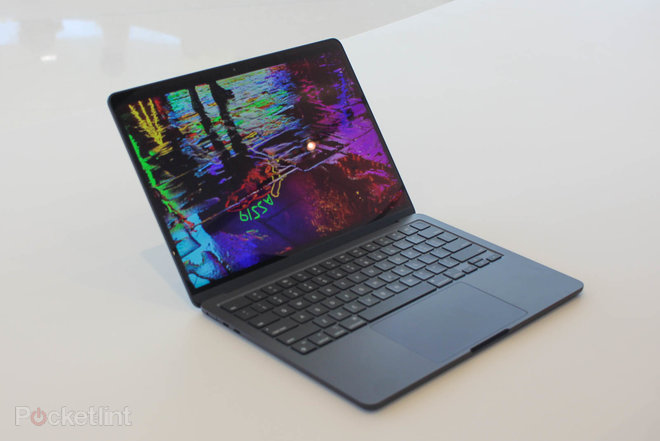 It will also be available in four colours, including a new Midnight, which has a slight blue hint to it. That’s the colour to get if you’re looking for something beyond the typical Space Grey, Silver, or Starlight.

While the new design is likely to be the driving factor in new sales and upgrades, it’s not the only thing the new MacBook Air has going for it. It’s the first Mac to get the company’s new M2 processor.

Promising to be 18 per cent faster than the M1 powered MacBook Air – and offer 35 per cent faster graphics – this should be a real powerhouse – and potentially ideal for those who consider the Pro’s performance capabilities as overkill. 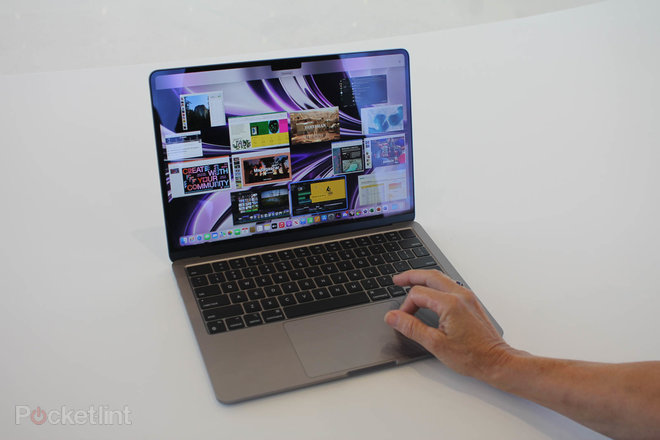 At the preview event, we were able to fire up a couple of games, as well as check out some video and image editing in action.

We couldn’t fully test the new machine and the new M2 processor, of course. However, having used the M1 version, which will also come as a processor option for the 2022 design, we don’t expect users will have to worry about speed or efficiency here.

As ever, we’re looking forward to giving the new model a run for its money in our full review, and we’ll update our findings when we can.