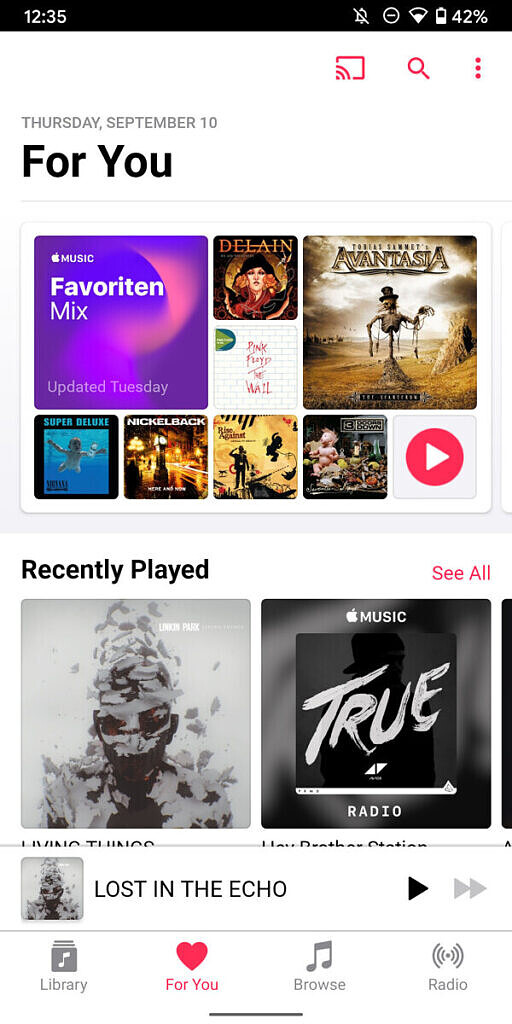 With iOS 14 expected to launch at the end of this month, that of course means that Apple will be updating its suite of first-party iOS applications. The company also maintains some of its apps on Google’s Android, too, including Apple Music. In the newest Apple Music v3.4 beta for Android, Apple has introduced new design changes and feature additions they already added in the update for iOS 14 (via AndroidPolice).

The changes in version 3.4 beta include a new icon, improved search, autoplay, and Listen Now, the latter of which replaces the For You section. The Listen Now section, meanwhile, is a place where you’ll find personalized recommendations. The bottom bar also features easier access to Search, which was previously at the top. Including it on the bottom makes it so much easier to reach if you’re using your phone with just one hand; Apple says the new search experience also provides better suggestions and filtered results. 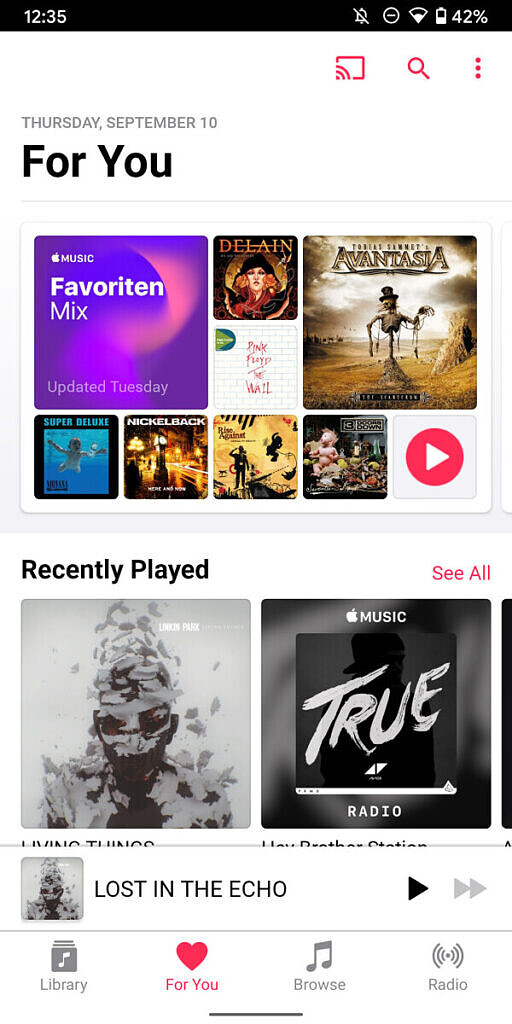 There are a few other changes in Apple Music beta v3.4, such as the Now Playing screen’s dynamically generated album cover colors, the ability to add what you’re currently listening to to your social media story, easy-to-manage options for mobile data usage, but one of the more interesting things is several references to an Apple One subscription bundle, codenamed “aristotle” (via 9to5Google).

We first heard about Apple One from a report last month out of Bloomberg. Apple One allegedly offers a base bundle that will include Apple TV+ and Apple Music for a monthly fee, along with a more robust bundle that will include Apple TV+, Apple Music, Apple News+, and more iCloud storage. It’s unclear if consumers will have the option to choose what they want to make their own bundle. If you already have an Apple Music subscription, though, you won’t be charged twice if, for example, you sign up for Apple One’s base bundle. Instead, you’ll pay the difference for the addition of Apple TV+, which is $4.99 on its own.

Apple is planning an event for September 15, so perhaps we’ll learn more about Apple One then. In the meantime, you can check out some of the new features coming to Apple Music for Android right now.