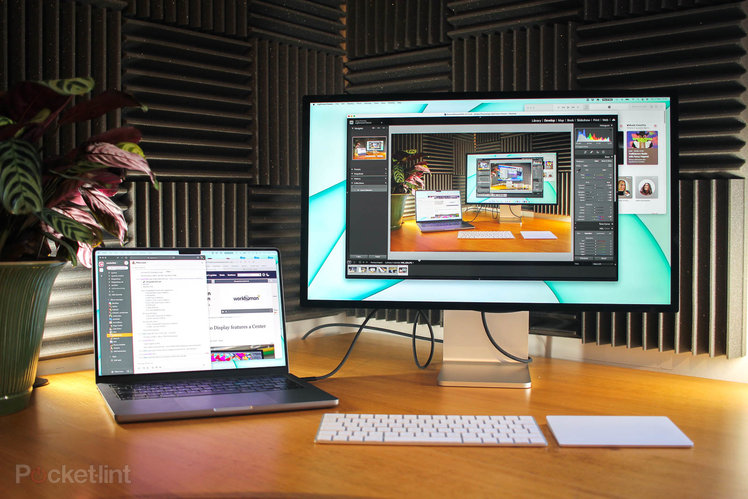 Once upon a time Apple made a range of branded monitors designed specifically for the Mac, be it the Mac mini or to plug into your MacBook and expand your desktop.

Over the years, that offering eventually dwindled, being discontinued in 2016 – only to be restarted in 2019 with the release of the Pro Display XDR. But with lofty goals and an even loftier price tag – it costs £4599/$4999/€5499 – that’s been out of reach for most Mac users.

Now, alongside the launch of the Mac Studio, Apple has released a more approachable offering with the Studio Display. But should you consider it given the wide array of other high-end monitors available out there?

Following in the footsteps of the LED Cinema Display and then Thunderbolt Display, the Studio Display not only features a 27-inch 5K Retina display, but also a camera, mics and speakers. 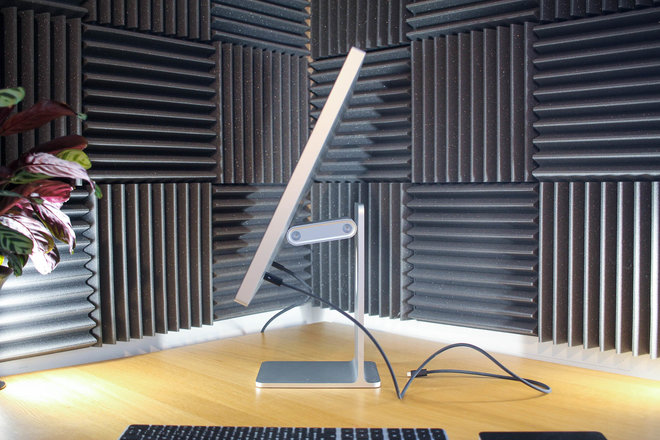 Designed to look like a giant iPad or the company’s iMac, there’s a 12mm thick black seamless glass bezel around the outside edge that frames the screen. That bezel also houses the 12-megapixel ultra-wide camera, making it the only thing that interrupts the proceedings – as the speaker grilles are placed almost invisibly (when looking directly at the screen) top and bottom of the outside edges.

At the rear of the Display are three USB-C ports and a Thunderbolt 3 port that offers 96W host charging for powering a MacBook (and even fast-charging for the 14-inch MacBook Pro). There’s no Ethernet connection or traditional USB-A ports here though.

The Studio Display comes with the choice of three stands, which you must pick at the time of purchase, although are swappable later via a visit to an Apple store. 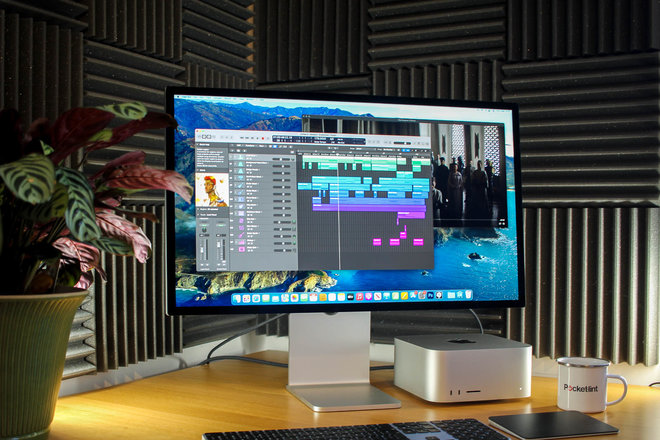 A tilt-adjustable stand (shipped as standard) allows you to tilt the display -5 to +25 degrees, while an optional tilt- and height-adjustable stand that can move through a range of 105mm is available for those opting to upgrade. Yes, even your monitor can have upgrades. For those not fussed about a stand, there’s a VESA mount option too.

The stand, like the back of the Display, is made from recycled aluminium and follows the same design language as the company’s MacBook and Mac range. Put simply it will fit in nicely with your other Apple kit.

The screen is bright (at times too bright on full brightness), crisp, vibrant, and as good as anything on the company’s MacBook and iMac ranges.

However, Apple does fall short of offering it’s ProMotion 120Hz screen technology, something that we are sure would have been very welcomed (perhaps something to hope for in the next model?).

There is an option of a nano-texture glass coating to reduce screen glare further for those who need it. It’s an optional extra that was previously on the more advanced Pro Display XDR – but it will cost you yet more cash.

The Studio Display also comes with a 12-megapixel camera with Center Stage – the same as found on a range of Apple devices, including the 14-inch MacBook Pro, the iPad Air, and iPad Pro – a tri-mic array, and six speakers that support Apple’s Spatial Audio. 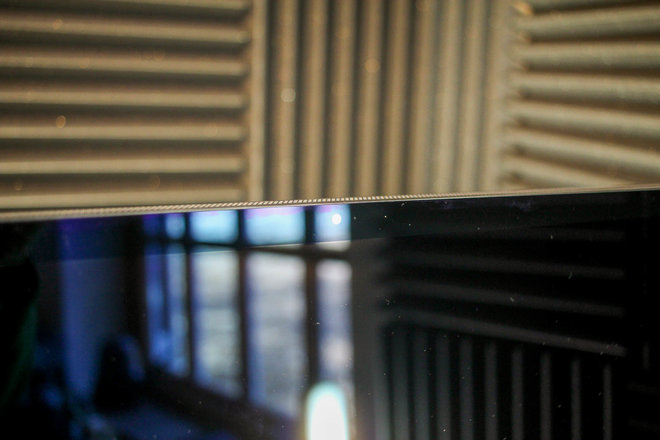 The Studio Display is powered by its own A13 processor – which incidentally is the same processor that powered the iPhone 11 range in 2019 – so the monitor can offer Center Stage and other technologies that we’ve otherwise only seen on the M1-powered Apple devices. Yes, that means even older Intel-powered Macs can benefit from the features, even though the Intel processor doesn’t natively support them.

In our various video calls via various video conferences services, the camera is great. It’s able to work in low-light conditions – we were able to ditch the need for additional lighting – and unless you have a very recent MacBook is likely to outperform what you already have. Unless you’ve opted for a DLSR setup, of course.

It’s not just about the camera though. The Studio display features a tri-mic array (similar to the MacBook range) to pick up your voice, and there are six speakers for playing back audio. The quality is very good and should certainly boost the ability for people to hear you. You could use it for recording a podcast at a push, but we would still opt for a dedicated mic. 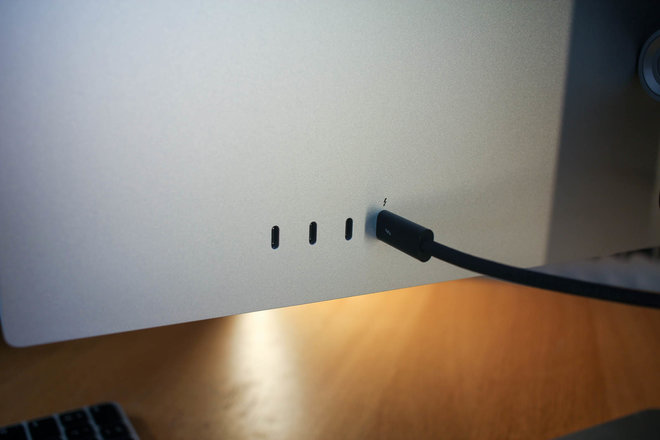 Also because of the A13 Bionic processor those speakers support not only Spatial Audio for music and voice calls, but also Dolby Atmos for entertainment playback. For a desktop experience that means the speakers are great. While the performance is very capable at full volume, you’re unlikely to need it set to that level. It gets very loud very quickly. Still, if you’re enjoying something on Netflix, Apple TV+ or Disney during your lunch break you’ll certainly notice the difference, meaning you can get rid of your desktop speakers and reduce the clutter.

Those three elements – the camera, mics, and speakers – make this a great addition to your Zoom offering, even if you opt to turn off the at times distracting Center Stage option.