The Apple TV has been around in one form or another since 2007. The first Apple TV debuted as a physical, spinning 40GB hard drive that was tethered to an ancient version of iTunes. It wasn’t until much later that the Apple TV transformed into a legit streaming box. During that time, the industry became chock full of sticks, boxes, and other HDMI-enabled gear meant to get internet content streamed to your TV set. Here’s Android Authority’s Apple TV 4K review. 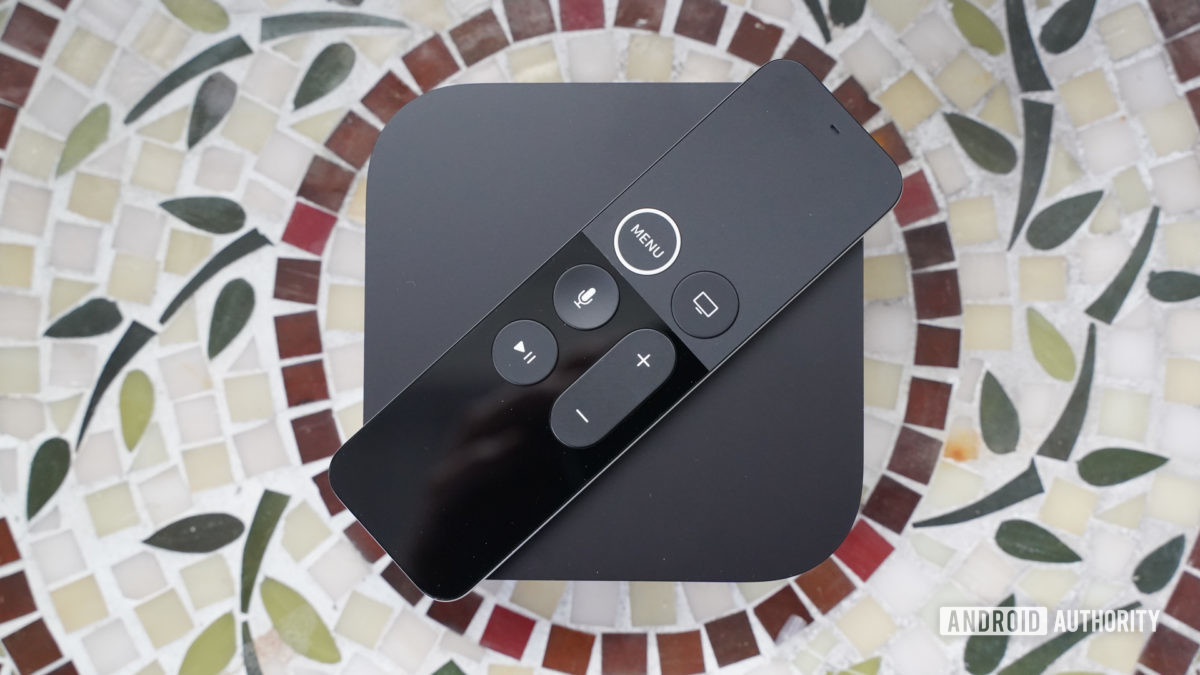 The Apple TV 4K has been around since 2017. Apple fans are (im)patiently waiting for the company to revamp the hardware. Until Apple gets around to it, the Apple TV 4K is what’s on offer from the iPhone maker. There’s also the Apple TV HD available for $149 that’s functionally identical, but has an inferior processor and lacks support for 4K and various HDR formats.

This basic black box requires an Apple iTunes account and lets you access the bulk of online streaming services from its aging user interface. It includes the expected set of features for a top-tier streaming box, which means 4K, HDR, and Dolby Vision video, and Dolby Atmos sound. One thing that sets it apart from competing devices is access to Apple’s beloved App Store and its Apple Arcade service. Is that enough to make us recommend the Apple TV 4K? 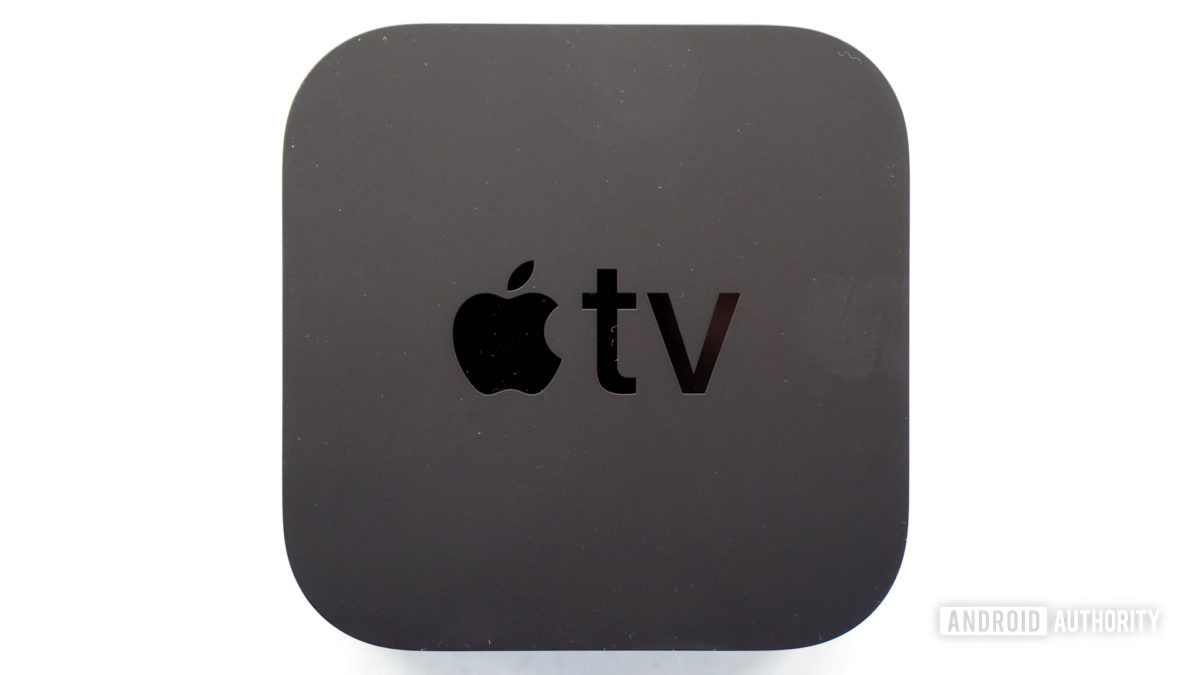 Picture and sound are top-notch. The lone HDMI port connects the Apple TV 4K to your set and delivers the best in picture and sound quality for supported content. I thought the picture was just a bit sharper than what my eyes discerned from the Amazon Fire TV Cube 4K.

Siri works remarkably well. Tapping the mic button on the remote lets you ask Siri to play Raiders of the Lost Ark, or search for Harrison Ford movies, or perform just about any other search you want. Siri may not be all that impressive on iPhones, but in the basic lingo of seeking out TV content, it gets the job done in short order. Further, if there’s one thing Apple knows how to search, it’s video content. 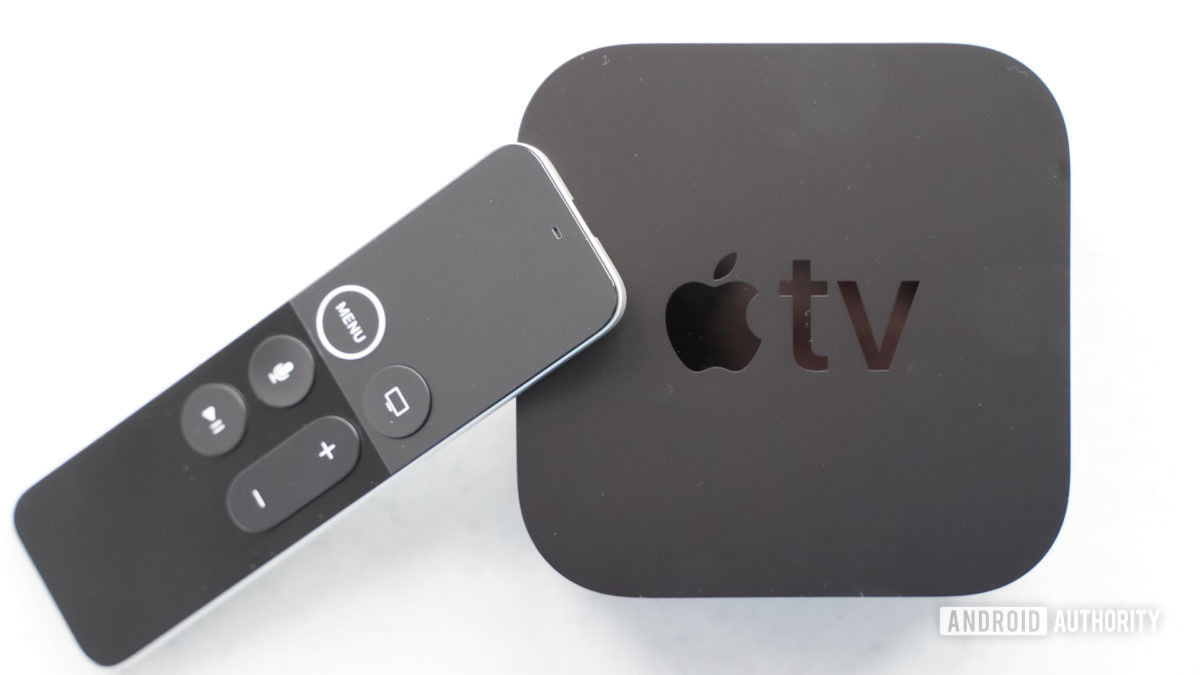 Apple ecosystem integration is best in class. Did you know you can send the audio from the Apple TV 4K to two pairs of Apple AirPods for quiet nighttime watching? Or connect to multiple HomePods for (up to) 7.1 surround sound? Or seamlessly cast 4K HDR videos you’ve captured from your iPhone 12 to the Apple TV? Moreover, your iPhone or iPad can serve as a keyboard when it’s time to punch in those pesky account usernames and passwords. Not every streaming box can do these things. 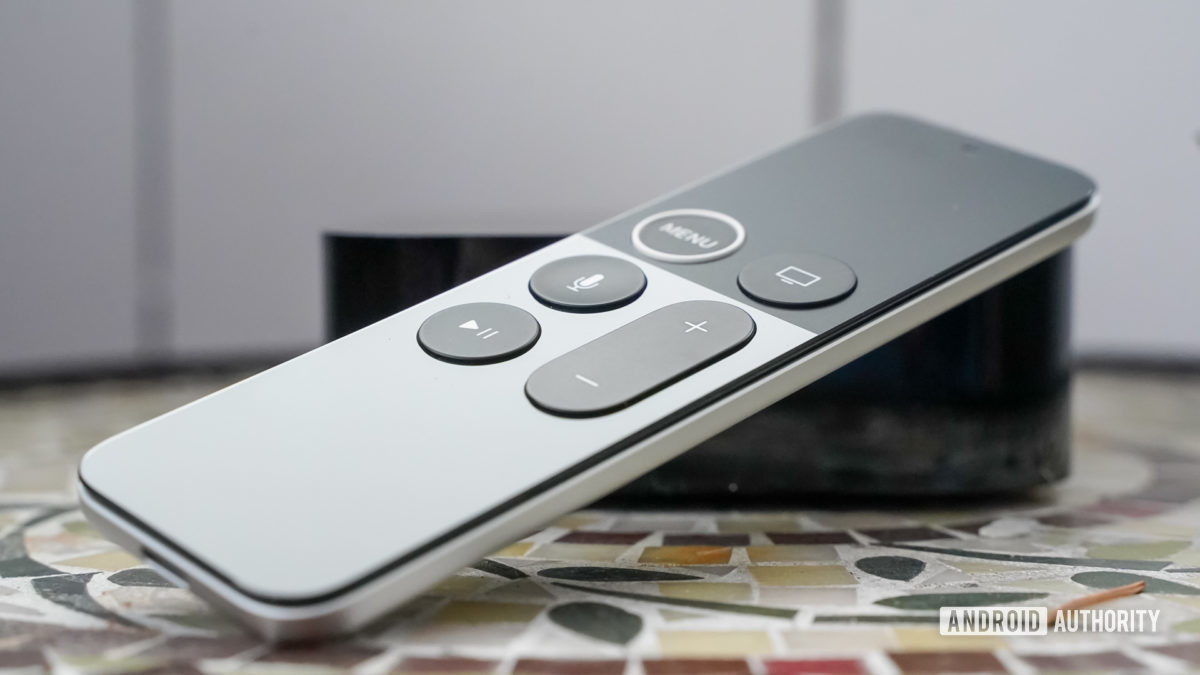 The remote is fussy. It’s one of those things that you either love or hate. I fall into the latter camp. Rather than rely on a traditional directional pad for navigating menus, the Apple TV remote has a trackpad for gestures and more fine-tuned control. The learning curve is steep and it’s easy to overdo it when flicking your thumb back and forth.

The remote is fussy and has a steep learning curve.

HDMI is the only media port you get. Granted, this is what every other streaming box offers, but older versions of the Apple TV used to include optical sound out that you could plug into your home theater receiver. I miss some of those legacy ports. There’s an ethernet port, which I recommend you use if you can, but that’s it. 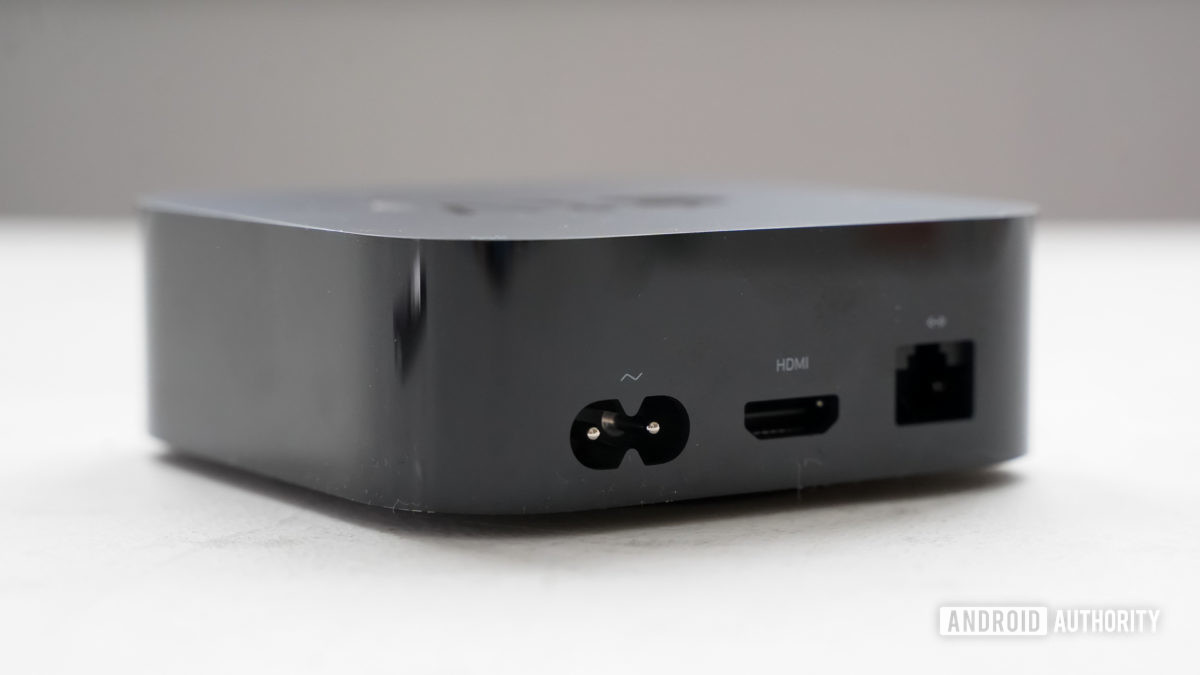 Apple’s tvOS software has been around the block and isn’t everyone’s cup of tea. Granted, none of the streaming boxes in the market offers a truly fantastic experience, but the Apple TV 4K is the only one that’s overpowering. There’s just so much, between iTunes, the Apple TV Plus app, your own apps and games. It can be overwhelming if you just want to watch Netflix. I guess that’s what Siri is for.

Apple TV 4K review: Should I buy it? 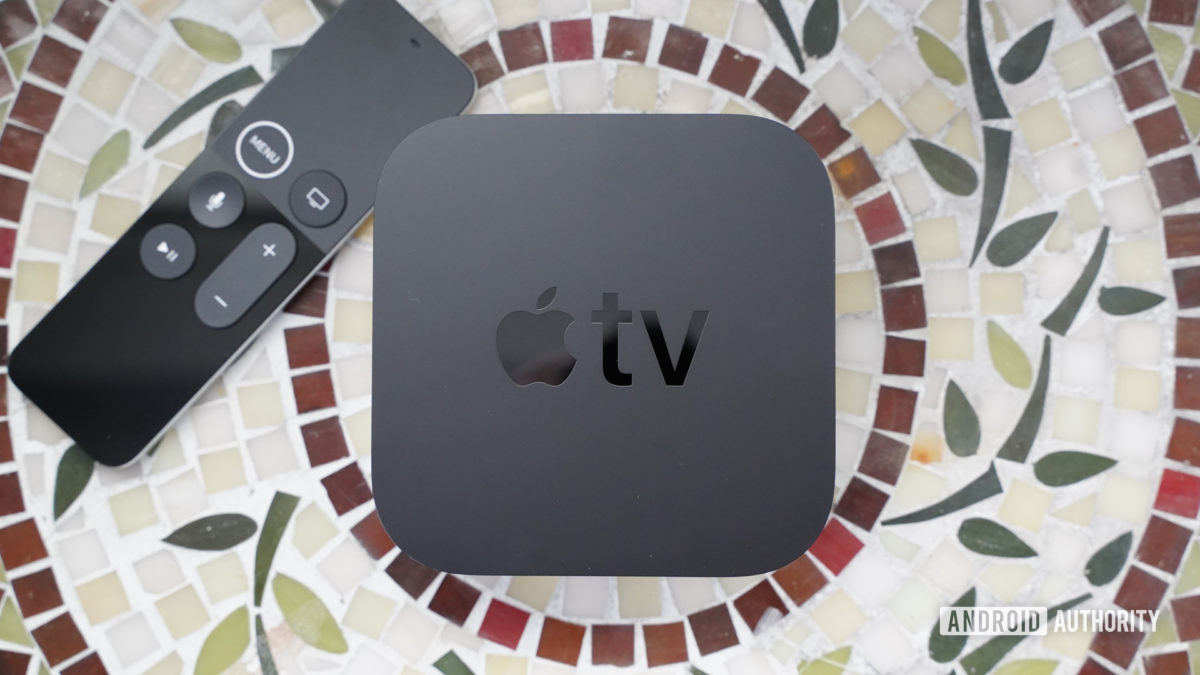 The Apple TV 4K is a tougher sell than other streaming boxes for several reasons. First, the cost. It’s $180 for the 32GB version and $200 for the 64GB version. That’s nearly twice the cost of the Amazon Fire TV Cube, which offers nearly all the same content and basic features. It’s also more expensive than the Nvidia Shield TV — the best Android TV box (or tube, in this case) that money can buy. Furthermore, the Apple TV is four times the cost of your average streaming stick — even sticks that are 4K-enabled.

The Apple TV 4K is a hard sell to anyone outside the Apple ecosystem. For those stuck in it, there are still things to like about this aging media streamer.

Second, the Apple TV 4K is getting older. Released in 2017, surely the device is ready for a refresh in the next 12 months. Third, you can get your Apple TV Plus content on competing streaming devices, including Fire TV, Xbox, PlayStation, and various smart TVs.

The only real benefits of the Apple TV 4K itself are the tie-in with Apple’s existing ecosystem of hardware and the vast array of exclusive apps and games. If that’s what you’re looking for, then the Apple TV 4K is your only choice. Even four years later, it’s still a perfectly good device for existing Apple users, but it’s in dire need of a refresh.

The Apple TV 4K box allows you to stream movies and TV shows from Apple TV Plus and a ton of other streaming video services, plus your iTunes movie and TV library, games and more.