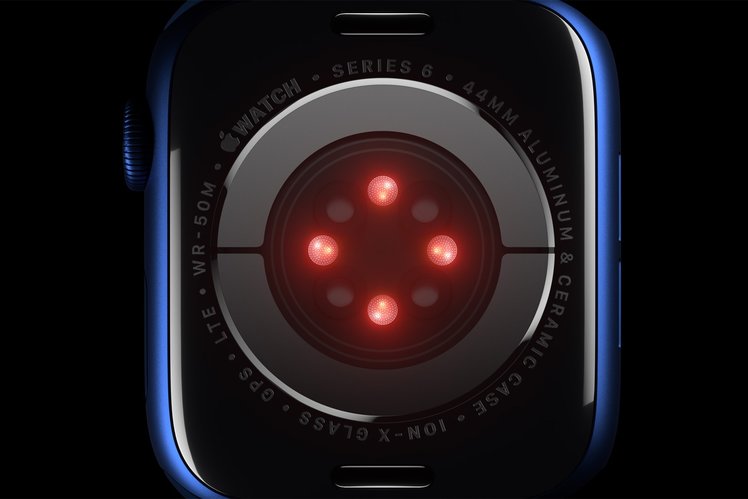 Apple may have arrived a little late to the party, but its latest smartwatch models finally offer SpO2 monitoring.

The blood oxygen monitoring feature has become a mainstay in wearables from Fitbit and Garmin over the past few years, but pulse oximetry didn’t really hit the mainstream until Apple debuted the feature alongside the Series 6 in 2020.

So, you’re probably wondering what exactly your blood oxygen levels are, why they matter and, frankly, how the Apple Watch keeps an eye on them?

Below, we’ll be answering all these questions – including how the new Apple Watch feature could be used with COVID concerns.

If you want details on how to use blood oxygen monitoring on Apple Watch, we also have a dedicated how-to guide.

What is blood oxygen monitoring?

Blood oxygen levels – also known as SpO2 – refer to the percentage of oxygen being carried by red blood cells from the lungs to the rest of the body, as well as how well this oxygenated blood is being delivered.

Using pulse oximetry, which is essentially a simplified way of saying ‘non-invasive oxygen saturation monitoring’, the Apple Watch Series 6 and Series 7 and other wearables are able to notify the user when their blood oxygen percentage falls below a certain point. 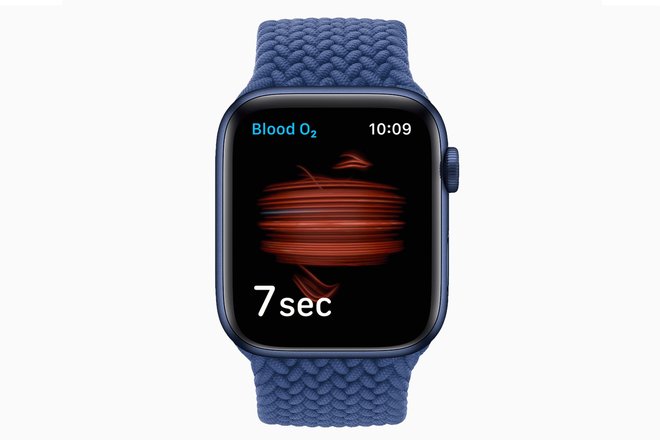 Typically, anything above 95% is considered to be ‘normal’. However, anything below 92% is a potential indicator of an underlying health issue, such as sleep apnea.

Fitbit, for example, uses the SpO2 monitor in its wearables to specifically monitor fluctuations and variations in blood oxygen levels during tracked sleep sessions. However, the Apple Watch checks on SpO2 levels at any time when the user is still – similar to its ECG tracking function – with readings also only taking 15 seconds. Periodic measurements will also be taken in the background during inactivity and sleep.

What else can blood oxygen monitoring help with? Well, as noted by John Hopkins Medicine, pulse oximetry can be used to check whether somebody needs help with their breathing (through a ventilator), estimate whether a person is able to take part in strenuous physical activity and, as we mentioned, indicate whether breathing stops temporarily during sleep (sleep apnea).

How does blood oxygen monitoring work?

What was once a test reserved only for dedicated monitors has now found its way onto smartwatches and fitness trackers – so how does it actually work?

Well, traditionally, SpO2 monitors would consist of a clip-on device that the user would place on a finger or toe. It would then use red and infrared light sensors to log the volume of oxygen passing through the finger, for example, and continuously monitor this for changes.

In the modern sense, of course, this can now be achieved directly from the wrist without any adjustments. Apple, specifically, indicates that it uses four clusters of green, red, infrared LEDs and four photodiodes on the back crystal of the Series 6 in order to measure the light reflected back from the blood.

With pulse oximetry able to be used to check when somebody needs help with their breathing – and, more specifically, silent hypoxia – this naturally begs the question: can the Apple Watch be used to help those with COVID?

It has been speculated, such as in this piece by The New York Times from April 2020, that pulse oximetry is able to provide an “early warning system for the kinds of breathing problems associated with Covid pneumonia”.

With both blood oxygen fluctuations and heart rate readings able to be taken on-demand with a device like the Apple Watch, this does, at the very least, suggest vital signs can be checked directly from your smartwatch.

NHS England, interestingly, has also made at-home pulse oximetry part of its support for people at home who have been diagnosed with coronavirus and are at risk of becoming increasingly unwell (albeit from a more accurate, medical-grade finger sensor).

With both of these examples in mind, then, we’d say that the Apple Watch probably has potential as a reference point both in the pre and post-diagnosis of COVID, but it isn’t a replacement for certified tests or, indeed, medical advice.