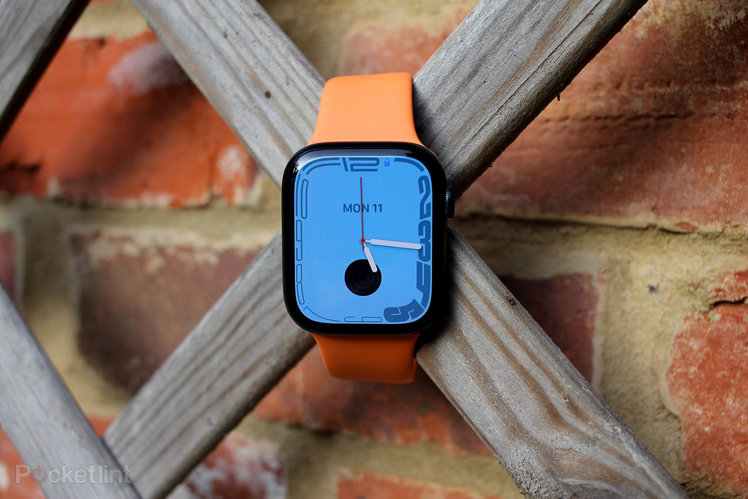 Apple is expected to announce its next smartwatch very soon in the form of the Apple Watch Series 8, but there have been a number of reports to say the company is also working on a new Watch SE, as well as an extreme sports or high-end model.

It’s not yet known what the extreme sports version or high-end model of the Apple Watch might be called, but Apple Watch Pro has been thrown around, along with Apple Watch Explorer Edition and a few others.

For now, we’re going to go with Apple Watch Pro for the sake of this feature, so here is everything we know so far about the rugged, or explorer premium Apple Watch.

What will the rugged Apple Watch be called?

There’s currently no official confirmation a rugged or premium Apple Watch will even be launching, let alone a confirmation of what it might be called, but we can always speculate.

Apple Watch Pro was suggested by Bloomberg’s Mark Gurman, which we think is a pretty solid suggestion. The Apple Watch is basically the only Apple product that hasn’t had the “Pro” treatment yet, with the iPhone, iPad, Mac and AirPods all offering a Pro model.

In terms of price, the rugged Apple Watch model is expected to be more expensive than the standard Watch Series 8. With that model likely to start at £369/$399, we’d expect the Pro model to cost upwards of the Series 8 stainless steel models, which will likely start around £599/$699, like the Series 7. They could of course be more, which would then see the Pro model price top that.

The iPhone Pro starts at $300 more than the standard model, which could see a Pro Apple Watch model see the £900/$999 mark. This is just guesswork for now though.

The rugged Apple Watch model is said to feature a tougher metal casing than aluminium – possibly titanium – and could have a rugged case. Rumours have said it will have a more “durable formulation of titanium to make it extra rugged”.

It’s also claimed the Apple Watch Pro will offer a larger display than the Apple Watch Series 8, with claims of a 1.99-inch or 2-inch screen and a resolution of 410 x 502 pixels. Rumours suggest it will be more shatter-resistant than current models too. It’s said it will be 7 per cent larger than the standard model.

The Apple Watch Pro is also rumoured to be coming with a “fresh look”. It is said it will come with an “evolution of the current rectangular shape, and not circular”. It also won’t have flat sides it’s claimed and it is said to be quite a bit larger, meaning it might not appeal to everyone.

Some CAD images suggest it will continue to offer the Digital Crown on the right with a side button, but there are reports that it will have another programmable button on the left.

It’s been rumoured that the more rugged Apple Watch will come with all the same features expected on the Apple Watch Series 8, which is said to include a body temperature sensor, and the Pro model is also said to have more advanced swim and hiking tracking.

There are a few additional features coming with watchOS 9 that will naturally come to the Apple Watch Pro too, including more advanced sleep tracking.

You’ll also no doubt find everything the Apple Watch series 7 offers too, like heart rate tracking, SpO2 monitoring, a multitude of sports tracking and of course smartphone notifications.

There is said to be a larger battery in the rugged Apple Watch model though, which you would expect, especially if it’s going to be pitched at extreme sports. A low battery mode has also been reported.

Otherwise, we’re expecting the same sensors as the Watch Series 7, along with potentially a body temperature sensor as reports have claimed.

Here’s everything we have heard about the rugged Apple Watch so far.

91Mobiles published some CAD renders of what is claimed to be the Apple Watch Pro, featuring an exyra button on the left edge, said to be programmable.

Gurman mentioned a number of details surrounding the Watch Pro in his Power On newsletter.

Apple has sent invitations to media for the launch event on 7 September.

Mark Gurman has reported that a reliable source has said the iPhone 14 will launch on 7 September, which is when the Apple Watch models are also expected.

Mark Gurman reported a number of extra details about the design expected for the high-end Apple Watch Pro model.

Mark Gurman of Bloomberg has the rugged Apple Watch could be called Appel Watch Pro and it will differentiate itself with a larger and more shatter-resistant screen, tougher body with a rugged case that isn’t aluminium and longer battery life. He also says it will feature enhanced swim tracking and hiking.

Mark Gurman of Bloomberg reported some more details about the rugged Apple Watch, claiming it would have a bigger display, tougher case and larger battery.

Mark Gurman of Bloomberg reported that the Apple Watch Series 8 is tipped to be joined by a new SE model, plus a rugged edition aimed at extreme sports fans.

A report from Bloomberg indicates discussions regarding a sports-focused Apple Watch have taken place – and point to a launch in 2021 or 2022.