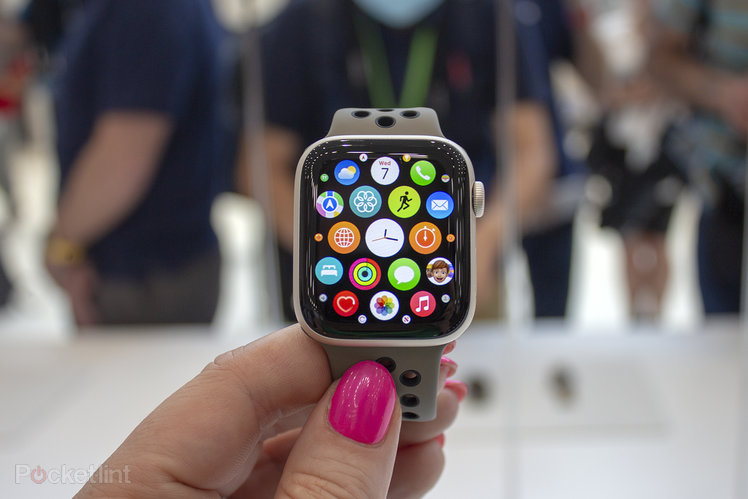 Apple has three new Watch models that cover all bases when it comes to budgets and features. The Apple Watch Ultra is the most expensive model and sits at the top of the portfolio, while the Watch Series 8 sits in the middle.

At the bottom – and the cheaper end of the scale – is the Watch SE (2022). It’s the successor to the original – and excellent – Watch SE that launched in 2020, offering an option for those that maybe don’t need all the features of the Series 8.

Is the Watch SE the Apple Watch to buy? Here are our first impressions.

The second generation of the Apple Watch SE offers an almost identical design to its predecessor and the Watch Series 6, but that’s probably not hugely surprising given the Series 8 remains the same as the Watch Series 7.

The Watch SE therefore has the same rectangular casing with rounded corners and curved edges we’ve seen on the Apple Watch since its arrival in 2015, with the Watch Ultra the only exception. The Watch SE is water resistant to 50-metres and it features a Digital Crown with Haptic Touch and a button below on the right edge. Unlike the Watch Series 8, the Watch SE doesn’t offer an electrical heart rate sensor within the Digital Crown. 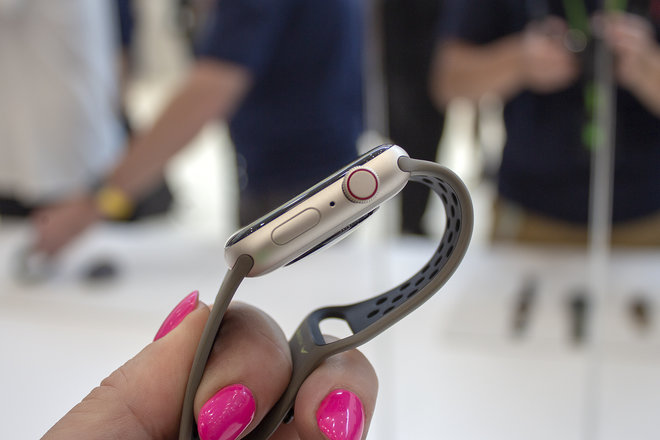 On the underside of the aluminium casing – the Watch SE is only available in aluminium with no stainless steel options – there is the optical heart rate sensor, as well as the buttons for switching out the Watch straps. The underside of the casing has been redesigned for the Watch SE this year though, with new production processes to reduce carbon emissions and it now colour matches the rest of the casing, which looks great in the flesh.

As with the Series 8, all previous Watch straps remain compatible on the Watch SE and they sit flush within the casing so there are no lugs, as you see on other smartwatches like the Samsung Galaxy Watch 5. It’s neat and tidy, though this has always resulted in the Apple Watch looking less like a traditional watch than some other options. 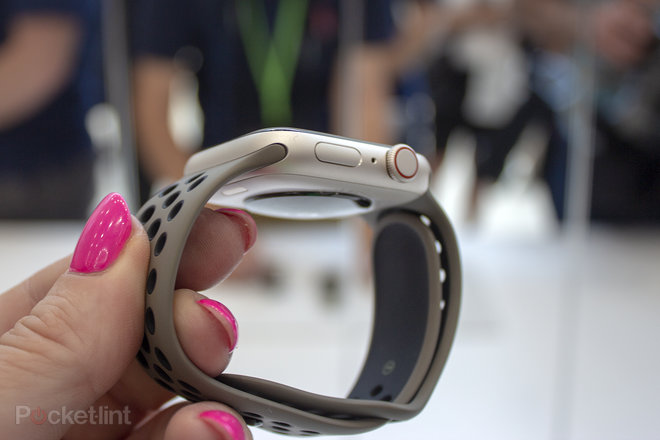 The aluminium casing means the Watch SE is lightweight and comfortable to wear with a slim profile. Size options are 40mm and 44mm, which are the equivalent of the 41mm and 45mm sizes found on the Watch Series 8. As the screen isn’t stretching as far into the edges with the SE model as with the Series 8, there’s no need for the extra millimetre in the case.

There are new colours too, with Starlight and Midnight replacing Gold and Space Grey and you’ll also find a Silver model.

The Apple Watch SE’s display might not be as close to the edge as the Watch Series 8 – and Series 7 for that matter – but there’s still 30 per cent more screen here than the Series 3 so as a replacement for the entry-level Apple Watch, it’s a decent upgrade. 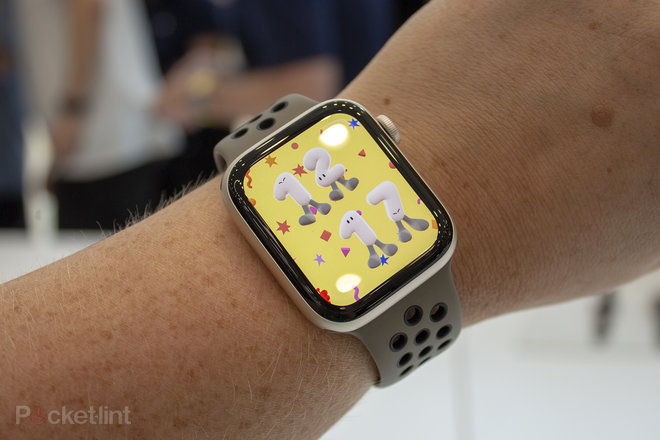 The border around the SE’s display is 3mm compared to 1.7mm on the Series 8, but you likely wouldn’t notice that unless you had the two models side-by-side. The difference between the Watch Series 3 and Watch SE is immediately noticeable though so for anyone upgrading, you’d spot the difference.

As well as being the same display as the original SE in terms of real estate, the next generation Watch SE sticks with the same Retina LTPO OLED screen as its predecessor, as well as the same resolutions. The 44mm model has a 368 x 448 pixel display, while the 40mm has a 324 x 394 pixel display. 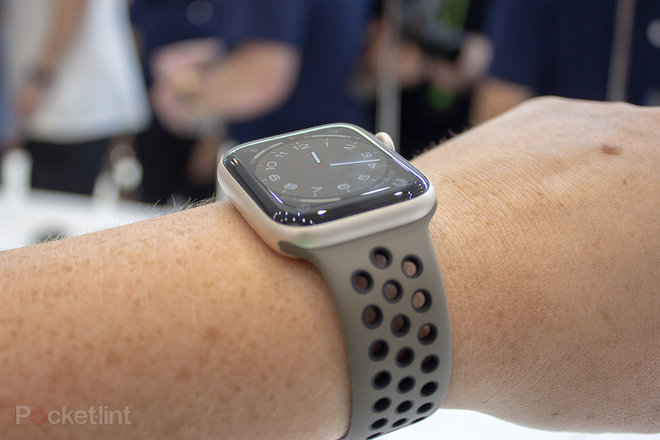 Sadly, that means the 2022 Watch SE doesn’t bring switch to an Always-On Retina display though – something the older model also missed out on. The Always-On display allows you to see certain bits of information all the time, like the time or Activity Rings, rather than having a black screen when the display is off. It’s not a necessary feature and you can live without it, but it would have been nice to see it this entry-level device.

We of course couldn’t test the Watch SE’s display properly during our brief amount of time with it, but as we are looking at the same display as the original Watch SE, we’re expecting it to perform well. Colours appeared punchy and there was ample brightness, but we will test it properly when we review it in full.

In terms of performance, the Apple Watch SE (2022) has the same chip as the Watch Series 8. That’s the dual-core S8 chip and it’s the same processor that was in the Series 6 and Series 7. The older Watch SE has the dual-core S5 chipset under its hood, so the new generation should offer a decent boost – 20 per cent according to Apple. It’s also the only new Apple Watch to see a processor upgrade. 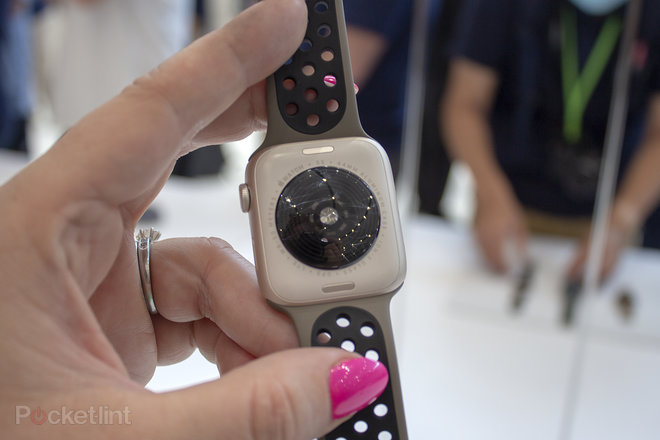 Like the Watch Series 8, there’s 32GB of storage on board and the Watch SE comes in GPS only and GPS and Cellular models – the latter allowing you to use your Watch independently of your Watch. There’s International Roaming available on the cellular models too, as there is with the Series 8, but the Watch SE misses out on the body temperature sensor and SpO2 sensor.

A second-generation optical heart-rate sensor is on board the Watch SE though, while other hardware includes built-in GPS, a Compass, always-on altimeter, upgraded accelerometer, gyroscope and an ambient light sensor.

The upgraded accelerometer – which can recognise up to 256 g-forces compared ro 32 g-forces – enables the Watch SE to offer the Crash Detection feature found on the Series 8 and Watch Ultra. The feature uses the accelerometer, barometer, GPS and microphone to help detect if you have been involved in a car crash. You can read all about what it does in our separate feature, but hopefully it’s never something you will need. 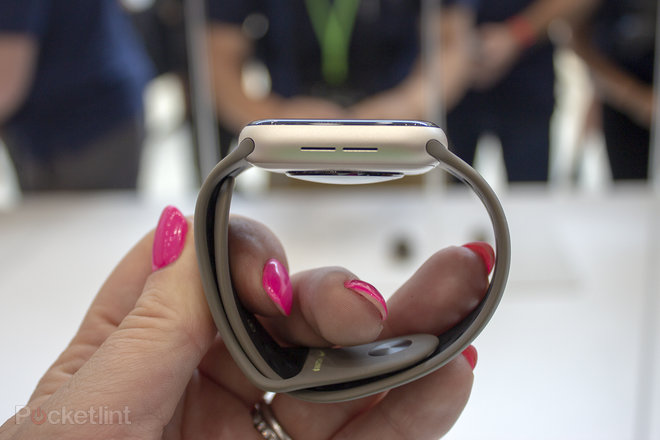 The battery remains at up to 18 hours, so there’s no improvement here in terms of hours compared to the original Watch SE and there is no fast charging either like the Watch Series 8.

Of course, we weren’t able to test the battery or the general performance of the Watch SE during our hands on, but we will put it through its paces during our review.

The Apple Watch SE runs on watchOS 9 – the latest software build which the Apple Watch Series 3 isn’t compatible with. It brings with it a host of features, including more advanced sleep tracking, improvements to the Workout and Health apps, and plenty more. 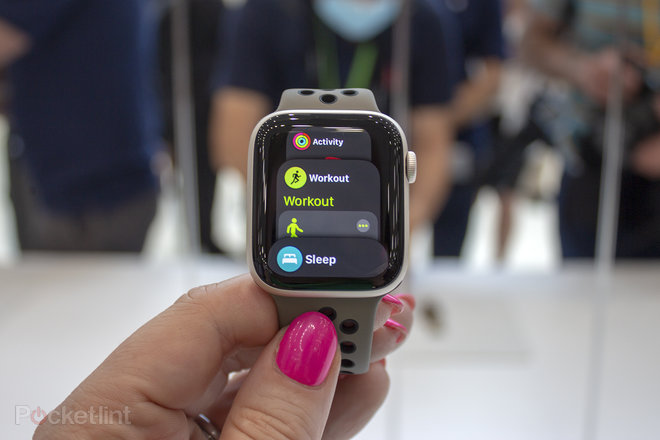 You can read all about watchOS 9 in our separate feature. It’s worth remembering the software isn’t exclusive to the Watch SE, Watch Series 8 or Watch Ultra, so most features will be available on the Watch Series 4 and later.

As the Watch SE doesn’t have the skin temperature sensor, SpO2 sensor or electrical heart rate sensor, you won’t get those features like you will on the Watch Series 8 and Watch Ultra, but overall, the user experience will be very similar across the different models. The Watch Ultra has some extra things but it’s still the same interface overall. 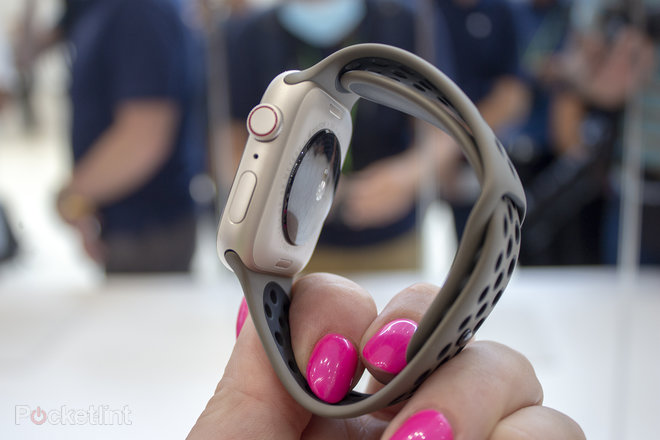 There’s also multi-sport tracking, including running, swimming and cycling, among plenty more and the Apple Watch App Store has a number of great apps too, plus there’s the Car Crash feature and International Roaming features we menitoned. It’s therefore fair to say that while the Watch SE doesn’t have everything, it has most features you’ll need.