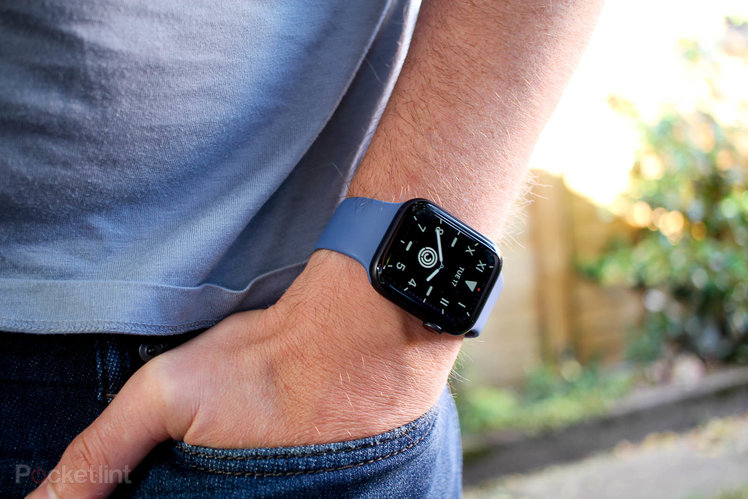 Apple’s next smartwatch won’t appear for another few months, likely alongside the iPhone 12 range, but there are still numerous rumours circulating about what we can expect.

Here’s everything we’ve heard so far about the Apple Watch Series 6, coupled with what watch OS 7 is confirmed to bring with it.

What will the next Apple Watch be called?

Unlike the iPhone, Apple didn’t mess around with the Watch naming structure. Since the original was followed by the Apple Watch Series 1, the company has followed with sequential numbers every year.

The new watch will be running Apple’s watchOS 7, which was previewed during Apple’s virtual developer conference on 22 June.

Apple typically holds its iPhone launch event in September of every year and the next iteration of the Watch is normally announced at the same time.

That said, Apple has confirmed the iPhone will be delayed by a “few weeks” so we expect the Watch Series 6 to also be delayed, likely going on sale in October instead.

We were previously predicting the iPhone and Apple Watch event would take place on 8 September 2020, though now we expect the event to take place late September, early October.

The Apple Watch Series 4 made some big design changes in terms of display and the Series 5 adopts the same design. The general style and shape remain the same as the original Watch, but the Series 4 and 5 offer a lot more screen in similar footprints.

We’re therefore expecting some bigger design changes for the Apple Watch Series 6 given the Series 5 only offered some small updates including an Always On Display and a built-in compass. The Apple Watch has had the same form factor since it was first introduced so we would be surprised to see this change dramatically but you never know.

We also expect more health and fitness features, perhaps taking on the likes of Garmin with more running functions like cadence tracking for example. Garmin also do a great job of enabling users to share their runs or activity so we wouldn’t be surprised to see Apple take a leaf out of this book. One rumour that keeps re-emerging is the ability to check your blood oxygen levels, but this would need some new hardware, which the Series 6 is rumoured to be coming with.

We’d like to see battery improvements to match other smartwatches in the market, like the Samsung Galaxy Watch and we’d also like to see sleep tracking on the Series 6, as well as roaming capabilities. Apple revealed sleep tracking as part of watch OS 7, so we know it’s coming in some form but it doesn’t look like it will be as detailed as some other devices on the market.

It would also be great to see the Apple Watch unlock more. Rather than just being able to unlock your Mac, perhaps it could act as your office key card too, for example.

Other possibilities could include things like smart straps, third party support for watch faces, a camera and Face ID, though we suspect the latter two are wishful thinking rather than plausible additions, mainly due to lack of space for the sensors.

Apple announced watch OS 7 during WWDC on 22 June, revealing several features that will come to older Apple Watches as well as the new one. You can read more about watch OS 7 in our separate feature, but here is a breakdown of the top new features it will bring with it.

Here are all the rumours and news so far, surrounding the Apple Watch Series 6.

MySmartPrice reported that a number of Apple batteries were spotted on several certification websites, including UL Demco with the model number A2327.

The site suggests this model number could be included in one variant of the Apple Watch Series 6, featuring a capacity of 303.8mAh, which would be larger than the Watch Series 5.

Chinese outlet Digitimes reported that its sources have claimed the Apple Watch Series 6 will come with a blood oxygen sensor on board.

31 July 2020: Apple admits the next iPhone won’t launch this September

Apple confirmed in its third-quarter earnings call that it would launch the next Phone series a bit later this year.

Apple revealed several of the details that would be appearing as part of the watch OS 7 software update that will arrive e later this year, including sleep tracking.

A tweet has appeared from YouTuber @NikiasMolina claiming to reveal some of the features coming to the Apple Watch Series 6. The tweet suggests we will see a blood oxygen sensor, along with sleep tracking and a longer battery life.

It also suggests the S6 chip and the ability to detect mental health abnormalities, which we are very skeptical about.

16 April 2020: Could a future Apple watch detect if you’ve fallen into a river?

As we’ve seen from the introduction of heart monitoring features, Apple is keen to make Apple Watch into a device that promotes life.

According to an Apple patent, a future device could detect the type of water its in and therefore assess if you’ve fallen into a river or the sea and then assess your situation. For example, if your watch’s GPS assesses you’re in deep water it could be set to alert authorities.

Blood oxygen monitoring would require new hardware, but it’s possible this could be coming in the Series 6. Sleep tracking brings in a little problem though because most people charge their Apple Watch overnight.

We think the feature would have to coincide with enhanced battery life for the watch since the opportunities to charge it would be fewer.

Leaked iOS 14 code revealed some watchOS 7 features that will, of course, come to the Apple Watch 6. There will be a sleep goal in the Apple Health app on an iPhone and a Sleep app for the Watch.

There will also be a new watchface called Infograph Pro with a tachymeter feature plus there will also be a Photos watch face, too. Parents may also be able to manage kids’ Apple Watches as well and there was also hints of a blood oxygen detection feature, spotted by 9to5Mac.

One of the most distinctive things about the Apple Watch is the Digital Crown. Now it could be getting some new features to make it touch or light-sensitive. Certainly Apple would intend for the crown to become more sensitive through these methods, not less. Again, these have been spotted thanks to a patent release.

“The crown may include a light-directing feature configured to direct, onto the image-sensing element, an image of an object in contact with the imaging surface” says the filing. The crown could potentially detect the motion of your finger as you rotate or touch the crown.

Apple Insider suggests this could mean that the Digital Crown has less physical bulk, therefore, making room within the watch for other components.

30 January 2020: Digital Crown set to be replaced with an optical reader?

A patent spotted by Patently Apple shows the Apple Watch Digital Crown being replaced by an optical fingerprint reader instead which could then recognise gestures, such as if you were to rotate the virtual crown.

At present we think it’s unlikely that Apple would remove the Digital Crown because it’s one of the most distinctive features of the timepiece. But this could happen in a future version of the Apple Watch rather than being for this year, of course.

While we’re seeing a lot of phones with under-display fingerprint readers now, this move would require quite a step-up in technology because of the diminutive size of the watch.

Twitter user Daniel Marcinkowski spotted the yet-to-be-released Sleep app for the Apple Watch mentioned in an App Store listing. The reference popped up for Apple’s pre-installed Alarms app on the Apple Watch.

Marcinkowski shared a screenshot showing an unreleased version of the Alarms app labeled with “Sleep” and a recommendation to “Set your Bedtime and wake up in the Sleep app”. It’s not clear if this feature might appear before the Series 6, but we’d be surprised if it didn’t come to the 2020 model. 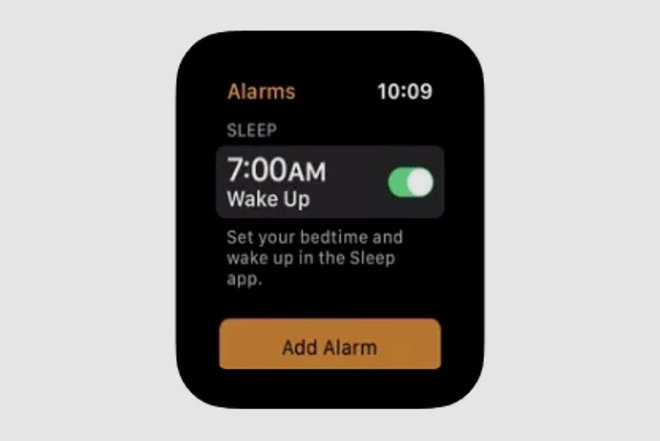 Analyst Ming-Chi Kuo has claimed Apple will introduce an ultrasonic in-display fingerprint sensor into the 2021 iPhone, but he also said the technology could be used in a new Apple Watch too.

Currently, the Apple Watch has no biometric security but an in-display fingerprint sensor would allow it to offer some, without changing the design.

Bloomberg reported that Apple was testing sleep tracking technology for its Apple Watch. Though some thought it would arrive on the Series 5, Bloomberg always said it wasn’t expected to arrive until 2020 on the Series 6.

The Fast Company reported that Apple has hired numerous clinicians and engineers to work on health features for the Apple Watch, which are said to include blood pressure, blood glucose or diabetes management and sleep tracking or science. Given these didn’t appear on the Series 5, perhaps they are destined for the Series 6?

8 May 2018: Patent for round Apple Watch approved

A patent for circular screen technology was approved, after being originally filed in January 2016. The filing mentioned wrist wear, leading some to assume a circular Apple Watch was coming.