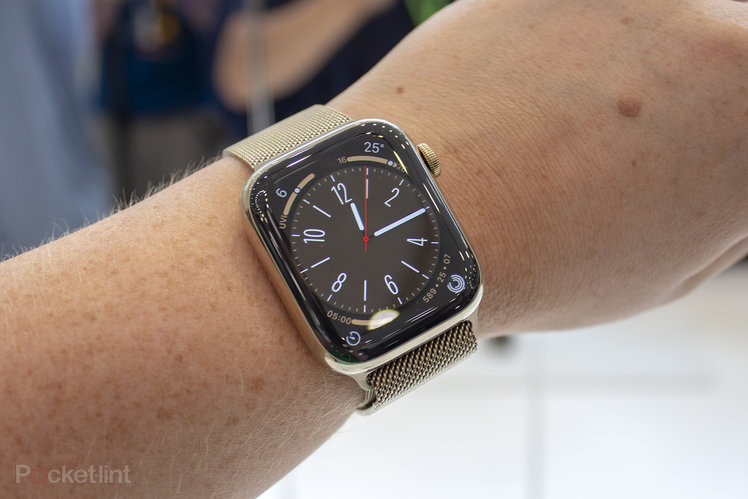 The Apple Watch Series 8 was announced alongside the next generation of the Watch SE and the rugged Apple Watch Ultra. With the Ultra model stealing the limelight for being the new and shiny toy, the Series 8 sat humbly in the background.

Offering a similar design to its predecessor, along with the same chipset, the Apple Watch Series 8 has played it safe this year, like the iPhone 14 has compared to the iPhone 14 Pro.

But does that mean it’s a model to skip over? Or is the Apple Watch Series 8 a great upgrade for those on older Apple Watch models, and the perfect start for those looking to take the leap into Apple’s smartwatch ecosystem? Here are our first impressions. 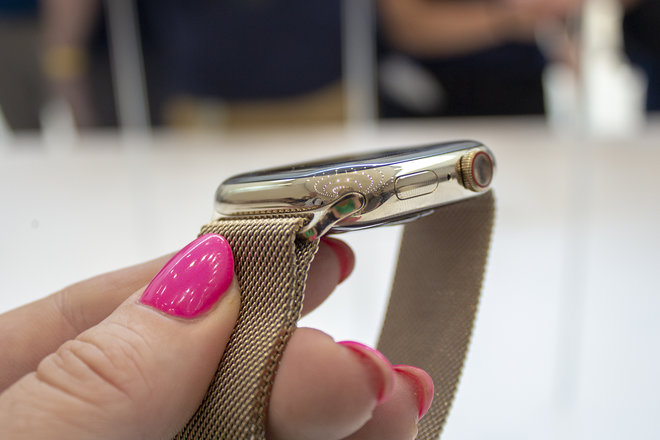 If it ain’t broke, don’t fix it right? The Apple Watch design has been pretty much the same since the first model launched in 2015. There’s a rectangular face with rounded corners and curved edges, offering a soft and approachable design with no harsh angles. Would we have liked to see flat edges like the rest of Apple’s most recent products? Sure, but mainly for a little change.

The Apple Watch design works well as it is so it’s no huge surprise it has not changed again. Like the Series 7, the Series 8 was comfortable when we put it on our wrist, and lightweight enough that it doesn’t cause too much distraction. 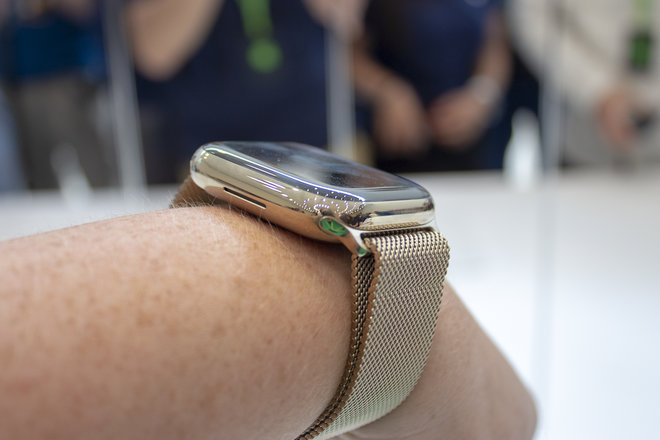 The Digital Crown with an electrical heart rate sensor is positioned at the top of the right edge with a button beneath, while a speaker sits on the left edge. There’s no extra Action button on the Watch Series 8 like there is on the Watch Ultra. On the underside of the casing is an optical heart rate sensor, along with several other sensors and the buttons for detaching the Watch straps.

As with all previous Apple Watch models, previous Watch straps remain compatible, which we always love to hear. The Apple Watch straps are by no means cheap, especially when you consider the stainless steel or leather options so it’s good to know your favourite strap can remain useable. 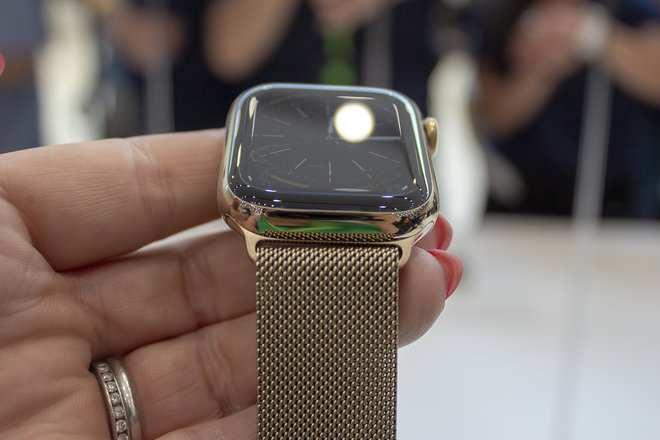 There are aluminium and stainless steel models again for the Series 8 – both of which are IP6X dust resistant, as well as offering 41mm and 45mm casing options. There are also a number of new colours, coupled with Hermès and Nike models.

On the top of the Apple Watch Series 8 casing is the display, which like the Series 7, pushes into the edges, maximising the space available. The Series 7 expanded the Series 6 display by an extra 20 per cent, but the Series 8 doesn’t add any extra on top of that expansion. 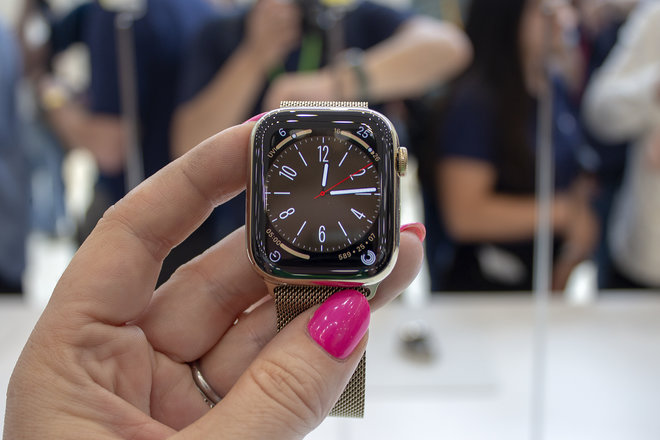 It’s a punchy display with vibrant colours and black blacks, and there’s decent brightness too at 1000nits. We’ve not struggled to see the Series 7’s display in bright conditions and we expect the same will be the case for the Watch Series 8, though we will need to test it properly to be sure.

Like the Series 7, the Series 8 also has an Always-on Retina display, differentiating it from the Apple Watch SE. It means you can always see important information, like the time and your Activity Rings for example, in a simplified format. It’s not an essential feature – more of a nice to have – but it’s good if you don’t want a black rectangle on your wrist when you aren’t using your Apple Watch.

The Apple Watch Series 8 runs on the dual-core S8 chip with 64-bit architecture. It looks like this will offer the same performance as the Series 7, which is the same as the Series 6, so there’s not been an upgrade on this front for a couple of years now. Is that a problem? Well, no not really. The Series 7 has no issues with performance in our experience, though a little performance boost never goes a miss. 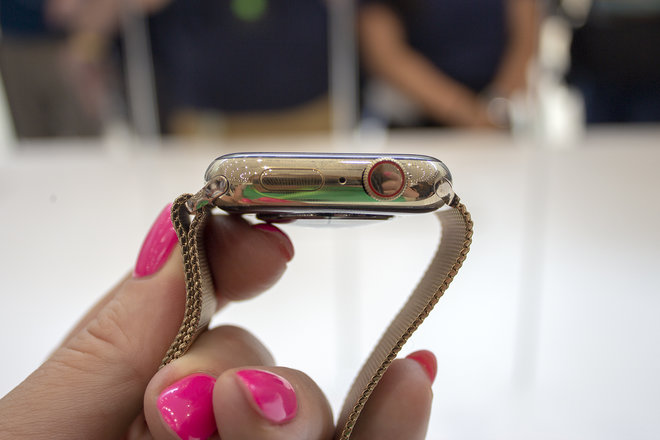 There’s also an SpO2 sensor, gyroscope, altimeter and accelerometer on board, as well as a compass and built-in GPS. The accelerometer has been upgraded to recognise up to 256 g-forces compared to 32 g-forces, allowing it to detect if you were in a car crash – more on that in a minute. 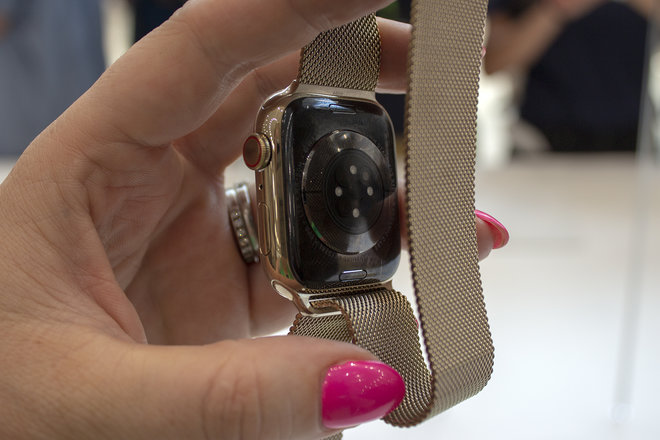 The Series 8 also adds a body temperature sensor to its list of attributes. This will be used for helping detect ovulation in women, rather than being able to detect a fever for example.

In terms of battery, there’s the same 18-hour promise as there was with the Series 7. It’s lower than competitors, some of which have between three and four days, and it means you’ll have to charge the Watch Series 8 every night, especially the 41mm model. There is fast charge support though so you won’t have to wait quite as long as you did with the Series 6. 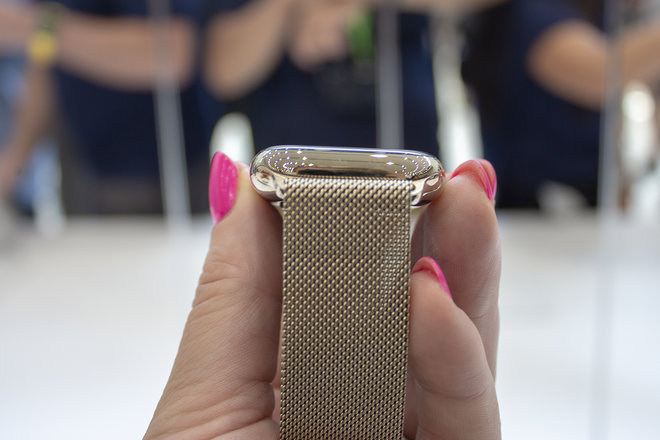 We couldn’t test the performance or battery of the Apple Watch Series 8 during our time with it, though we will be sure to do so when we come to review it in full.

When it comes to features, the Apple Watch Series 8 packs them in, like its predecessors do. There are some extra features with watchOS 9 – which you can read all about in our separate feature – like more advanced sleep tracking, improvements to the Workout app and changes to the Health app. 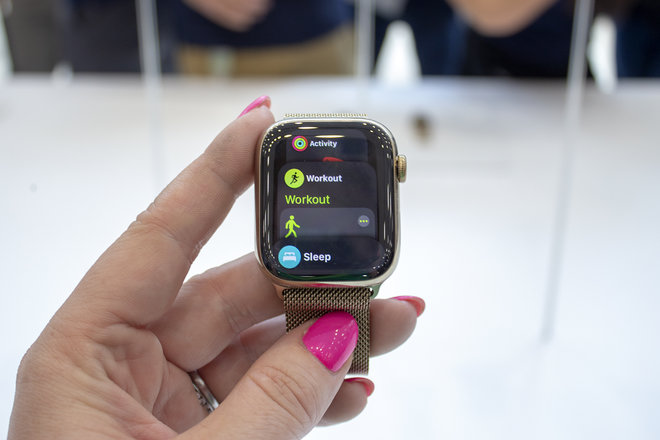 The software build is available on all Apple Watches from the Series 4 and later, but some features, like the body temperature readings are exclusive to the Watch Series 8 and Watch Ultra models.

There are also some other features that will be hardware dependant, like the Car Crash Detection feature that uses the accelerometer, barometer, GPS and the microphone to detect if you have been in a car crash. The Watch Series 8 will call the emergency services if it detects this, as well as send your location and it will alert your emergency contacts too.

The Watch Series 8 has Fall detection on board, noise monitoring, Emergency SOS and International emergency calling, as well as high and low heart rate notifications and irregular heart rhythm notifications. There is also International roaming on board the LTE models. 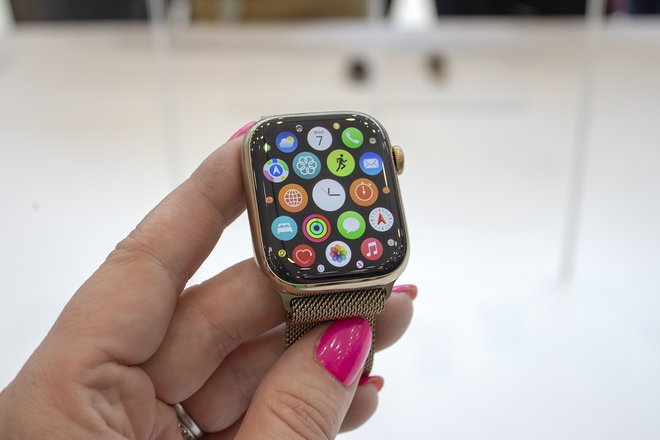 Additionally, the Watch Series 8 offers the ability to track multiple sports like running, cycling and swimming, among plenty more, receive smartphone notifications and actually do something with them, perform an ECG and track blood oxygen, and there’s the Apple Watch App Store too with thousands of apps.