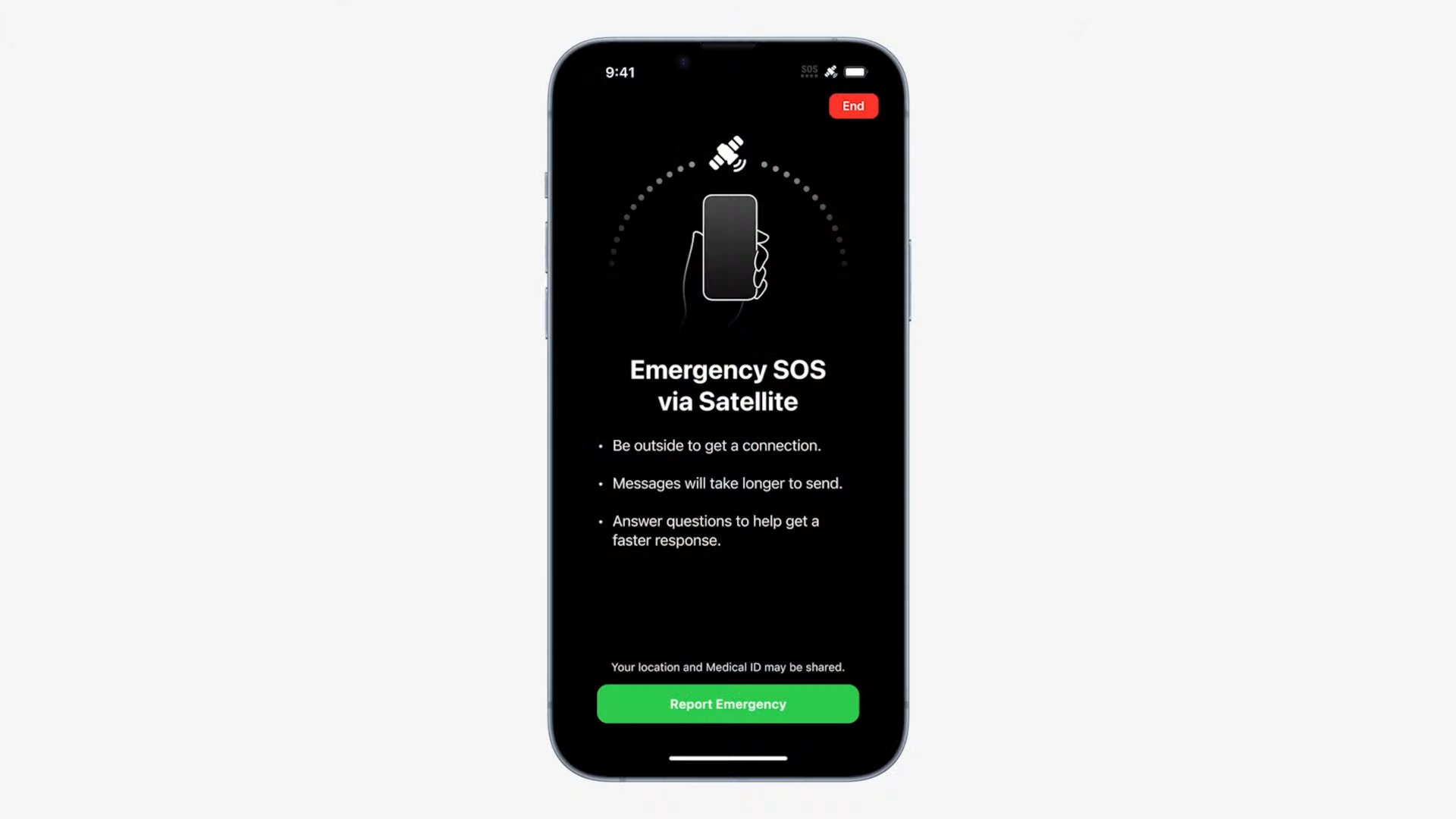 With the iPhone 14 series, you can now contact emergency services from virtually anywhere – even in the absence of any cellular signal. This is thanks to a new feature called Emergency SOS via satellite. As the name suggests, it uses special antennas to communicate with satellites in space instead of cell towers on the ground. Here’s everything you need to know about the feature and how it works.

How does Emergency SOS via satellite work? 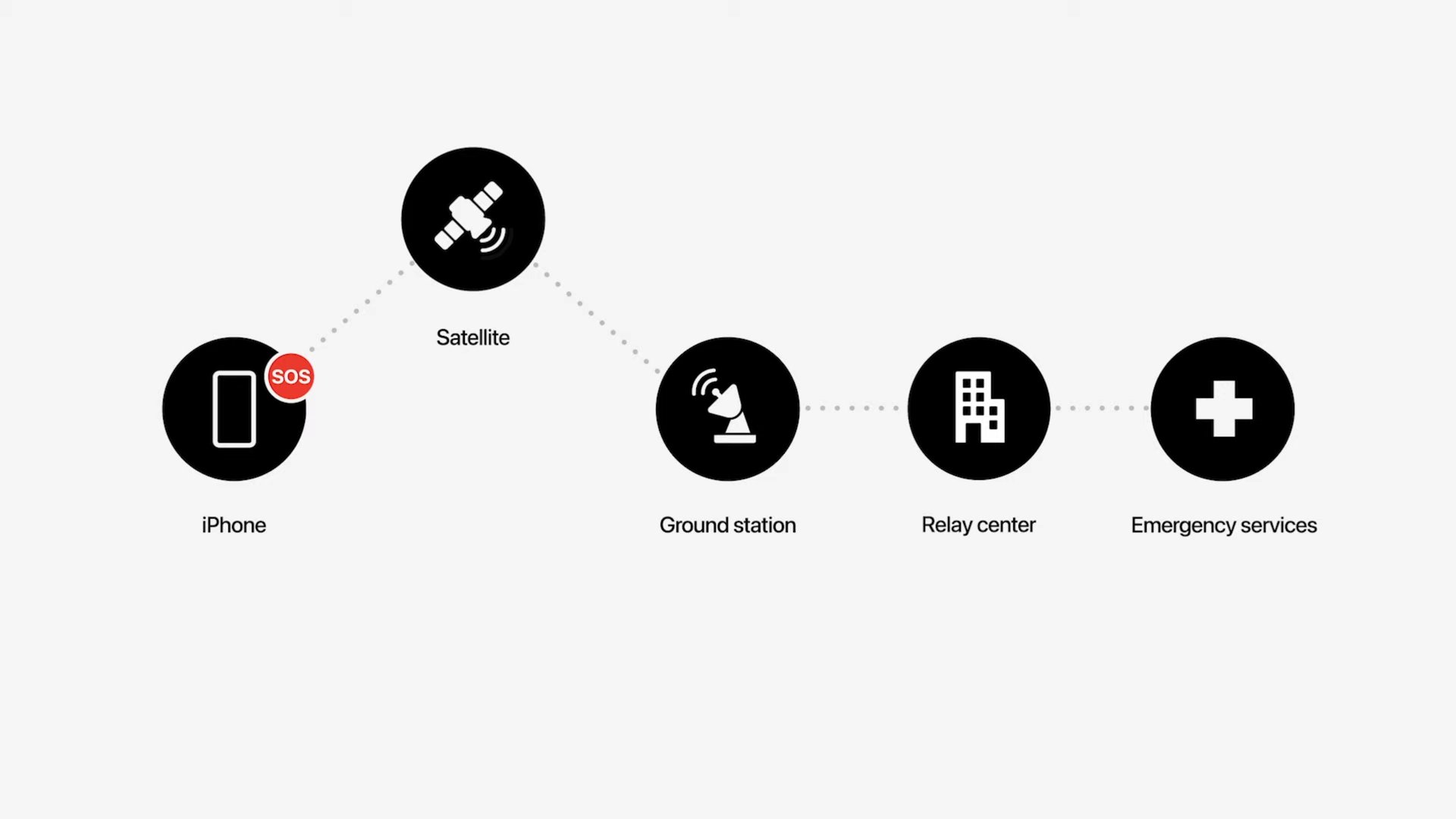 T-Mobile recently announced its own phone-to-satellite connectivity option that works with almost any phone, but Apple takes a different approach. The iPhone 14 series ships with special hardware capable of communicating with satellites in the sky. Apple has partnered with Globalstar, which has a constellation of 48 low-orbit satellites in space.

While these satellites likely already cover much of the earth’s population, the feature will initially only be available in the US and Canada. This could be because of regulatory restrictions in other parts of the world. Even in North America, though, Apple has cautioned that the feature will only work up to a certain latitude. In other words, you may not be able to use it in northern Canadian provinces and Alaska.

Apple’s emergency SOS via satellite feature relies on a new antenna system included with the iPhone 14.

Because of their height, satellites can cover a larger area than your typical ground cell tower. However, this comes at the cost of signal strength, speed, and latency.

Apple says that it had to develop a unique compression algorithm for Emergency SOS via satellite, which shrinks text messages to a third of their original size. Even then, it can take several seconds for a message to go through. With overhead obstructions, that can rise to a minute or longer. This means that you cannot use Emergency SOS underground, indoors, or anywhere you can’t see the sky. 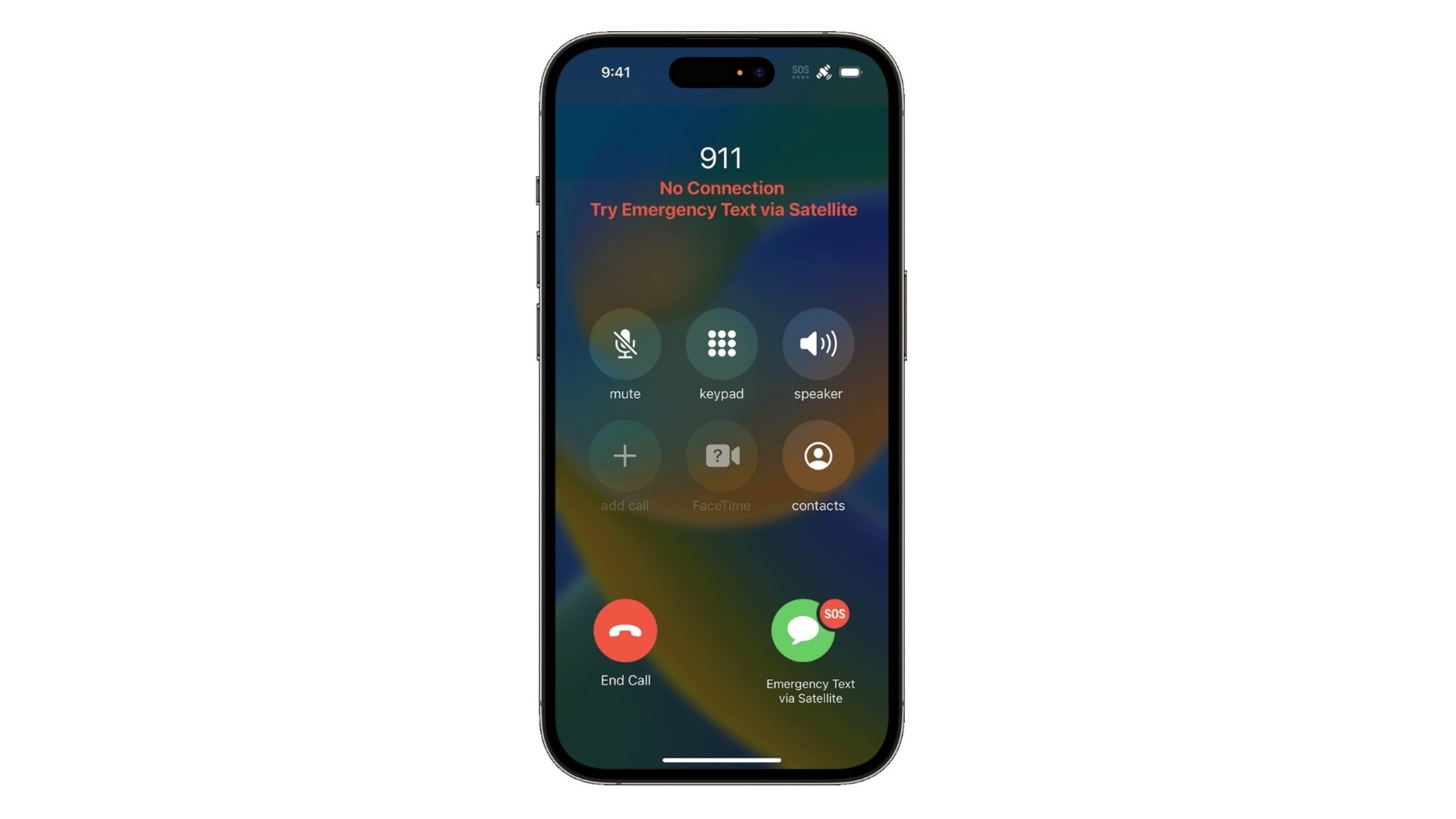 Apple knows that establishing a connection with satellites orbiting hundreds of miles above you isn’t easy. To that end, the iPhone has a special interface that helps you position the device in just the right way so that it can connect with an overhead satellite. It looks a lot like the Find My tracking screen for AirTags.

To access emergency SOS via satellite, you simply dial 911 as you normally would. As pictured above, the iPhone will only suggest using satellite connectivity if you don’t have any other connection. Alternatively, you can press and hold the side button and either one of the volume buttons to reach this screen.

The iPhone has a new interface that helps you position your device to connect with an overhead satellite.

Since it can take upwards of a minute to send each message, Apple will frontload important details like your location, elevation, and medical ID. The interface will also ask you a series of questions to determine which kind of emergency service you need.

Once you connect to a satellite and send an SOS message, Apple’s service will forward the text to the nearest emergency service on the ground. From there, it will be treated as any other emergency call. However, if emergency services in your area don’t accept text messages, Apple also has a ground relay service that will call them on your behalf.

How much does satellite connectivity on the iPhone cost?

You won’t have to worry about overage charges when using satellite connectivity on the iPhone, at least not for the foreseeable future. This is because the Emergency SOS feature works independently of your carrier.

For the first two years, you won’t have to pay a dime for Emergency SOS on the iPhone 14. However, Apple hasn’t disclosed how much the service will cost after that. Looking at competitors like Garmin, however, the service could cost as much as $15 per month.