Apple’s new iPhone 14 and iPhone 14 Pro have arrived. The company has once again launched the same number of iPhones this year as it did the last time and the year before that. This year’s iPhone line-up, however, is more convoluted mainly because of how Apple decided to name the new iPhones and also due to the feature disparity. If you want to buy one of the new iPhones but are wondering which one to pick, then here’s a quick explainer highlighting the key differences between the regular, Plus, Pro, and Max version. 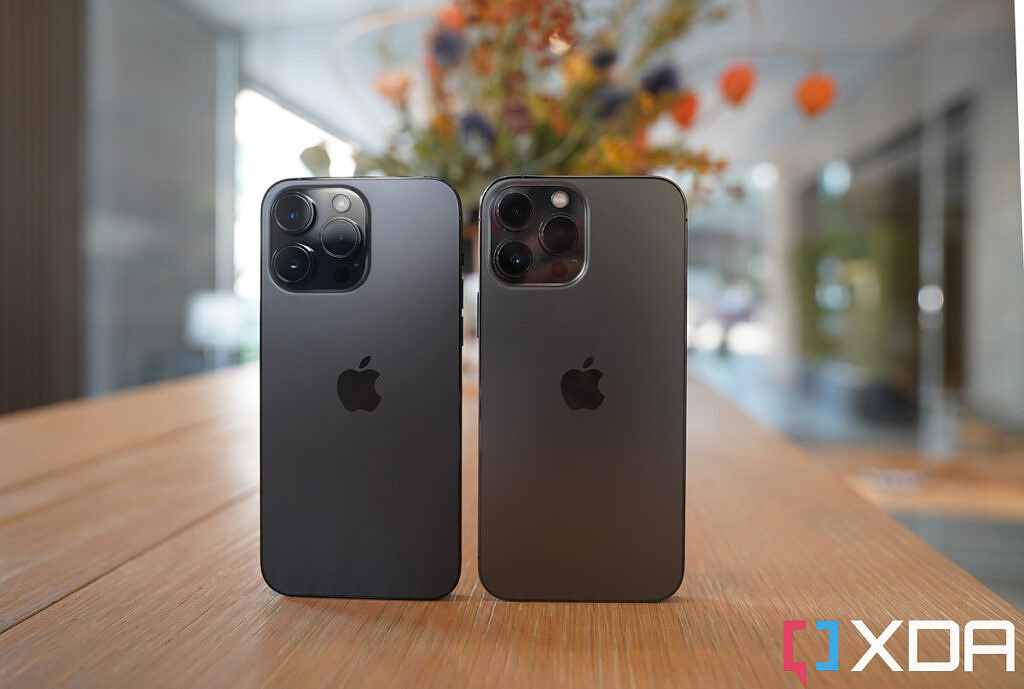 Apple has introduced a total of four new iPhones this year — iPhone 14, iPhone 14 Plus, iPhone 14 Pro, and the iPhone 14 Pro Max. The iPhone 14 Plus is an entirely new product that’s here instead of a “Mini” version, while the rest of the three iPhones are essentially just an upgraded version of what we already have on the market. Even out of those three phones, we think only the “Pro” models bring big and meaningful upgrades to last year’s iPhone 13 Pro handsets. 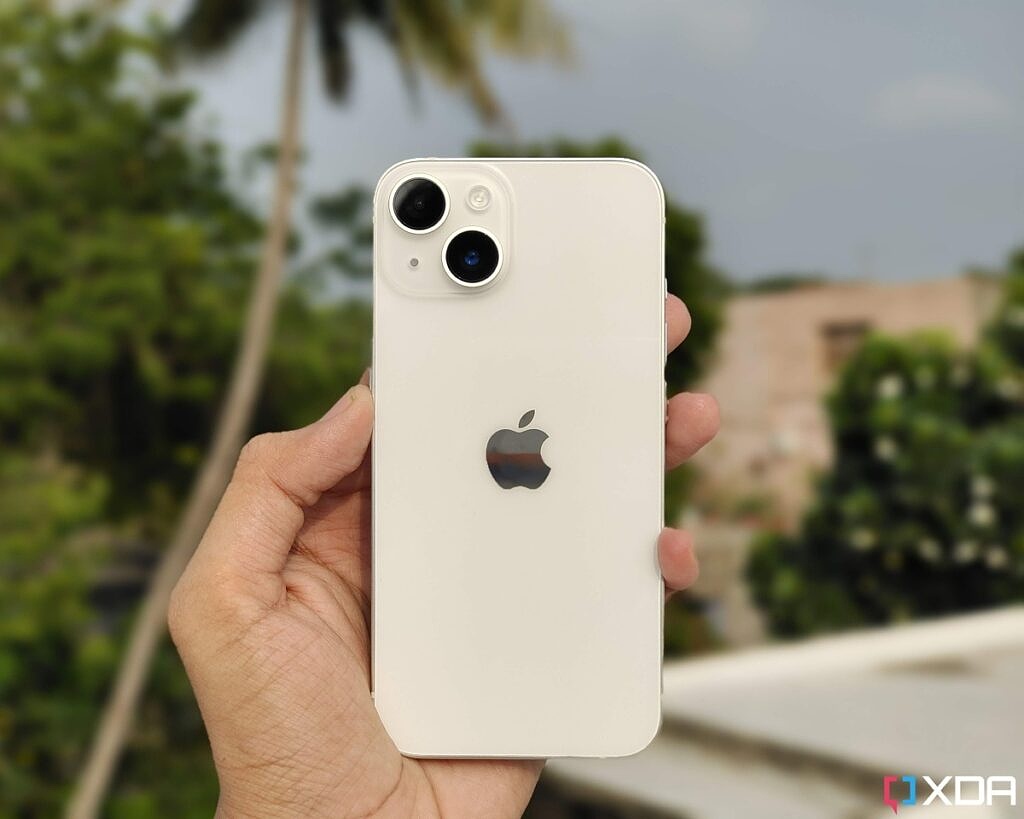 Difference between regular and Pro series of iPhone 14: 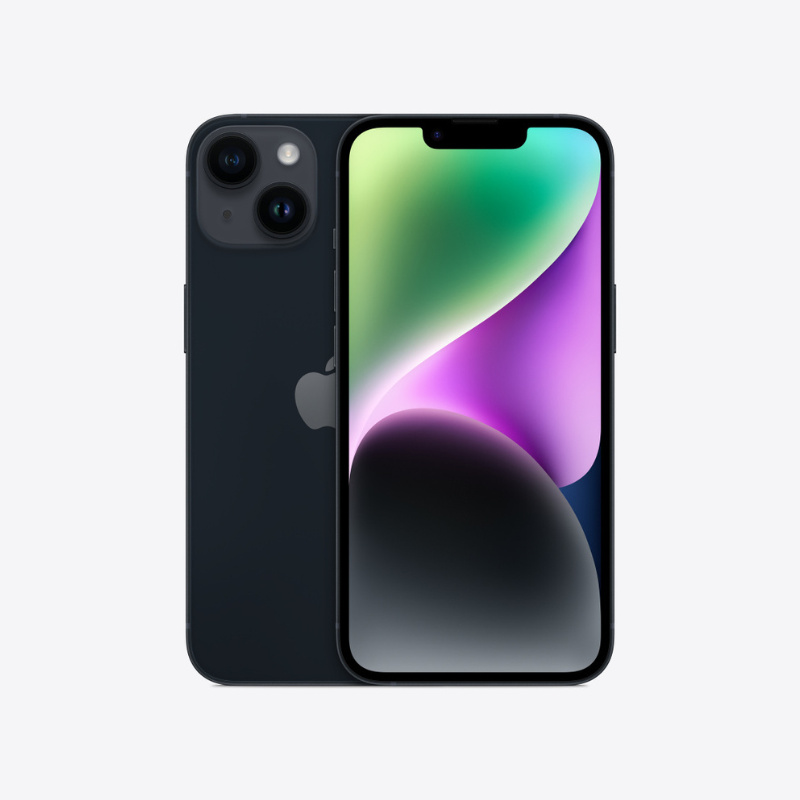 AT&T is selling the iPhone 14 models in various finishes and storage options. You can pay through monthly installments and get credits if you trade in an eligible phone. 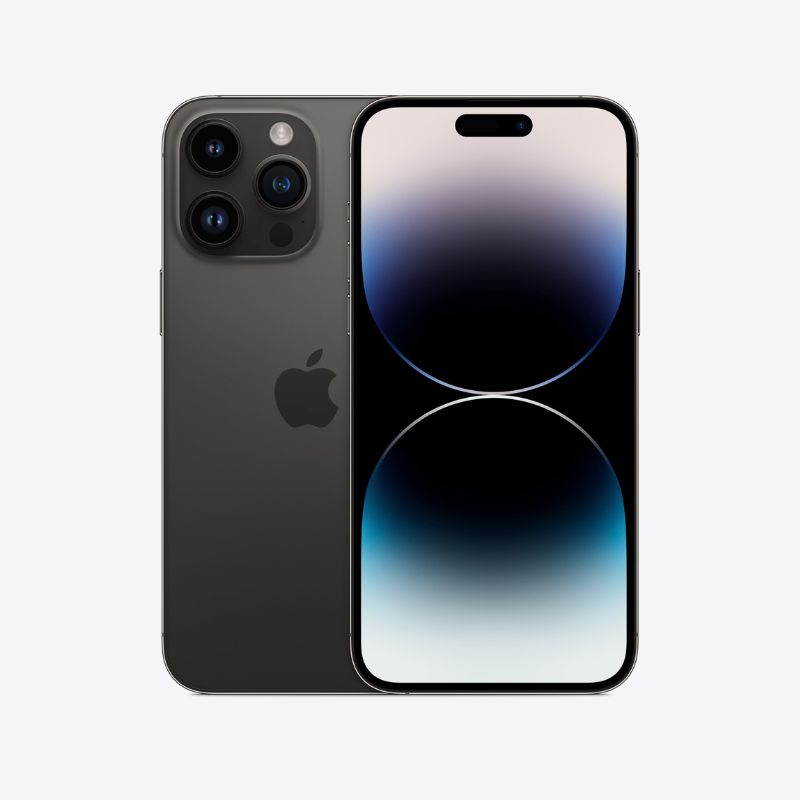 AT&T is selling the iPhone 14 models in various finishes and storage options. You can pay through monthly installments and get credits if you trade in an eligible phone.

Long story short, the new iPhone 14 Plus model won’t be available until next month, so you’ll have to pick either the standard iPhone 14 or one of the Pro models if you don’t want to wait that long to get your hands on a new iPhone. But how do they stack up against each other?

Here’s how each new model in the iPhone 14 series stacks up against one another on paper:

Regular vs the “Pro” iPhones

The new iPhone 14 Pro and the iPhone 14 Pro Max have a pill-shaped cutout instead of a notch on top of the display. This is a big change for the new iPhones as they’re the first ones — besides the affordable SE models — without a notch since the iPhone X debuted back in 2018. It’s called Dynamic Island and it moves around and animates to show you different UI elements. 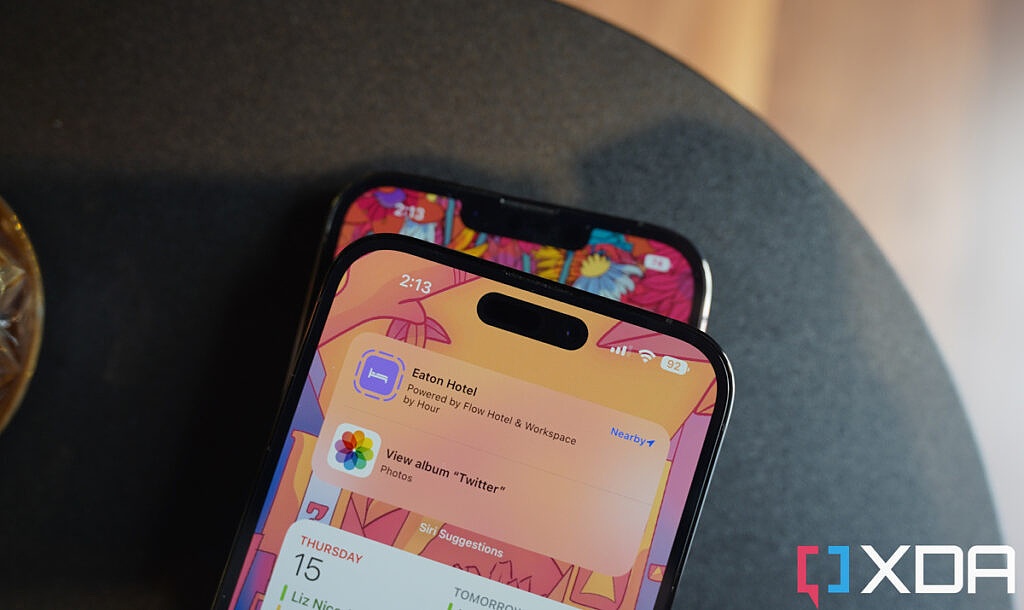 It definitely looks better than anything we’ve seen in the Android space, you can learn more about it in our iPhone 14 Pro Max hands-on. The Dynamic Island, however, is exclusive to the Pro models, meaning the regular iPhone 14 and the iPhone 14 Plus still have a notch. In fact, Apple didn’t even reduce the size of the notch on the iPhone 14, so it’s visually identical to the iPhone 13’s notch.

In addition to Dynamic Island, the Pro models are still the only iPhones with support for ProMotion technology with adaptive refresh rates up to 120Hz. The regular iPhone 14 and the iPhone 14 Plus still top out at 60Hz. Also new to the Pro models this year is support for Always-On display. This is said to be enabled by A16 Bionic’s new display engine, which is also responsible for insanely high brightness support of up to 2,000 nits on the iPhone 14 Pro and the iPhone 14 Pro Max. The cheaper iPhone 14 models are still powered by the last year’s A15 Bionic chipset, meaning they don’t support Always-On display and they top out at 1,200 nits of peak brightness. 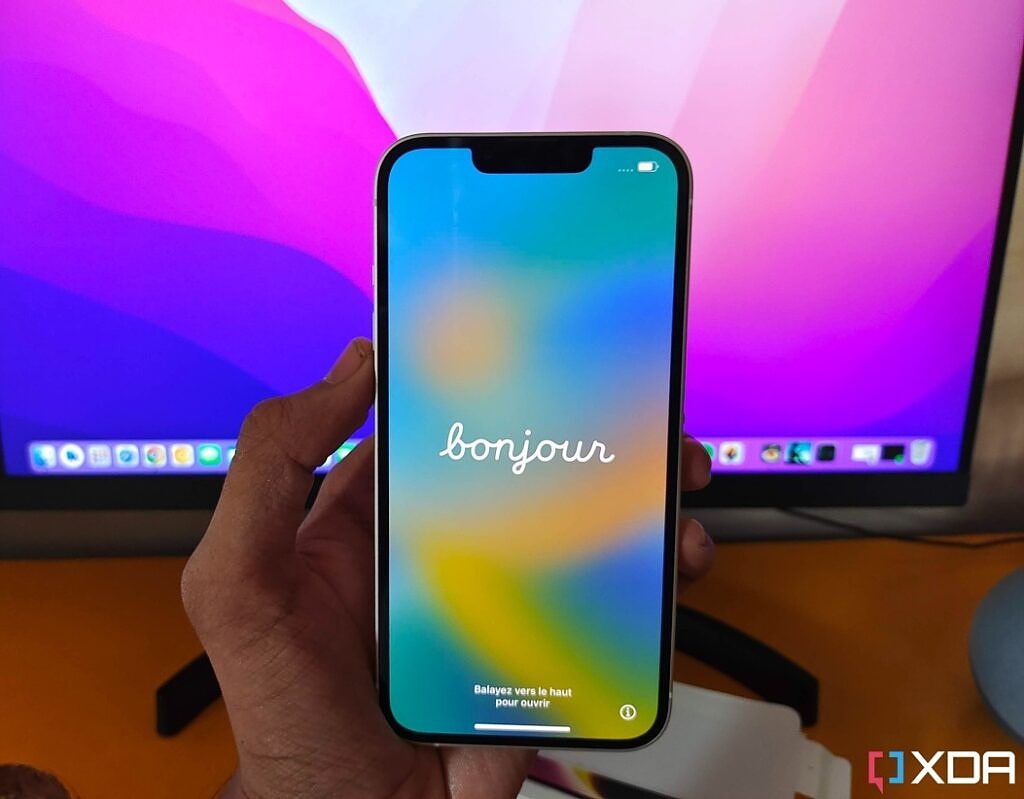 As expected, only the Pro models have seen a spec bump this year, meaning you’ll have to spend more money to get the best Apple silicon. The company’s new A16 Bionic brings a lot of meaningful upgrades to the table but it’s limited to the iPhone 14 Pro and the iPhone 14 Pro Max. The standard iPhone 14 and the iPhone 14 Plus, on the other hand, will use last year’s A15 Bionic. It’s still an upgrade from the iPhone 13 because new ones use the A15 Bionic with a 5-core GPU instead of the 4-core SKU. 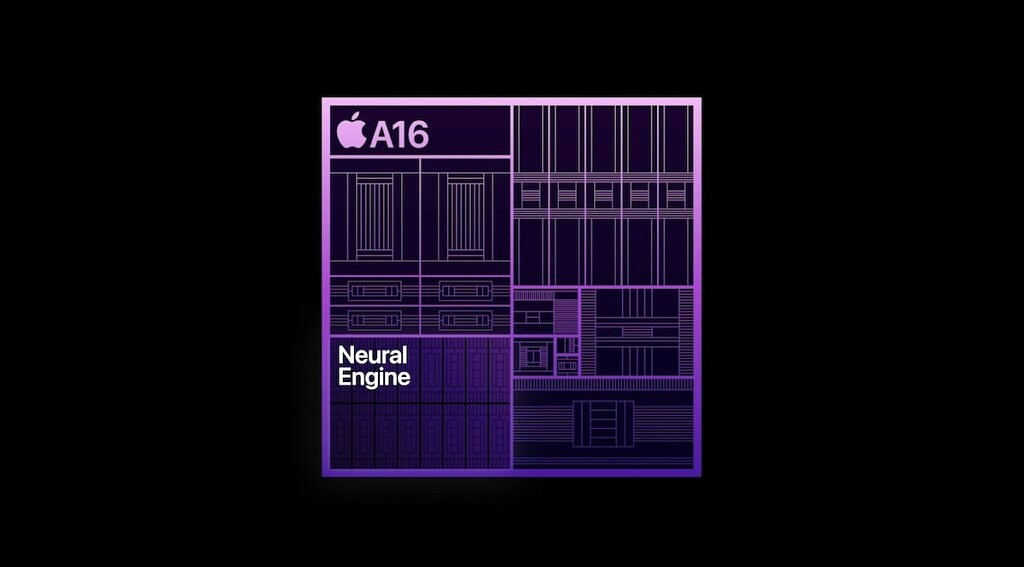 Apple’s A16 Bionic may not bring any significant upgrades to the overall performance, but it adds things like the display engine for a significantly better experience. Not to mention, it’s also significantly more power-efficient so you can expect to see better battery life on the Pro models this year.

Another obvious difference is on the storage front. The non-Pro iPhones start at 128GB and top out at 512GB storage for the top-of-the-line variant, whereas the new iPhone 14 Pro models can be purchased with up to 1TB of storage. Do keep in mind that you’ll have to pick up at least the 256GB variant of the Pro variants to take advantage of features like ProRes video recording at 4K-30fps.

Apple hasn’t shared the official battery specs, but it’s safe to say that both the bigger iPhones will have significantly better battery life than the smaller ones. All the iPhones are fast-charge capable with a 20W adapter or higher and they also support MagSafe and Qi wireless charging.

It is safe to say that the Pro models have received all the camera upgrades this year as the standard iPhone 14 and the iPhone 14 Plus use the same dual-camera system from last year’s regular iPhone 13. The cameras are one of the biggest draws for the Pro models, so you’ll have to decide whether you want the absolute best of what Apple has to offer or stick with a basic, yet reliable camera system. 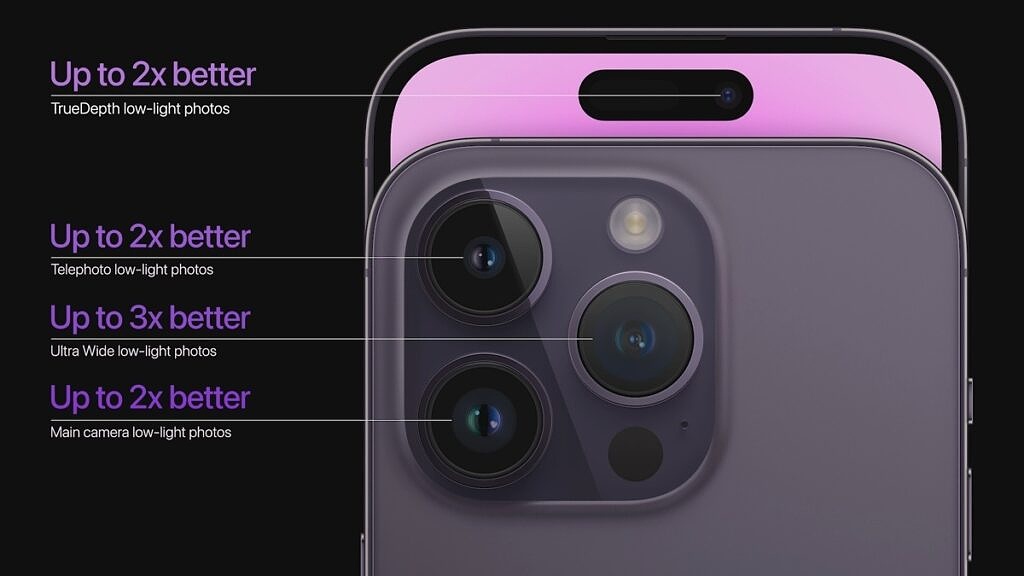 For the first time ever, the iPhone is moving away from a 12MP sensor to a 48MP one. This is expected to be a big leap for “professional” users who take photography and videography rather seriously. You can expect to see some major improvements in low-light photography thanks to the new photonic engine. You can also expect to see some minor improvements in the shots captured using the ultra-wide and telephoto lens compared to last year’s iPhone 13 Pro models. The real show-stopper, however, is that 48MP sensor, which is exclusive to the Pro models.

Here are some samples captured using the iPhone 14 Pro Max: 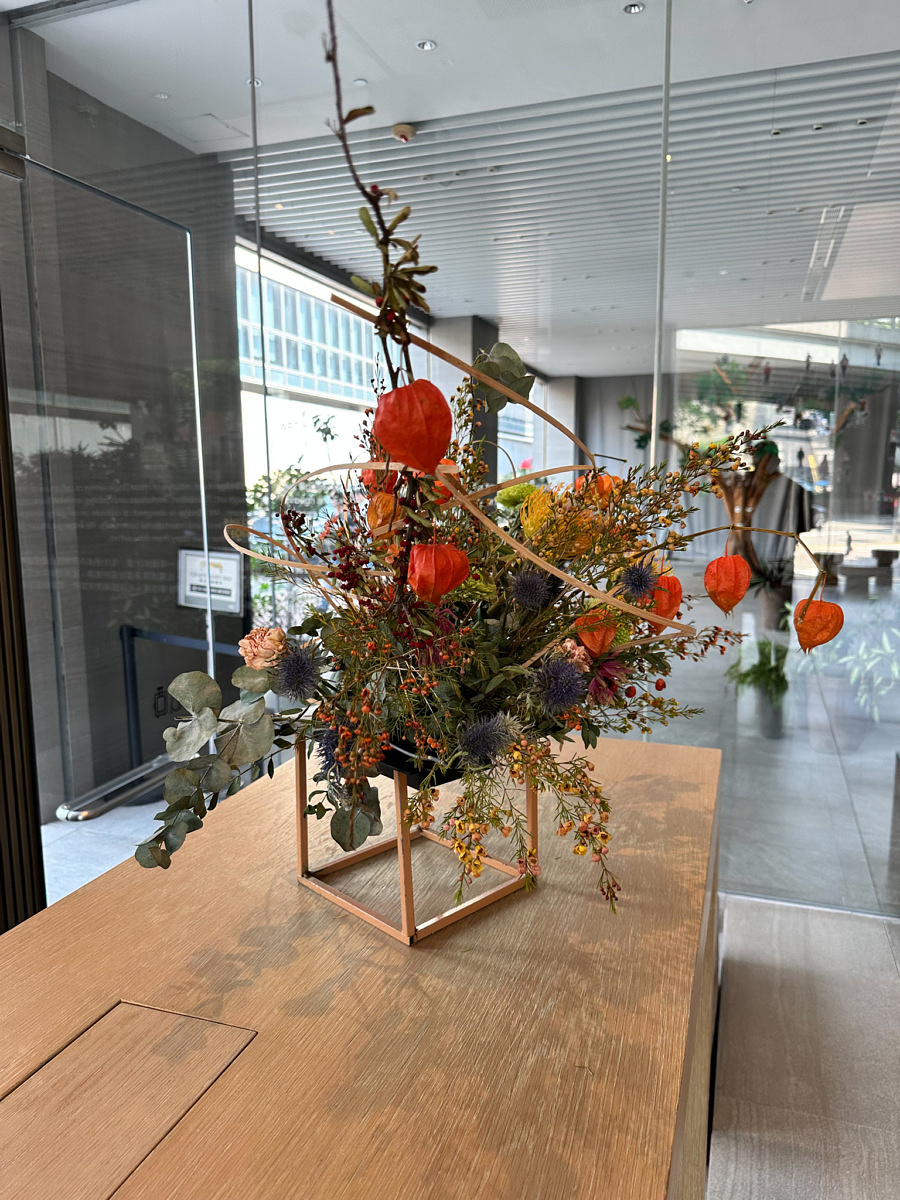 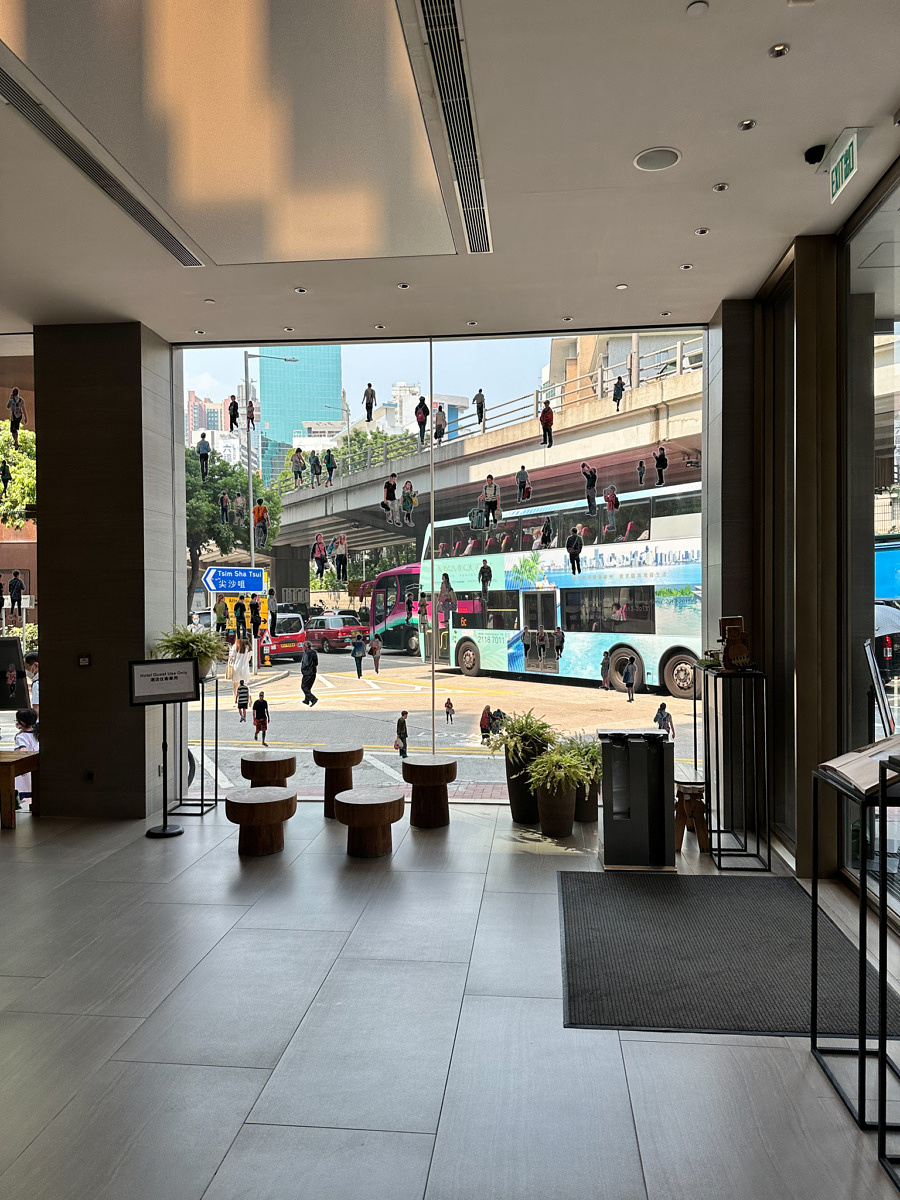 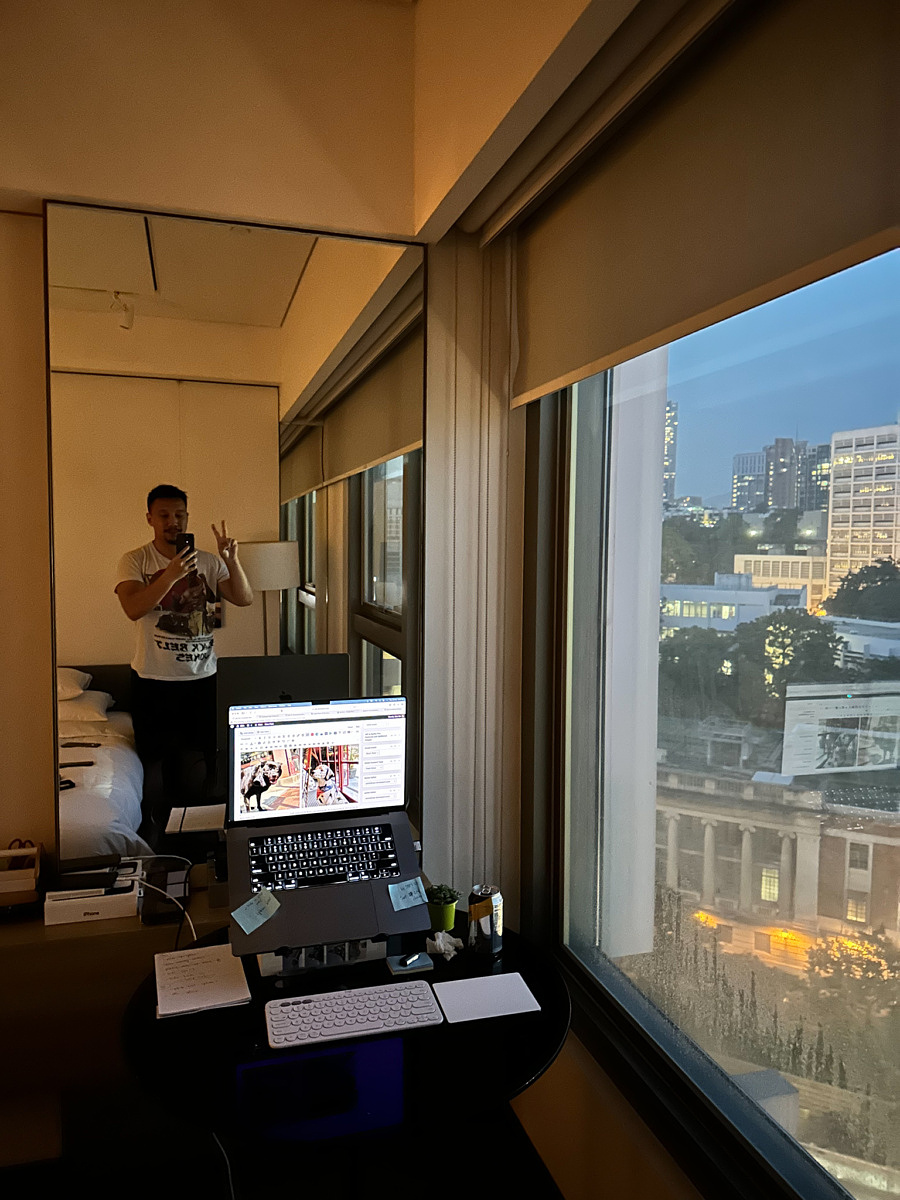 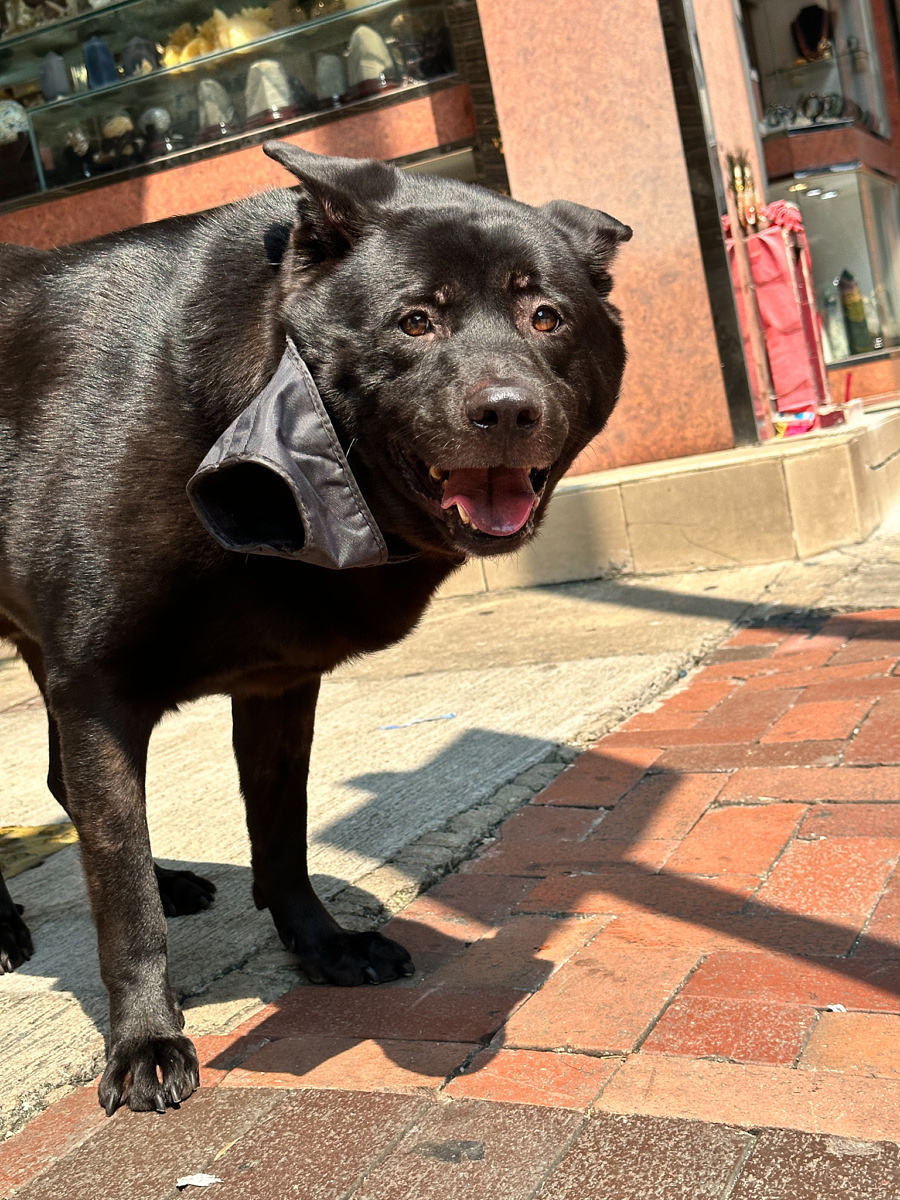 The non-Pro iPhones also benefit from the new Photonic Engine, but they continue to have a dual-camera setup with 12MP main and ultra-wide sensors. We don’t have any samples to compare right now, but we think the photos captured using the iPhone 14 and the iPhone 14 Plus will look pretty much the same as the ones taken on, say, the iPhone 13 for daytime shots. Improvements, if any, are likely to be for lower-light photography. 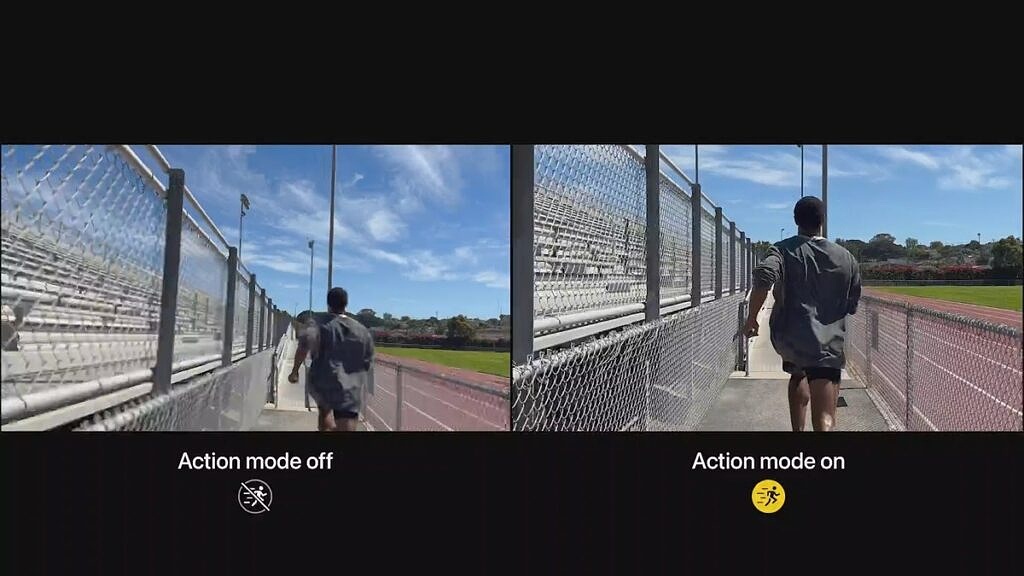 On the video front, you’ll have to once again pick up the Pro models for ProRes and Macro video recording. The Pro models also support 3x optical zoom-in, something which is missing on the standard iPhones. All the new iPhones have a 12MP selfie shooter on the front, but once again only the Pro iPhones support ProRes video recording using the selfie camera, not the regular ones.

Besides the obvious size differences, it’s very easy to say that the Pro models bring significantly better features to the table compared to the standard iPhones this year. Not only do you get a very unique camera cutout on the top, but you also get a better screen overall with support for a higher refresh rate, and higher peak brightness. You also get a better chipset inside the Pro models instead of just a storage bump on the top end. Lastly, the biggest difference between the Pro and the regular iPhone 14 models has to be the camera. The Pro gives you a new 48MP wide sensor which is said to be up to 65-percent larger. 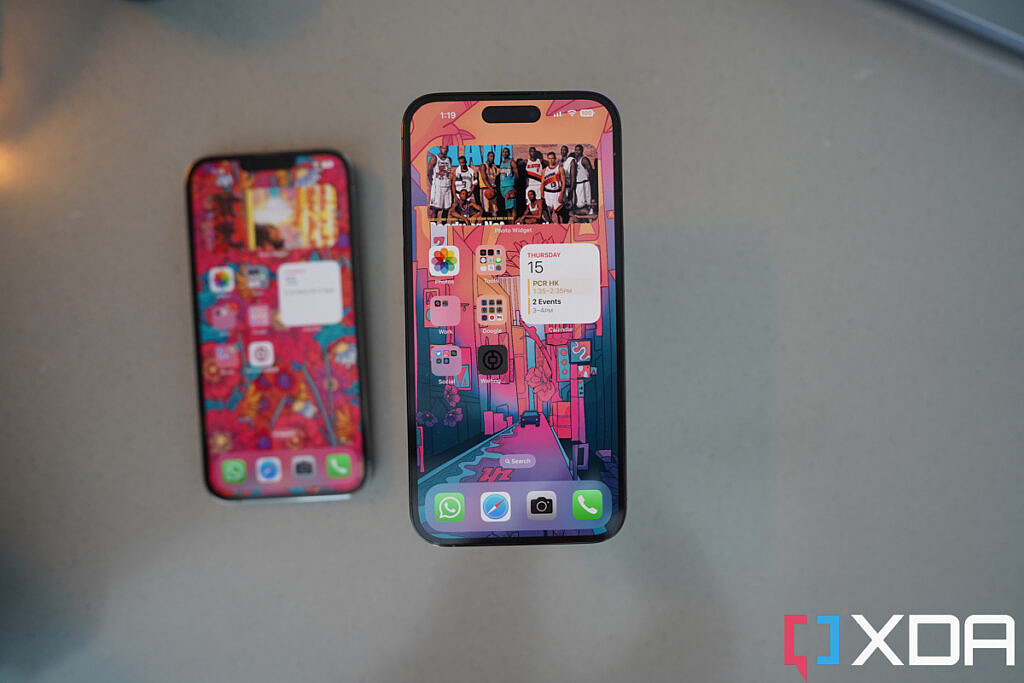 If you care about these advanced “Pro” features then it might be worth spending more money to get the Pro models this year for you. But if you’re not chasing cutting-edge technology and just want an iPhone that can last you for a few years then you’ll find plenty of value in the regular iPhone 14 too. The differences between the smaller and the “Plus” or “Max” variants, as we mentioned earlier, are only limited to the screen and the battery size. You don’t get a SIM card tray on either of these phones, so keep that in mind. It essentially comes down to a personal preference, so we’ll leave it up to you to decide which size works best for you. 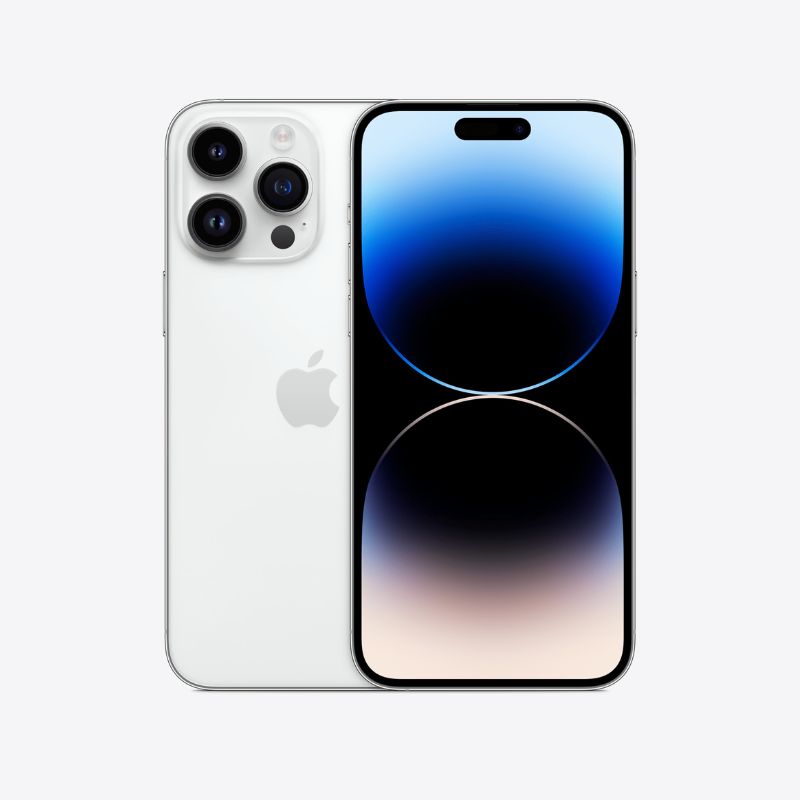 Apple’s new Pro models this year really push the envelope with their upgrades in display and camera department. 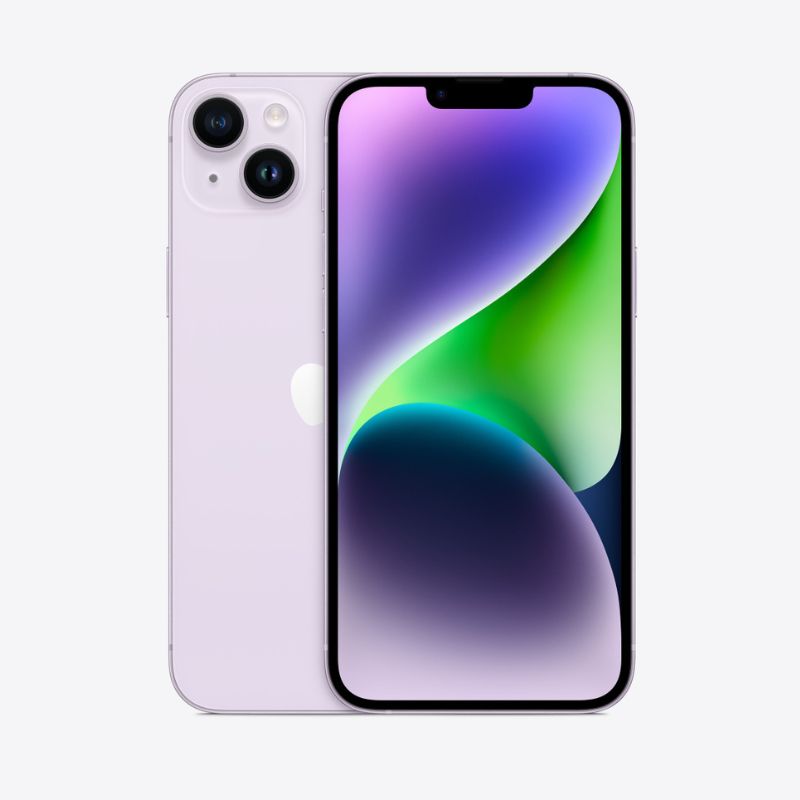 If none of the new iPhones have managed to catch your fancy, then you can also consider buying the iPhone 13 or the iPhone 13 Mini, both of which are still available to purchase at a cheaper price now. We’ve highlighted some of the best iPhone 14 deals as well, but there’s no denying that the older iPhones, especially the iPhone 13, still offer a lot of bang for your buck.

The post Apple’s iPhone 14 series explained: What’s the difference between the regular, Plus, Pro, and Max versions? appeared first on XDA.